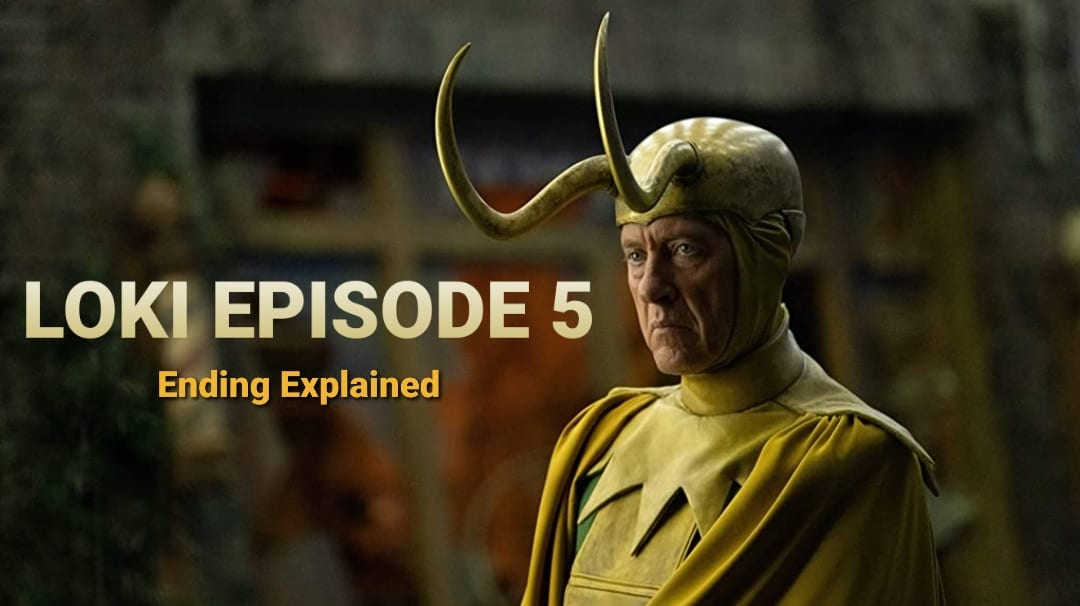 Loki episode 5 gave us arguably the biggest spectacle ride out of all Marvel shows so far, so today we will be getting its ending explained. The penultimate episode of this series started with Loki being welcomed to the void by three of his alters. Classic Loki tells the main Loki to make haste or the storm monster Alioth will eat them. Alioth is a powerful trans-temporal entity in the comics that feeds off of matter and energy. In the comics, Alioth was the only being that Kang the Conqueror was scared of. The three Loki alters — Classic Loki, Boastful Loki, and Kid Loki direct our Loki to a safe house. Meanwhile, our Loki is trying his best to contend with the absurdity of what is going on. Surprisingly, as he puts it, the alligator with the horns accompanying them is not the weirdest part of it.

Frustrated, he stops them and asks just what is going on. Classic Loki then tells him to keep it down since it would attract the attention of Alioth. The main Loki and the audience then learn that the alligator is also a Loki. Loki then asks the alters if they ever want to get out of this void. As he suggests using a TemPad, the alters start laughing at the very obvious and silly solution. Main Loki then also suggests creating a nexus event there. However, as Classic Loki replies, the TVA doesn’t care for the void, and hence creating a nexus event would be inconsequential. This group of Lokis then head off to their underground bunker safehouse. It seems that the kid Loki is the boss of these alters. We also learn that his nexus event in his timeline was killing Thor.

Faceoff of the Lokis

Meanwhile, back in the TVA, Ravonna is stalling for time by lying to Sylvie about some void craft to travel to the void. Sylvie, however, doesn’t buy it, and when the TVA guards arrive, she steals Ravonna’s TemPad and prunes herself. Back in the void, the alter Lokis are taking a breather. Boastful Loki boasts about his story and claims to have defeated the Avengers in his timeline all by himself. As the others call him out on his story, the gator Loki and boastful Loki have a little skirmish. Then Classic Loki tells his story of spending most of his days in solitude before TVA pruning him. He also reveals how he defeated Thanos through the sheer power of his magic. This impressive magical ability of his reappears in an important moment later on in the episode.

Main Loki then asks the alters for help getting out of the void and assist in his glorious purpose. As the alters laugh it off, Loki heads for the exit out of the bunker. However, as he opens the lid of the bunker, a dozen other Lokis stand outside to welcome him. Then we get a hilarious sequence of President Loki and other alter facing off the four alters. We then learn that Boastful Loki betrayed the rest of the bunch and told President Loki about our Loki. However, in classic Loki style, all the other Lokis turn on each other, and a hilarious fight ensues. Main Loki, along with Classic Loki, Kid Loki, and Gator Loki make their way out of the bunker. As Classic Loki laments the broken and betraying nature of a Loki, main Loki asks them to help him.

Classic Loki agrees to help, on the condition that they will only take him to Alioth but not any further. Meanwhile, as Sylvie lands in the void, she is instantly welcomed by Alioth. As she tries to make a run for it, she has a brief moment where she makes contact with him. She sees a series of visions and then continues to escape from him. That’s when a car is heading towards her. The driver is none other than Mobius, who takes Sylvie inside, and together they escape Alioth. Sylvie then asks Mobius to turn around since she believes that Alioth’s the ticket to what lies beyond the void. Mobius and Sylvie then eventually meet Loki and the alters. As our Loki is talking about his plan to kill Alioth, Sylvie scoffs at him.

Sylvie tells him that killing will not do anything, which is also likely impossible. She reveals that she plans to enchant it. While Loki laughs in disbelief, Sylvie is pretty confident, and others are on board with the plan. We then see Loki and Sylvie share another moment of love as they snuggle inside a shared blanket. It seems they are still shying away from accepting their love for each other. Loki episode 5 ending sees Loki and Sylvie bidding farewell to Mobius. Loki hugs Mobius in an emotional goodbye, and Mobius exits the void with the help of TemPad that she stole. Meanwhile, Classic Loki and Kid Loki, along with Gator Loki, also say goodbye. Main Loki and Sylvie then head off to confront Alioth. Sylvie tells Loki to distract the giant cloud monster while she enchants him. 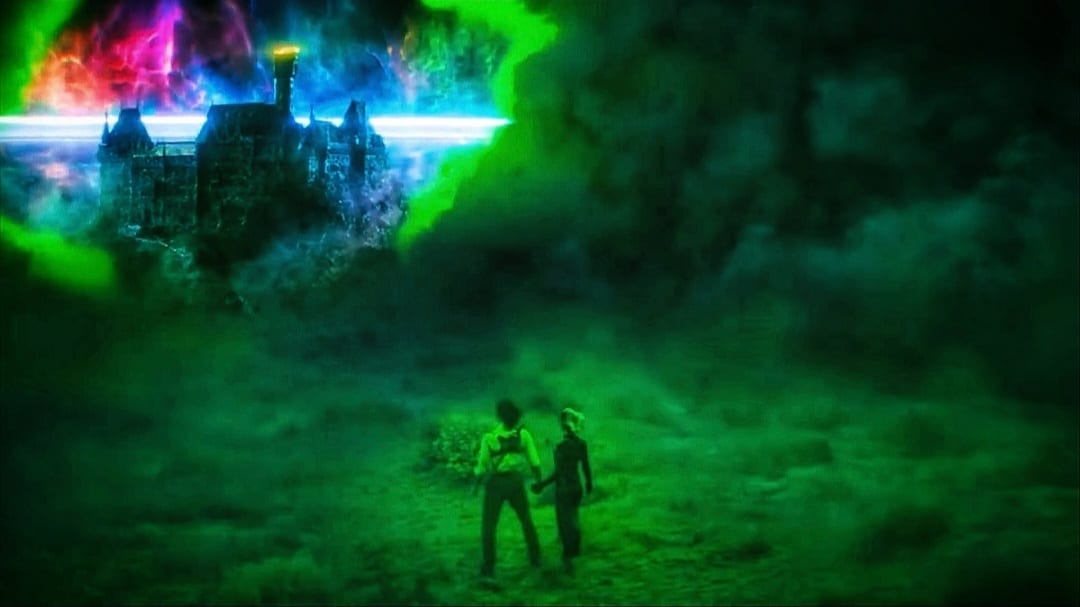 Episode 5 ends with Loki and Sylvie heading towards the mysterious castle at the end of time.

Loki Episode 5 Ending Explained: What Lies At The End Of Time?

Loki runs off the other way, trying to distract him, but he fails to lure him away from Sylvie. As Alioth closes in on Sylvie, we get the biggest spectacle of the show. Alioth is suddenly distracted by an immense illusory projection of the Asgard being conjured up. We soon learn that it’s the Classic Loki is the one who’s conjuring up this giant illusion. As Sylvie wonders how he’s doing that, Loki tells her that maybe they’re much stronger than they realize. While Alioth goes in to destroy the illusion, Loki and Sylvie latch on to two of Alioth’s cloud arms. As Classic Loki makes a last stand, having finally found his glorious purpose, Alioth finally consumes him. Then Alioth turns towards Sylvie and Loki, but they successfully enchant it. Following that, Alioth dissipates to reveal a citadel floating atop a rock floating at the end of time.

Loki episode 5 ending sees Loki and Sylvie walking towards the castle before the credits start rolling. So who does this castle belong to? Obviously, the one who remains at the end of all time and who created the TVA resides in this castle. Loki and Sylvie are headed to the castle that we got a little glimpse of in the trailers before. As to who exactly is the big bad of the show, Kang the Conqueror makes for a very compelling case. We also saw an Easter egg related to Kang earlier in this episode. It makes sense that the castle during the Loki episode 5 ending belongs to the time-lord Kang the Conqueror himself.

Loki is currently available to stream on Disney+.