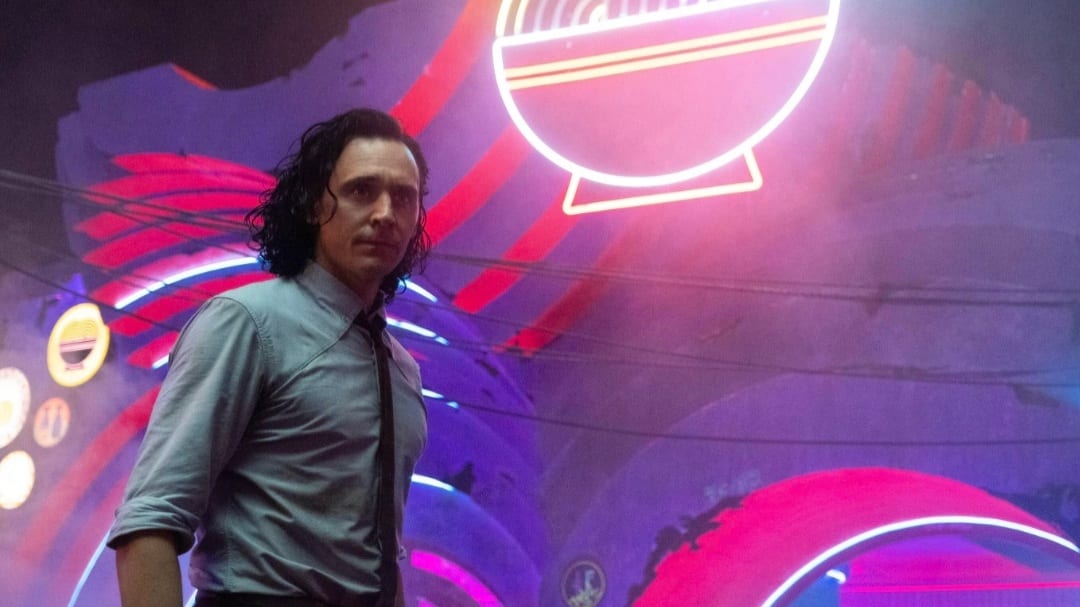 Loki episode 3 just gave us the misfit team-up of Loki and Lady Loki that the ending of episode 2 promised us. To jog your memory up on what happened in Loki episode 2 ending, here’s a quick recap. The episode had the TVA agents, led by Mobius and Loki, failing to capture the variant Loki. Not only that, but Lady Loki (now officially “Sylvie”) manages to one-up them all and bombard the sacred timeline. As the episode concludes, Sylvie uses a time portal to skedaddle out of the scene. And Loki, too, enters the portal before the running and screaming Mobius and Co. can do anything. With that ending, it was obvious that Loki will be pursuing the variant, and there’ll be inevitable clashes and banter. Well, we got to see just that in episode 3, and then some.

While this episode didn’t do much to forward the plot, we did get more information on Lady Loki. One of the things we got to know about her is that she hates the name. She has ditched the Norse name and instead goes by “Sylvie”. We also got to see a kind of romantic tension between the two alternate versions. Is having a thing for the alternate reality version of you weird? Well, weird as it might be, the banter between the two was sure fun to watch. Both versions try to show the other one who the superior one of them is, managing to fail remarkably equally. We also get to see a unique dynamic between the two as they open up to each other. Let’s now go through a detailed recap of episode three before we jump onto the ending. SPOILERS AHEAD! 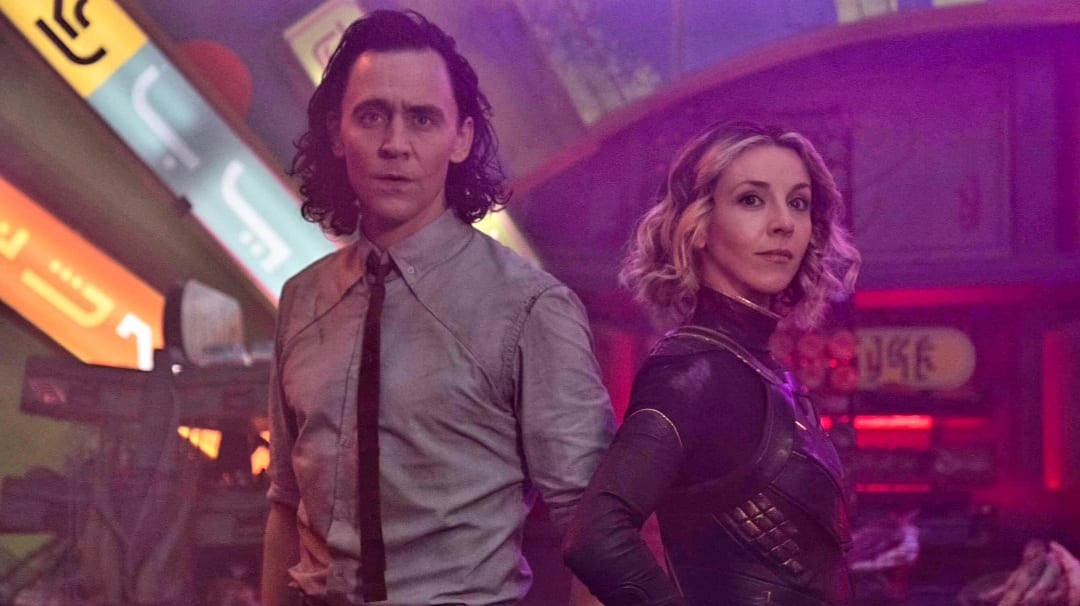 Sylvie and Loki find themselves stuck in the apocalyptic moon called Lamentis in Loki Episode 3.

Loki episode 3, ‘Lamentis’, started with Sylvie talking to Hunter C-20 in a restaurant like they’re long-time best friends. Both C-20 and Sylvie are sporting casual human clothes and chatting like friends. This obvious simulation starts to unravel as Sylvie slyly coaxes C-20 about the Time Keepers. She asks her how many people are guarding the Time Keepers and how to get to the elevator. As the anomalous query puts C-20 off, she realizes that this setting is not real. We learn that Sylvie had enchanted C-20 by creating the simulation inside her mind, using residual fragments of dormant memories. She explains her methods of enchantment later on in the episode. We then jump back to where the previous episode ended. Sylvie crosses through the portal and lands inside TVA. Defeating the guards through hand-to-hand combat (she soon realizes magic doesn’t work there), she makes her way to the elevators.

Loki follows, takes his knives out of the closet, and confronts her. Rennslayer halts their confrontation, which is when Loki uses the TemPad, teleporting Sylvie and himself. They pass through the portal and land in what seems to be the interiors of a hut. Sylvie lunges for the TemPad, but Loki tries to stop her. Sylvie manages to catch it but learns that it needs a recharge because the battery’s dead. Loki quickly snatches the TemPad away from her, and before she can take it back, he magically hides it away. We then find out, along with the two variants, that they’ve landed on Lamentis-1. It’s a moon drenched in a blue hue and on the immediate brink of destruction. A planet is about to crash into it, erasing all life. Meanwhile, Loki and Sylvie dodge the falling debris and take cover.

Loki and Sylvie on Lamentis-1.

The banter between the two continues, with Sylvie trying to kill Loki. However, he has the TemPad, and Sylvie knows how to recharge it. And so, they both reluctantly persevere. As they make their way to a nearby town, Sylvie reveals that she’s indeed a Loki. However, she has adopted a new alias — Sylvie! They then come across another hut in search of an energy source that can recharge the TemPad. While Sylvie tries to break into the hut, all guns blazing, Loki suggests “diplomacy and guile.” As it turns out, he was right, as the woman sitting inside the hut blasts off Sylvie with her weapon. It’s Loki’s turn then, who tries to transform into her late husband after noticing his photograph. However, she doesn’t take the bait and blast him away too.

When the woman asks the two “devils” what they want, Sylvie responds by asking where everyone is. The woman tells them they’re all headed to the evacuation vessel to reach the “Ark”. Sylvie tells Loki that a thing like that might have enough power to recharge the TemPad. They then head off to the vessel train and manage to get on it by using their powers in harmony. Inside the train is where we get to see them open up. Sylvie asks Loki about his mother as he reminisces how she taught him magic tricks in his childhood. Here’s where we also learn a big part about Loki’s character — he’s bisexual. Although he never mentions it outright, he alludes to it and also that Sylvie must be as well. They also talk about family, adoption, and love as Loki downs champagne, which Sylvie refuses.

When Sylvie wakes up from her nap, she finds Loki all drunk, singing some Asgardian song without his disguise. Sylvie warns Loki and tells him about a man that she noted to be suspicious. While Loki facetiously asks her why she’s paranoid, her suspicions come true. Several guards arrive and ask them for the ticket. Failing to conjure one magically, a throwdown ensues. The fight concludes with two guards throwing Loki out of the train while Sylvie follows suit and jumps out too. An enraged Sylvie lets out a scream and sits atop a rock when Loki proposes an idea. He suggests boarding the Ark and take-off before the apocalypse destroys it. Sylvie entertains the idea, and together they start walking towards Ark. On their way, Loki asks Sylvie how her enchantment works.

Loki and Sylvie making an escape through the evacuation vessel. S1Ep3.

Sylvie eventually tells him how it works. She has to make physical contact with the person and make a fantasy world in their mind with their memories. That’s when she tells him about Hunter C-20 and how her mind was all messed up. She then tells him how she had to pull a memory of hers from hundreds of years ago, before “she even fought for the TVA.” When a shocked Loki asks her what she means, Sylvie says C-20 was once a human from Earth. This is when Loki, along with the audience, realizes that the TVA agents are all actually variants. This is going to come into play when Loki reveals this to them, especially Mobius. Anyway, as they near the Ark, Loki and Sylvie dodge falling debris and fight off guards to get in.

However, it doesn’t pan out well for them as a big chunk of debris from the planet destroys Ark. Before the credits start rolling, Loki episode 3 leaves us with a cliffhanger ending. As Loki stares at the destroyed Ark and Sylvie turns back and walks off, what are they going to do now? How are they going to make their way out of Lamentis-1? These are all the pressing questions we have to contend with until the next episode arrives on Disney+.

Towards the ending of Loki episode 3, a drunk Loki spoils the plan to reach the arc. The duo has a confrontation with the guards on the train. The fight ends with the duo being thrown out of the train. An enraged Sylvie asks Loki for the TemPad, which he pulls out of his back pocket. The caveat? The TemPad is broken beyond repair. While Sylvie bellows out her rage and frustration, Loki tries to calm her down. Then he proposes an idea. He asks Sylvie about the Ark. Sylvie tells him that Ark is going to get destroyed eventually. However, Loki suggests that they get inside the Ark before the planet comes crashing down and destroys it. The plan is to get the Ark to take off before the apocalypse destroys the moon. Sylvie agrees, and both of them try to enter the Ark before a big chunk of the planet obliterates it. 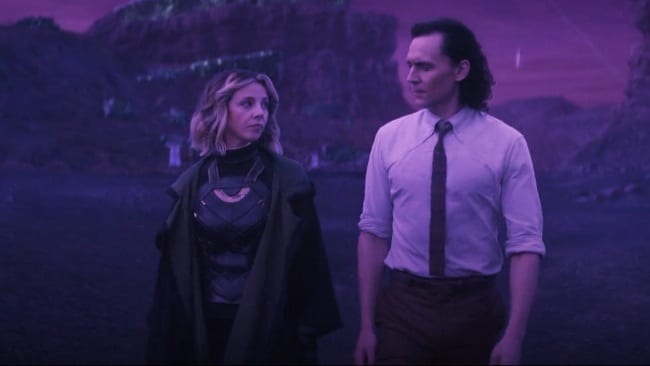 The ending of Loki episode 3 leaves us with a cliffhanger, making us wonder just how the duo escapes this. Their initial plan to recharge the TemPad through the Ark goes down the drain, thanks to Loki. To compensate for that, Loki improvises and proposes a radical idea to enter the Ark and take off. However, the impending doom soils that plan too. With the TemPad and the Ark both destroyed, how will Loki and Sylvie get out of Lamentis? One way might be the TemPad itself. And no, it isn’t y repairing it or anything. It might not need any repairs at all because it might not be destroyed at all. Loki is dexterous with his matter manipulation magic. He can very easily make it look like the TemPad is broken.

Is Loki Hiding Something?

As to why he would do such trickery, I think the answer is right in the episode. The illusion of a broken TemPad might be a ploy to test Sylvie and if she’s trustworthy or not. He tells her exactly that when he asks her about how the enchantment works. So it all may very well be a way to check the waters with Sylvie. It may also be a way to get to know what her entire plan entails. We still don’t have a good idea of what exactly Sylvie’s game plan with the Time Keepers is. And to that end, we might very well see Loki having more than one ace up his sleeve. I think the tesseract containing the space stone can come into play.

For some reason, Loki and the space stone can’t seem to be away from each other for long. Whether it’s to bring the Chittauri to Earth, or stealing it from Asgard, or using it to branch a timeline, the tesseract and Loki have been like two great friends. So here’s the theory, maybe Loki is carrying the space stone with him all this time. That might also take care of the TemPad recharging problem — a space stone could easily do that. But then why go along with the shenanigans and all the trouble to reach the Ark? Well, it serves as a great test to gauge Sylvie’s trust in him and her game plan. No matter what the cliffhanger ending entails, we’re game, and we’re here for Loki!

You can catch all-new episodes of Loki on Disney+ Hotstar.