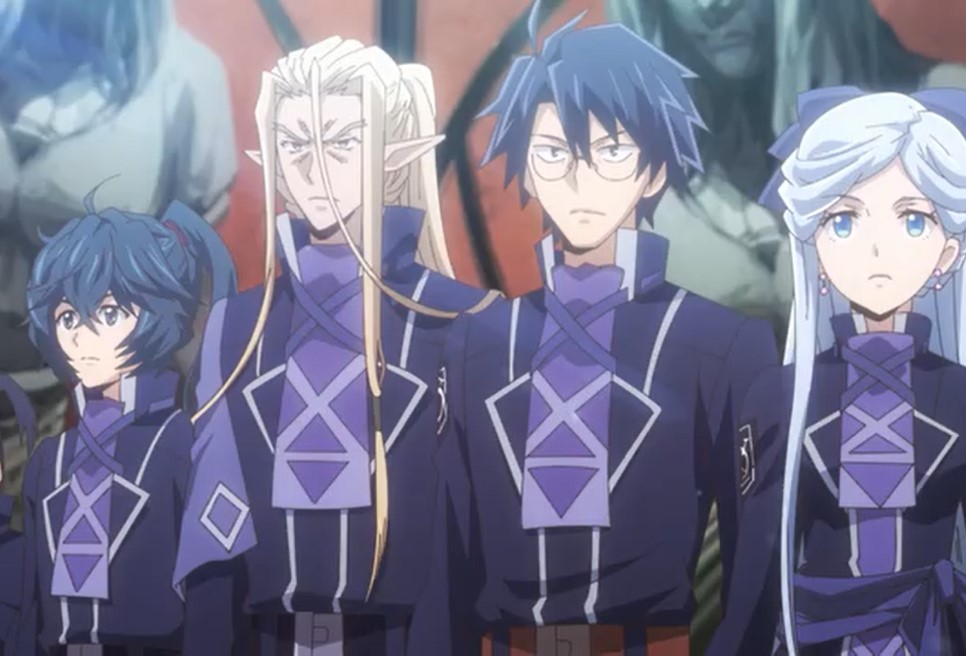 The Round Table Conference has begun, and Eins announces that they will call for founding a new Akiba Government assembly. Meanwhile, Lenessia has rejected Lord Marves offer and said she has duties in this town. She also told Lord Marves that she could not abandon her people. At the Conference, Shiroa noted that he knew from the start it would turn out this way. He also concludes d that their duty is over since it has reached a limit.

Akatsuki realizes that on that day, Apocalypse occurred. It trapped the players in a world that looked just like the one in the game. A year has passed ever since that incident. The Adventurers in Akiba have lived helping each other under the Round Table Conference’s leadership. Round Table Decrement, the eleven reps at the Round Table. Before they knew it, they become a circle that could fall apart at any time.

Log Horizon: Destruction of the Round Table Season 3 Episode 2 Released Date and Recap

Log Horizon: Destruction of the Round Table Season 3 Episode 2 will be released on Wednesday, 20 January 2021, at 7:25 PM JST. For those who enjoy streaming across different platforms, they can stream Log Horizon on AnimeLab and Funimation. We have more updates on this link: Log Horizon. The new episode of this Anime will be released every Wednesday. Let us move to the following information down here. 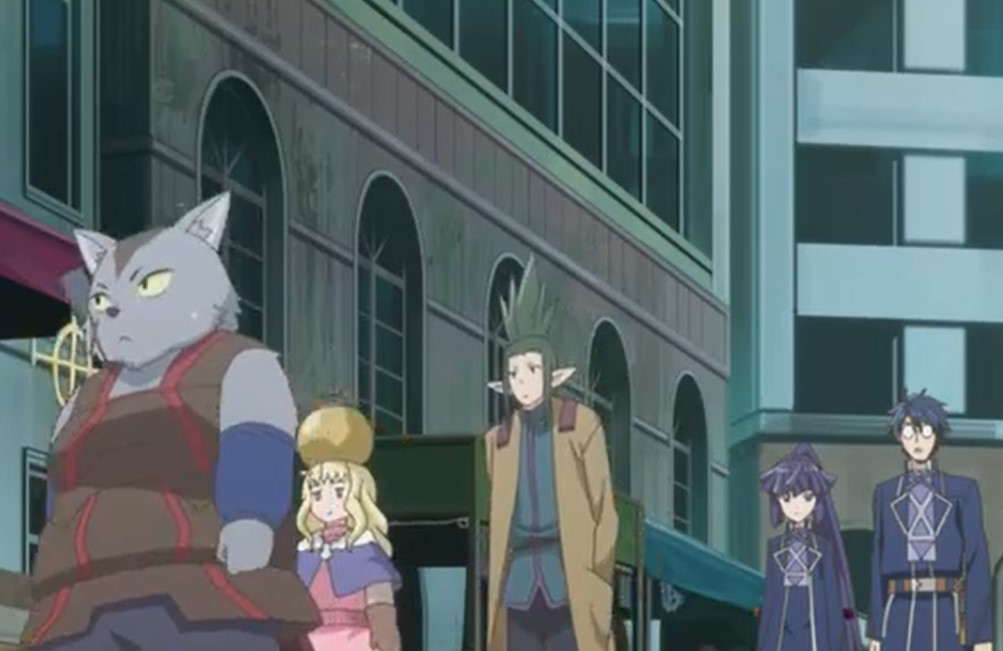 Previously on Log Horizon: Destruction of the Round Table Season 3 Episode 1

Shiro concludes that it is a sign that the Round Table is coming to an end. Few days before the Conference. Princess Lenessia visited Akiba, and she has noticed that things are changing every day. While at the Luquenje Hall, Guild Building the Merchant Guild, Roderick talks about the essential matters. Michitaka, Sojiro, Marielle, Shiroe, and Missa has also joined the conservation.

Missa reveals that D.D.D has a report. She said they had found a way to communicate with milord. Shiro asks if they communicate with Krusty. Marries is surprised if Krusty is in their continent, and Missa said she would give them information when they get in touch with him. She also said that she would update them about the detailed report on a later day. Black Sword Knights-Guild Master Isaac realizes that he is getting bored and asks if it is all for today.

Karashin replies that there is one more thing, and Eins talks about the report from Fairy King. Later Shiroa and Akatsuki walk together, and Akatsuki bums with one of the villagers. They both apologize to each other, and Atsuki said they are Honesty members, and Akatsuki thinks they feel uneasy. Shiro said their probing of Fary King hit a complete deadlock. Akatsuki reveals that Fary King is a general term for magical ruins that allow them to teleport.

Shiro also explains how teleportation works, and he said after the Apocalypse they have not been able to check the timetable. The Honesty members took charge of investigating it. Despite the large sum of money spent, they could not get results, and Akatsuki saw the Leeches passing by. Shira also explains that Honesty is not at fault, but they have been growing by taking those who left minor guilds. 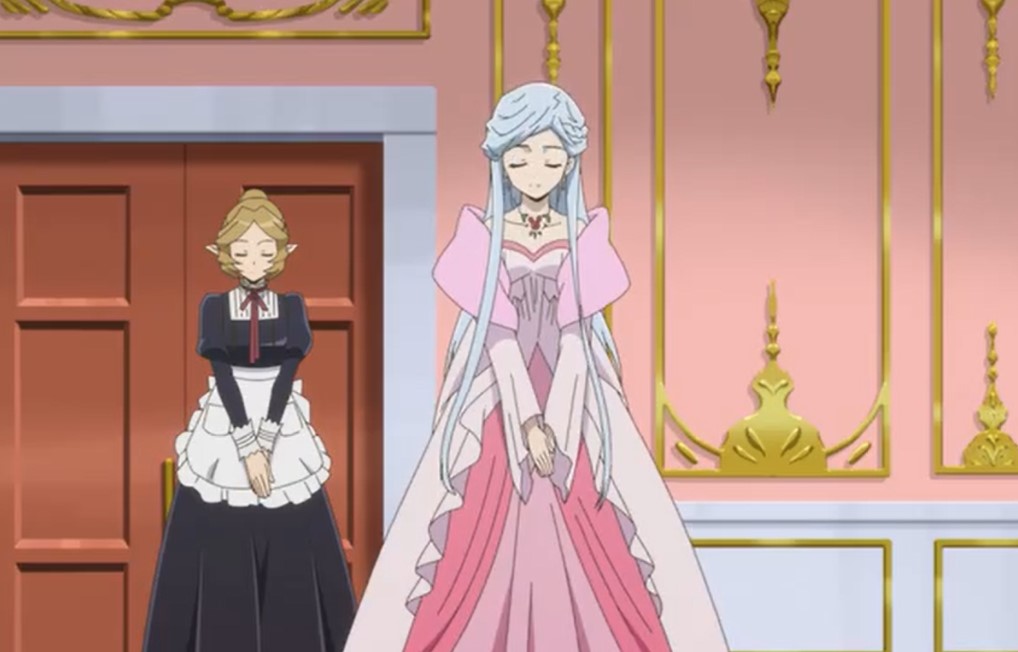 They also took wandering Adventurers who arrived in Akiba, and that one of the reasons they provoked antipathy. Eins is probably just trying to help the Adventurers who are having a hard time. He is also getting accustomed to this world, and a guy shows up telling him that they have a visitor from Aki. Tetra said that they are nobles of the people of the land. While they watch them arriving, Atsuki comments that the crest belongs to the Cowen Family in Maihama.

Shiro is surprised that Akatsuki still remembers their crest, and she said she did not infiltrate Maihama for anything. She also said that it is one of her powers of femininity. Inside the Cafe, Elissa met with the princess and told her that Madam Sarariya had visited her. Reyneshia went there and met with her mother; they both talk about life and other stuff. It has been revealed that Sarariya is Reneshia’s mother, and she has just come to check how the princess is doing.

But the princess has managed to act like a princess and when her mother is not around Reyneshia helps with chores, which is not supposed to be done by a princess. Meanwhile, Akatsuki reveals the truth about Taricton, the summoner genius. He said that Traricton said those who agree to offer up their souls should accept access and select standby mode in their sleep. After some time, Eins is angry that the Round Table members are not supporting the new Adventures. Akatsuki explains why things are looking like that. After the meeting, Akatsuki tells others that they did not manage to resolve anything, but they still have time to think about it.

Log Horizon: Destruction of the Round Table Season 3 Episode 2 Preview

Try other latest updates of this Anime here Log Horizon: Destruction of the Round Table Season 3. That what episode 3 has revealed for us so far; with us here, more updates will be available after the new episode releases.

In this article:Log Horizon: Destruction of the Round Table Season 3