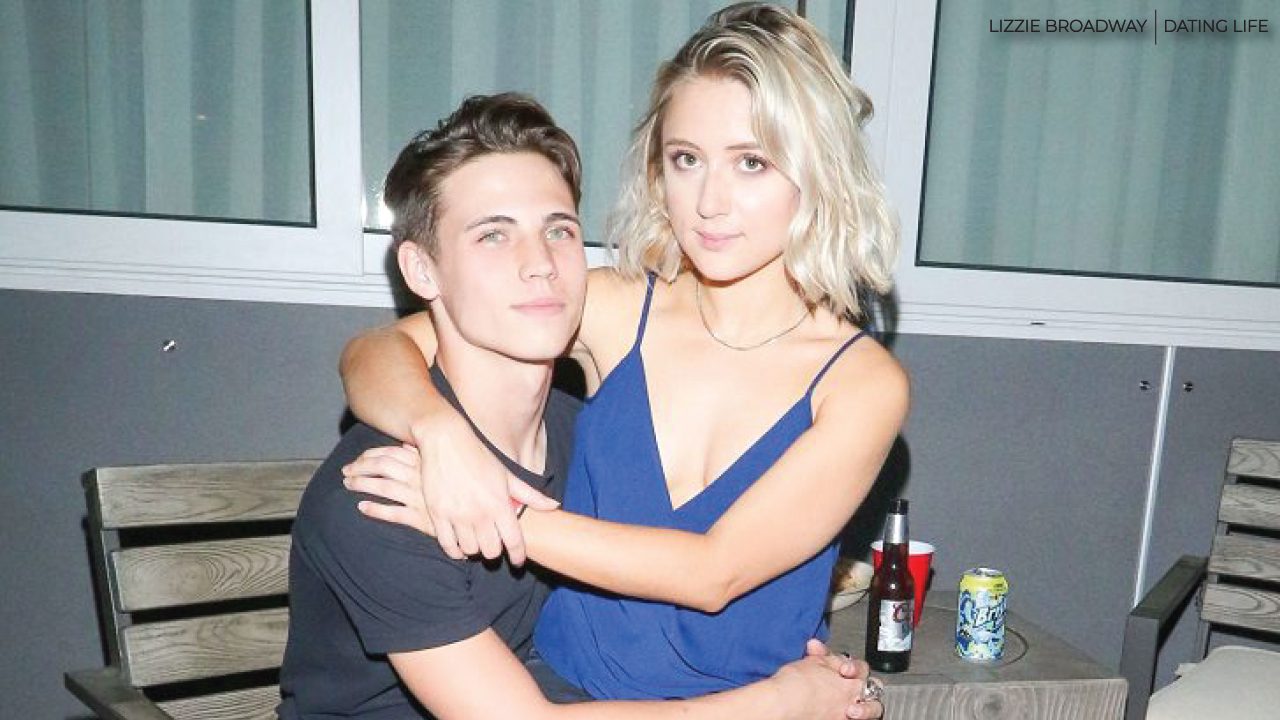 Who is Lizze Broadway’s Boyfriend? Lizze Broadway or Elizabeth Broadway is a well-known American actress. She is widely recognized as a successful international model and talent-hoarder, which led her to star in many commercials and TV shows. Born on February 16, 1998, Lizze is known for her roles as Aurora in The Rookie, Zoey in Splitting Up Together, Becca Koats in Here and Now, and Stephanie Stifler in American Pie Presents: Girls’ Rules. Recently, she has been selected for the role of Emma for the spin-off of “The Boys”. She is represented by Coast-to-Coast talent Group.

She started her career in 2010 with a TV series titled “Southland,” in which she played the role of Brooks Ryerson. Her career took off a flight, and she reappeared on screen in the year 2011 with the role of the daughter in Shameless and Rose in Bad Mom. In 2013 she was starred in Conan with a role called Steph. The American actress was again seen in 2015’s 16 and Missing in the role of Becca Koats. With all of these, she continued to climb up the ladder of success. She has been in headlines and in gossips for her dating life. Her global recognition brought her under the permanent spotlight, which led her to the radar of media. So, is she dating someone currently? Let’s take a peek inside and find out.

Who is Lizze Broadway’s Boyfriend?

Lizze Broadway has been dating her boyfriend Tanner Buchanan for a really long time now. Tanner Buchanan is one of the popular faces in the entertainment world with his roles in Netflix’s Cobra Kai and brand-new romantic comedy titled “He’s All That”. Their love story is quite a charming one which makes all of us believe over the quote that “If it’s meant to be, then it will be there.”

Lizze was born and raised in Toledo, Ohio and the surprising coincidence is that Tanner is from Ohio too. The two of them knew each other since they were kids, and this is how a hometown-goes-Hollywood romance started. Tanner called their relationship as his long-term one in his interview on Anna Faris’ Unqualified podcast. 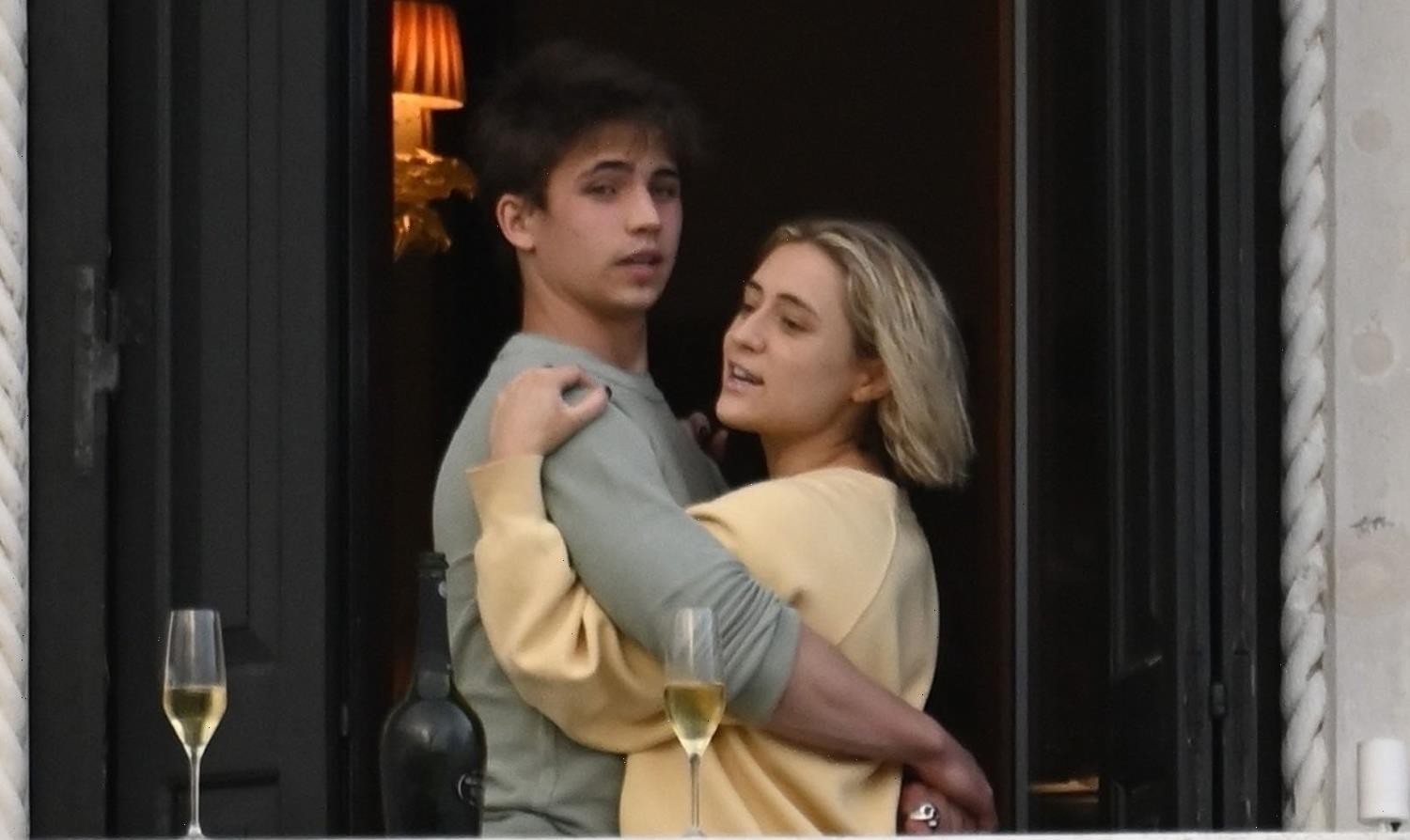 He also revealed that they ended up things when they were 17 or 18. Though, luckily, they eventually patched up again and have been going stronger ever since. The other thing that has made this couple everyone’s favorite is that they don’t appear shy about their relationship. They have the same vibe on social media and are often featured on each other’s Instagram accounts.

An Instagram photo was posted by Buchanan. In it, one can see numerous tea lights, candles, and red roses placed on the floor. Lizze was tagged in the picture with the caption, “What you do when the person you love comes to visit. @lizzebroadway”. The picture sped through all over the internet like a wildfire, and the couple was adored by hundreds of their fans.

In July 2019, the duo posted a video titled “COMIC-CON 2019 WITH COBRA KAI CAST-BEHIND THE SCENES” on their YouTube channel. Though, it has also been believed that the pair is no longer together. Buchanan deleted an Instagram post that featured Lizze as reported by Glamour fame. Though, it is nothing big or effective evidence for proving the rumors true.

Also Read: Matthew Gray Gubler Girlfriend: Who Is He Dating in 2021?

Tanner Buchanan: Was he involved with co-star Mary Mouser?

It is true that some Cobra Kai fans were hopeful that Buchanan might be involved with his Cobra Kai co-star Mary Mouser. Both of them were portrayed as the love interests of each other on-screen. The rumors were growing pretty wild.

However, the rumors were denied, and it was responded as both of them are just friends, as Mouser has been in a five-year relationship with actor Brett Pierce. He is known for his roles in “A Million Little Things” and “Grey’s Anatomy”. 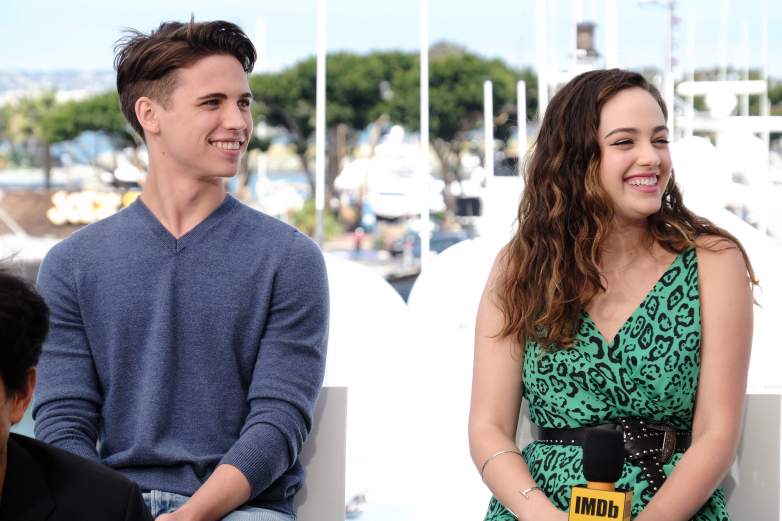 The rumors completely died down when Mouser recently shared a heartwarming message. This message was about her partner, along with a number of pictures on the occasion of their fifth anniversary. The post caption read, “Five years with you have felt like five minutes. Happy anniversary to the most spectacular boyfriend – who I am so grateful to say is also my best friend, my whole heart, and the only one I would want to be locked in a cabin with for the whole weekend.”

Also Read: Elon Musk’s Girlfriend: Who is The Entrepreneur Dating in 2021?