Now that the third episode is soon about to air let’s have Lisey’s Story Season 1 Episode 2 Ending Explained. Lisey’s Story is an Apple TV+ Horror Drama miniseries based on the 2006 novel of the same name by Stephen King. The show follows the life of a widow named Lisey as two years have passed after the death of her author husband, Scott Landon. He was a world-renowned author who had the special ability to go to a place known as Boo’ya Moon. This is a fictional place that characters in Stephen King’s novel are able to go to. When Scott dies, he leaves his wife a Bool Hunt, which has her searching for a set of clues all starting from the primary clue, a shovel. Previously, Lisey had made use of the shovel to save Scott’s life from a bullet in an event.

While Lisey has set forth in her searches, she is left with another threat as a duo of Scott’s fans are after her. More like, these fans are after Scott’s unpublished manuscripts. But as Lisey refuses to give her husband’s last works, they have become hostile, thus becoming a threat to Lisey’s safety. She later even finds the second clue to the hunt, which was her sister Amanda’s address book. Amanda was also similar to Scott as she was going crazy. And for some reason, Scott was able to predict this, preparing contact information for a nursing home in it. Later, Lisey remembers an incident from a hospital as Scott disappears from his bed. Amanda had become unconscious, and Scott momentarily revived her. He does so by feeding water right from his mouth to hers. This leaves the episode at an eerie end. 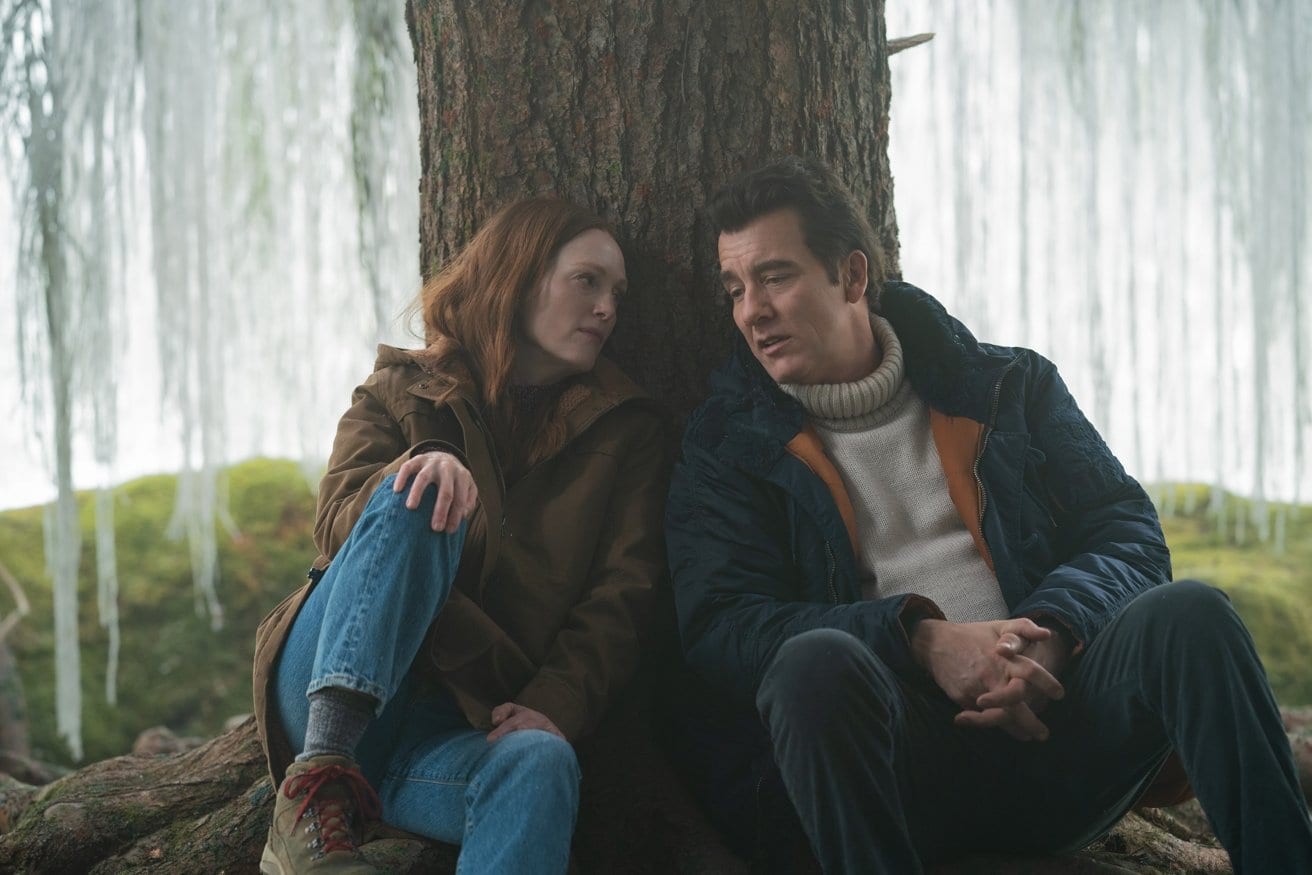 Lisey’s Story Episode 2 starts off with Lisey and Darla heading off to meet Amanda in the Nursing Home. Here, Lisey is reminded of a memory of Amanda telling her how Scott was also self-harmer like herself. Lisey should make sure to take care of Scott, or else he may end up doing something regretful. Later in the nursing home, Amanda reignites a memory of the sisters playing as pirates. Here, they had a ship named Hollyhocks, while their aim was to try and avoid contact with a strange figure known as Long Boy.

Sometime later when Lisey receives a threatening call from Jim Dooley. One of the stalkers, she calls up his partner, Dashmiel. She threatens Dashmiel that if they don’t stop. She would report them to the authorities for harassment. Dashmiel informs Lisey how he had told Jim not to become hostile but only to try and persuade her. So knowing the possible consequences, a worried Dashmiel quickly calls Jim, but his service was disconnected. Knowing that he was not able to get in contact with him worried Dashmiel what Dooley would do next. We then see a flashback of the two Scott Landon fans as they met up at a bar. Jim didn’t really seem like he was really interested in the meeting, but nevertheless, their interests helped the interview to keep going.

We then see yet another flashback where we witness Scott’s first book being sold. For this, the couple was to go out. But later, Darla calls her up saying that Lisey had missed sending a card over to Amanda for her birthday. This caused a fight between the siblings which later continued as a drunk Scott came back home. He says that he can fix all of it as he leaves. 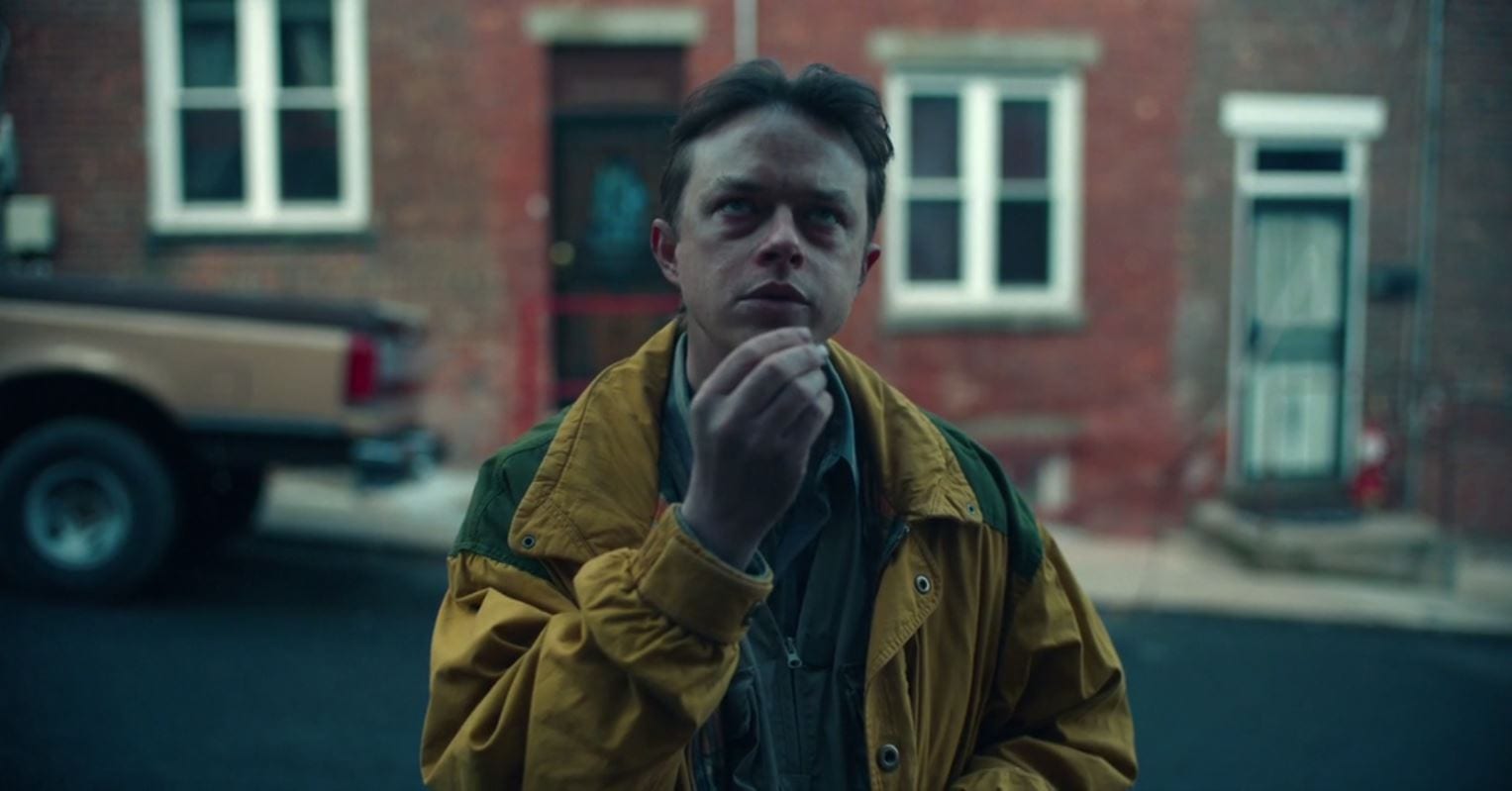 We then see another flashback of Scott from his childhood. We learn that his father was very abusive to him that caused Scott to become a self-harmer. And according to what Scott said, his brother was also like him as the Landons were known to recover quickly. After the fight Scott has with Lisey, he goes over to a Laundromat. Here he hits his hand to a window causing it to bleed. This was a form of an apology that Scott called Blood Bool. He asked forgiveness for forgetting, which leads to certain conversations that can only be dubbed to be toxic. Here, Scott asks Lisey to marry him, but she does not give a reply. Later as the two go to sleep, Scott disappears as Lisey finds the faucet to be open. As she closes it, Scott is back on the bed with a healed arm.

After this, she decides to marry him as it occurs to Lisey how the third clue had been in front of her. The third clue was hidden behind the photo that the couple had got clicked the day after Scott’s book was sold. From here. She gets a lead for the fourth clue on the Bool Hunt that has Lisey calling up her doctor. The clue was in Scott’s favorite book of his called “Battle Flags”. The doctor also had a copy of it, and he found the clue inside the book. Elsewhere, Jim was on to Lisey as he had gone over to Scott’s old home and started harassing the current owner of the home. As he gets nothing from his attempts of harassing the owner’s habits, he leaves. He gets a pizza and heads over to Lisey’s place to keep an eye on it. 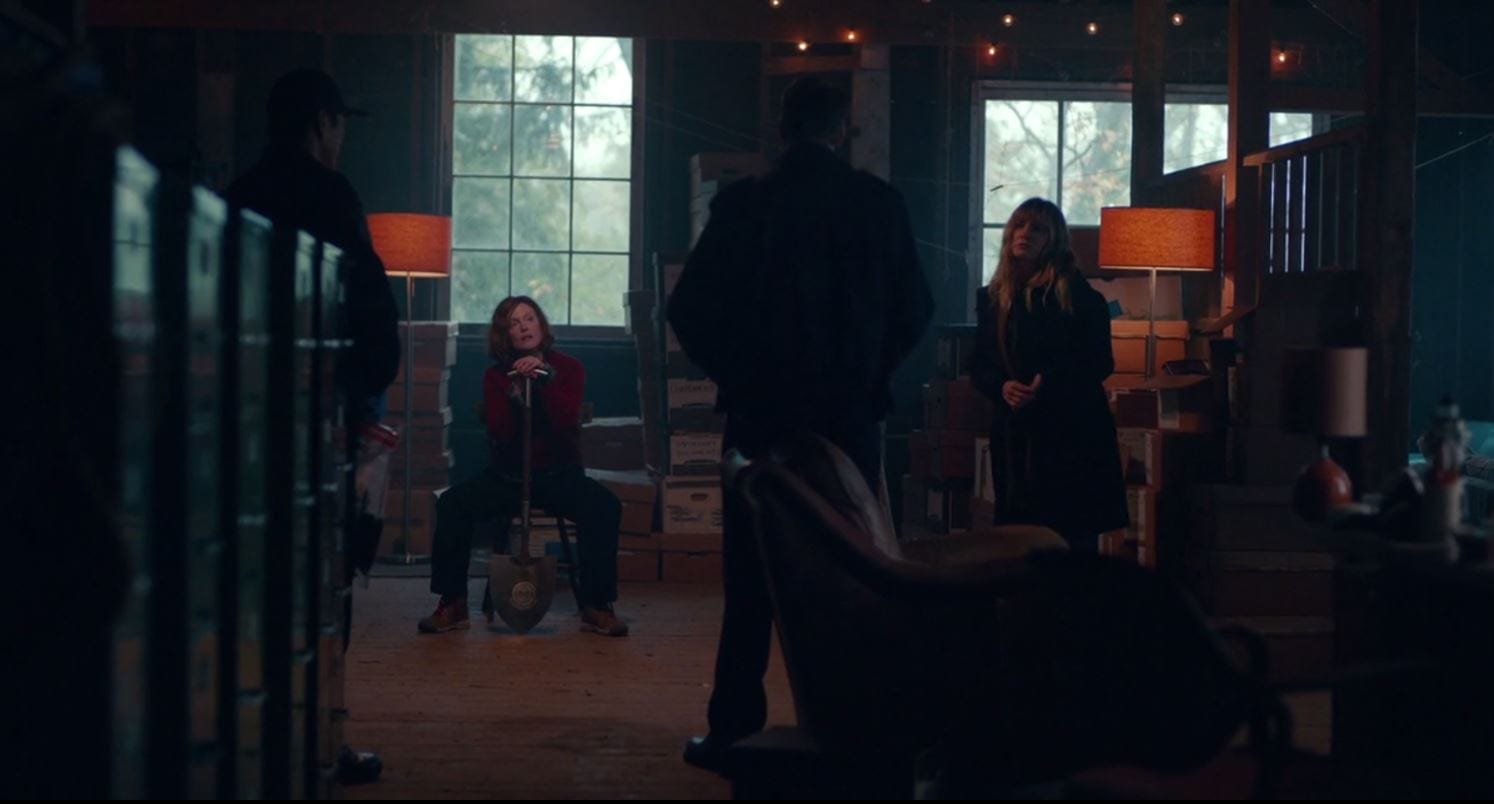 The Cops arriving at Lisey’s Place

In the meantime, Lisey had gone off to meet the police regarding the threats imposed by Jim on her. While the only thing they could do was to try and search for him, the chief reassured Lisey’s safety by giving her an option for a personal security team. But refusing this, Lisey comes back home. Here, Lisey feels like something had happened as she quickly goes for her shovel as a weapon. Lisey tries to find if anyone had entered her home but finds no one. Later as she goes over to her mailbox, Lisey puts her hand in to find a dead crow inside it. Here, there was also a letter that rambled on about how the crow was hurt. This was seemingly a threat given by Jim to hand over Scott’s unpublished manuscripts.

The police come shortly on the scene as they suggest Lisey either get a firearm for her safety or relocate for the moment. But she refuses to do so, for which she gets informed that a unit will be parked outside her home until they find Jim. Later, we see Amanda crying as she has become sick and tired of entering the dream realm. Meanwhile, we also see a glimpse of the Boo’ya Moon back in Lisey’s pool at her home.

Also Read: Lisey’s Story: A New Adaptation From The Stephen King Novel – What Was The Book About? 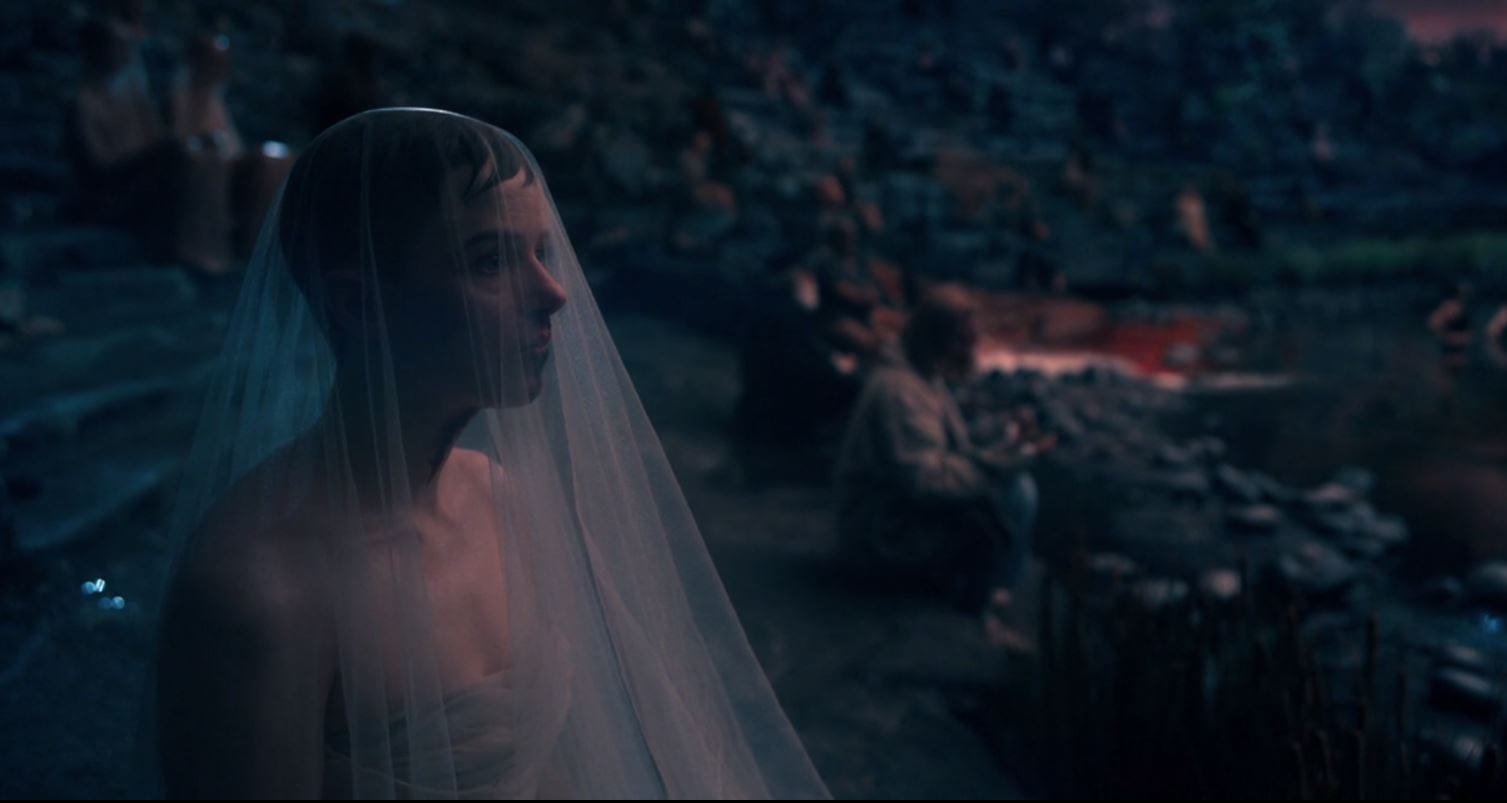 A glimpse into another realm

It is quite known how Stephen King can bring in supernatural elements along with a rational story. In Lisey’s Story, towards the end of the second episode, we see a shadow form over the pool. While this is missed by Lisey, we viewers are able to see it as the camera pans in and slowly leaves. It hardly seems to be an illusion, considering how Scott has had some weird scenes in relation to the supernatural. He had a cut that got healed by the next day itself. While a similar event would be the flashback, we saw in Lisey’s Story episode 1, where Scott is seen feeding Lisey water with his own mouth.

The one possibility there could be is that, unlike Scott and Lisey’s sister Amanda, Lisey is unable to interact with elements of other realms. Therefore, the water that was poured down her throat needed to have interacted with Scott. We had previously seen the crimson sun that seems to be a motif existing within the Stephen King Universe. The possibility of that, these motifs could turn out to have a bigger meaning in the storyline. Moreover, it is also a possibility that maybe Lisey will be able to contact these supernatural realms in the near future. As of now, Lisey is unable to comprehend any of the supernatural elements and probably will be shocked to learn more about it when the time comes.