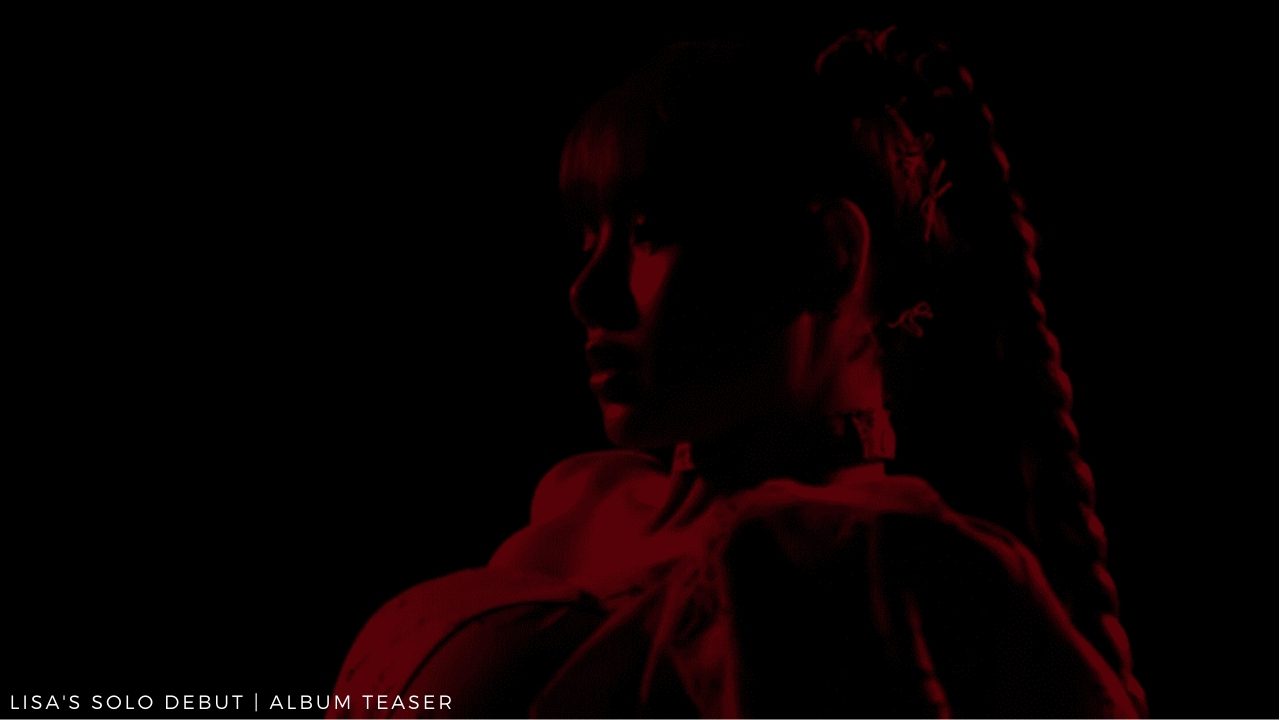 Lisa’s solo debut album teaser has set fire on the hearts of many. At the beginning of this year, YG Entertainment had confirmed that the Blackpink girls Lisa and Rosé were going to make their solo debuts this year. Moreover, Rosé had been first in the line debuting as a soloist with her debut single On The Ground. Also, her solo single Gone had been released after On The  Ground. And like expected Rosé had once again shown her amazing skills and had beautiful vocals.

Now that Rosé had her debut fans are excited to see what Blackpink’s maknae Lisa has in store for us. Lisa born on the 27th of March was destined to rock this world. She is acknowledged as one of the best dancers in the kpop industry. Plus Lisa is also known for her rap skills. When she raps she literally spits fire! Lisa has also shown her vocalizing abilities from time to time through Blackpink’s songs as well as covers. All of these factors make fans more and more excited for her solo debut. Although blinks were not able to hear of Blackpink after Rosé’s solo debut they got pretty excited when Lisa’s solo debut album release was confirmed. In this article, we will be filling you in all about the teaser and more details related to Lisa’s solo debut album.

Just a few days after YG Entertainment had confirmed the date for the Blackpink maknae’s solo debut fans got excited. The reason for this was that Blackpink’smain channel had posted a visual teaser for her solo debut. You could imagine blinks screaming while watching the video. Lisa could’ve been seen sitting with elegance with a storm going on in the background. It seemed as if she wanted her haters to know that she isn’t afraid of the storm because she is the storm. The power she had held in the 28-second video couldn’t be ignored. Plus the way her name Lalisa had come up after her shot was so cool. You can watch the teaser here:

To be honest., the whole teaser was so Lisa. As Lisa herself excludes power and elegance wherever she goes. Blinks are sure that the red dress and two braids are going to be iconic because of Lisa. Not only fans are excited about her debut but many radio stations such as iHeartRaadio have shown their excitement for her upcoming solo singles. Lisa has not even made her solo debut but has already started to capture the world with her fierce and bold charisma.

More To Know About The Star’s Album

The Blackpink member is going to debut with an album named Lalisa. The album will have two tracks in which one of which might be a collab between Lisa and DJ Snake. DJ Snake has already given eager fans snippets of their collab. He has been teasing them about his collab with Lisa for months now. Which if possible made fans more eager for her solo debut. Furthermore, fans can also reorder her album now. Lisa’s solo debut albums are going to have two beautiful versions of it. One will be black and the other will be golden. Both of them have a capital L on their cover. Her album will contain special 88-page photobooks full of gorgeous and amazing pics of Lisa.

Like any other album, her album will have CDs of her singles as well as lyric pages for her songs. In addition to that, the albums will contain 1of  4 photocards meaning they will have 8 photocards in total as they are going to be two versions. Each album will also come with its own random polaroid of Lisa, a double-sided poster. In first press editions, they will exclusively have a random gold photo card and for the cherry pice on top, it will also have a rare golden ticket. Only lucky fans will be able to get it as there are only 50 of them in total. Make sure to support her music and her album as we are sure that she and her staff members had poured their hearts into it.