Lisa Vanderpump Net Worth: The Star of The Real Housewives of Beverly Hills 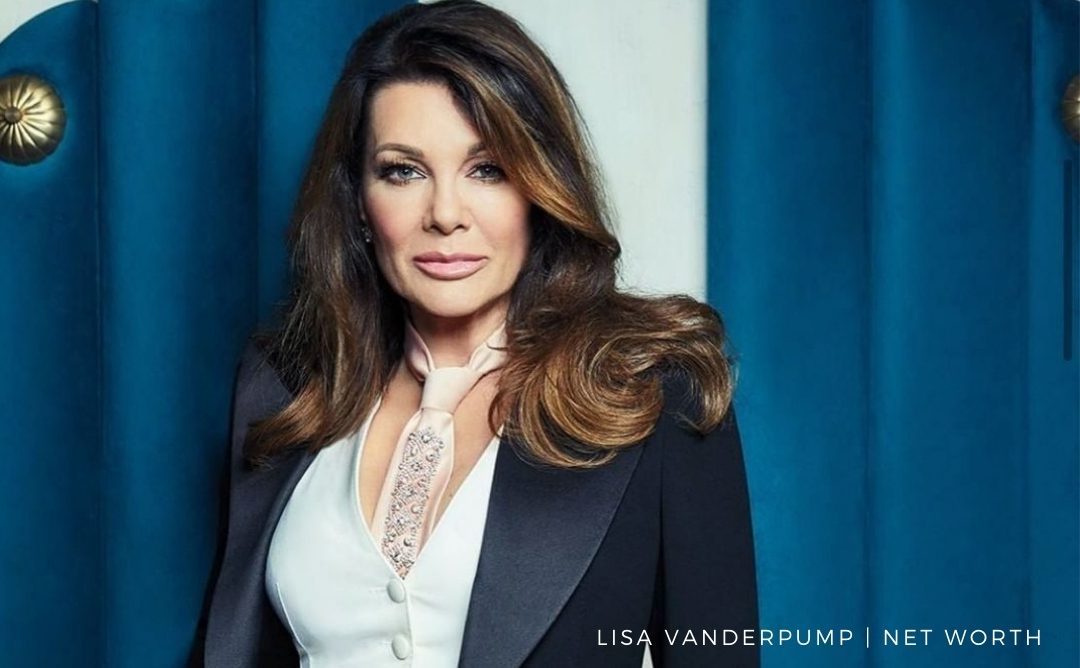 Lisa Vanderpump is a prominent Beverly Hills restaurant magnate. Her NetWorth is what everyone has their eyes on! This British businesswoman is best known for her appearance on Bravo’s The Real Housewives of Beverly Hills. Lisa Vanderpump’s salary per season of The Real Housewives is $500,000. She is a TV personality, author, actor and, Restaurateur. At the tender age of 9, Lisa was already a full-time drama student. She has also competed in season 16 of ABC’s Dancing with the Stars. Where her professional dance partner was Gleb Savchenko. But unfortunately, the couple eliminates just in the starting rounds by securing the 10th position.’

Not all are born with a silver spoon in their mouth. But if we talk about Lisa Vanderpump, then she had both, luck as well as strong determination towards her career. She is a hard-working woman. Whose life’s motto is “find something you love doing, and you will never have to WORK a day in your life.” She is a creative personality, who loves designing her stuff. By fortune and hard work, she succeeded in every field she stepped into! And her bulky net worth is proof of the same.

Her acting career in a flash

At the young age of 9, she was already a full-time drama student. And starred as a child actor in various television shows and movies. After her first film role in 1973, she then appeared in 1978 in the cult horror film Killer’s Moon. She also guest-starred in four of the episodes of the British television series Kids in the later 70s. Throughout the 80s and 90s, she flourished and appeared on various famous and top television series. Like the Silk Stalkings and Baywatch Nights. During that time only she has also paved her way for various music videos.

In 2010, her fate brought her on the sets of Bravo’s The Real Housewives of Beverly Hills. She was one of the original cast members of the show and remained till 2019. In 2013, she had also made a bold move by launching her spin-off show, Vanderpump Rules. Which focuses on the staff of her West Hollywood feasting establishments, Pump, TomTom, SUR. Her determination and fate have supported her strongly that they have completed seven seasons and are still flourishing with utmost quality and popularity.

Lisa Vanderpump Net Worth is around $70 million. The projects which have made her reach this milestone of NetWorth are as follows: This UK actor co-owns more than 30 restaurants and bars with her husband. Mostly Lisa herself designed all of their bars, restaurants, and clubs. 26 restaurants are based in London, UK. And when they moved to California, US; they opened 4 more over there. Which includes the most amazing restaurant in Beverly Hills, the celebrity hotspot-Villa Blanca. Where you can find the most prominent stars year-round.

In 2011, she wrote a book with the name Simply Divine: A Guide to Easy, Elegant, and Affordable Entertaining. Vanderpump is also a writer for Beverly Hills Lifestyle Magazine, of which she became Editor in Chief in March 2017. She along with her partner Dr. Simon Ourian at Epione has also tried their luck in the skincare line. In which they succeeded with the flying colors. She also tries her designing skills over her clothing.

All this adds up to her huge unbelievable net worth of $70 million. And if we see her combined net worth with her husband then it is approximately $90 million. Which helps them to accomplish their needs, demands, and dreams.

But if we look at the overview, then their main source of income comes from the 30 co-owned Restaurants and bars. And her acting career is obviously on the list!

Lisa Jane Vanderpump was born on September 15, 1960, in South London, England. In 1982, she met Ken Todd. From starting only, she was very serious about her relationship. They got engaged just after 6 weeks of dating. And within three months they tied the knots and got hitched for life. In 1986, they were blessed with a beautiful daughter. Whom they have given the name Pandora. In 1991, they have adopted a baby boy, Max.

Lisa Vanderpump and her husband Ken Todd consider themselves philanthropic. And their notable charity donations prove it! In 2015, Lisa was also awarded the prestigious Ally Leadership Award from Equality California, which is an LGBTQ rights organization.

You may also like:- Erika Girardi: Real Housewives Star Files for Divorce?

Grey’s Anatomy: Who Were Meredith’s Love Interests After Derek?