Lindsey Buckingham is coming with a new album of his name this year. The album goes by his name Lindsey Buckingham and will be the artist’s new album releasing this year. Previously the artist released a song named ‘I Don’t Mind’, which is an excellent and encouraging single. The news of his new album is releasing was on June 8, and Lindsey also announced his tour dates for the US that will happen in 2021. The tour is set to start in Milwaukee, WI, and the date is set on September 1, and the tour will eventually end in Boulder, CO, on December 20. The tours have several stops, such as New York, Atlanta, Austin, and many others.

There was a reunion of the band at which Lindsey Buckingham was once a part, and this was at the inauguration ball for President Bill Clinton in 1993. This started somewhat talk between bandmates, and Lindsey was on vocals on one of the songs of the album of Fleetwood Mac 1995 album Time, and eventually, Buckingham rejoined the band as a full-time member in the year 1997 for the album and live tours. But back on April 9, 2018, the artist was fired from the Fleetwood Mac permanently, and his replacement was done by Mike Campbell and Neil Finn.

Also Read: Why Did Fleetwood Mac Break Up & Where Are They Now?

Who is Lindsey Buckingham?

Lindsey Adams Buckingham is a songwriter, singer, and producer who was born in born October 3, 1949, and was popularly known as a lead guitarist and vocalist for the band Fleetwood Mac. He was incorporated in the band from 1975 to 1987 and then again from 1997 to 2018. Apart from the songs he released with the band, Lindsey also has about six previous solo albums and three live albums too. When Buckingham was a member of the popular band Fleetwood Mac, he was inducted into the 1998 Rock and Roll Hall of Fame. The artist has been featured I the Rolling Stone list back in 2011 and was ranked 100th in the Top 100 Greatest Guitarists of All Time. The artist has a signature guitar style of fingerpicking. Fleetwood Mac is the band that gave the peak fame to Lindsey, and the band has been in existence since the late 60s. The band’s origin was a British Blues outfit, and the leader of the band was Peter Green. However, Green left the band, and the band struggled for several years without a leading man that was stable, and then eventually Buckingham got an invitation to join the group back in the year 1974. They worked on some songs on the album. Later Buckingham insisted on other bandmates to add Stevie Nicks, who was his romantic partner too. They both became the face that runs the band, and the band rose to tremendous success after this, gaining records that were multi-platinum. Then Buckingham left in 1987 to focus on a solo career.

Also Read:  Lindsey Buckingham Net Worth: How Rich Is The Singer/ Songwriter?

What are the details of Lindsey Buckingham personal life?

Lindsey studied in the same school as his future bandmate in Fleetwood Mac Stevie Nicks. Although Stevie was a year behind. Both of them started their romantic relationship after the breakup of their group named Fritz. Buckingham then faced a bout of mononucleosis, which made them shift to Los Angeles back in 1971. The duo recorded an album together, and then further in the year 1975, joined the band Fleetwood Mac. The duo split in the year 1977. The breakup was also mentioned in some of their songs too. The artist first son was born on July 8, 1998, named William Gregory with Kristen Messner. Both themes married after the bearing of their first son back in the year 2000. They further had two daughters, namely, Leelee and Stella, in the year 2000 and 2004 respectively. Buckingham had surgery for an open heart in 2019 February. Although the surgery saved his life, according to reports, it suggested that the surgery caused some vocal cord damage too. On June 2, 2021, Buckingham’s wife, Kristen Messner, filed for divorce.

Also Read: Why Did Stevie And Lindsey Break Up? Whole History Of The Couple

When will Lindsey Buckingham release, and where can the fans listen to it?

Lindsey Buckingham is the new album of the artist of the same name as the album and will be his seventh album overall. The artist is a former member of the popular band named Fleetwood Mac, where he was a vocalist and lead guitarist. The album has set a release date of September 17. 2021. The writing, production, and recording are done at the home studio by Buckingham in Los Angeles. The announcement of releasing of the album was done on June 8, 2021, and there was another song release along with the album named “I Don’t Mind”. The second single was named “On the Wrong Side”, and on July 23, 2021, the single e was released. The third single, “Scream”, from the album, was released back on September 1, 2021. 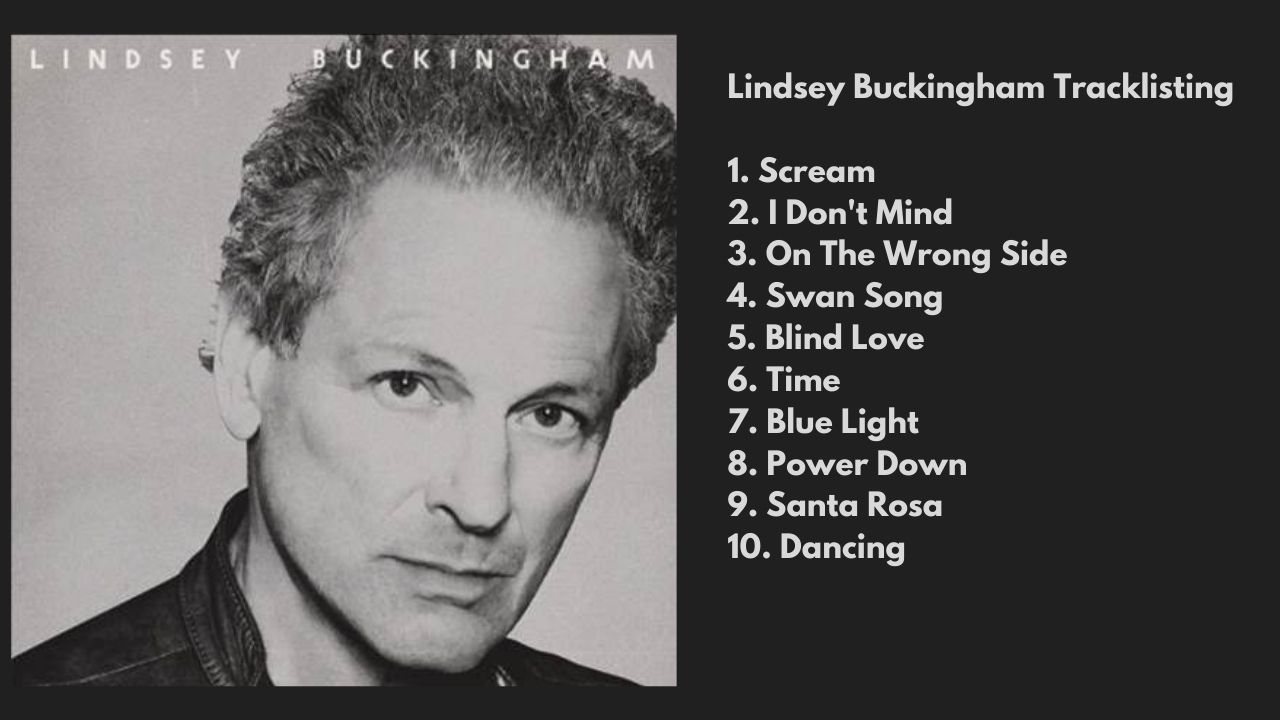 Lindsey also had the announcement of a tour of the US for promotion and support of his new album, which was about to commence in September 2021. This was the artist’s first tour since he went through a major surgery back in 2019. The tour was supposed to be commenced in 2020, too but the tour was canceled due to an ongoing pandemic. The album “Lindsey Buckingham” will be made available on vinyl and CD and will be released on 17 September 2021. As of now, there is no deluxe edition or sets, but there will be the availability of blue vinyl editions in several indie outlets.