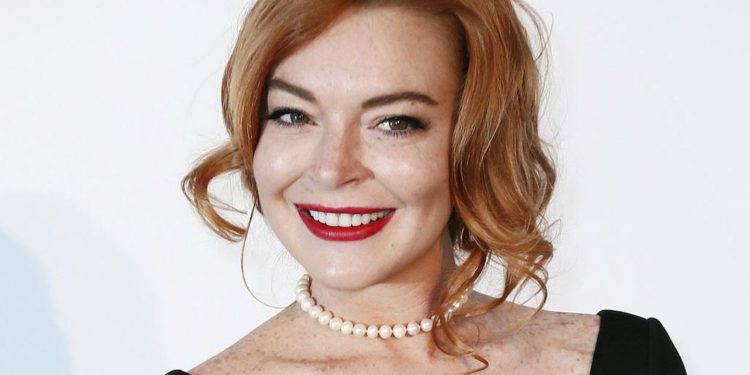 It’s impossible not to know Cady Heron from Mean Girls. Aaron Samuels’ love interest and a 16-year-old girl who has been homeschooled her whole life in Africa. However, does anyone actually know how much Cady Heron makes in real life? The character of Cady Heron was portrayed by Lindsay Lohan. Let’s take a look at the net worth of Lindsay Lohan, in addition to her career & early life.

Lindsay Dee Lohan is an actress, singer, and songwriter from the United States. She is a producer, as well as a businesswoman. Born in New York City, she was raised there. Her first modeling job was with Ford Models when she was just three years old. At the age of 10, she appeared on the television drama Another World as a regular. She gained recognition for her performance in the Walt Disney Pictures film The Parent Trap (1998). The film’s success prompted her to appear in television films Life-Size (2000) and Get a Clue (2002). Further, Her big-screen appearances include Freaky Friday (2003) and Confessions of a Teenage Drama Queen (2004).

Childhood stardom came to Lohan with her work in her early years. In addition, she established her status as a teen idol through the sleeper hit Mean Girls (2004). She became the subject of intense media coverage after starring in Herbie: Fully Loaded (2005). It occurred as the result of a series of personal struggles and legal issues. The drug abuser has also spent time in rehab facilities several times. During this time, she lost several jobs, and her career was severely impacted. In addition, her public image began to deteriorate. Afterward, she starred in films such as A Prairie Home Companion (2006), Just My Luck (2006), Bobby (2006), and Chapter 27 (2007). Her 2010s were marked by a few films, including Machete (2010), Liz & Dick (2012), and The Canyons (2013).

Due to her fame as one of the most iconic teenage actresses, Lindsay Lohan’s net worth is enormous. Currently, Lindsay Lohan has an estimated net worth of $1.5 million. Over the course of her career, she made around $28 million from movie salaries. Sadly, much of that fortune has been lost. Her net worth has been rapidly eroded as a result of her involvement in several legal and personal cases in the past. As of October 2011, Lindsay Lohan was reportedly in financial trouble prior to appearing in Playboy. The actress was on the verge of bankruptcy.

It is estimated that she earned $1 million for posing nude for the men’s magazine. Lauren Lindsay’s bank accounts were seized by the IRS in December 2012. This was done to repay the $233,000 she owed in back taxes to the federal government. The actress reportedly earned $2 million for a series of interviews with Oprah Winfrey in August 2013. Taxes, rehab fees, and IRS debts accounted for a large portion of that money.

New York City’s borough of the Bronx is home to Lindsay Lohan. Moreover, she was raised on Long Island, New York, in Cold Spring Harbor and Merrick. She was Dina and Michael Lohan’s first child. Her father, a former Wall Street trader, has had several run-ins with the law. Her mother is an accomplished singer/dancer. The actress and model have three younger siblings who are also models and actors. Among them were Michael Jr., who appeared in The Parent Trap alongside, Aliana, “Ali”, and Dakota “Cody” Lohan. Lohan is of Irish and Italian descent. She was raised in a Roman Catholic household. During grade 11, she began homeschooling. Lohan has a natural red hair color. Lindsay Lohan’s parents were married in 1985. They separated when Lindsay was three. The couple later reconciled. In 2005, the couple separated again. Their divorce was finalized in 2007.

When she was three, Lohan began her modeling career with Ford Models. She also worked with Calvin Klein Kids and Abercrombie & Fitch. She has also starred in over 60 television advertisements. It includes commercials for brands such as Pizza Hut and Wendy’s, along with a Jell-O spot starring Bill Cosby. Lohan was already considered a show-business veteran at the age of 10 when she starred as Alexandra “Alli” Fowler in Another World. During Lohan’s time on Another World, she starred as Alli Fowler for one year. In 1998, she appeared in Disney’s family comedy The Parent Trap following her departure from the show. The film was a remake of the 1961 classic. The actress played twins who were separated in infancy. Meanwhile, they continue to attempt to reunite their long-divorced parents, played by Dennis Quaid and Natasha Richardson. Across the globe, the film earned $92 million.

Generally, positive reviews accompanied the film. In her debut performance, Lindsay Lohan received unanimous praise. The critic Kenneth Turan called Lohan “the soul of this film in the same way Hayley Mills was for the original”. Moreover, he pointed out that “she has been able to make two distinct personalities from her predecessor.” As a result of Lohan’s performance, she won a Young Artist Award. Her contract with Disney for three films was also renewed. The pilot episode of the short-lived series Bette featured Lohan as Bette Midler’s daughter at the age of 14. The production moved from New York to Los Angeles, which led to her resignation.

Also Read:  Ryan SSearle’sNet Worth: All About The Dart PPlayer’sWork And Earnings