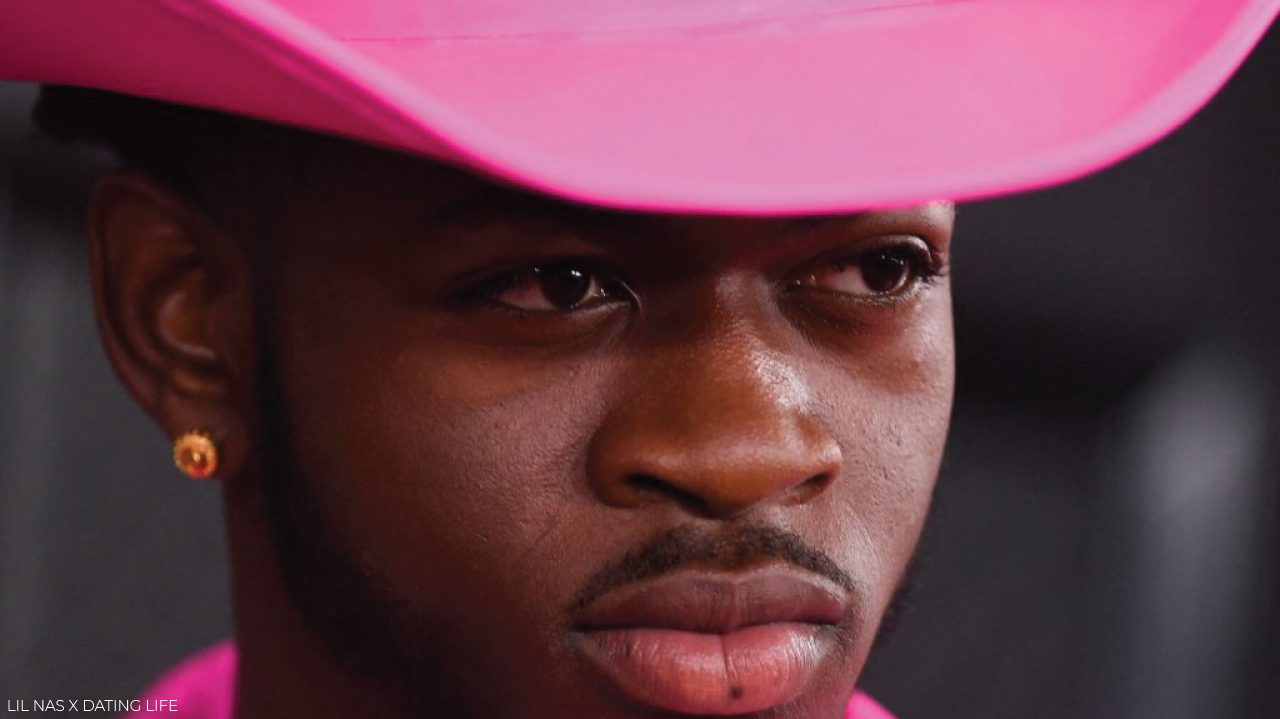 Montero Lamar Hill, who is popularly known by the name of  Lil Nas X, was born on April 9, 1999. He is an American rapper, songwriter, and singer. He primarily rose to fame when he released his own original country rap single, “Old Town Road”. Lil Nas X garnered huge attention due to the release of the song and the song climber, the charts becoming certified as a diamond in the year 2019, the same year it was released. The song was on the US Billboard Hot 100 chart for 19 weeks and was the longest ever since the year 1958. X also released two singles further named Panini and Rodeo, which were number 7 and number 22 on the Hot 100. Lil Nas X was among the top 25 influential people that were on the internet in the year 2019 by Time. and he was also featured on Forbes 30 Under 30 list in the year 2020.

The album Montero which he released just recently, has some of the top-charting singles such as Industry baby, Montero (Call Me by Your Name)”, and “Sun Goes Down”.  X was nominated in several categories at the 62nd Annual Grammy Awards, making him one of the most nominated artists at that year’s Grammy Awards. He won the Best Music Video and Best Pop Duo/Group Performance at the award function. His debut and the most hit single, “Old Town Road” garnered him two MTV Video Music Awards and also an AMA for the category  Favorite Rap/Hip Hop Song.  Lil Nas X also made history by being the first Black artist who is openly LGBTQ to win a Country Music Association award.

How was the Early Life of Lil Nas X?

Lil Nas X came out as gay to his family, which included his sister and father in June of 2019. He stated that it was a signal from the universe and was necessary despite all ten reactions that the world get from his family and whether his fans would support him or not.  Lil Nas X, during the last day of Pride Month is on June 30, 2019, came out as gay openly to all his fans and public. He did this by tweeting that some of his fans already knew while some don’t care, some won’t follow him anyone, and he added by saying that the followers and fans must listen to  c7osure carefully. This tweet was just a confirmation of all the rumors and suspicions going around the rapper’s sexual orientation. According to Rolling Stones, the song mainly deals with growing up, coming clean, and embracing yourself. The very next day, the rapper tweeted a building with rainbow color on his EP7 cover art. The caption was “deadass thought I made it obvious”. 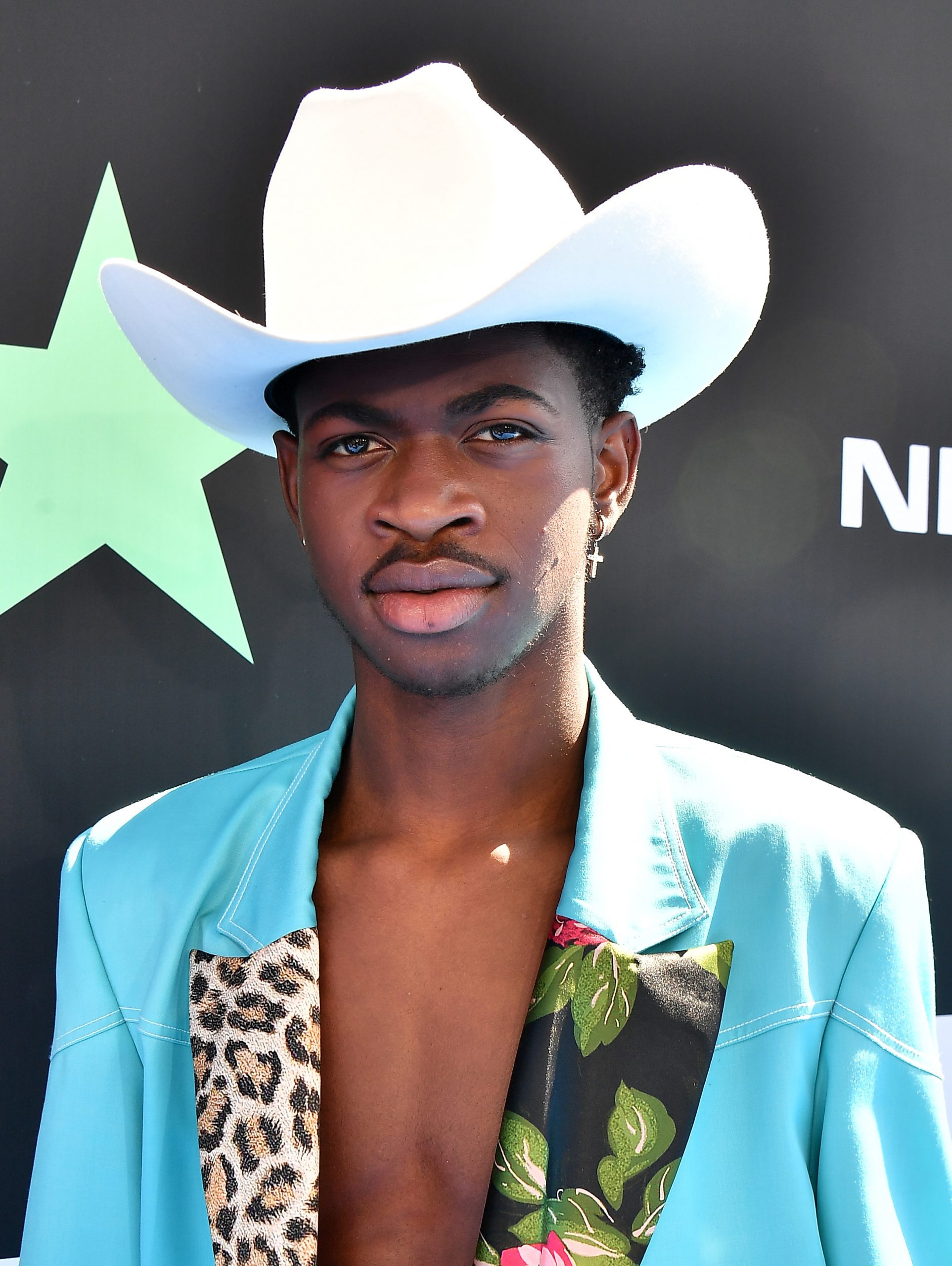 Lil Nas X was not open to more than one interpretation in an interview after his tweets stating that he was openly gay, and he knows all then stereotypes and understands that this sexual orientation or being gay is not readily accepted in music communities involving rap or country music. The coming out of X garnered mainly a positive response only, but there were few slandering comments and some homophobic slurs on his social media. Hip hop was mainly via the community of hip-hop, this drew the matter in hand of how much homophobia is included in hip hop culture?  Pastor Troy, who is a rapper, also made some homophobic comments and slurs regarding the Lil Nas X outfit at the Grammy Awards.

Yai Ariza is a Dancer, model, actor, and also influencer of social media. Ariza belongs from Colombia, and the dancer rose to fame when he was speculated as a love interest for Lil Nas X.  He initially started his career as a dancer and is in the line for quite some time. One of his notable appearances was as a backup dancer Cardi B featuring Megan Thee Stallion’s song named ‘WAP’.  The song is a viral and widely popular song that has garnered about 413 million views and counting on YouTube. Ariza also performed alongside Lil Nas X during his performance on his SNL. Yai is currently 22 years old, his birth year being 1999. 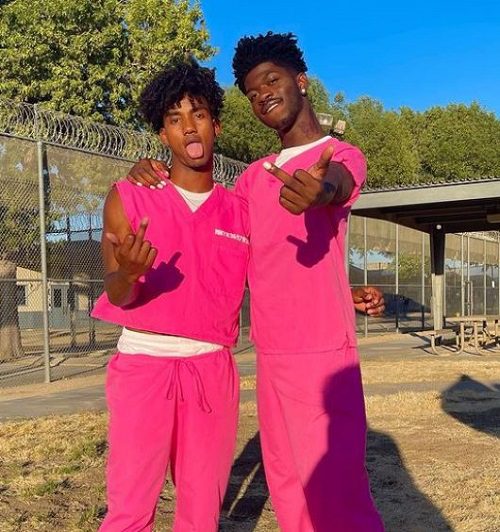 During a performance of the American rapper Lil Nas X at the BET Awards on June 28, the singer was performing his hit song “Montero (Call me by your name).” While the performance was going on, the rapper was surrounded by the dancer’s group, and Lil Nas X kissed one of the dancers in the group during the performance. This speculated fans to identify the dancer as Yai Ariza. This was a bold statement as kissing a guy and being a black queer guy all is a bold move. X stands against homophobia and stands against the people who make homophobic slurs on social media.

What were the Influences, and what is the public image for Lil Nas X?

Lil Nas X was a huge fan of hip-hop from his early childhood days, He has been following and listening to artists such as Kendrick Lamar, 3000, Kid Cudi, Andre, and Lil Uzi Vert. One of the biggest influences that Lil Nas X thinks had influenced his work and ethic is Drake. He also credited Tyler, the Creator, and Frank Ocean as one of the influences in his life and cites them as making it easier g=for him to be where he is now with comfort. 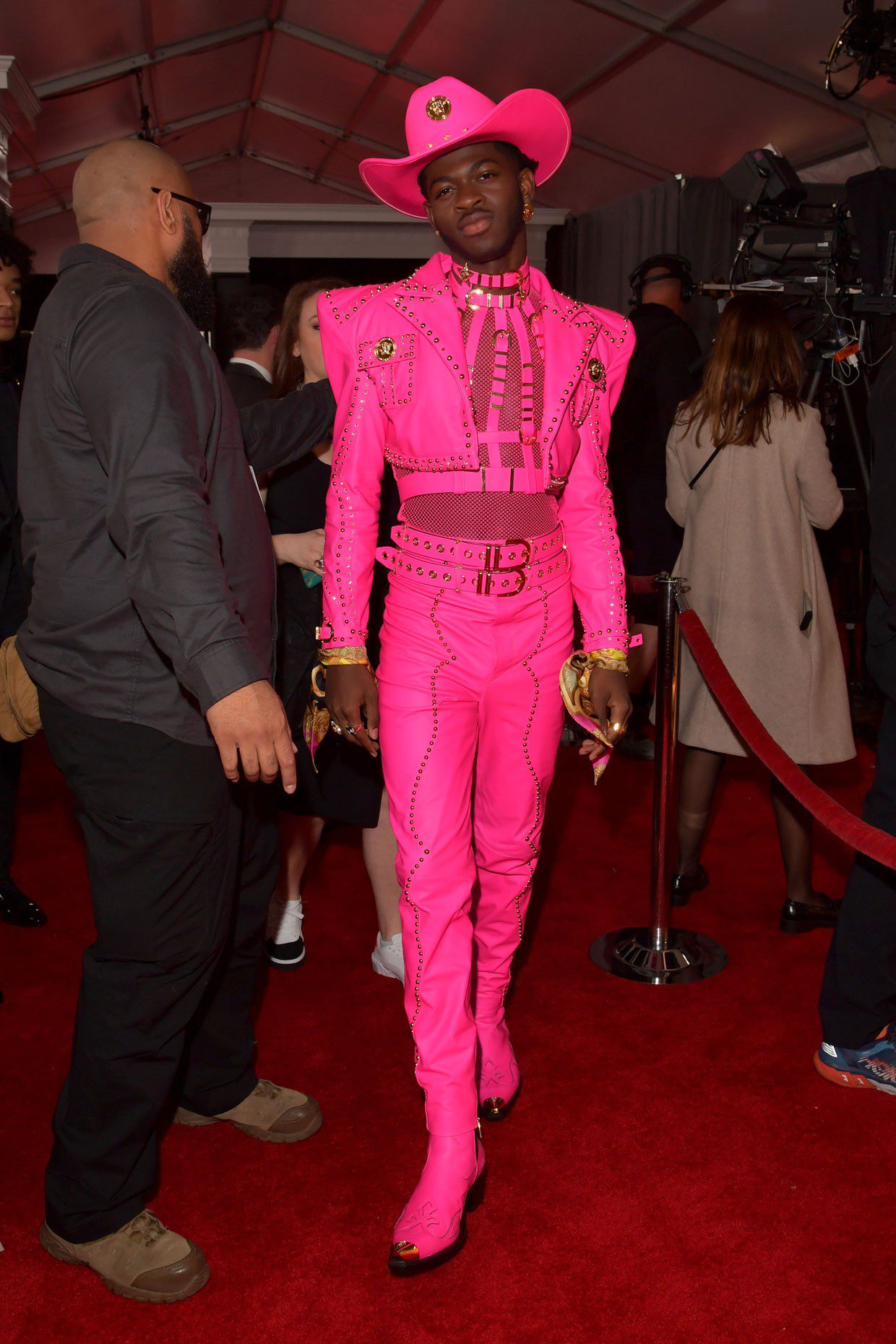 The rapper is known for his fashion sense as Vogue voted Lil Nas X as “master” at giving a glam aesthetic look to cowboy outfits in his public appearances and on Instagram in July of 2019.  Hodo Musa, who happens to be the rapper’s stylist, always keeps the theme of the attire to be colorful, futuristic, playful, and electric. X wore a cowboy motif cherry-red Nudie suit at the 2019 MTV Video Music Awards. Wrangler was mentioned and featured in the viral and hit single “Old Town Road” and has been sold out Lil Nas X co-branded fashions. Lil Nas X wore a diverse variety of outfits, one of them being a Versace suit which was head-to-toe couture fuchsia and with a pink harness that took 700 hours to construct for his appearance in the 62nd Annual Grammy Awards. The rapper was also a model for Rihanna’s Fenty Beauty which is Rihanna’s skincare line.