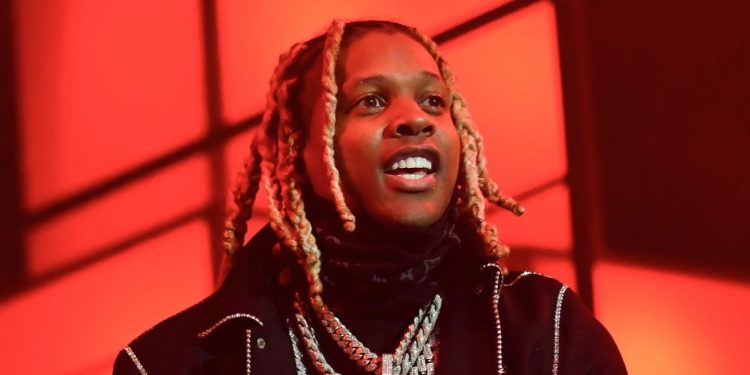 Lil Durk is a famous American rapper from Chicago. Lil was born as Durk Banks and later took the stage name Lil Durk. He became interested in music at a young age and released his own early mix-tapes through his own label, OTF (Only the Family). How much do you know about his personal life? Who is Lil Durk’s Girlfriend? After his initial success, he began considering music as a full-time career option in early 2010. Lil was later signed to Def Jam Recordings and he is now rated by analysts as the best rapper to be associated with the prestigious recording label. The violent environment in which Lil was born and raised had an adverse impact on his family.

Lil Durk’s father was imprisoned for life for drug-related offenses in the year 1994, and the family struggled financially during his childhood. Chicago street violence influenced many of its early releases. In the early time of his career, Durk was associated with the Glo Gang label, which was promoted by another Chicago rapper, Chief Keef. But Lil Durk was never signed on the label. Because of this, Lil Durk began to form his own image in the music world. The success of Lil’s first album, “Remember My Name,” marked the beginning of Lil Dirk’s rise as a talented musician. The album was also ranked #2 on the Top R&B/Hip-Hop Albums.

Since 2017, Lil Durk has been in a relationship with influencer India Royale. Lil proposed to her in September 2018, and they welcomed their daughter named Willow Banks in October 2018, a month after their engagement. India also has a six-year-old daughter from her previous connection. Durk’s attachment to India is evident on social media but is more intense in his songs. He recently mentioned her shop, India Royale Cosmetics, in a song with Drake. Lil Durk and India Royale are ready to get married.

The rapper recently proposed for marriage to his longtime girlfriend at the 107.5 WGCI Big Jam 2021 concert in Chicago on Saturday night. Lil Durk got down on one knee on the stage and showed the ring to India. He took this step in front of the thousands who attended the live show and many more who attended the live broadcast from home. Recently there was speculation that the two broke up when India deleted all Lil photos from her Instagram. However, the famous rapper put an end to these rumors and stated on Twitter that they were getting stronger.

India Royale is a well-known American Instagram star and social media influencer. Royale is famous for uploading selfies, family, and lifestyle photos to her Instagram account, which has more than 3.5 million followers under the indiaroyale account. She also has her own shop, which sells her own makeup collection and is also known to be the better half of the famous rapper Lil Durk. Royale was born on March 9, 1995, and is currently 26 years old. She was born in her hometown in Chicago, Illinois, USA.

The name of her father is Willow Royal, whereas the information about her mother is not available. She also has two sisters and a brother, the details of which are currently unknown. Speaking of nationality, Royale has an American identity, whereas her ethnicity is African American. As for education, the star attended the Robert Lindblom Math and Science Academy. Professionally, India is a well-known Instagram star and an influential person on social media. She is liked by her audience mostly for uploading photos on her official Instagram account @indiaroyale. India Royale has an estimated net worth of $1 million as of 2021.

Lil Durk was born on October 19, 1992, in Chicago. He was born to Dontay Banks and a nurse in Chicago. His mother’s name is unknown. He has a brother, D Thang, who can also be seen in some of Lil Durk’s videos. He had to take responsibility from a very young age because his father was imprisoned when he was at the age of 7 years. In an interview with a magazine, he recalled that when he was younger, they didn’t have enough food even at home. Also, the cruel neighborhood in which he grew up had a huge influence on Lil Durk. As a teenager, he was briefly detained for possession of a gun.

During his childhood, he did not receive any help in learning music and was self-learned by watching music videos on television. After the success of his two singles Sneak Dissin and I’m a Hitta, he considered rap as a full-time career. His first breakthrough came through his social media channels like Myspace and YouTube. He was encouraged when his online fan base began to grow rapidly. After becoming a father at the early age of 17, Durk was able to concentrate more on his career as he felt more responsible for raising people dependent on him.