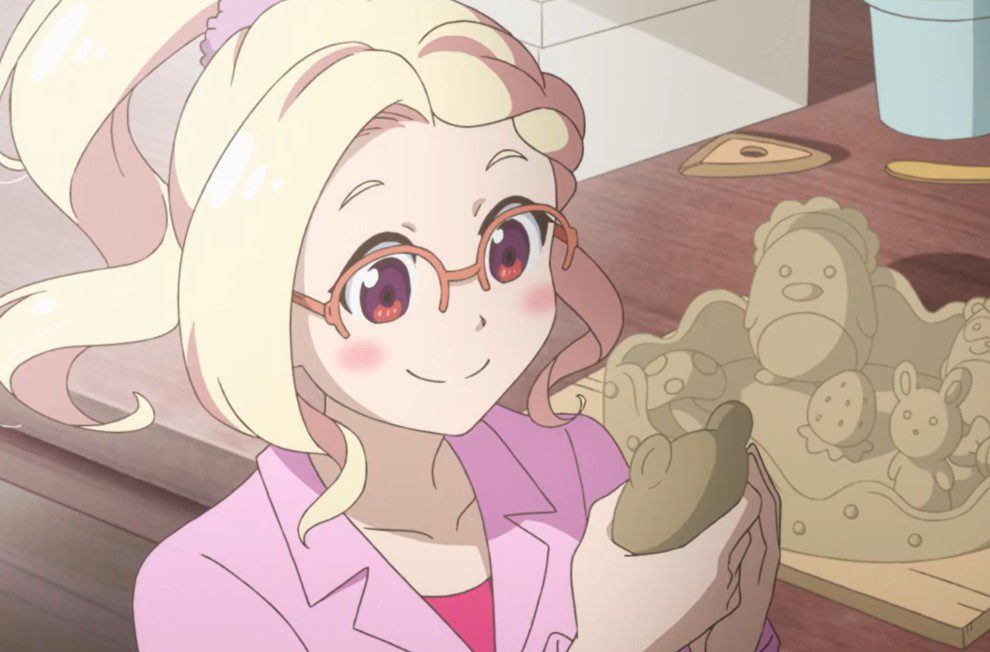 Let's Make a Mug Too Season 2

Touko asks Himeno to come since she has something that she wants to share with her. Himeno agrees, and she heads the early in the morning. The two met and talked about what they will be doing for the whole day. Touko also shows Himeno a bag of sweets. Himeno reveals that she managed to pick up valuable things the last day they met. They enter another store, and Touko shows Himeno her masterpiece, and she knows that it will help Himeno decide on her masterpiece.

Touko reveals that she has been looking for that piece for a long time, and Himeno thinks it is expensive. Touko reveals that she spent all her saved up New Year’s money to buy that piece. They also talked about Mika, who called Toyuko after seeing the picture of that piece. Himeno and Touko had lunch together and talked about girl’s stuff. Touko reminds Himeno about her grandfather, who is a potter. She also reveals that he started selling and her mother’s family worked as potters for generations. Himeno is glad that Touko grew surrounded by potters.

Touko replies that she fell in love with pottery since childhood. During that time, she received lots of love and praises, which made her love pottery wholeheartedly. After lunch, the two head home, and Himeno listens to Touko’s pottery life. Touko also talked about how she managed to become a potter and produce the best pieces. But she had many contests at middle school that scared her. She realizes that her grandfather had pushed her to a limit that made her reveal her best work, but it put pressure on her. Due to her best worker, they made her the present of the student council in the middle school.

Many students learned a lot from Touko, and they expect her to do something amazing. Touko and Himeno arrive at Tokishirou Cafe, and Himeno tells everyone that she is home. Her father welcomed them, and they took a table where they could continue with their story. Touko reveals that she likes to use a color that her grandfather hardly used, and it became her favorite color. But that caused his grandfather to be mad at her, and he told her not to ever come with that color at the store.

Also Read: Eve’s Powers Is Out Of Control in Visual Prison Episode 9

Let’s Make a Mug-Too-Season 2 Episode 10 will be released on 4 December 2021. Touko learns that she had to do things her grandfather’s way. Touko also talked about the day when she and her grandfather went to the Eihouj Temple. They just walked for two hours and arrived at the Temple without saying anything. But when Touko talked with him, he agreed to everything that she said. Let’s look at Let’s Make a Mug-Too-Season 2 Episode 10 official details.