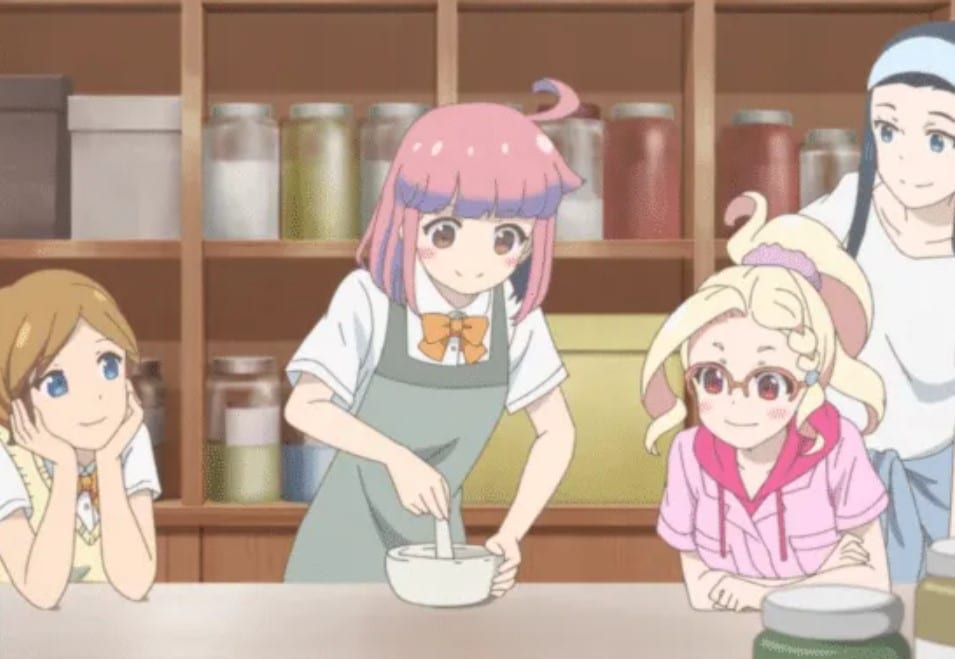 The girls had been successful with their new pottery club, making cups, mugs, and bowls. Mika, Toko, Nao, and Himeno have gathered in the morning at the pottery clubhouse. They are feeling the breeze of the wind since it is summer. Koizumi visited the girls and gave them snacks that she bought for them. The episode is titled The Garden of Sky and Wind. The girls are glad that Koizumi has also brought ice creams and some soda. Koizumi reveals that she used to enjoy this when she was in a school club.

Mika asks Koizumi about the club she attended. Koizumi replies that it is her secret, and Himeno wonders if it’s embarrassing. Koizumi replies it a double hit. She took out a paper and revealed a year’s announcement meant for the 41st Mino ware contest. Toko accepted the form and realizes that she has to participate with the girls. Himeno realizes that Toko told her about the Mino ware contest earlier. She had a flashback when she joined the pottery club. That Toko told her that she is now officially part of the pottery club.

Previously on Let’s Make a Mug Too Episode 6

The day Himeno officially became a pottery club member, Toko told her that she couldn’t wait to see what will Hime make for the fall contest. Himeno prepares from starting that day, and she realizes that this is important for the rest of the club. In the present day, Mika comments that it is their time to shine. Toko reveals that the pottery club participates in the Mino ware contest every year. The results are gathered and then announced at the arts and culture festival.

Koizumi told the girls that she would put up the entire schedule and think of what they want to make. Toko told the girls to make a nice theme, and Mika comments that maybe she will enter the project category. Himeno asks about the project category. Mika reveals that project category’s them is ideas for including Mino Ware in their daily life. Nao adds that they can make whatever they want and submit a presentation of her idea without a physical item. She reveals that people who have no access to pottery-making equipment can participate. 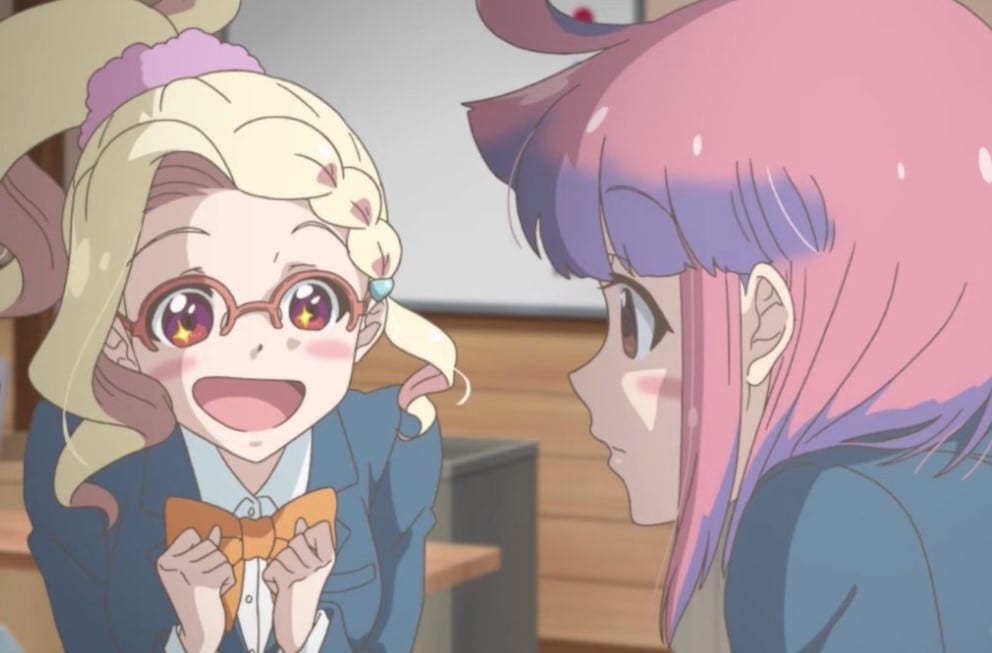 Himeno compliments Nao that she knows so much about the competition. Nao replies that she is a Tajimist. Hime realizes that everyone who is grown up here has an advantage. She is starting to feel nervous that the girls have a lot of experience and she is just a beginner. Koizumi asks Toko if she knows about what she is going to make. Toko reveals that she wants to perfect the big plates she had been practicing. She said that is something they can use when there is a gathering of people. Mika comments that she would make a bunch of little guys to invite to the party.

Toko told Mika that they are not allowed to collaborate. Himeno is worried that the girls know what they will make, but she is still confused. Koizumi told Himeno to stop panicking since contests where they have fun while making pottery. There is nothing different, and they have to go there and show them their best, nothing special. Mika adds that having fun like in the normal days is not enough, and when they are there, they will have more fun than they ever had in their life.

Himeno lightened up and said that they would give it their best and have fun doing it. They wish each other good luck and head home. Later in the evening, Himeno took a pen and paper to draw a mug that she wants to make. She heard her father calling her, and when she got to the caf, she found that Koizumi has visited them. Her father offers  Koizumi a shandygaff. Himeno helps serve chicken wings. The next day Koiczumi helps Himeno with her pottery. Himeno saw a color that she liked and decided to use it for her next pottery.