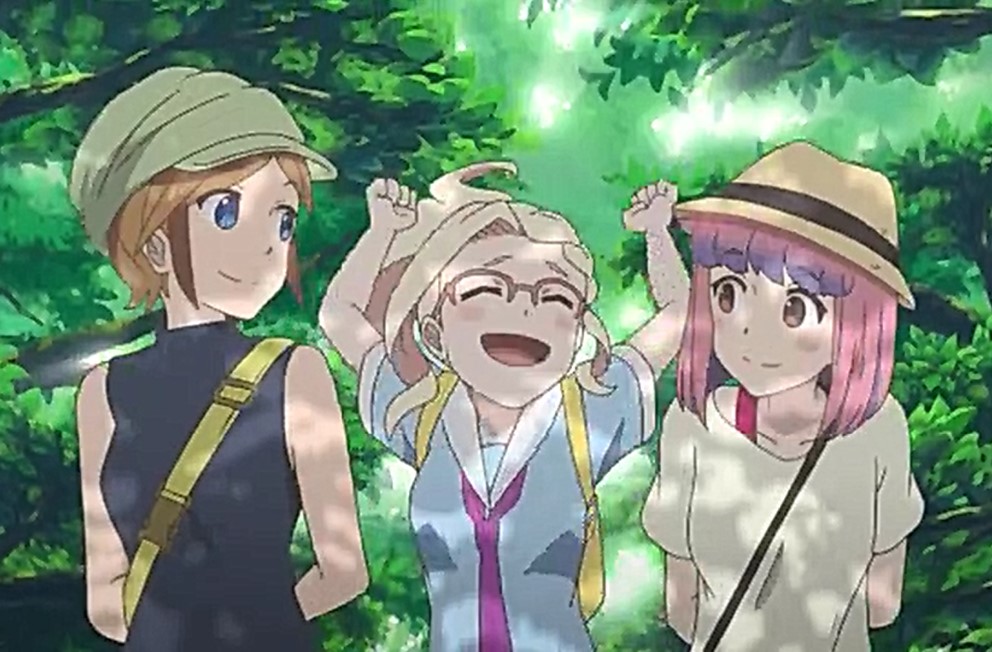 It is summer now, and the exams are finally over, and the girls want to have fun. They head out to spy on a lady who went somewhere. Himeno comments that they are detectives for some reason. Let’s Make a Mug Too is also known as Yakunara Mug Cup Mo
. The episode is titled The Teacher’s Secret. The girls’ board on a train, spying on a lady who is not aware. Himeno reveals that the person they are tailing is Koizumi-sensei. This all started when they heard Koizumi talking over a phone.

The girls suspect that something is going on. They decided to follow their Sensei to find out about her secret. They suspect that this Sensei must be talking to her boyfriend. Himeno asks Nao if she heard Koizumi talking with her boyfriend a while ago, saying ”I hope it will be a wonderful evening.”  Nao reveals that sensei looks like she was in another world.  The girls want to find out who the guy made their Sensei head out in a rush. Inside the train, Mika commented that it was fun when Himeno suggests following their Sensei.

Previously on Let’s Make a Mug Too Episode 5

The girls are happy to have Himeno at the pottery club. They realize that it is fun since Himeno keeps on pulling funny pranks and ideas. Mika reminds Himeno about the bowl she broke last time. They both laugh when they find that it was funny when they try to fix the bowl. When the train passes by the electricity station, Himeno comments that it is where the giant of light sleeps. Nao comments that if there is an emergency, she is sure that giant light will rise and save the day.

Nao comments that she has seen few trains like this one in Nagarawa Railway and Ohmi Railway. The train arrives at the next stop, and the girls notice that their target is moving. They get out of the train and arrives at a mini cute station. Mika gets carried away and says Hey, look. Their target heard that and wonders who is talking since the voice sounds familiar. 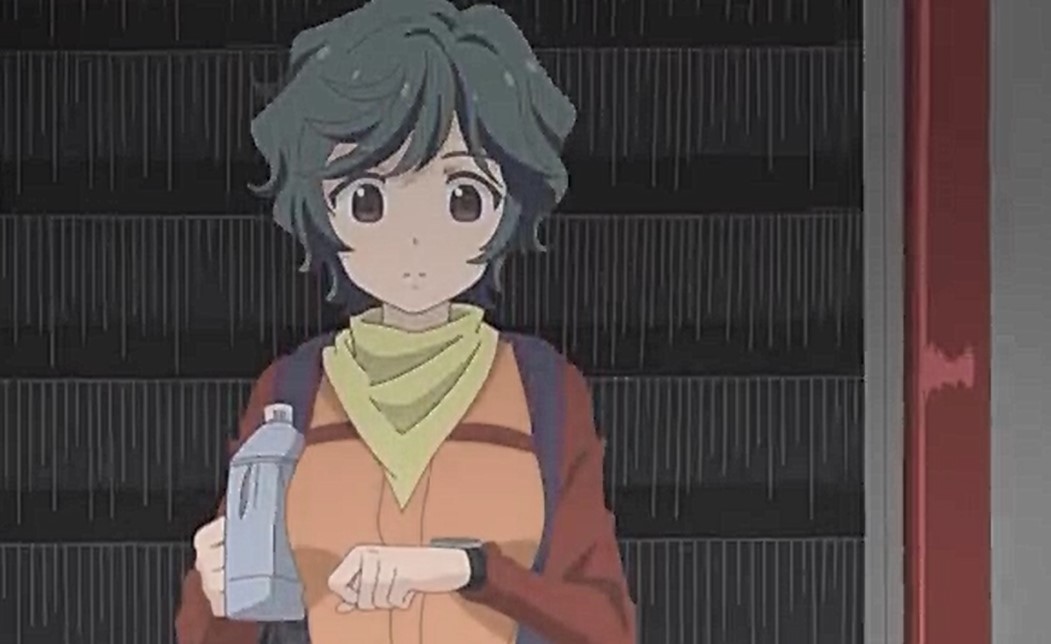 Himena and Nao realize Mika is not fit to be a spy. Koizumi looks behind and finds that there is no one. She started to think that she might be thinking about students since she is used to hearing them shouting. She moves forward while smiling, and the girls show up after she has left. Mika apologizes that she had almost ruined their mission. Himeno made her buy a 1oo yen juice and said she is forgiven. Mika realizes that if she messes up again she will have to pay something.

It is the rule of the mission that whoever messes up will pay for a snack or a drink. The trio continues to follow their target. They traveled a long journey and pass through mountains. Nao comments that it feels like that they are hiking detectives. They arrive at Miyama forest and wonder why their target is entering the forest. When they enter the forest, they are surprised to see a nice hot spring and a wide-open space in the middle of the forest.

Their target moved again, and they wonder how long it will take to reach her boyfriend. They both mess up and Koizumi finds them asking why they are here. The girls spill the bean, and she laughs at them for suspecting that she has a boyfriend. Koizumi revela that she is going to meet her girlfriend, not bf.