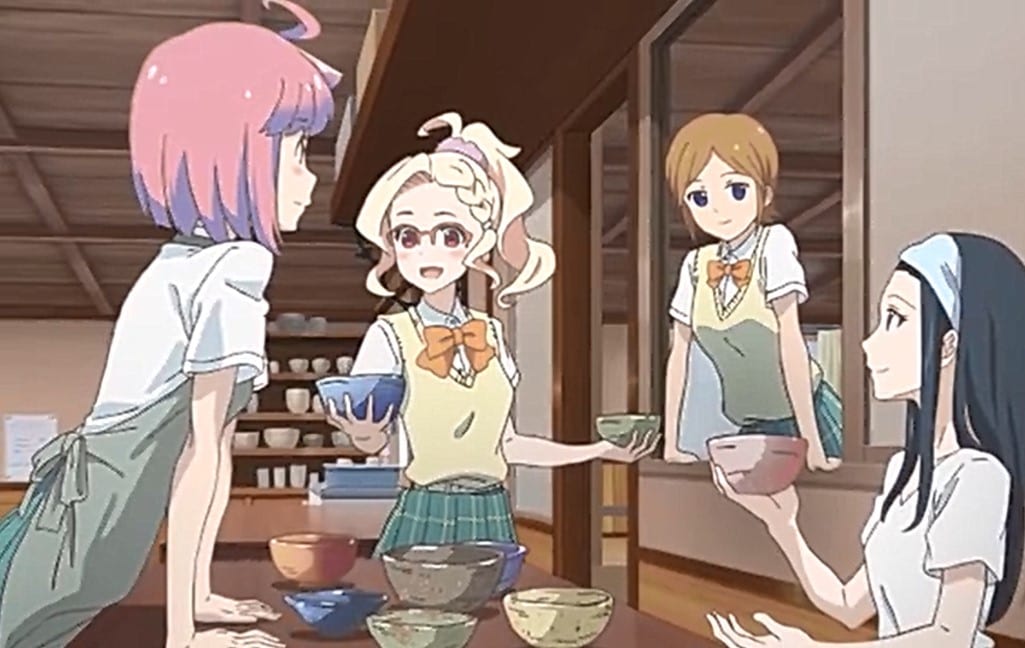 The girls continue making mugs as their daily routine. Himeno is glad that she has finished multiple pieces. She got carried away, and a small incident occurred which shocked everyone. They just heard the sound of something breaking, and they realize that it’s Himeno’s doing. They both look back, and she realizes that she breaks it again. Tokishiro falls on his knees and comments my bowl, and Himeno apologizes. But he was worried if she cut her leg or sustain any injury. Himeno realizes that they are not mad at her for breaking a bowl.

Tokishiro realizes that Himeno has slippery hands, and she keeps on breaking things. He told her that he would bring a vacuum cleaner so that she won’t get hurt. The next day Himeno heads to the pottery clubhouse. She told everyone what has happened yesterday. She told them that she broke a bowl for her father and wants to make him a new one. Himeno reveals that the bowl was a gift for him as his birthday gift. Toko comments that this is a pottery club, and they are here to help.

Previously on Let’s Make a Mug Too Episode 4

Nao seems to be lazy and told Himeno to buy a new bowl since it will faster. Himeno comments that it was his father’s favorite bowl. She fantasizes about her father using that bowl every day in the morning. Himeno told everyone that she has to get him a new one and is not interested in buying a new bowl. Toko asks what kind of bowl was it, and she replies that it is a bowl for Ochazuke. Mika comments that they can examine the broken pieces and then make a new one.

Himeno calls back home and asks about the broken pieces. Sachie told Himeno that she threw away those broken pieces since they were too dangerous. She also reveals that today was the collection day for broken glass and ceramics. After a call, the girls were completely shuttered since they realize that they won’t get the broken pieces. Himeno can’t believe that is happening today of all days. Himeno tries to sketch the bowl on paper, but she ends up drawing an iron.

She realizes that the bowl didn’t look like iron. She realizes that she should have looked at it every day to not forget how it looks. Toko asks her if she wants to get a similar one, and Himeno agrees. They both look for a bowl that looks exactly like the one she broke last night. After a long search, Himeno manages to find another one, but only the color looks the same. 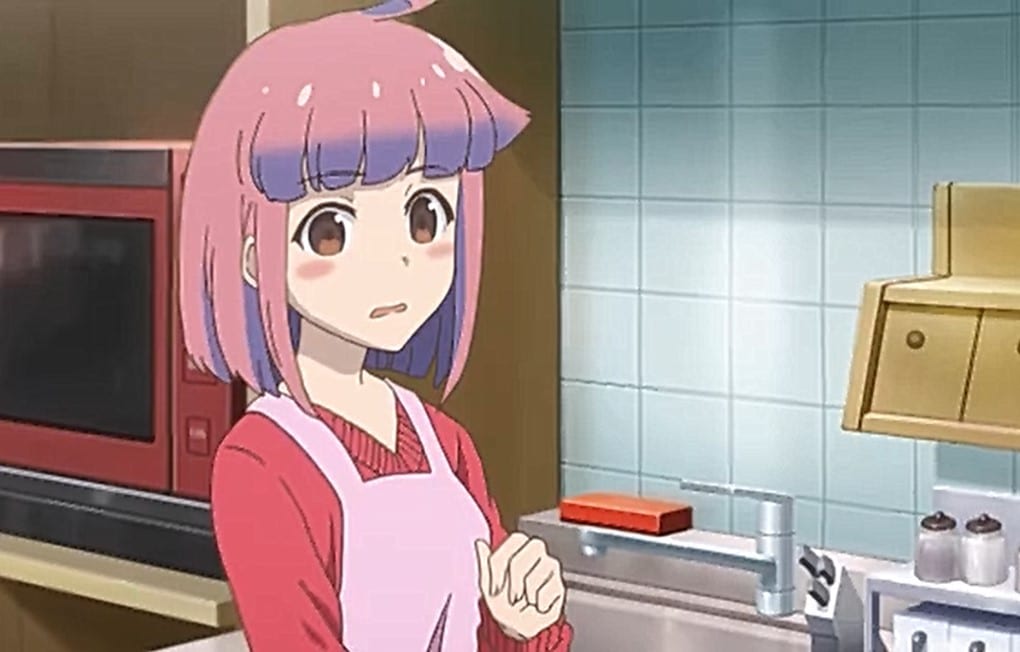 She finds another one and said the shape looks like this. Toko comments that they have to make a new bowl from two bowls. She realizes that Himeno’s father prefers a more subdued design. The girls started to make a new bowl for Himeno’s father’s birthday. She decided to surprise him and gift him without knowing. Later Himeno heads home and investigates her father to find why he likes that bowl. In the morning, she headed back and told others the findings of her investigation.

She showed them hows big that bowl was and how her father hold it. Toko notices that the bowl she is showing them is too heavy and too big. She told Himeno, and Himeno thinks that she had a wrong idea. Mika comments that if it is heavy, they can add a handle. Himeno realizes that her father will notice that it is not the same bowl.

Toko comments that it means that the bowl is different from any other bowl. She thinks that it is an old-fashioned model of the bowl, and they are hard to made and find. Toko decided that they must work together and make a perfect bowl for Himeno’s father. Later Himeno heads home with a bowl and tests her father if he likes. His father realizes that this bowl is the same as the one he used. When she is not away, her father complements that bowl, and she came back and heard everything.

Also, read Jujutsu Kaisen Season 2: Everything That Will Happen In The Next Season!