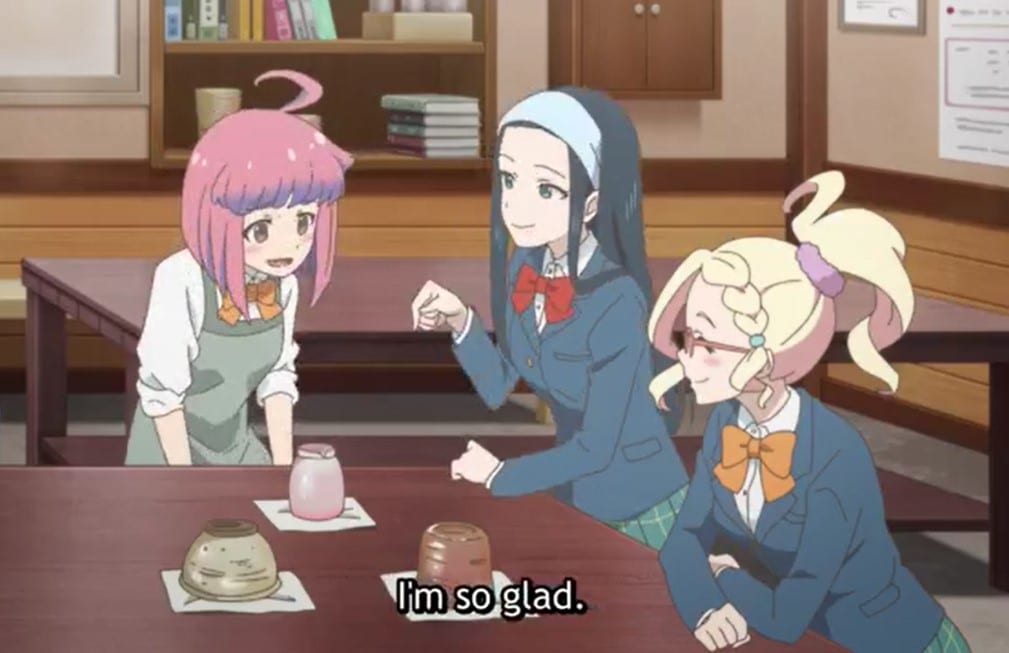 It has been two weeks since Himeno started school ad she has gotten used to living in Tajima. She realizes that Toko told her that she is now part of the pottery club. Toko also told her about the upcoming contest, but Himeno is worried about the pressure. Himeno is worried if she can do this, and Nao confronts her. Nao asks her about Mika. Let’s Make a Mug Too is also known as  Yakunara Mug Cup. Himeno reveals that Mika is out buying equipment wiki Toko.

Nao thinks that Himeno looks like Tanuki and she loves Tanuki. Himeno is surprised at what Nao is talking about. Nao left while saying that she is going to the Rescue Club today. Later Himeno heads to the club, but she is worried about something. She realizes that she needs advice from Nao. But Nao is not around, and she can make mugs alone. She notices that the clubhouse is messy and decided to clean while waiting for the others to arrive.

Previously on Let’s Make a Mug Too Episode 2

At ToKishirou’s place, Chise is worried of Himeno will keep up with the club. Chise hopes that Himeno won’t give up on the idea of working with the club. Tokishirou comments that Himeno won’t give up; she has a bold side within her. But he is worried that she always breaks things. Meanwhile, at the clubhouse, Himeno almost broke a mug. But she picked it before it hit the ground, and she is trying to handle all the work alone. She is relieved that she has not broken anything today.

Mika arrives and kicks the door, which makes Himeno gets scared, and she ends up breaking the mug. Himeno apologized and told Mika that she was trying to clean the place. She picks up the much that she has broken and Toki, along with Mika, notice that the mug has a little crack on it. Toki comments that they are used to such things since it always happens when working with mugs. They also expect that anything can happen that causes the mug to break.

Mika notices that Himeno is worried and reminds her that it was not done on purpose. They show Himeno that when she drops the mug, it was already broken. Himeno is glad that she didn’t break the mug. Toko comments that Hagi ware cups always have some that look like cracks; they call it koudai. Mika comments that they can also call it Kiri-koudai. They start to teach Hemno about the different pieces, and Himeno thought they were showing her Mino ware mugs. 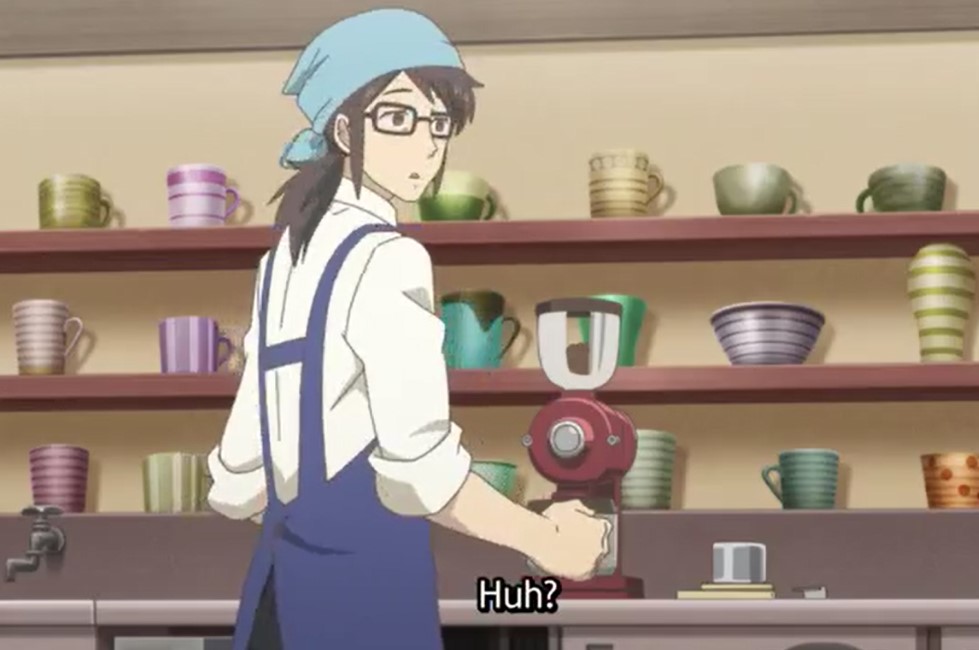 Toko comments that they are not Mino ware; they are examples of pottery from all over the country. Mika notices that Himeno knows nothing about what they are saying. She draws a map and teaches Himeno about different pottery all over the country. Nao also arrives and scares Himeno for the second time. Himeno told her to stop appearing like a ghost since she scared her. She asks Nao about Rescue Club, and ao reveals that she was registering the club members.

Nao reveals that her main job is Tokokawa Hime researcher. Himeno got confused, and Mika comments that she has finished drawing a map of Japan. Himeno asks why they need a map of Japan. Mika told her that she would find the answer as she explained. Mika explained about the Mino ware that is originated from the Tounou region. Toko reveals that Tounou has Japan’s biggest poetry production base. The trio explained everything to Himeno, who notice that this is a pottery paradise.

Himeno heads home when the sundown. She explains how her day was to Chise and Tokishirou. Tokishirou laughs at her when she reveals that Nao said she looks like Tanuki. Hime didn’t understand what Nao met earlier when she said she looks like a Tanuki. Toshirou reveals that Himeno is the Tanuki of Tajimi. Himeo comments that her mystery is solved after hearing Tokmishirou’s words.

Find how Himeno met with the trio here on Preview: Let’s Make A Mug Too Episode 2.