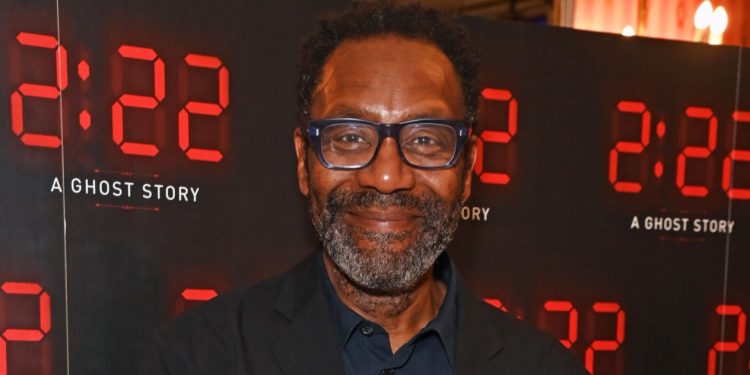 Lenny Henry is a writer and actor from the United Kingdom. Aside from that, he has worked as a comedian, a television personality, and a singer in the past. Nowadays, he is making news for his personal life. There are many rumors speculating about Lenny Henry’s Affair. We will discuss this in detail here. He began working at several venues at an early age in order to hone his humorous skills. He was continually attempting to imitate well-known artists. Through his efforts, he achieved enormous popularity among the general public. At the very early age of sixteen, he made his television debut in 1975 on a talent program. Many people were won over by his outstanding imitations of a variety of well-known celebrities. Since he began to gain popularity in the industry, he had several possibilities by the time he turned 21.

Lenny Henry began his career as a comic in the Black and White Minstrel Show. On August 29, 1958, Lenny was born in Dudley, England. He goes by the name Lenworth George Henry in real life. His parents relocated to Jamaica, making him a citizen of the United Kingdom. St John’s Primary School was where Lenny finished his education. However, he transferred to the Blue Coat School in Dudley. After that, he graduated from W.R. Tuson College in Preston. During his time in the United Kingdom, he even met with his biological father. However, because they had never met before, he never discovered much about him. He is also the vice-chancellor of Birmingham University. As time passed, Lenny grew in popularity as a result of his job, and he began to attract a lot of public attention.

What do you know about Lenny Henry’s Affair? Lenny Henry is rumored to be having an affair with a thin blonde woman whose identity is unknown. However, the authenticity of this information has yet to be established, as Lenny has refuted the allegations. It’s also been suggested that Lenny Henry’s affair with this thin blonde woman was the catalyst for his 25-year marriage to end. Despite accusations that Lenny had cheated on his wife, the couple remained together until 2010, when they decided to split up. During a tour over a decade ago, the comedian admitted to spending the night with Merri Cheyne, then 26 years old. Lenny was also accused of molesting dancers at a strip club in Tenerife shortly after the incident broke. In her 2008 biography, Dear Fatty, Dawn French detailed the incident.

Also Read: Ashley Reeves’ Marriage: Everything To Know About It

Dawn French was Lenny Henry’s wife. After meeting at the Comedy Store Club in 1981, Dawn and Lenny married in 1984. He met his wife, Dawn French, while he was exploring other options to switch occupations. They married in 1984, and she was the driving force behind his decision to pursue a career in this field. After trying for a kid, the couple discovered they were unable to conceive children of their own.

When Billie was three weeks old, the couple decided to adopt a mixed-race baby and named her Billie. After 25 years of marriage, they abruptly announced their divorce in 2010. In 2010, their divorce was finalized. One rumor claimed that the pair decided to divorce due to Lenny’s affair with a slender blonde woman, which was said to have left their marriage on a knife’s edge. Dawn married her second spouse, Mark Bignell, after the divorce; the couple has been married for seven years.

Two years after his divorce from Dawn, Lenny began seeing his present partner Lisa. Lisa Makin, a theatre director, has been Lenny’s girlfriend since 2013. Makin is a theatre producer and casting director who is credited with assisting the comedian in pursuing more difficult acting roles, such as Shakespearean roles. She rose to prominence after becoming acquainted with Lenny Henry, a diverse and multitalented actress, and comedian. Lisa Makin has kept her private life hidden from the public eye. As a result, her age and date of birth are unknown. Lisa is a reserved individual who only divulges professional information to the general public. She has unquestionably got a degree from a reputable university. She appears to be a well-educated individual.

In the 1999 New Year Honours, Henry was named a Commander of the Order of the British Empire (CBE). He was honored with the British Comedy Awards’ Lifetime Achievement Award. In the Queen’s 2015 Birthday Honours, he was knighted for his contributions to drama and charity. Henry was named chancellor of Birmingham City University in July 2016, stressing his desire to provide life-changing experiences to young people from all walks of life. Lenny has also been named to the Powerlist of the 100 most powerful Black Britons, where he was ranked fourth in 2016. Henry received an honorary doctorate from Nottingham Trent University in 2016.