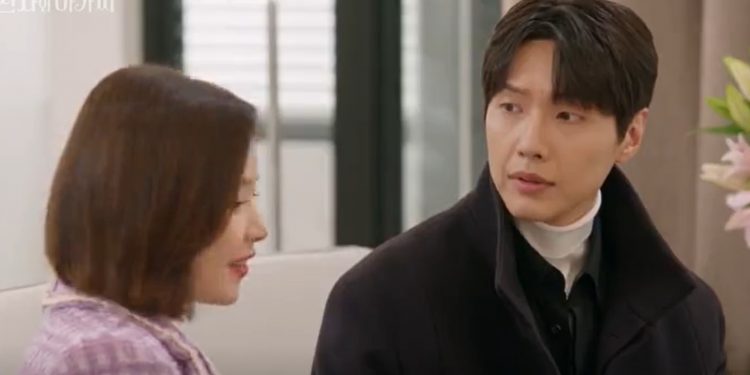 ‘Young Lady and Gentleman’ Episode 27 is coming this Saturday, and so are Young Guk’s memories and Cho Sa Ra’s former affair. As Young Guk was in the middle of his engagement ceremony, the moments he spent with Dan Dan hit him all of a sudden. Sa Ra asked him about what he saw, but he couldn’t see what it was. Saying that he feels dizzy, everybody looked at him with worry. On their way back home, Sa Ra did ask him again, but he just dismissed it. Saying that it might be the stress of taking a step forward in their relationship. Young Guk apologized while Sa Ra just told him she was happy that they were together now.

Coming back home, Dae Ran told Dan Dan and Yeokju about what happened. As they went on to congratulate the new couple. Young Guk could see a heartbroken Dan Dan as she took Se Jong to bed. Even though Dan Dan was able to get the kids to agree about Young Guk getting married again. It was still a lot for them to take. Se Jong had been missing his mom and crying that his father is moving on. As Jae Ni tried to console him, the three siblings cried together, missing their mother. While Dan Dan watched from the side, not being able to do anything.

Young Guk and Sa Ra went on to spend some time together along with some wine. Telling her that she’s a nice person, Young Guk told her that she fell for her when she saw her the first time. Telling her that he will try harder now, he hopes she’ll give time to his kids too. But deep down, he knows he has to force himself to like her. On their way back, they stopped to play at the arcade store. But with another flashback threatening to hit him, he told Sa Ra that he’s too drunk to play. So while Sa Ra celebrated with her mother and Mi-Sook, she told them about the day she had with him. Young Guk got of the cab in the middle when he saw Dan Dan and the kids outside.

Also Read: Ha Ru And So Ri Decides To Shut Down Their Company In ‘Love Twist’ Episode 8

Wanting to join them, Young Guk went to karaoke with his kids and Dan Dan. They all danced and sang together, having fun. Coming back home, it was all he could think about. The night when they were together, watching the starry night before the accident played in his mind. Making him get up and think that it wasn’t an illusion. Calling Dan Dan to his room to talk about what he saw in the flashback. Asked if he ever carried her on the back, and they saw the star-filled night. As Dan Dan told him that they did spend the night stargazing together, he asked her to explain what happened that night. She went on to tell him about what happened at the vacation house when they were there for Se Chan’s birthday. Hearing that they weren’t alone there, his heart broke a bit, but he made peace with it. As he was thanking her for staying and making his kids happy, she just congratulated him and went on her way.

‘Young Lady and Gentleman’ Episode 27 will release on December 25. While Sa Ra found an unexpected guest i.e. the married guy, she had an affair with waiting for her at the door. She rushed Se Jong into the house. As Sang Gu told her that he’s now divorced and wanted to tell her. Before it could get too much, Cha Gun came to Sa Ra’s recuse. Hoping to take her mind off it, she went on to spend the night with Young Guk as she thought. But with his memories coming back and him confronting her. She and Dae Ran’s plan has blown up completely. While the kids have decided to play cupid for their father and Dan Dan.

‘Young Lady and Gentleman’ Episode 27 will be available to watch on the streaming platforms Rakuten Viki and Viu.