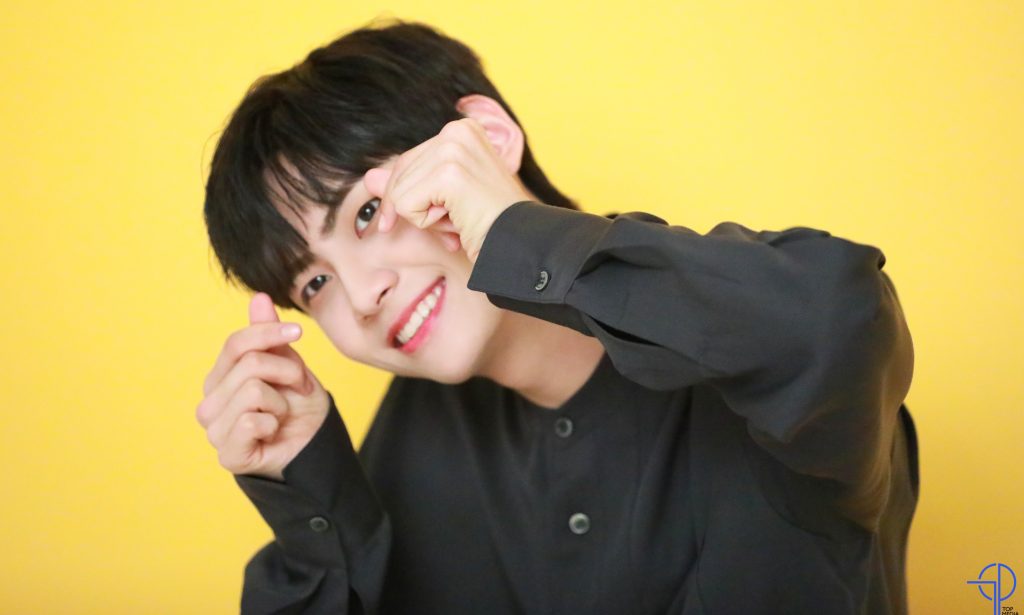 Lee Jin Hyuk is back in business; he announced the release of his new solo album ‘SCENE26’ on April 3. This album includes seven new tracks from Lee Jin Hyuk. This is Lee Jin Hyuk’s third mini-album that he has written and composed by himself, and even listening to the snippets of the song will make you dance.

Lee Jin Hyuk is a 26 years old South Korean actor and singer. He is a member of the talented boyband UP10TION.

Lee Jin Hyuk’s third mini-album is about the process of growing up and maturing. Lee Jin Hyuk talks about how it is enjoyable to see himself become the things he wants to become, but it is harder to develop in a better way.

The name of Lee Jin Hyuk is referring to his age, as he is 26 years old. In an interview with Kcrush, Lee Jin Hyuk said that fans would see a more mature side of him as he has grown older. The album consists of two versions, Reel and Roll. The Reel version has details that show Lee Jin Hyuk’s urban, chic, and confident side. The Roll version of the album shows Lee Jin Hyuk’s journey from being a boy to a man through careful detailing.

Lee Jin Hyuk released his solo comeback song 5K on April 5 KST. The song is full of energy, and you will definitely add it to the ” must listen when feeling tired” list. It is an upbeat and groovy song that has a hook-up line that you will keep repeating all day long. The song was chosen as the comeback song as it truly reflects the theme and vibe of the entire album. The song is already on its way to a million views.

The music video is as energetic as the song, with bright colors, playful outfits, and quirky backdrops. Lee Jin Hyuk and his dancers have added icing to the cake with their playful dance moves.

Hati-Hati is one of the most rocking songs in the mini-album track. Lee Jin Hyuk uses his double talent and blesses us with both his rapping and singing in this song. He proves how badass he is in this song. The lyrics, written by Lee Jin Hyuk, talk about how he is stronger and in a better place, so no one should trouble him or try to bring him down. A cool fact about the song is that Hati- Hati literally translates to ” BE CAREFUL” in the Indonesian language.

Lee Jin Hyuk talked said that this was the hardest song to compose in his third album. This song includes Lee Jin Hyuk only singing and not rapping, which is a first. The asteroid is a more calming song. The asteroid has profound meaning; it talks about a little boy with huge dreams in his eyes and how he is slowly getting to the point of achieving them. This song really makes the listeners hopeful, and the fans are pleased to hear it.

Half Awake is another amazing track from this album. It’s a song about Lee Jin Hyuk’s self-realization that he is alert all the time. It is also a reflection of how tiring being an idol is, with lines like ” I got fatigued, but I got results to get every day.”

In my opinion, Wave is the best track on the album. The banging music compilation, along with the powerful lyrics, easily makes this song number one on everybody’s list. The song starts with police sirens in the background; Lee Jin Hyuk is mostly rapping in this track.

There is a famous saying that ” real eyes realize real lies” and Lee Jin Hyuk has powerfully rapped it in his song Coup d’Etat. It is a track that will get you moving. Coup d’ Etat is about choosing the right path even if it is hard.

Lee Jin Hyuk is moving smoothly on the road to success with such amazing songs. Lee Jin Hyuk rose to fame after winning the 11th position on Produce X 101 and has been winning since.