Multiple rumours, forced marriages, and a huge revealtion are all wrapped up in The King's Affection 19! 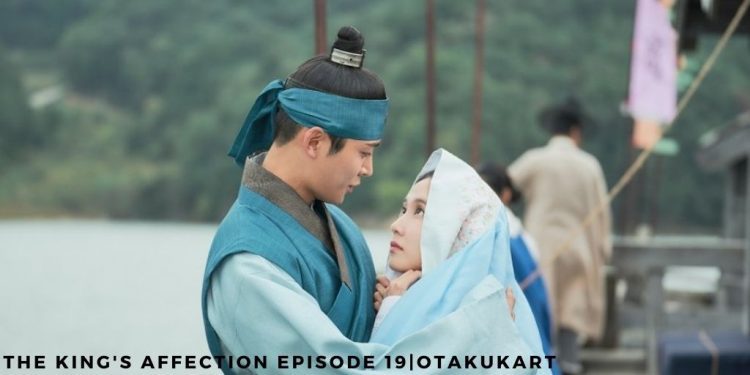 The King’s Affection Episode 19 has fans on their toes. Ever since fans have gotten a taste of Lee Hwi’s and Jung Ji Woon’s pure and sweet relationship, they cannot wait for more. However, as devoted viewers of The King’s Affection, we already know that the two of them will have to pay a huge price for their love. Moreover, fans cannot help but feel that all the sweetness is just a foreshadowing of the heartbreak to come. Especially since the historical drama shocked us all by the revelation that Lord Chang Woon is still alive. And, his suicide was just another one of his and Lord Won San’s mischievous plans to steal the throne from Lee Hwi.

To make the storyline more exciting, the first people who discover that the Crown Prince is actually a woman are none other than her worst enemies. You guessed it right, folks, Lord Chan Woon and Lord Won San now know that Lee Hwi is a girl. And their determination to take over the throne of Joseon is now stronger than ever before. What do these two have in mind? Will the Kingdom finally come to know about the Crown Prince’s true identity? Will she receive affection or a painful punishment?

The King’s Affection Episode 19 will answer all your burning queries.

Fans are dreading the moment when they have to bid goodbye to this show. But they cannot wait to find out what destiny has in store for Da Mi, who spent her precious years as the Crown Prince Lee Hwi. Luckily, The King’s Affection Episode 19 will be releasing on the 13th December 2021. Furthermore, the expectations from the second last episode of this magnificent show are high and rightfully so. Fans are yet to know if the Crown Prince’s identity will be exposed in front of the entire kingdom.

And if his secret is revealed, will the subjects that he worked hard for stand by his side? Will Lee Hwi have to give up on the love of his life? These are just a few among the gazillion questions that fans have in mind.

Moreover, the drama has reached unfathomable heights thanks to the hard work of the cast and crew. From the dazzling chemistry to the well-thought-out storyline, everything about The King’s Affection screams perfect. Make sure to mark your calendars for the release date of The King’s Affection Episode 19.

Where to Watch The King’s Affection Episode 19?

All you need is a subscription, and you will be blessed with the latest episodes of The King’s Affection with subtitles in the language of your choice. So do not miss out.

What to Expect From The King’s Affection?

Ever since the beginning of The King’s Affection, fans were always praying under their breath for Da Mi. The little girl who was abandoned by her family just because of a bad omen. Then brought back to the castle that abandoned her to impersonate her dead younger brother. Da Mi’s story is truly of the most tragic stories that you will ever see. But no matter how difficult the path was. She found people who truly loved her and looked out for her every step of the way.

But now, with the two greedy princes, Lord Chang Woon and Won San discovering her secret, will she be able to hide anymore? Fans are excited to see if Da Mi will take the road that she had not taken years ago or will she continue to live in misery. Make sure to watch The King’s Affection Episode 19 to find out.

Also read: Top 8 Spectacular IU Kdrama That Prove She Is A Talented Queen

‘The Old Guard’ Ending Explained: Forever is Harder than it Looks!