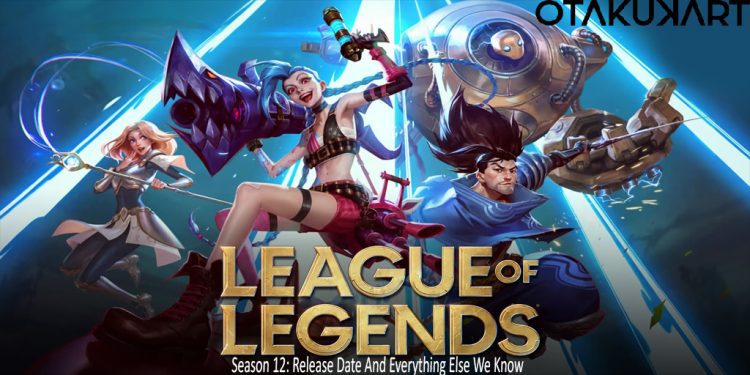 The new year has come and with the new year comes the new season for League of Legends. When will the season 12 drop? What will it bring for the players? Will the changes come that fans have asked for a long time? This article details all the news that is out till the writing of this article. Release date, updates, the time it will start on, etc. League of Legends is a free-to-play multiplayer online battle arena released in 2009. It is developed and published by Riot Games. League of Legends has taken its inspiration from the Defense of the Ancients, a custom map for Warcraft III.

The game has two teams with five players each. Both teams have to defend their side of the map and destroy the other team’s Nexus as the primary objective. Each player in the team controls characters called champions, and each champion has different abilities and roles. Upon its release, the game received positive reviews from both fans and critics. Due to the game’s long life span, it has improved a lot and received more positivity. League of Legends is one of the biggest and largest esports games in the world. In 2021 a Netflix original series named Arcane was released based on the lore of League of Legends, which featured famous characters like Jinx, Vi, Jayce, Kaitlyn, etc.

On 4 January 2022, League of Legends dropped its first major update.  The update’s patch has some changes for the game like characters buffs and nerfs, item balances, and some new skins.

Many Bugfix and QoL Changes have come with the new update 12.1.

There are two new skins in this patch.

Also Read: Nvidia RTX 3090 Ti Specifications: When is it Coming?

When To Expect League of Legend Season 12?

With the first big update for League of Legends out, Riot has announced the start date for the ranked matches. The games ranked match on Friday, 7 January 2022. The time and date for all the regions are in the pic below. Be ready for all the hype that Riot Games brings just before the season drops. The season trailer comes with epic music, epic storylines, and always something related to the new characters.

Season 12 of League of Legends will bring in many new changes and updates to the game. Some are speculations and, some are confirmed. They are:

With the start of Season 12, Riot Games will have a special clash tournament for League of Legends called Forge God Clash. There will be special Forge God-themed Rewards. This tournament will offer the following items:

Riot Games has said that Forge God Clash Tournament will occur only on one weekend. Team matches will take place on 15 and 16 January, with team formation open on 10 January. Riot has said that the players will still be able to get God-clash-themed rewards.

The first Forge Clash tournament will start from patch 12.4 onwards.