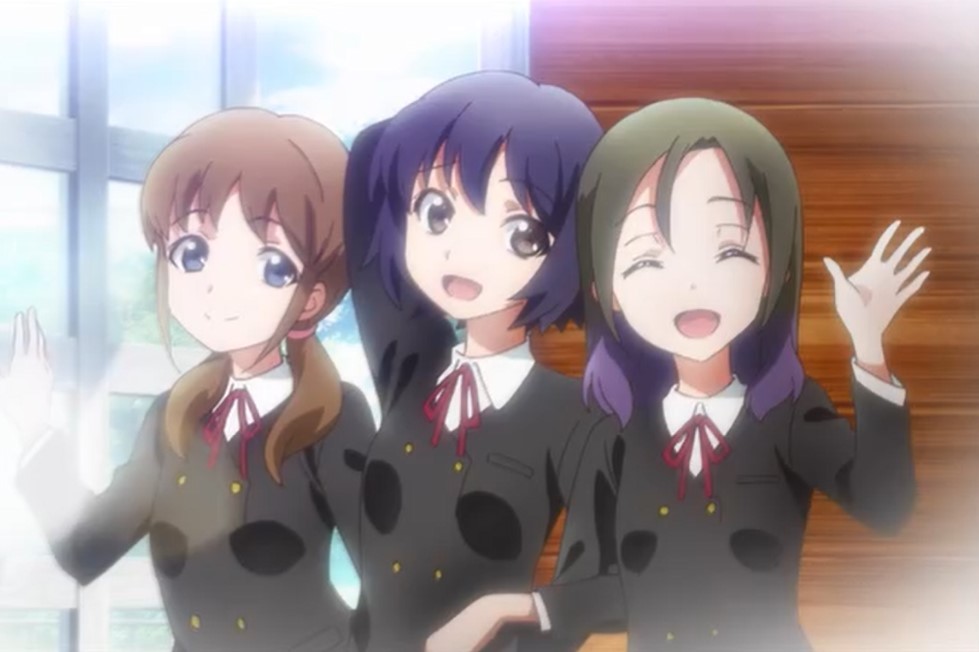 The LBX girls have managed to get time to relax in a hot spring since they don’t often get a chance to do so. Riko said that fighting with Mimesis is the worst part, and Kyoka brings the temporal quake topic. The girls are missing their homes, but they think it is impossible. When they are dressing, Miharu said that the GJSDF’S Fuji School Brigade should be near here. They can connect them and get the latest updates on their forces and strategy.

When they are inside their ride, they introduce themself to each other since they have recently met. They didn’t know each other’s real names and told each there names and places they came from. Since they were busy making funny jokes their ride hit with a stone. But Miharu manages to control it and stopped. They manage to get out there. The girls proceed with their journey.

LBX Girls Episode 3 will be released on Thursday, 21 January 2021, at 12:oo AM JST. We advise you to try an official way to watch this for Animes support. Try this link, AnimeLab, and Funimation, to watch LBX Girls Officially. Let me take you to the following details below.

Kyoka said they are heading towards the lava plateau, and Riko asks what that is. She replies that it is the remains of lava from old eruptions of Mt.Fuji. Kyoka reveals that eruptions make a huge cave network underground. That is why the ground collapsed, and she also said Gonteba is the perfect place to defend against a Mimesis attack. Yui is worried that the vehicle Nate didn’t warm the that there was a hole earlier.

Nate replies that he was o a searching mode and he must be driven in manual. Later the girls reach a town nearby, and they stopped. The gets out, and Riko saw an armored girl statue. They ask each other what is she doing here, and Miharu replies that she died trying to protect this base. Riko recalls when she battles with an army and asks if there is an armor boy. Yui comments that if so, they can find an armored man and make him their servant.

They both give each other task of buying all the equipment they will use on their journey. When they pay for their equipment, Roko is surprised that they don’t use the money to pay after witnessing a customer paying his good. Kyoka reveals that they use core crystals to pay. Kyo also said that core crystal is the energy source for this world. Riko realizes that one of the ladies took the core crystal when they were in battle and defeated the robot.

Kyoka adds that the Mimesis uses the cores to live, and the armor girls use them to fight. They also use them to take the core from the Mimesis, and the two heard civilians saying that they failed to stop the second quake. They also reveal that they heard the self-defense forces and armor girls were wiped out. Tokyo is overflowing with Mimesis, and the citizens are worried that the members of their self-defense group have not yet come back.

One of the citizens saw the five armored girls and realizes that they are survivors of Ikebukuro. Those five belong to a Mobile Unit: Kyoka, Yui, Riko, Miharu, and Otamaki. The citizens are released that they are saved, and they can make contact with those five. Taichi calls them in to negotiate the contract t, and he first offers them food. Riko wanted to dig in, but she realizes that others are not eating.

Kyoka tells Taichi that it is not true that they are wiped out, and according to the information they receive from the GJSDF. Casualties in operation to stop the 2nd Temporal Quake was 40 percent front forces. The GJSD, as well as the individual self-defense groups and the armored girls as well. They have suffered losses that rendered them temporarily unable to fight but are being rebuilt. It is also too soon for everyone to abandon the area.

Taichi asks the LBX girls if they are willing to stay and protect them, but Kyoka refuses. Kyoka said that their mobile units have a mission that doesn’t include base defense. She also reveals that new armor girls have been confirmed arriving in the second quake. They have to find them and settle the matter, and one of the civilians is angry that Ryosuke and Hiro died for nothing. Kyoka apologizes, saying that they are part of the organization they can’t decide on their own.

Later after a long argument, the LBX girls agree to sign the contract to save the civilians. They plan how they are going to handle the mission and strengthen their defense forces. Later they enjoy food while staying at the base waiting for the upcoming war. Riko tells Kyoka that she was never ready for the battle, but she will do it for the civilians’ sake.

This week, we manage to get all of the above details for you; for more updates, you can visit us daily.