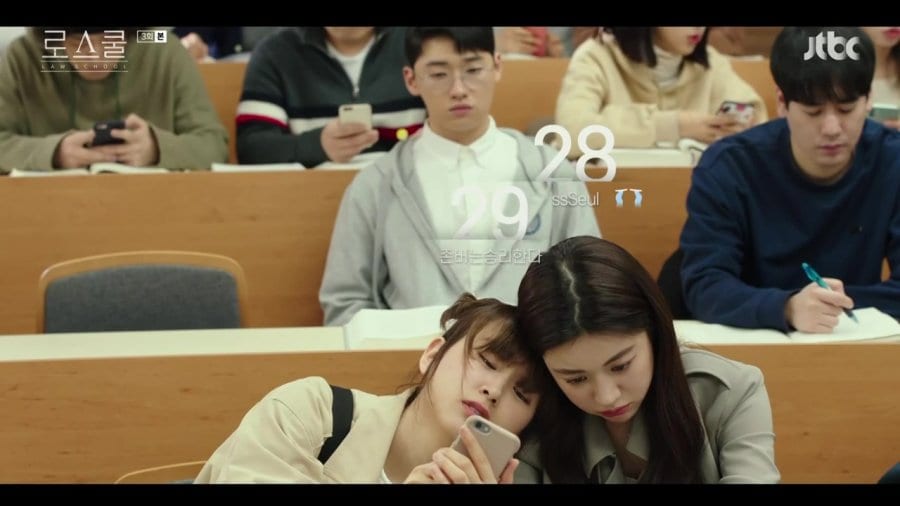 A Still from the ongoing drama Law School

Law School Episode 6 has been released much recently. The drama is based on law, as its title suggests. Law school-centric dramas are rare in South Korea, and this drama particularly focuses on it. The ongoing recently released drama got quite a good opening with the premiere of the first episode. The drama focuses on law students of a very high and prestigious university. The law school where they study is the background for the plot. Starting in mid-2020, the drama started with the casting. The casting of the drama was completed within a few months and soon after started off with the filming. It won’t be wrong to say that the drama is absolutely star-studded and is maintaining a good grip until now. The drama has also been included to air on Netflix.

The drama was finally released on 14th April 2021 and had a total of 16 episodes. With each episode to be approximately 1hr 5min long. The drama releases two episodes every week on the original network JTBC. Law School has been scheduled to release every Wednesday and Thursday at the 21:00 time slot. The mystery crime drama is slowly attaining its pace by solving a case that disrupts the people in the law school. With that, the drama will go off the air on 3rd June 2021. The plot of the drama circles around the lives of the professors and the students of the law school. Until now, Law School Episode 6 of the drama has already been released. The drama will soon release the 7th episode next week. The drama is also popularly known as Loseukul.

Law School Episode 6 was released on 29th April 2021. The overall plot for this episode revolves around its main characters. Yang Jong Hoon, Han Joon Hwi, Kang Sol, and Kim Eun Sook. The rest students of the law school are also centered in the plot. The episode starts with professor Yang Jong Hoon having a conversation with the culprit While Kang Sol B calls him. She regrets plagiarising on her mother’s call and is seen getting dominated by her mother. While Kang Sol A is studying along with Han Joon Hwi, she gets a call from the police station. since Sol’s little sister Byeol got scared and sprayed all over the eyes of a culprit.

We also got to see some good chemistry blooming between the two leads. With all the hustle and bustle around, Han Joon Hwi and  Kang Sol seem to be getting close together. While Mr. Kang gives in false statements and later gets interrogated by the media. While on the other hand, the psychopath keeps asking Kang Sol A to bring Kang Dan to him. the psychopath apparently wants to find his son and hence wants to meet her sister, Kang Dan. We got to see the mysteries revolving around Kang Dan increasing little by little when she calls Yang Jong Hoon, and Kang Sol finds about it. The episode ends on that note. While many revelations are yet to happens, which will eventually disclose in the next episode. 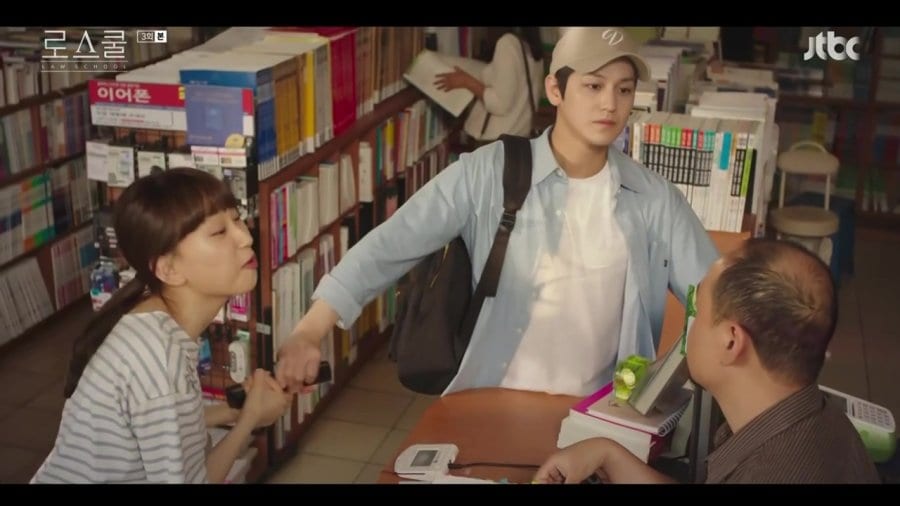 The main lead actor from the ongoing k-drama Law School

The Cast Of Law School 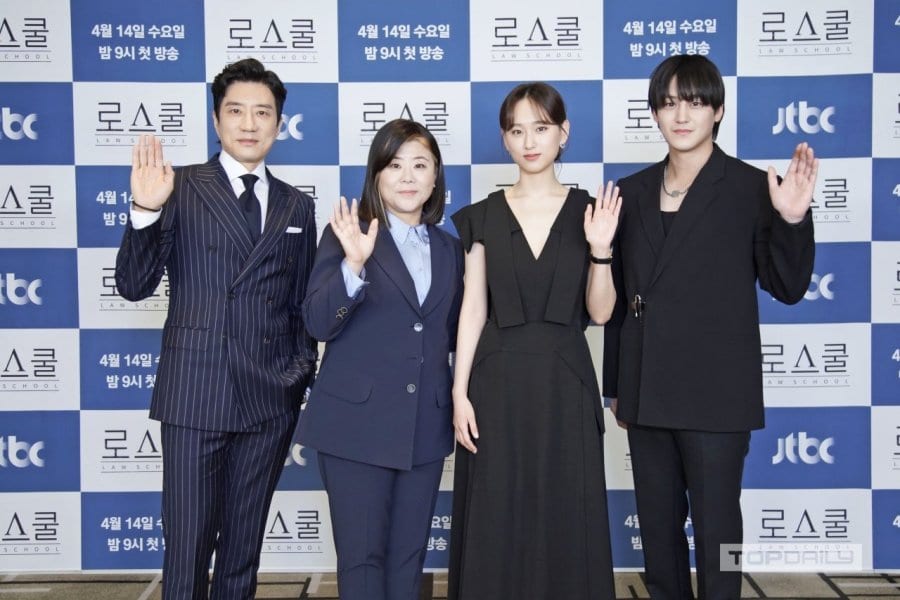 The cast of the k-drama Law School

In a major support role, we have Park So Yi as Kang Byeol, who is Kang Sol’s little sister. Other important supporting roles are done by actors likes Lee Soo Kyung, Lee David, Go Yoon Jung, Hyun Woo, Kim Min Seok, and Li Kang Ji. The drama is currently streaming on both JTBC and Netflix. So, tune into your preferred network and watch the show anytime.