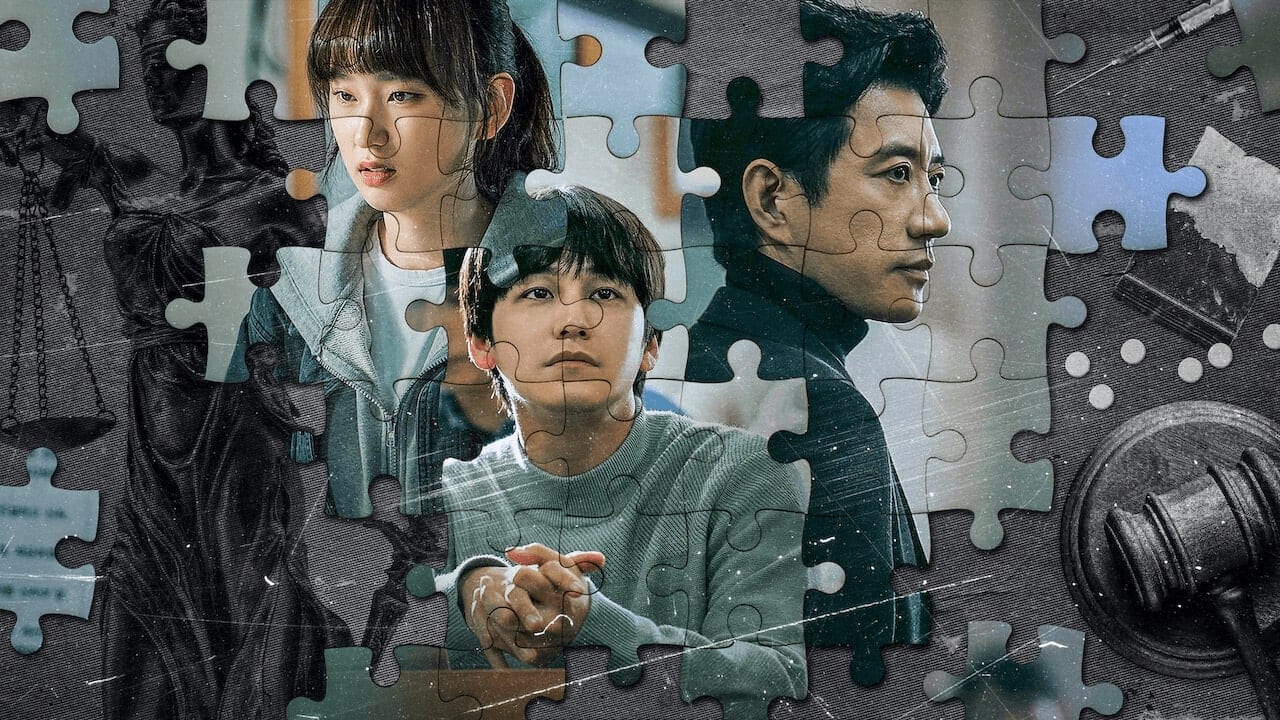 Law School Episode 14 release date is getting more anticipated, with the show slowly reaching its end. The last episode itself revealed many things. But, more is on the way to go down. But, the episode left hanging with the question, Is Lee Man-Ho actually the true killer former chief prosecutor? Furthermore, the true nature of Assemblyman Ko is getting revealed as the episodes are going down. Law School truly as a way of leaving each episode in suspense. The characters will race against time in the upcoming episode to find more details of Lee Man-Ho’s case.

From the looks of everything, it seems Assemblyman Ko is behind everything. Nevertheless, it may also have a twist of bringing forward someone else as the mastermind behind everything. It also seemed that the Assemblyman is behind the stabbing scene of Lee Man-Ho. The ending scene of the last episode featured him asking what happened to Lee Man-Ho and is happy after hearing him getting stabbed. So he may also be the true killer of Professor Seo as Assemblyman Ko was hell-bent on closing the case and Professor Yang as the guilty one. Let’s see all the details of the Law School’s upcoming episode.

Law School Episode 13 featured the conclusion of two important cases. First, Ye-Seul’s case got declared as self-defense in the jury trial. Secondly, the actual killer of Professor Seo got caught while trying to kill Professor Yang. We also came to know how he proved his alibi and killed Professor Seo. He thought of doing the same thing to Professor Yang and was almost successful. But, the wit of Professor Yang and Joon-Hwi timely reaching saved him. The episode also features how Seo Ji-Ho came to know about the true killer behind his father’s case. Episode 13 came to an end with someone stabbing Lee Man-Ho in the jail. Professor Yang reaches to him in the hospital. He went into a coma while trying to say something to the Professor. 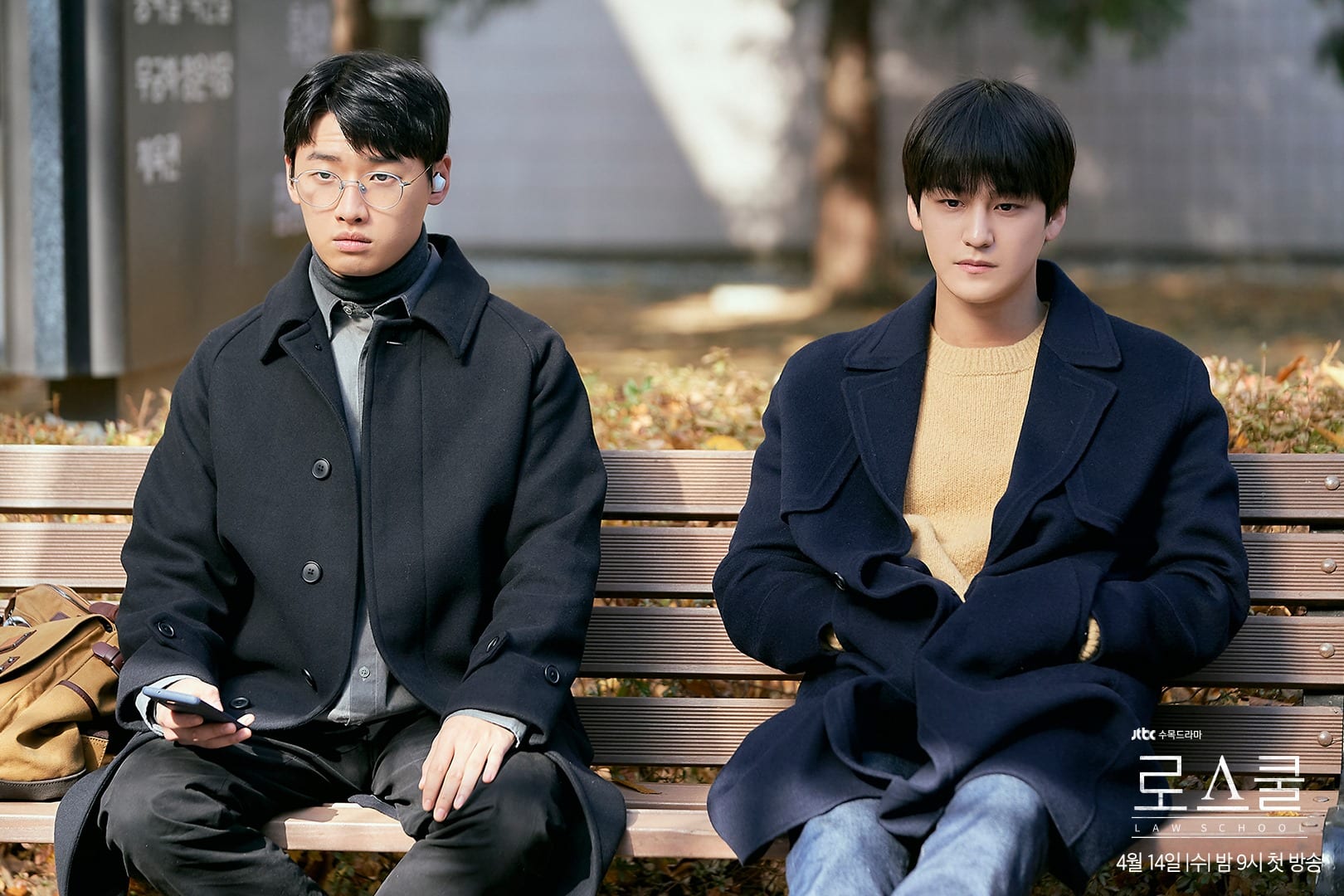 A scene from Law School Episode 8 wherein Joon Hwi and Ji-Ho are talking with each other (Credit: JTBC)

Law School Episode 14 release date is June 02, 2021, at 21:00 KST on the JTBC TV network. So we have three days left for the streaming of the next episode. It will feature in the upcoming Wednesday. Furthermore, next week will also showcase episode 15. After that, only one episode will be left to go down for the completion of the show.

Law School Episode 14 will be more intense, with Professor Yang searching for the real killer. It seems Assemblyman Ko is behind every incident and case that is going on in the drama. There are still many questions left for solving in the upcoming episode. Is Lee Man-Ho the true killer for Professor Seo, or Is he merely just a puppet in someone’s grand plan? What will happen to Kang Seol B after revealing her plagiarism? Will the Vice Dean really resign from the school, or will continue? Furthermore, Will Assemblyman Ko further take action against Ye-Seul now that the jury ruled in her favor? Will he apply for an appeal through someone else? Moreover, What will happen with the case of Prosecutor Jin and Seo Ji-Ho?

The preview features how the doctor tries to save Lee Man-Ho after he went into cardiac arrest after getting stabbed. Professor Yang asks who stabs Lee Man-Ho to which a detective replies as Ki Du-Seong. He was the same one that stabbed Professor Yang. Additionally, the preview features him laughing in a hospital gown and someone saying that he has become a hero. But why and how? Episode 14 will showcase the reason behind the same in detail. On the other hand, we see Assemblyman Ko giving directions to Professor Jin about accepting a case as self-defense and closing the same. Professor Jin looks at him with a shocking expression. I think it is the case of Ki Du-Seong.

The upcoming episode preview also depicts Joon-Hwi telling Professor Yang about someone putting Lee Man-Ho to kill his uncle and also Yang Jong-hoon. However, it also shows how Professor Yang is telling someone not to trust their gut as the same has proven to be unreliable. He also recommends Prosecutor Jin investigate thoroughly by saying someone is toying with him currently.