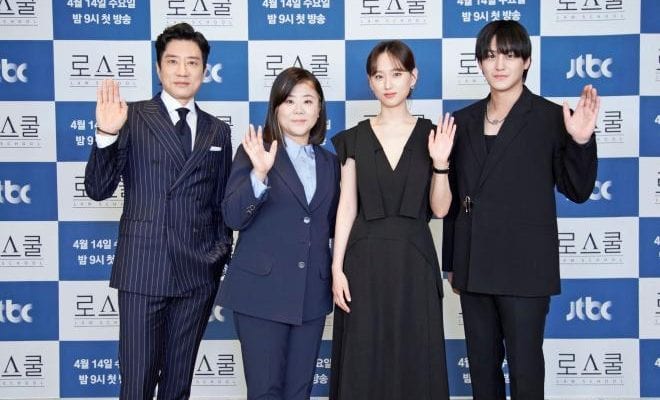 the cast of the ongoing k-drama Law School

Law School Episode 11 Release Date and Preview is something to look forward to. The ongoing South Korean drama makes the news even with its single stills released. The drama has been performing extremely well till now and is attracting more and more viewers’ attention with each passing day. Episode 8 of the drama saw a sudden rise in the rating chart. Law School started at a decent pace and is now going extremely well. For a long now the drama has constantly been in the news. The casting of the entire drama was finalized by mid-2020, after which the filming began. And the drama finally premiered on 14th April 2021. With a total of just 16 episodes, the drama is currently at its crucial point and is nearing the end.

Until now, 9 episodes of the drama have been released so far. Next week on Wednesday and Thursday the next two episodes will be released. Episode 10th of the drama will be released on 19th May 2021, followed by the release of the 11th episode on 20th May 2021. The story of the drama is set in  Hankuk University Law School. And it airs every Wednesday and Thursday at the 21:00 time slot. Law School airs on the original network JTBC along with global online streaming site Netflix. With a total of just 16 episodes, the drama will go off the air on 9th June 2021. Each of its episodes is approximately 1hr 5mins long, and the story revolves around the students and professors of the law school. The drama is going too good and has a lot of reason for you to watch it so let’s get started. 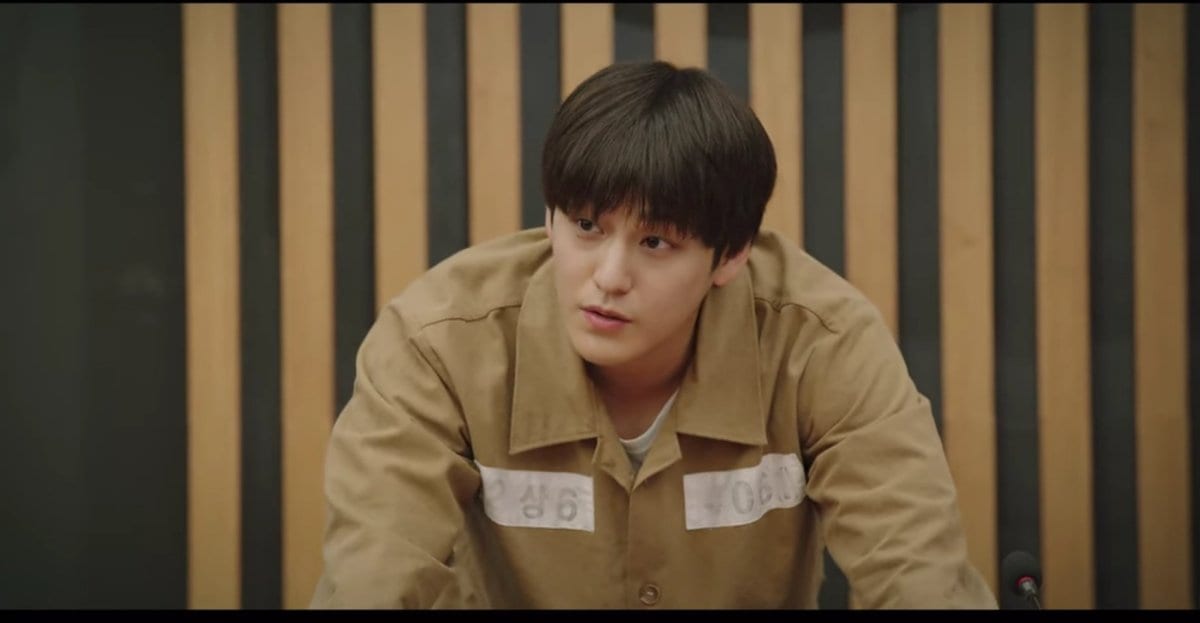 The main lead actor of the drama Law School

Law School Episode 11 will air on 20th May 2021 at the 21:00 time slot on the original network JTBC. The next two episodes of the drama Law School will be a continuation of the previous two episodes. The 10th and 11th episodes of the drama will deal with many new twists and turns. The answers to many questions like Will Kang Dan appear? will be all dealt with in these upcoming episodes of the drama. Also with the evidence of Professor Seo’s blood sugar levels, it will go against Professor Yang’s testimony, and what happens next will be all dealt with in the next episode. At the end of episode 9, we saw professor Yang Jong Hoon comes late to the court. And makes a surprising entry to help Ye-Seul.

After making his unexpected entry professor, Yang Jong Hoon requests a jury trial. With that episode 9 came to an end. And the next episodes will deal with new upcoming twists in the drama. How did the trial go, what moves will Han Joon Hwi take to catch the real culprit will be all revealed in the upcoming episodes. Many more unexpected plot revelations are yet to happen so stay tuned. The drama currently is already going well. Even the casting of the drama has been done very aptly keeping all the conditions into consideration.

All the famous and new-age actors are there in the drama with a perfect combination of the well-experienced and veteran actors at the same time. Even The unique setting of the drama in a law school makes the drama very special since it is not every day we see drama in law school right. 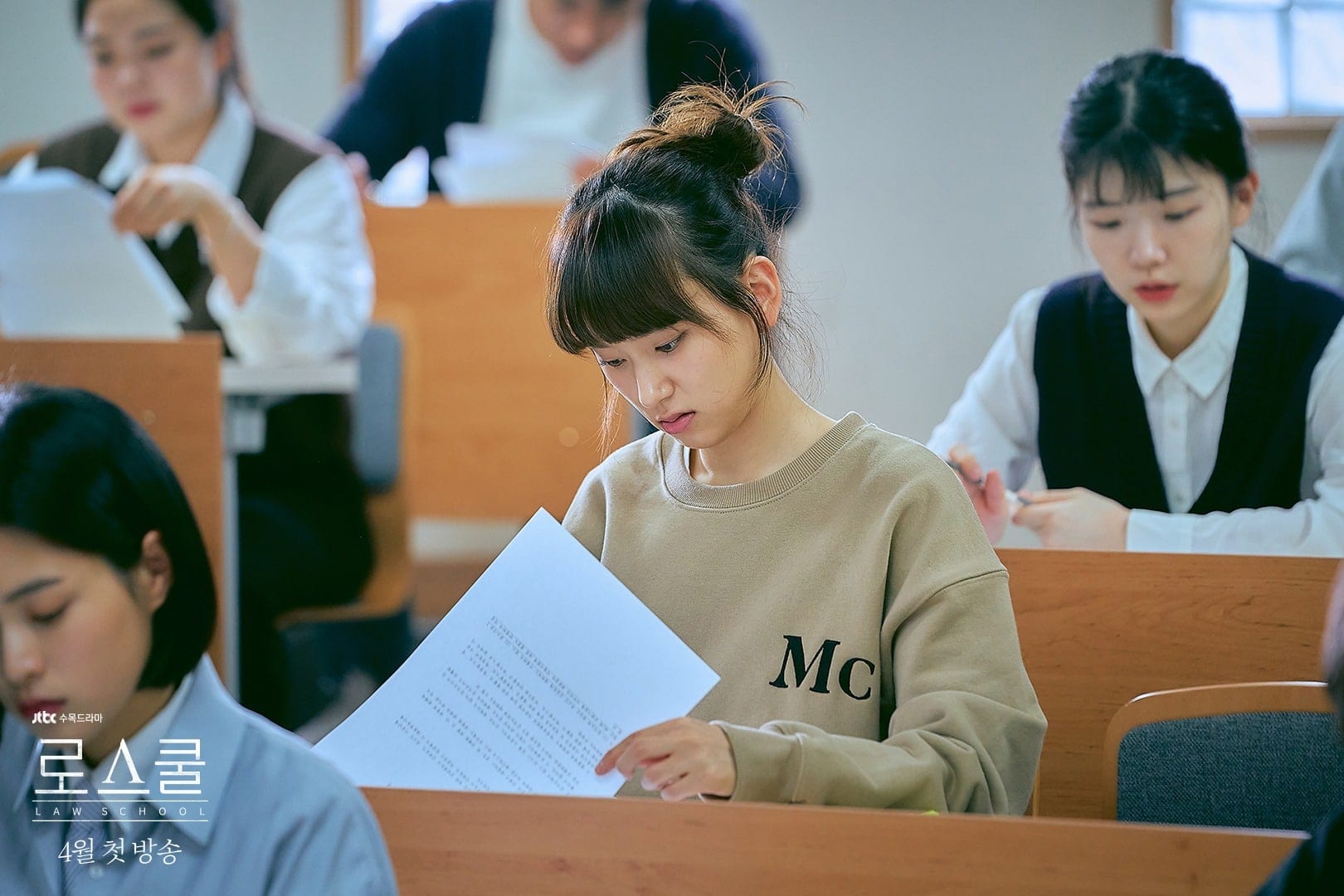 The main lead actress of the drama Law School

Where to Watch Law School

The ongoing South Korean drama airs on the original network JTBC along with the global online streaming site Netflix. With all the murder mysteries and hidden agendas of many characters, the drama becomes extremely interesting to watch. As new chapters of the drama are unfolding we are getting more and more eager to know what happens next. So hopefully, with the airing of the new episodes, many more interesting facts will be unveiled. The drama has a total of 16 episodes and is also popularly known as Loseukul. The direction of the drama has been done under Kim Seok Yoon and the screenwriting under Seo In. The genres of the drama include law, crime, mystery, and drama.