by Ritik Upadhyay
in Television Shows
0 0
0

The fans are eagerly waiting for the release of ‘Law & Order: Special Victims Unit’ Season 23 Episode 7. This excitement is not at all a surprise considering the events of the previous episode that aired recently. It brought in a lot of police and crime drama that once again got the viewers intrigued to get hyped for the next episode. This show has been the longest-running prime-time television show in the United States. This is not a small achievement as the other long-running shows are still a bit far from even coming close to this record.

Although, it is quite surprising that a spin-off series has achieved such a huge accomplishment. This series was inspired by the original show titled “Law & Order” that aired between the years 1990 to 2010. It was another hugely popular show and had a total of twenty seasons in it. However, the major similarity between the original and the spin-off series is their creator named Dick Wolf. He is one of the most popular television producers out there.

This might also be one of the reasons that the fans and viewers of the original show came to watch “Law & Order: SVU”. It first came out on 20th September 1999 and became a huge hit among the television audience. Meanwhile, the show premiered with season 23 on 23rd September 2021. However, even after so many seasons, the series has not lost its touch and still has quite an impact on the viewers. Furthermore, the show still features some of its original characters either in the main role or as recurring roles. ‘Law & Order: Special Victims Unit’ Season 23 Episode 7 is only a few days away now and the fans are excited about it. However, let us first take a recap of the previous episode. 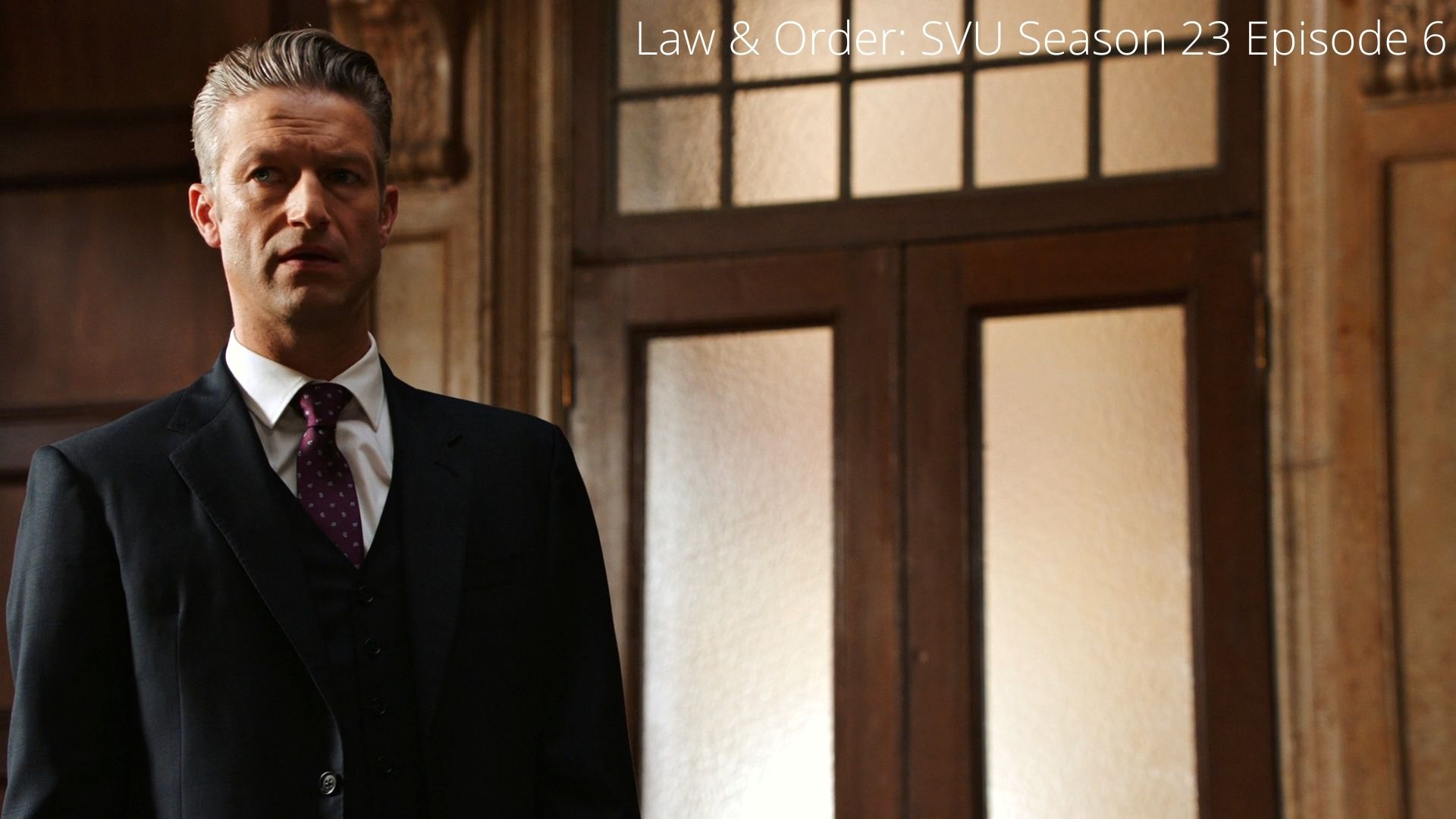 Episode 6 of ‘Law & Order: Special Victims Unit’ Season 23 came out on 21st October 2021. Furthermore, the episode was titled “The Five Hundredth Episode”. The episode began with Olivia thinking about her mother while she dropped her son Noah at school. Later at the SVU department, we saw the return of an old character named Nick Amaro. However, he also brought along Burton Lowe who was once a love interest of Olivia when she was young. They both came in as they wanted to reopen an old case of rape and murder that probably accused the wrong man named Ian.

So they decided to use the latest DNA technology to prove his innocence. Ian was the boyfriend of a 15-year-old girl named Hayley West who died after she was sexually assaulted. They moved the investigation further as they got the evidence that the DNA on Hayley’s dress was not that of Ian. However, there was one of the three possible suspects under the suspicion of Hayley’s condition and it was her teacher, Roger Murray. Amanda and Ice-T cross-question Murray about Hayley and he gets nervous. Later at the court, he feels the guilt of his crime and pleads guilty of killing Hayley.

Everything seems to have wrapped up but another shocker comes when Burton’s intern named Andrea from 10 years ago comes and accuses him of rape in front of Olivia. Later on, Olivia learns that Burton gave Andrea the same song he gave her when they were young. Furthermore, more women from Burton’s past come in support of Andrea and accuse him of using them too. Olivia meets Burton at his hotel and they have an argument but Burton tells her he never took advantage of any woman in his life. She tells him that there is no valid case against him and he is free. Although the episode ends with Olivia realizing that her mother was trying to protect her from Burton when she was young.

‘Law & Order: Special Victims Unit’ Season 23 Episode 7: When Will It Release & What To Expect?

The viewers once again loved the previous episode and cannot wait for the release of the next one.”Law & Order: Special Victims Unit Season 23 Episode 7 will release on 4th November 2021 at 9 pm ET on NBC.” Furthermore, the episode will be titled “They’d Already Disappeared”.  The next episode will be another episode full of police drama and thrill. Olivia will have to handle a case that she hasn’t seen in her whole career. There will be a serial killer involved and the SVU team will try their best to catch that murder. The show will be returning after an extra week’s break. Therefore, do not forget to watch the show when it goes live on Thursday, November 4, 2021.

The police drama series has kept the viewers hooked for all these years and this time it is Season 23 that’s got them excited. Therefore, the viewers are searching about where to watch ‘Law & Order: Special Victims Unit’ Season 23? This question has a rather simple answer. “Law & Order: Special Victims Unit Season 23 airs on Thursdays at 9 pm ET on NBC.” Furthermore, the season is available on Amazon Prime Video. Moreover, the viewers can stream Season 23 on Hulu and Youtube TV as well. So go ahead and watch the show if you haven’t already.

Also Read: Why Did Benson And Stabler Break Up In Law and Order SVU?