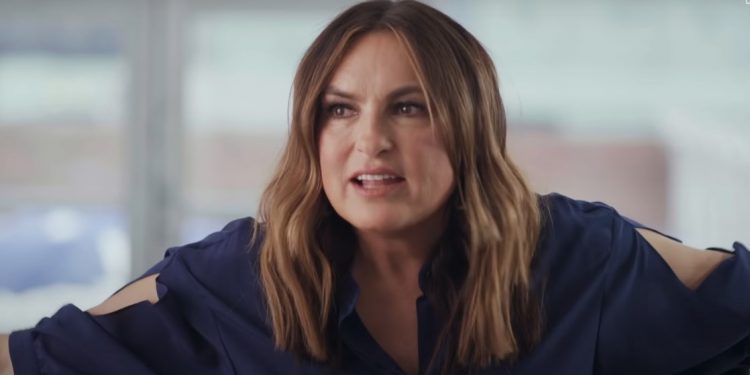 Law & Order Season 23 Episode 12 will cover a disappeared boxer, and it’s up to Velasco and Rollins to find out all about it. Now, on the last episode —a thrilling and emotional one— the SVU must unravel a case of sexual abuse in The Bronx. Also, the following article recap contains mentions of child abuse, so the reader beware. Also, this long-running crime procedural northern drama will continue its successful run on NBC at Dick Wolf’s helm.

If you’re not familiar with Law & Order SVU, it stars Mariska Hargitay as Benson, as she leads the Special Victims Unit of the New York Police Department. Also, this unit is tasked with handling the worst sexual abuse cases in the city. In every episode, we see a different case from start to finish as the team catches the culprits, interrogates them, and brings them to justice. Now without any further ado, let’s begin covering this topic here at Otakukart.

The episode kicks out with Benson’s kid in a cage with a dog collar and a bully filming him. When Benson asks him what’s up, the kid comes out clear. We then cut to a Latino family, there’s Tino, an eight-year-old boy with a knack for gaming, and Carlos, his uncle, an irresponsible hack who leaves the kid to go to his girlfriend’s to get high on pot and drink some beers. Turns out that while the kid is gaming, a pervert contacts the kid and arranges for the two to meet up in a corner. Tino grabs Carlos’ computer, and the pervert, Teddy Murtaugh, picks him up, takes him to his place, drugs him, and sexually abuses him.

Because Tino doesn’t show up, the family calls the police, and then the SVU shows up. Later on, the team manages to track down the pervert to his apartment using the signals intelligence from Carlos’ computer, and they find Tino tied up to a radiator. They take him to the hospital and find out that Teddy Murtaugh sexually abused him. After that, the SVU is on the hunt. Firstly, the apartment where the crime took place was rented via a Venmo account with a fake profile. Secondly, the SVU narrowed the manhunt down to Murtaugh’s home, only to find the child molester stabbed and bleeding to death.

When the SVU investigates the assault on the child molester, they narrow it down to Carlos, who posts bail and manages to get out. Later on, during the arraignment, the child molester gets a plea deal and bail. But the SVU isn’t happy about it, so they decide to pursue a tougher path towards trial. And then something new happens. It turns out that Carlos’ girlfriend’s son Andre accuses Carlos of molesting him. And the SVU questions Andre, and the plot thickens because the minute they decide to make a move on Carlos, the man is threatening to jump out of a roof.

When Benson goes into the roof to negotiate with Carlos, he confesses that he was abused and that he indeed abused Andre. They take Carlos to the Hospital, and he explains how a teacher sexually abused him in middle school. They end up making Carlos plead guilty to abuse two, add his name to a sexual offender registry. And the episode concludes with Benson having an honest conversation with her son.

Where To Watch Law & Order SVU?

Season 23 Episode 12 of ‘Law and Order: SVU’ is currently airing on NBC. The show will be available on the official NBC website and app, to begin with. Hulu, a subscription-based service, will also be showing the action. If you want to watch the show live, it’s also available on DirecTV, Peacock.

TV, City TV, Fubo TV, and YouTube TV. The episode is available on VOD platforms such as Spectrum TV and Amazon Prime Video. If you don’t want to pay for any of these services, you can use iTunes and Vudu.

Law & Order Season 23 Episode 13 will release on January 20, 2022, at 22:00 hrs, Eastern Time, United States on NBC. Firstly, this episode’s title is “Tommy Baker’s Hardest Fight”. Secondly, every new episode is released by NBC on Thursdays. Thirdly, every episode lasts around 45 minutes run time. With this, we wrap up our coverage of “Law & Order SVU” here at Otakukart. Thank you for reading our article. And please keep coming back to our website to stay in the loop on your favorite series, movies, and shows.