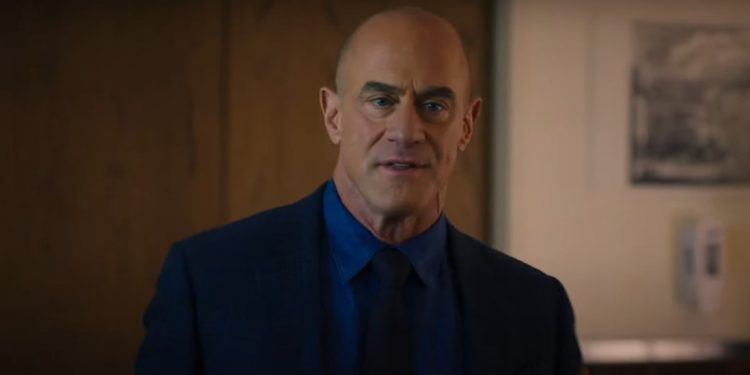 What will happen on Law & Order: Organized Crime Season 2 Episode 11? Firstly, if you’re not familiar with the show, it is about Elliot Stabler returning to the NYPD after a decade away in ‘Law & Order: Organized Crime.’ Unfortunately for him, the city’s criminal justice system has undergone significant changes while he was away, and he is struggling to adjust to the police department’s reforms. Stabler has no option but to find calmness in chaos and form a new task force to the best of his abilities, despite suffering a soul-crushing personal loss.

Will Stabler be able to clear himself of past wrongdoings as he takes on one criminal syndicate after another? Will he be able to adjust to the new police force and criminal justice system? You must watch this crime drama series by Dick Wolf to get answers to those questions. Now, without any further ado, let’s begin covering this show here at Otakukart.

Sergeant Ayanna Bell’s Organized Unit has seen and dealt with a lot, but a prison break was a first for them, and they were tasked with tracking down and apprehending one of the five escaped convicts. Sebastian McClane is the man they were looking for. He’s a well-known hacker. He once hacked the federal student loan department and helped hundreds of people get out of debt by wiping out millions of dollars in debt. He did it for his sister’s sake. McClane was a soldier in the past. He served honorably in the military and received an honorable discharge at the end of his service. He later joined the CIA. When he learned of his sister’s predicament, he worked as an analyst.

The sister’s medical school debt appears to have been erased due to a genuine computer error. She was told she had to pay the massive debt from the beginning, including parts she had already paid, and she committed suicide after becoming depressed due to this error. The loan was co-signed by McClane’s parents. They were still responsible for it. He hacked a federal department and stole millions of dollars to save his parents. After that, he became well-known. He was even hailed as a hero in hacker circles, and he would have gotten away if the cops hadn’t figured it out. They imprisoned him.

McClane was facing a sentence of thirty years in prison. He couldn’t take it anymore, so he started dating a female guard. She mistook it for love. Instead, it provided him with more opportunities. They began sleeping together, and he eventually requested to use her phone to contact his ailing mother. His mother passed away seven years ago. He dialed an old friend’s number from her phone. One allegedly betrayed him by reporting him to the FBI, although they are still friends. Bell and Detective Stabler interrogated his friend. He denied knowing about the prison break and claimed he had no idea where McClane was.

He was not believed by the authorities. They pursued the man, later seen handing over his car to McClane. Later on, they attempted to chase McClane in their own vehicle but could not do so due to traffic. They couldn’t find McClane because he messed up his own face, causing facial recognition to fail. McClane was a fantastic actor. His escape was meticulously planned, and he didn’t even inform everyone. He entrusted him with specific responsibilities. The only thing Bell’s team knew for sure was that he was sorry for a man dying due to his hack and wanted to make amends. The man who tried to contact his victim’s widow was amusing to both Bell and Stabler.

They did, however, require assistance. Jet was given the task of contacting Malachi by Bell. He was another hacker who occasionally worked for the police department and had previously assisted her team. Bell’s resident technology expert had resisted contacting Malachi, but she knows better than to refuse an order, so she was brought in to help. They needed someone who wouldn’t be recognized by their cameras, was a hacker genius, and had recently served time in prison. McClane may have expressed his desire to make things right with his friend. There was no way of knowing whether or not that was correct. Meanwhile, the cops were on the lookout for McClane.

The cops were given an asset to aid them in their search for McClane. The feds gave them permission to work with Richard Wheatly, and Wheatly is being compensated for his help. The man was despised by Stabler. Wheatly assassinated his wife, and Stabler made it his life’s work to apprehend him. Wheatly’s lawyers were able to help him avoid charges, and the federal government dropped the charges after he agreed to cooperate. Wheatly was tasked with providing assistance in the prison break as a result. He was incarcerated there for some time. The police wanted his help in finding McClane because he knew certain people.

Out of all the escaped convicts, McClane posed the most significant threat. Wheatly couldn’t do much after McClane’s old hacker signature was used to break into the NYPD database. Crnobog, alias McClane, demanded millions of dollars release the system. They demanded that the money be paid in cryptocurrency. Wheatly had access to the funds, while Bell’s team did not. He accepted the ransom and agreed to pay it. He claims that his cryptocurrency includes a geotag. They could track down his deposit and discovered that someone had taken out $800 in Queens. Bell and her team arrived at the site.

Carlos Martinez was apprehended by the police. He was a hacker hired by an anonymous person on the internet to free McClane, and he had no idea who hired him or where the bitcoin came from. But it was put together by Stabler. Stabler noticed that the person who paid Martinez was Wheatly, who had set a fire just to be able to claim credit for putting it out. Wheatly later met up with McClane, and they had dinner with his ex-wife Angela, although he had no evidence to back up his claim. She’s been a part of it all along. She’s also been playing Stabler whenever she gets the chance, so Stabler will have to deal with Angela to get to Wheatly.

Law & Order: Organized Crime Season 2 Episode 11 will release on January 13, 2022, at 22:00 hrs, Eastern Time, United States. Each episode lasts one hour, as they are aired regularly on Thursdays. Also, this episode’s title will be “As Nottingham Was To Robin Hood.”. With this, we conclude our coverage of this topic here at Otakukart. Thanks for reading our article, and please keep coming back to our website for more daily updates on all your favorite series, movies, and shows.

Life With an Ordinary Guy Who Reincarnated Into a Total Fantasy Knockout Episode 2: Tsukasa Arrives In Fantasy World