American Singer and Fifth Harmony member, Lauren Jauregui has always been open about her relationships. 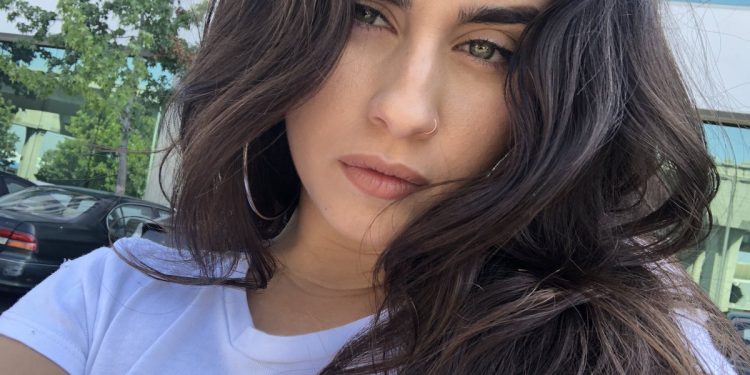 Lauren Jauregui’s dating life is no secret and openly reveals the same to the public. The Fifth Harmony singer is very open about her love life. So, who is Lauren Jauregui’s girlfriend now? Well, the singer did come out as a bisexual in 2015. Since then, she dated both men and women. Paul Martinez was Lauren’s first known boyfriend. They dated only for a brief time. At first, they were only best friends. Later on, they developed feelings for each other. Then came Keaton Stromberg in her life, with whom she dated from 2012- 2013. They are still friends after their split.

The Fifth Harmony singer was in a relationship with Luis Santos after breaking off with Keaton. But, their relationship also did not last long as Lauren broke up with her after rumors appeared Luis cheated on her. There were rumors of her dating Brad Simpson in 2014. But, it is not sure if they dated or not because Brad was reluctant to answer it during that time. She dated Lucy Vibes in 2015, a Puerto Rican Model. They have been together for two years after breaking off in 2017. After that, she came into a relationship with Ty Dolla $ign.

Also Read: Shweta Bachchan-Nanda Divorce: How True Are The Rumors?

Lauren Jauregui does not have a girlfriend currently. She is not dating and not in a relationship with anyone in 2021. There are no rumors regarding her that she is seeing someone nowadays. Likewise, her social media accounts also do not suggest anything of that sort. In fact, she was very much engaged with the release of her debut solo Project, ‘Prelude’ until November. However, the singer does have a long dating history from Paul Martinez to Ty Dolla $ign. Her longest known relationship is with Ty Dolla $ign and Lucy Vibes, with have been dating each other for two years. It was her last known relationship besides getting linked with Camila Cabello most of the time by Fifth Harmony’fans. But, it was not at all true.

Lauren Jauregui sparked romance rumors with Ty Dolla $ign at the beginning of 2017. The ex-pair met each other in 2016 while working on Fifth Harmony’s ‘Work for Home’ music video. But, the pair confirmed their relationship only in April 2018. It was Ty who spoke about them being together on The Breakfast Club interview of Power 105.1. He answered yes when he was asked if he and Lauren were officially an item or not. Furthermore, he also said that he is answering the question only for the Breakfast Club. Since then, they have openly expressed their feelings on social media.

But, the couple did not last long in their relationship as they broke up in April 2019 amidst some cryptic Instagram and Twitter posts. They did not speak until today as to why they had broken up. In fact, they never gave any confirmation about their breakup. People got the hints from the social media posts. Also, the American singer did not wish Ty for his birthday in the April of that year. The pair was also no longer were spotted together nor posting anything about each other on social media.

The Fifth Harmony singer’s always got linked with Camila Cabello throughout most of her years. Fans even thought that they were dating when she was a member of the Fifth Harmony group. There was even a fan-shipping name for the duo as Camren, which comes from their names Camila + Lauren. But, the American singer put all the rumors to rest in October 2020 during an En La Sala With Becky G episode. In the episode, Lauren spoke about how she felt uncomfortable and disgusting after fans shipped them together.

Lauren felt so as she was a queer. However, Camila was not. Thus, she felt disgustingly uncomfortable when people thought that she and Camila were into each other. The singer spoke on and revealed that it made her feel like a predator when people would put various types of clips together and make videos or write several types of stories of that stuff about them. Jauregui also mentioned that they were very close friends at the time, and she did not have any that sort of connection with Camila.