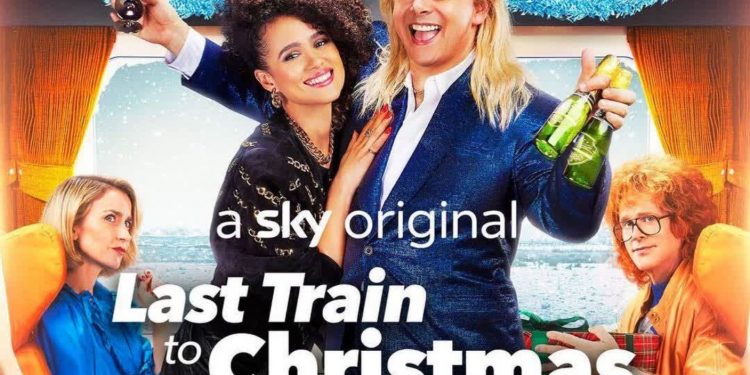 This 2021 film takes a passive look at the cultural aspects of Christmas. Even though the title includes Christmas, the movie is nothing like it. You won’t find any similar plotlines like we get to see in every movie. Moreover, the movie is popular for its cast selection. It’s quite fun to see the lead character experiencing strange instances while he is on his way to a family reunion. Last Train To Christmas is a Julian Kemp directorial. Moreover, the movie recently premiered on December 18, 2021. To be more specific, this movie explains the strata of magic, and because of which many viewers are still confused about the ending of ‘Last Train To Christmas’.

And Julian’s idea to provide this storyline with such an interesting plotline was a really good choice. Well, viewers, you better hold your horses! Because you will get to see multiple themes throughout the movie, which particularly symbolize different dimensions through which the lead character has to follow. Speaking about the conclusion of this movie, the ending of Last Train To Christmas was pretty strange. And this, in turn, garnered maximum attention from the viewers of this 2021 film. Every scene has a surprise in it. And the director chose different ways to enhance the interest in this movie.

Last Train To Christmas follows the story of Tony Towers, and Michael sheen portrays this role. To be more precise a musician, he garnered all this fame by himself. So the plot moves on with his visit to a family reunion with his young and beautiful fiance Sue Taylor (Nathalie Emmanuel). But along with them, Tony’s brother Roger (Cary Elwes) will be traveling along too. When it comes to the concept of this story, the whole movie talks about Tony’s changing future. In short, this film covers up all the angles of Time Travel. Soon, Tony realizes that he can move forward to the future with each moving carriage of the train.

Since he is a nightclub manager, he was pretty famous. But when it comes to his brother Roger, he isn’t that successful, but he’s got a pretty successful marriage with his wife, Astrid. While he is busy moving ahead with different carriages, he realizes that his whole appearance is changed. And that’s when Tony understands that he can time travel. Well, throughout his travel, the viewers get to see multiple revelations about his family’s past, which is associated with childhood traumas as well.

Even though the movie is set in the year 1985, through his time travel, he reaches the timeline that is almost 10 years ahead. Each time is filmed with precision, and it even highlights all the dynamic changes from the British period. Maybe, Tony got this chance to fix his life and get back whatever he lost. Some people were worried about his decisions. Moreover, things between him and his brother Roger and not going pretty well. Throughout his journey, Tony tries to fix a lot of things between them. Moreover, he also helps his brother by giving him a share in his business. So will Tony become wiser or worse?

The ending of Last Train To Christmas explained several things about Tony and Roger’s strained relationship. The majority of the things are pretty unresolved between them. Before time traveling, Tony had major plans to open up several other nightclubs as well. Sue always wanted to have a simple life. But as time moves on, Tony understands everything about his decisions and the way they affected everyone in his life. In one of the timelines, Tony realizes the hard truth that he is suffering from financial problems as well. Moreover, as the story proceeds, another revelation comes forward, and according to that, Roger and Tony are cousins.

But Tony’s parents took him as their child. Every timeline had different outcomes. In some, he was pretty successful, whereas in some of them, he pretty much lost everything. Upon discovering certain things, Tony finally makes the right decision towards the end, and this leads to a good relationship between him and Roger. Towards the end, Tony finally becomes old and white-haired with no one beside him. He looks at his reflection and realizes that he has become too old. Moreover, he finds the picture of the older Sue in his pocket.

Soon, the train stops in the Nottingham station, and Tony is upset to see everyone meeting their respective family members. As he realizes that maybe there’s no one for him. But as the scene moves forward, the shot pans out to a man who’s playing notes on the piano. And those notes belong to Tony and Roger. An original song that both of them wrote together. Even though they didn’t make it obvious, fans knew that it was Roger and things were good between both the brothers.