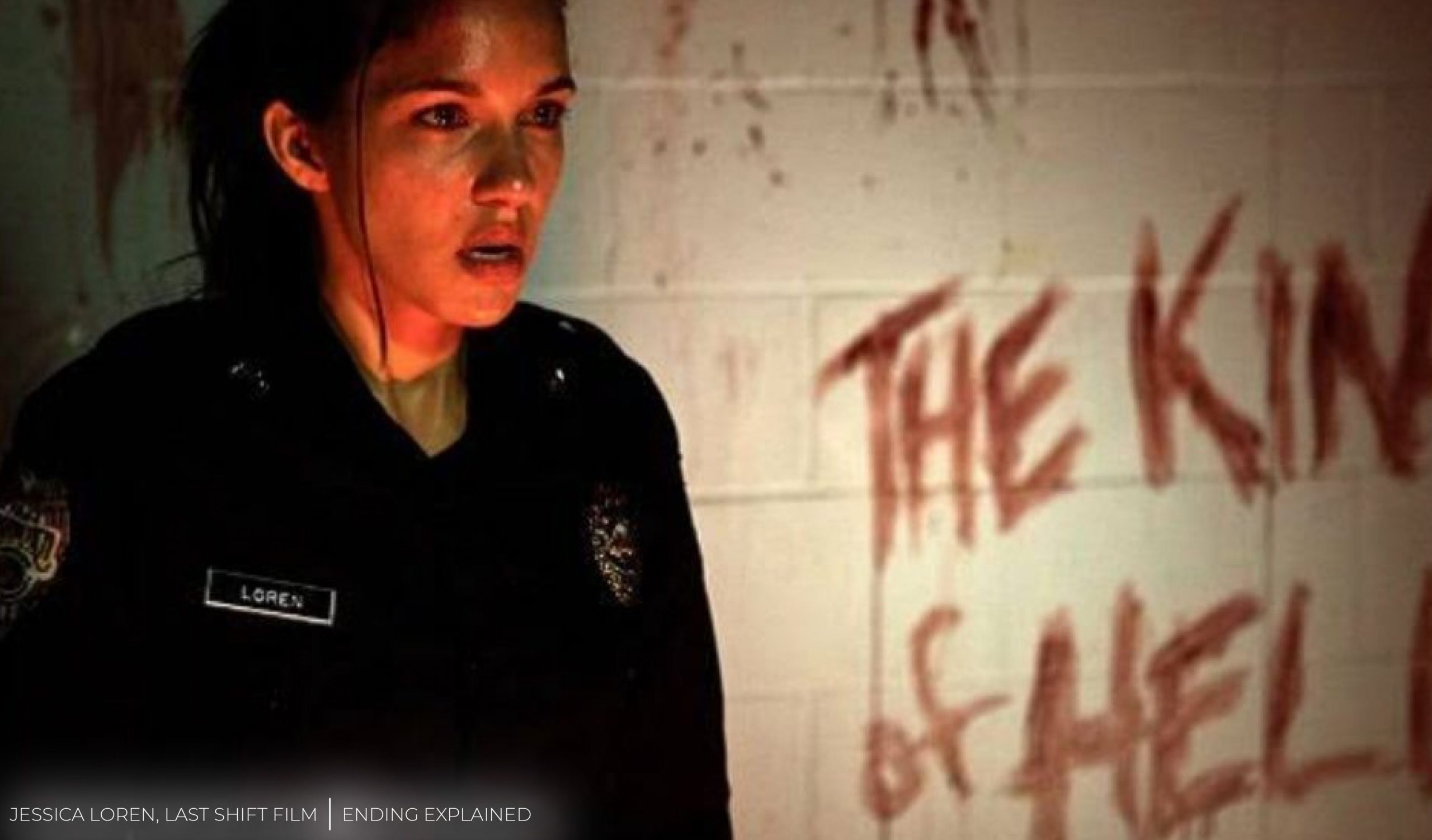 Last Shift is an American Psychological horror thriller released back in 2014. The film was directed by Anthony DiBlasi and was written by DiBlasi and Scott Poiley. Moreover, both of them produced the movie alongside Mary Poiley. The movie was first premiered at the London Fright Fest Festival in 2014 and thereafter released to video on demand on 6 October 2015. Juliana Harkavy portrayed the character of the protagonist of the story Jessica Loren. Moreover, Joshua Mikel played the role of John Michael Paymon. The movies also starred Hank Stone as Sgt. Cohen, J LaRose as a homeless man, Natalie Victoria as Marigold, and Sarah Sculco as Kitty Paymon. In addition to that, we can also see Kathryn Kilger as Dorothea Paymon, Mary Lankford as Birdy, and Matt Doman as Ryan Price.

The movie follows a story of a Rookie Cop, Jessica Loren, whose first shift alone on the last night of a closing police station turns into a scariest living nightmare. ‘Lastshift’ has an average rating of 6.7 out of 10 and currently holds 100% on Rotten Tomatoes. The movie is suspenseful, scary, and infinitely watchable. Today in the article, we will talk about this scary crime thriller Last Shift. Firstly we will talk about the plot or story of the movie. Thereafter the ending of the will be explained. But before proceeding with any other, have a look at the trailer of the movie Last Shift.

Also read: Who Does Devi End Up With? The Ending Of Never Have I Ever

The movie tells the story of a Rockie police officer Jessica Loren has been assigned her first shift to the last night at a closing police station. She reports to the duty, where her commanding officer Cohen explains to her about the HAZMAT team that is there to collect evidence that is difficult to dispose of, and before leaving the station, he gives his number in case of emergency. After sitting for hours, Loren started getting bored and falls asleep but was awake as she hears knocking. But when she moves out, she found a homeless man urinates on the floor.

She also received a distress call from a strange woman Monica, who informs her that she has been taken hostage by a cult. However, the police dispatcher confirms that all emergency calls are rerouted to the new police station. But even after that, she continues to hear some strange and freaking noises. She follows the sound which leads her to a strange open door. Where she saw the old homeless man throwing things to the floor.

Loren takes him to the holding cell, but suddenly the door closes, and lights go out. A bloody face person surprises her at the door’s window. But when the light came back, no one is there. As the story proceeds, she experiences a lot of paranormal activities like looker doors open themselves, chair stacks, words written on the ceiling, and much more.

All about the Ending of the movie

As the night unravels, a fellow policeman comes to check on Jessica, where the two discuss their job and her past. As he turns to leave, he reveals the back of his head is missing, and it turns out that he was also killed on the night of the cult murders. Despite the emergency calls have been transferred to the new police station, she still gets the calls from that girl.

The movie’s ending finds Jessica in a shootout with a group of cults, who she taught came back to claim her as their new victim. But when the fight is over, it’s revealed that it was not the demon but the member of the HAZMAT team. The team came to dispose of the evidence. However, Loren was shot by one of the cops after he sees her firing on an innocent worker. She was only doing all this as a demon hover over her.

Also read: Anything For Jackson: Jack’s  Fate and Ending Explained