The ending might be unexpected for a few viewers and let us make it simplify for you. 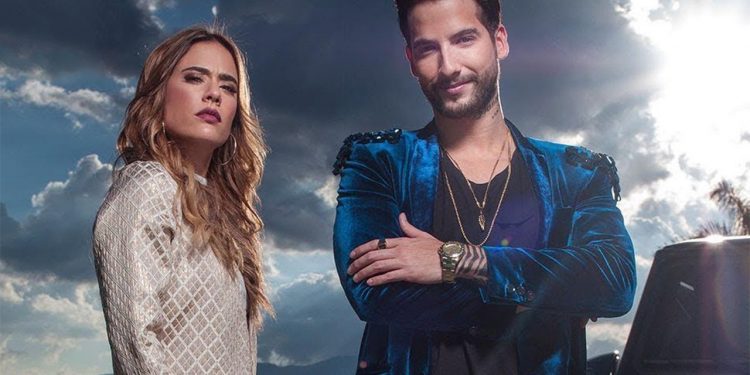 The Queen of the Flow or La Reina Del Flow in Spanish, directed by Andres Salgado is an exciting series one should watch. This show was massively popular in Colombia, which made Netflix take the global rights over the show. Season 1 was aired on Netflix on November 18, 2018. The show was a success and gathered a large audience who eagerly waited for season 2. Season 2 arrived at the doorsteps of its fans on April 26, 2021, and lasted till September 10, 2021. However, the new telenovela episodes starring Carolina Ramrez, Carlos Torres, and Andrés Sandoval were only released on Netflix in mid-November of the same year so that fans can relish the story of Yeimy Montoya, Charly Cruz, and Juan Camilo Mesa. But after it was out, fans were left with some questions regarding the ending of La Reina Del Flow Season 2.

The show is produced by Luis Eduardo Jimenez, Ernesto Escamilla, and Angelica Guerra and is a joint co-production of Sony Pictures Television and Teleset for Caracol. It is directed by Liliana Bocanegra and Rodrigo Lalinde. The story is melodious to the ears because it revolves around a teenage songwriter and her struggles to take revenge on the guy she loved. The show was all about music, love, betrayal, and revenge, making the viewers glued to their seats for a longer time.

The story of La Reina Del Flow, or Queen of The Flow, revolves around a teenage girl, Yeimy Montoya, a sixteen years old girl, shy and naive but has exceptional talent in songwriting. She aspires to be a songwriter but has a short-lived dream due to the betrayal by her love, Charly Flow. He steals her songs because he needed lyrics to sing his songs and gain popularity. Yeimy falls into his trap and thinks it is love, but betrayal is all she got.

He mysteriously hides cocaine in her bag when she confronts him, and the police arrest her. Yeimy lands up in prison, and meanwhile, her whole family is killed by the drug mafia. On the other hand, Charley becomes a successful singing icon in the country. She is sentenced to seventeen years of imprisonment, and after seventeen years, she is ready to take her revenge. She is prepared to ruin the lives of all those people who were involved in ruining her life.

Also Read: 2001: A Space Odyssey Ending Explained: The Human Evolution Yet To Be Explored

She adopts a new identity as Tamy Andrade, a wealthy reggaeton producer, and effectively ends Charly Flow’s career. She eliminates all of her enemies one by one by blending in with them. Throughout the drama, Juancho is head over heels in love with Yeimy, which both Yeimy and Charlie are unaware of because he did not dare to confess it to her. He could do nothing but watch Yeimy fall in love with his best friend Charly and keep the agonizing pain to himself. When Yeimy returns, he can win her over by confronting his best friend, Charly. He appears to be willing to go to any length for the love of his life.

Carolina Ramirez, Carlos Torres, and Andres Sandoval have played Yeimy Montaya, Charly Flow, and Juancho. Season one ended with Yeimy giving her romance with Charly a second chance. Season 2 had many twists and turns that shook the audience to the core. Throughout the second season, Yeimy juggles forgiving Charly and giving him a second chance and her family, who she has got from Juancho and Emilio, her son. This season, Catalina, Manin, and her other enemies returned, making the decision difficult.

After several threats on her and her family, the interpreter of ‘7 Vidas’ was able to defeat Manin thanks to the efforts of Alicia Nez, the cooperation of the police and the DEA, and the additional help of Charly, Juancho, and doa Ligia, who provided the final blow to Dúver Cruz. However, despite the death of her greatest foe, “The Queen of Flow,” she couldn’t be at ease because Titano kidnapped Erick and Irma to reach Yeimy and avenge his brother Lucio’s death. Finally, however, she was able to protect her son and get rid of Yair Albarracn once more with the help of the two people in her life. Titano kidnapped Erick and Irma to avenge his brother Lucio’s death.

Manín and Titano’s death made only one enemy left, Mike Rivera for Yeimy Montaya. Mike is not dangerous but, Yeimy doesn’t want to take risks. She left Ligia’s marriage to Botero and went to talk with Juancho about their future together. Yeimy decided to leave when Catalina returned to receive her child and vowed to bring him away from Juancho. The press seized the opportunity to make assumptions about it, which exacerbated the couple’s situation comprised of Yeimy and Juancho. In season 2 of “La Reina del Flow,” Juancho was imprisoned due to Manin.

Near the ending of “The Queen of Flow” season 2, Yeimy agreed to give Charly another opportunity, which disappointed Juan Camilo, who chose to date Daniela, a radio host who fell in love with the music producer. However, after his false kidnapping to deceive Manin, Juancho cleared things up with Daniela and was determined to reclaim Yemy’s love, who was even more perplexed than before. On the one hand, he had his best friend’s family, and on the other, he was the father of his son. Every time “The Queen of Flow” appeared to be making a decision, something happened that caused her to reconsider her options.

Yeimy Montoya confronts Juancho and Charly. Juancho had hoped to meet with Yeimy after Ligia and Botero’s wedding to discuss his future, but that never happened due to Mike Rivera, who kidnapped Montoya.

Later, the ‘7 Vidas’ interpreter expressed gratitude to Juan Camilo for their moment around each other but chose Charly. Juancho eventually apologized to Daniela and began a serious relationship with the announcer. In addition, he took part in the massive world tour led by the protagonists and artists of “The Queen of Flow.”

What happens to Charly and Yeimy at the ending of La Reina Del Flow Season 2?

The Gray Shark producer took the woman who revealed all her dark secrets intending to get rid of her, but he usually commissioned someone else to do the job. Antonio, a man in need of money for his daughter’s cancer treatment, appeared willing to obey his boss’s orders, but when he noticed it was Yeimy, he changed his mind and assisted her escape.

Mike attempted to elude the cops by abandoning Sapphire as a last resort, even after promising not to leave her in gratitude for her loyalty. On the other hand, the authorities arrived on time and arrested him for Yeimy’s kidnapping and other crimes. Mike Rivera was sent to many years in jail; however, on his way to jail, he was hit by a car and rendered paralyzed following the disclosures of Catalina, Zafiro, and Antonio.

Once “The Queen of Flow’s” last adversary had vanished, Charly gave Yeimy some documents proving the return of the songs he had stolen in the past and promised not to interfere with his relationship with Juancho.

Although we saw that Yeimy loved the man who was madly in love with her for the last twenty years, she seemed confused. She had a lot of affection towards Juan Camilio, but she didn’t love him, as revealed by their previous conversation. They both say goodbyes to each other with a promise to be each other’s support systems.

Charly felt broken and defeated, which made him move to Japan to see Vanessa. When he was about to leave, Yeimy came, and they shared a passionate kiss. Season 2 ended with the romance between Charly and Yeimy.

Is the season third coming?

La Reina Del Flow Season 3 is eagerly awaited by many people, but unfortunately for the fans, it is yet to be announced. However, Carolina Ramirez has speculated that the show’s plot is essentially completed by season 2, making another season doubtful. She also posted on social media to explain the season 2 finale’s unforeseen ending, which she asserted left some viewers perplexed.

Also Read: We Need To Do Something Ending Explained