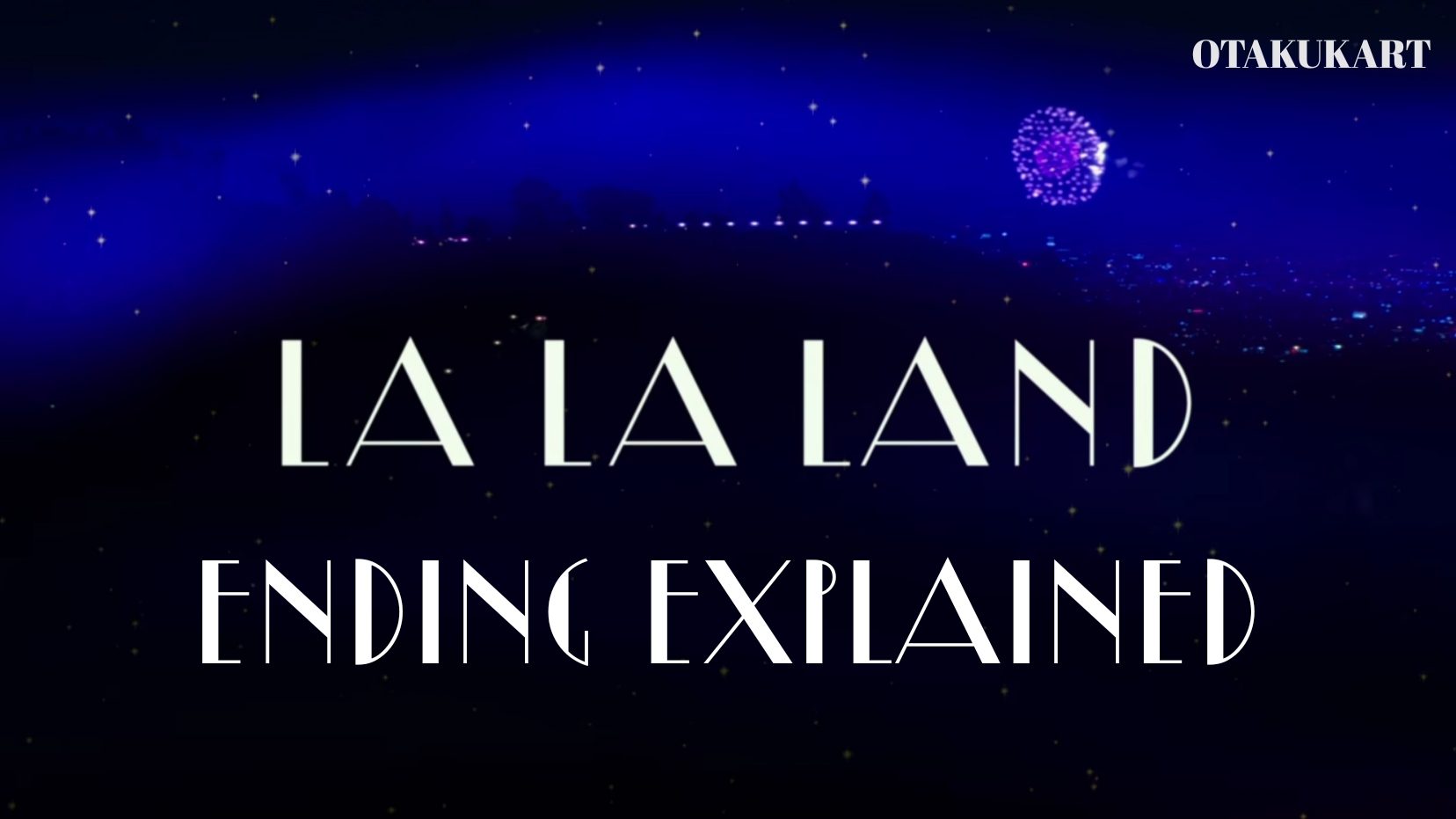 La La Land is a 2016 musical romantic comedy-drama film written and directed by Damien Chazelle. While watching the movie, some may not clearly understand what happened at the end of La La Land. In this article, we will be looking at La La Land Ending explained and helped you understand the ending of La La Land. Director Damien Chazelle conceptualized this movie from the fond of music that he had during his time as a drummer while attending Harward university alongside Justin Hurwitz. After moving to Los Angeles in 2010, he wrote the screenplay for the movie. Still, he couldn’t find a studio willingly enough to finance the production without changes to his script.

Finally, after the success of his 2014 film Whiplash, the project was picked up by Summit Entertainment and planned to make the movie starring Miles Teller and Emma Watson. Still, both were dropped out, and thus the movie was made starring Gosling and Stone. For those wondering where La La Lan was filmed, Filmed in Los Angeles began from August to September 2015. The movie was then premiered at the Venice Film Festival on August 31, 2016. It was then released in the United States on December 9, 2016. 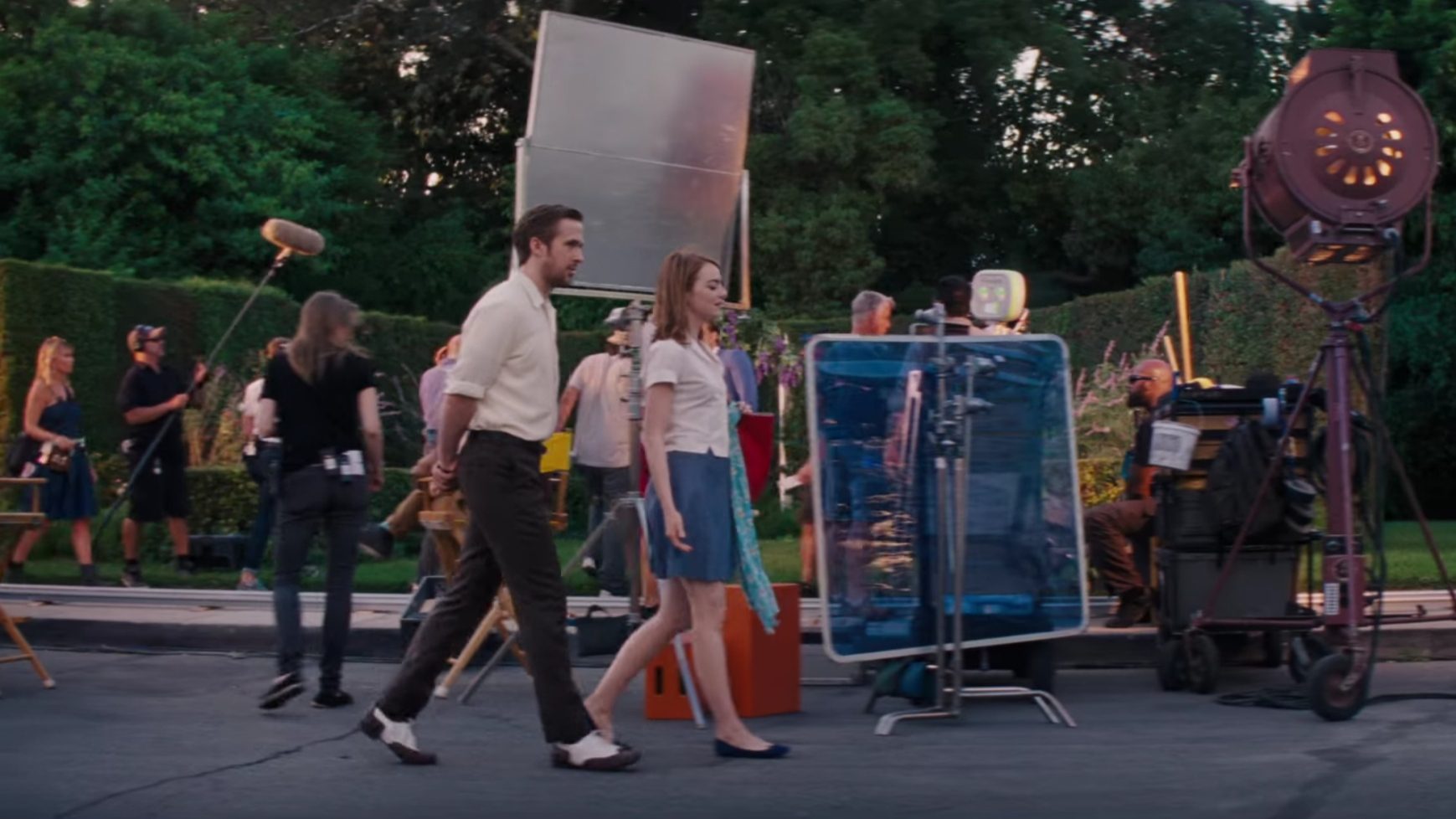 The movie was widely appreciated for its screenplay as well as the direction. The critiques also appreciated Gosling’s and Stone’s performances and chemistry, along with the musical score, musical numbers, cinematography, and production design. La La Land was widely appreciated by awards and nominations, including seven nominations at the 74th Golden Globes and eleven at the 70th British Academy Film Awards. It won five, including the award for Best Film. La La land also got a record-tying fourteen nominations at the 89th Academy Awards and won in six categories, including Best Actress and Best Director for Chazelle, thus making him the youngest person to win in the category at the age of 32.

Also Read:  Emma Stone Net Worth In 2021 And All You Need To Know

The story of La La Land is about the life of aspiring actress Mia Dolan. She lost her audition when the casting director took a call during an emotional scene, thus distracting her. That night knowing that Mia was not happy, her roommates took her to a lavish party in the Hollywood Hills. She promises to Mia that someone in the crowd could help her jump-start her career.

Unfortunately, that didn’t end well as her car was towed, ending her walking home in disappointment. Sebastian “Seb” Wilder, a struggling jazz pianist, is shown on the screen where he has a gig at a restaurant. Seb slips into jazz improvisation, despite his owner warning to only play traditional Christmas pieces. 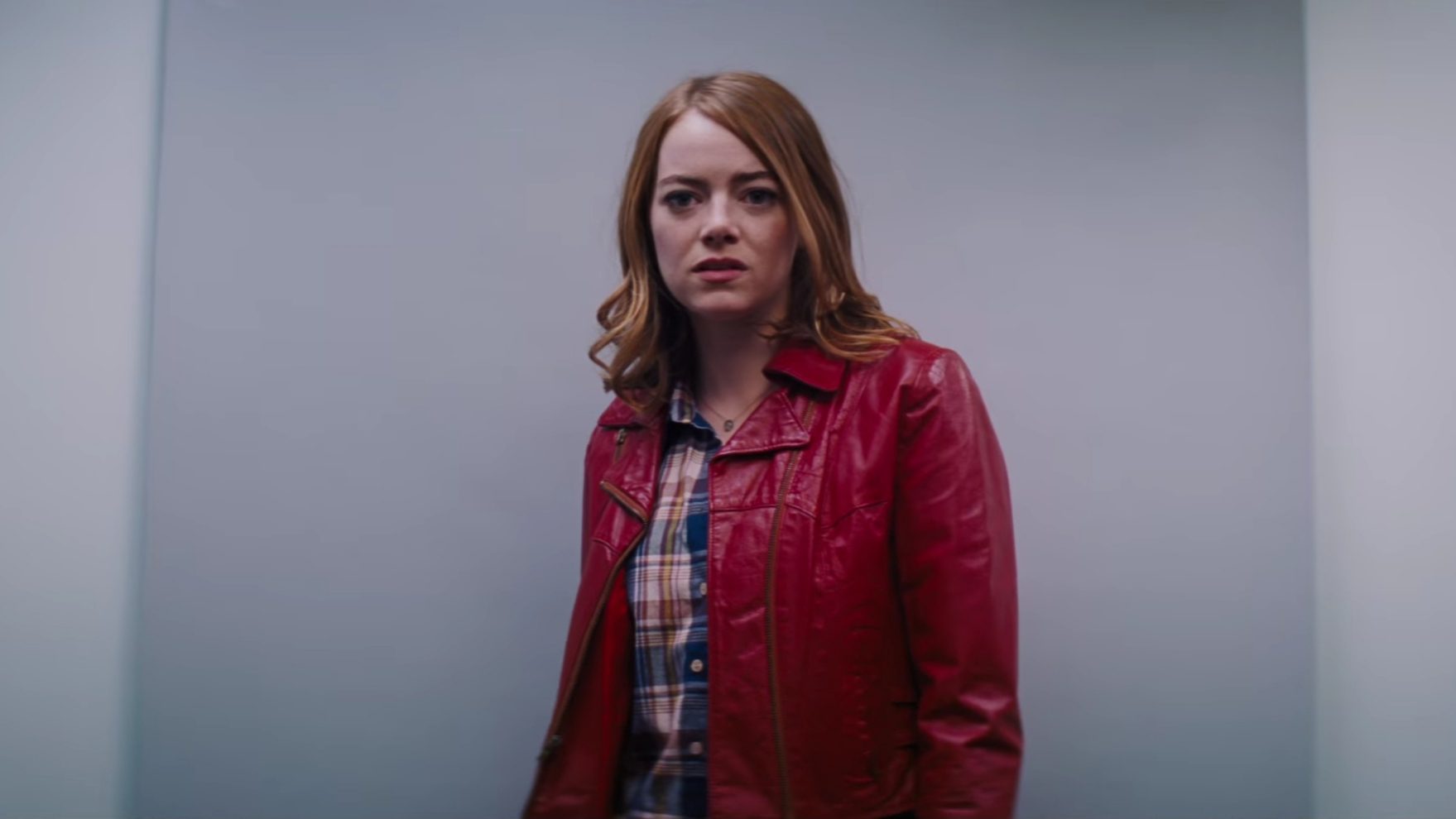 The story of La La Land is about the life of an aspiring as well as actress Mia Dolan.

Mia hears the Jass music playing as she passes by the restaurant. After finding it interesting, she enters the restaurant and observes Seb being fired for his disobedience. As he storms out, Mia complimented him, but he brushed her off. Months later, we see Mia running into Seb at a party where he plays in a 1980s pop cover band.

After that, they met but only ended up walking to their cars without any progression between them, despite both having clear chemistry between them. Later in the movie, we see Seb arriving at Mia’s workplace in Warner Bros. backlot, and she shows him around. She worked as a barista there but told him that she had a passion for acting.

Seb then takes Mia to a jazz club, where he expresses his passion for jazz and his desire to open his club. Seb invites Mia to the Rebel Without a Cause screening, which she accepts, forgetting that she was committed to her boyfriend, Greg. The two had an amazing evening with even a romantic visit to the Griffith Observatory. 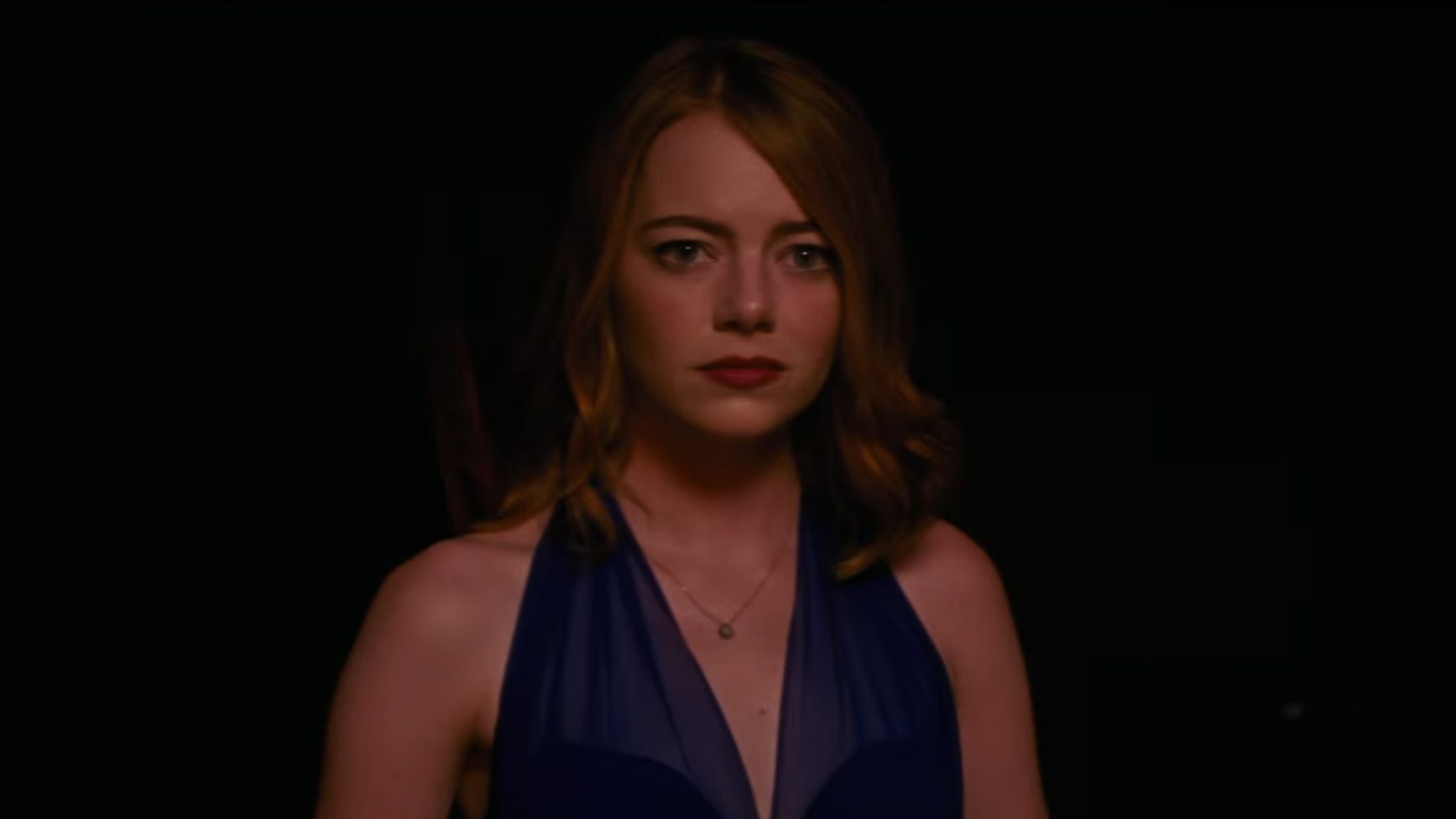 When she was walking home in disappointment, she happened to hear Jass music from a club and being interested in it, she entered the club.

Even after going to multiple auditions, Mia couldn’t make it into one. After Seb’s encouragement, she decided to write a one-woman play. Seb gets the chance to perform regularly at a jazz club, and eventually, the two move in together. Meanwhile, Seb’s former classmate Keith invites him to be the keyboardist in his jazz fusion band, which promised him a steady income.

While he had his disagreements with the band’s pop style, he still decides to sign for it after overhearing Mia trying to convince her mother that Seb is working on his career. Fortunate for him, the band becomes a success. Even though the band was a success, Mia realizes that Seb wasn’t like the music he was playing at the band.

Also Read: The Lincoln Highway Ending Explained: In Depth Conclusion Of The Book

This led to an argument between them during the band’s first tour, where she accuses him of abandoning his dreams. To which he replied that she liked him more when he was unsuccessful. Then we are taken to two weeks later, where we see Seb wasn’t able to attend Mia’s play due to a photoshoot he had forgotten.

Add to that, and her play didn’t end well as only a few people attended. She even overhears dismissive comments about her performance. With Seb also not attending her play with the heat of the previous argument, Mia decides to end their relationship and move home to Boulder City. Meanwhile, Seb receives a call from a prominent casting director who had attended Mia’s play and wanted her to audition for an upcoming film. 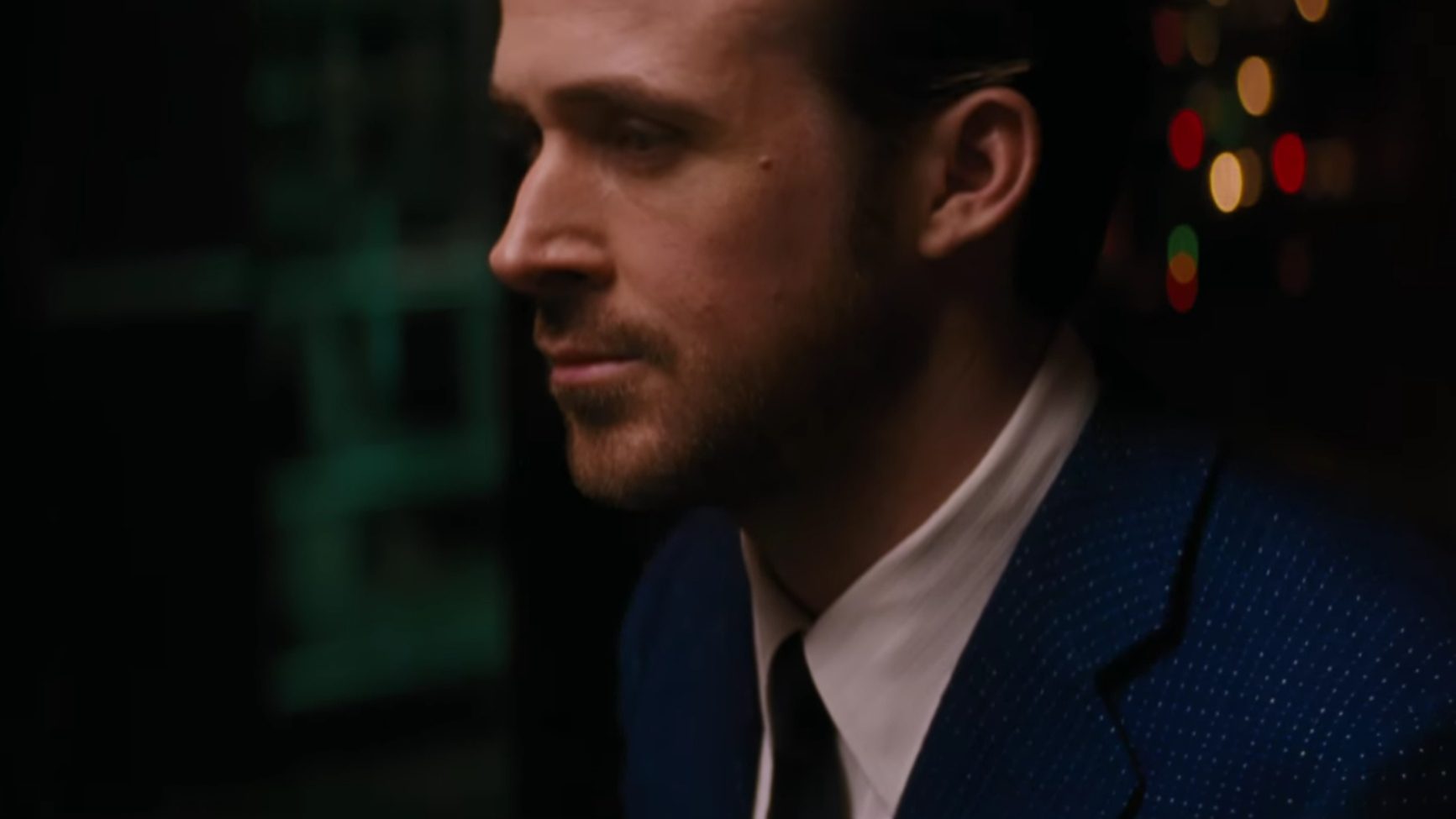 Upon entering the club, Mia discovers it was Sebastian who was playing the music. He is also having a struggling career as a jazz pianist.

On hearing the good news, he soon travels to Boulder City and makes her attend the audition. During the audition, she was asked to tell a story. She sings about how her aunt, a former theatre actress who eventually died of alcoholism, inspired her to follow her dreams. After seeing her performance in the audition, Seb encourages Mia to devote herself to acting.

Even though both of them love each other, they decide to part ways to follow their dreams. After the splitting, we are taken forward to five years later. Mia is now a famous actress and married to another man, David, and a daughter’s mother. One night, the couple came across a jazz bar, where she noticed a logo and realized that it was the one she had once designed and that Seb had opened his jazz club.

Mia enters the club, and Seb notices her in the crowd and plays their love theme on the piano. We then see a dream sequence where the two imagine what their relationship might have been if they continued together and grew in their careers. Both exchange a silent smile, and Mia leaves.

Now that we know about the story of La La Land, let us look much into what happened at the ending of La La Land. At the end of the movie, we see Sebastian successfully opening his Jazz music club and Mia becoming the actress that she wants to be. Mia is finally married, whereas we don’t see if Sebastian is married to anyone.

We do understand that, but we wanted to be together and wanted to grow together, but when realizing both will have to live parted ways, they both exchanges a smile and Mia goes out. Producer Fred Berger in an interview that the film is a love letter to LA which drifts people apart as they try to achieve their dreams.

Both the Director and Producer had agreed that Mia and Seb would end up with each other under no circumstances as they did not want an unrealistic story. Thus, they went with the bittersweet ending, similar to what would probably happen in reality.

The cast of La La Land

Now that we know about the plot and ending of the movie let us look at the movie’s cast. The movie stars Ryan Gosling as Sebastian “Seb” Wilder and Emma Stone as Mia Dolan. Other than that, John Legend plays Keith, J. K. Simmons plays Bill, Rosemarie DeWitt plays Laura Wilder, Finn Wittrock plays Greg. 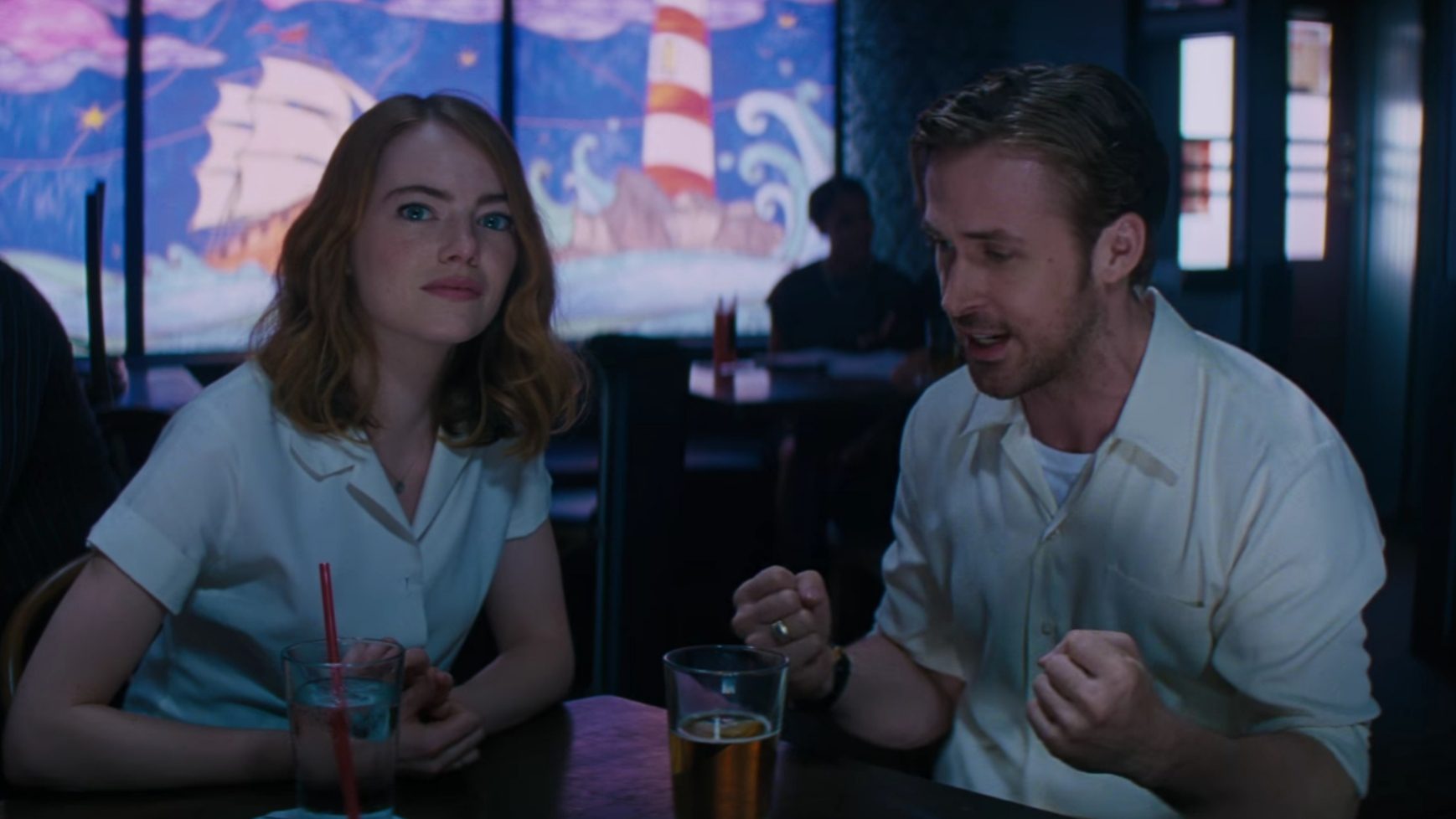