Super Junior’s Kyuhyun is to make his solo comeback in the month of January. 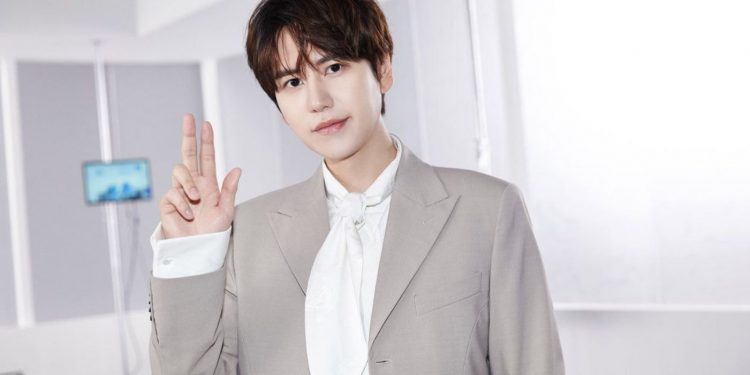 Super Junior’s Kyuhyun is all set to make his solo comeback in the month of January. The internet is in for a huge buzz, and the fans out there are geared for the new treat. This comeback is also going to mark the end of his “Project: Season” series, and that has made things more interesting. Fans out there have already flooded the internet and social media platforms with this buzzing news, and their excitement is going to reach a new level with every passing day. Kyuhyun’s January comeback is going to be a big event for him and his group. Therefore, the hype is necessary and deserved for them.

Being one of the known personalities in the South Korean music industry Kyuhyun has gained global attention through this comeback, and undoubtedly this is going to be a big blow for the whole industry. Here, we have summarized all the needed details about this soon-to happen January comeback by Kyuhyun. So, without taking any more of your time, let’s take a look at the scoop.

Label SJ announced on December 7 that Kyuhyun is all set to release his solo album next year in January. That would mark the end of his four-season project. They also mentioned that any specific date had not been decided for the same.

All these three tracks were a hit on point and were appreciated hugely. All the credit goes to his amazing velvety vocal, which is capable of bringing anyone to utmost peace. The project was one of the most loved ones by the fans, and all of them out there labeled it as an exciting one as they got songs for each season. Therefore, if you miss summer in winter, play “Together” and transport yourself mentally to a breezy afternoon. This album is going to be for winter giving its listeners a warm tune to vibe on in the chilly breeze.

Also Read: TXT Vanity Fair Interview: How Food Is a Complete Turn On

Cho Kyuhyun is recognized as a South Korean singer, musical theatre actor, and television host. He is a member of the boy band Super Junior and debuted as a member in May 2006. He is one of the globally recognized Korean personalities and is one of the first Korean artists to appear on Chinese postage stamps.

Apart from the group activities he has made himself an established musical actor. He has participated in some of the notable original and Korean versions of stage musicals, including Catch Me If You Can, The Three Musketeers, Moon Embracing the Sun, The Days, Robin Hood, Singin’ in the Rain, Mozart, and The Man Who Laughs.

Moreover, he has also made some notable television show appearances like those in Radio Star, Mamma Mia, We Got married, Fluttering India, and New Journey to the West’s third, fourth, seventh, and eighth seasons. On November 13, 2014, he made his solo debut with his mini-album titled “At Gwanghwamun”. It also made him the first member of Super Junior to make a solo debut.

Earlier this year, on January 13, Kyuhyun appeared in EMK Musical’s “Phantom”. He was in the role of phantom alongside Park Eun-tae, Kai, and Jeon Dong-seok. Based on the 1909’s iconic novel by Gaston Leroux, the musical followed “The Phantom of the Opera”. Furthermore, he has been signed in as the ambassador of ACRC Public Relations this year.