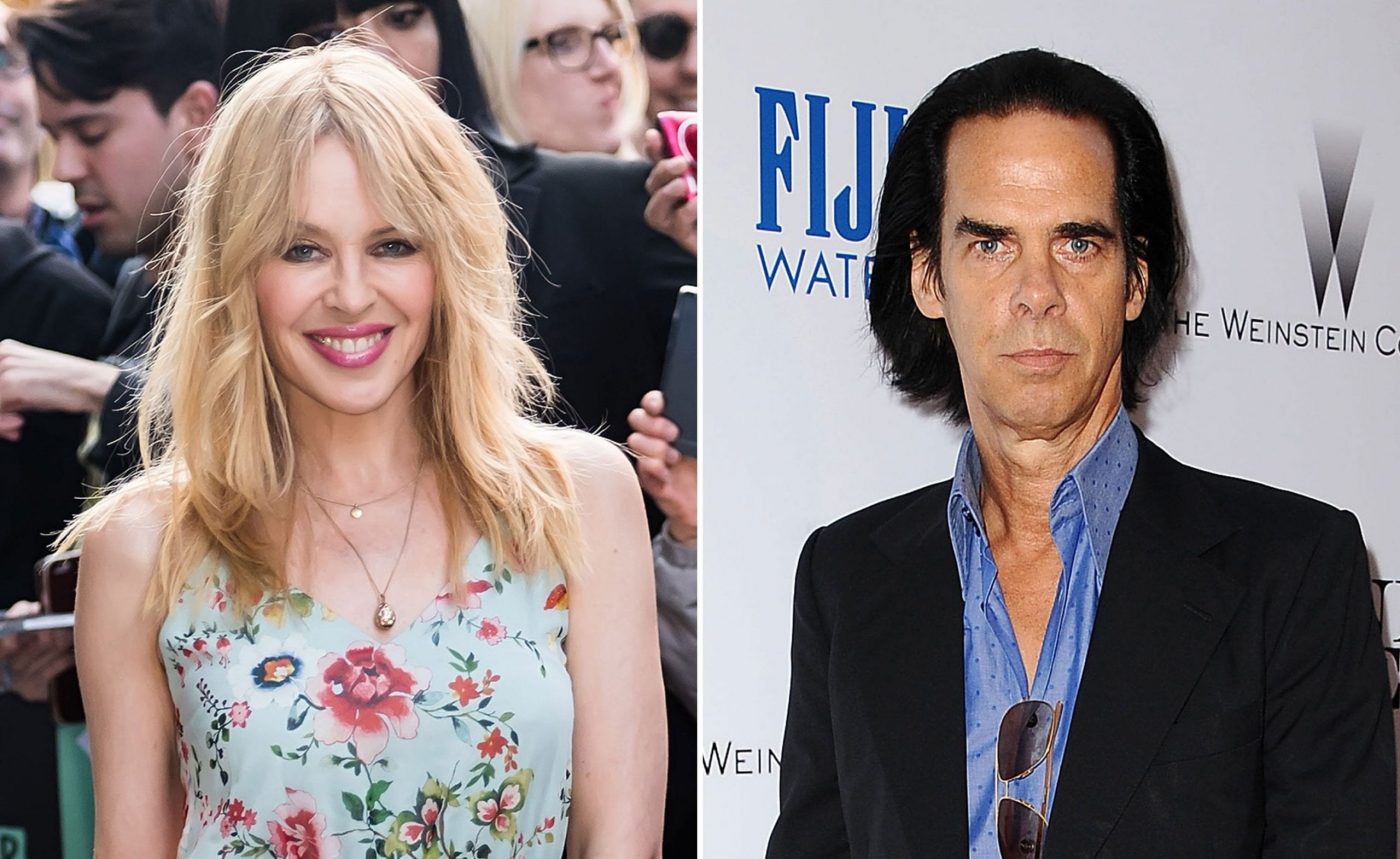 Kylie Minogue and Nick Cave are both well-known singers. They both are well-known friends and were even often rumored to date in the nineties. They have usually bonded well, be it in their personal life to the professional world. Kylie and Nick keep meeting and crashing into each other at parties and events, and things are not at all awkward between them. Their artistic creations and personal bonding are hence still much talked about. Their relationship was, in fact, so strong that even before meeting Kylie, he prepared his song Where The Wild Roses Grow and even stated he had her in mind while penning in for the music. Where The Wild Roses Grow is now even seen as one the most successful collaborations ever.

Before going any further, let’s take a look into who is Kylie Minogue and Nick Cave. Kylie Ann Minogue, also known as Kylie, is a famous Australian singer, songwriter, and actress. She is pretty multi-talented and tried her hand even in acting. There are not many who doesn’t know her after all. She is one of the most influential people and even holds a huge fan base. She is, in fact, one of the highest-selling female Australian artists of all time. Kylie’s works are world-famous, and hence she has sold over 70 million records worldwide. She keeps herself updated in music and is thus rightly called the ‘Princess of Pop.’ 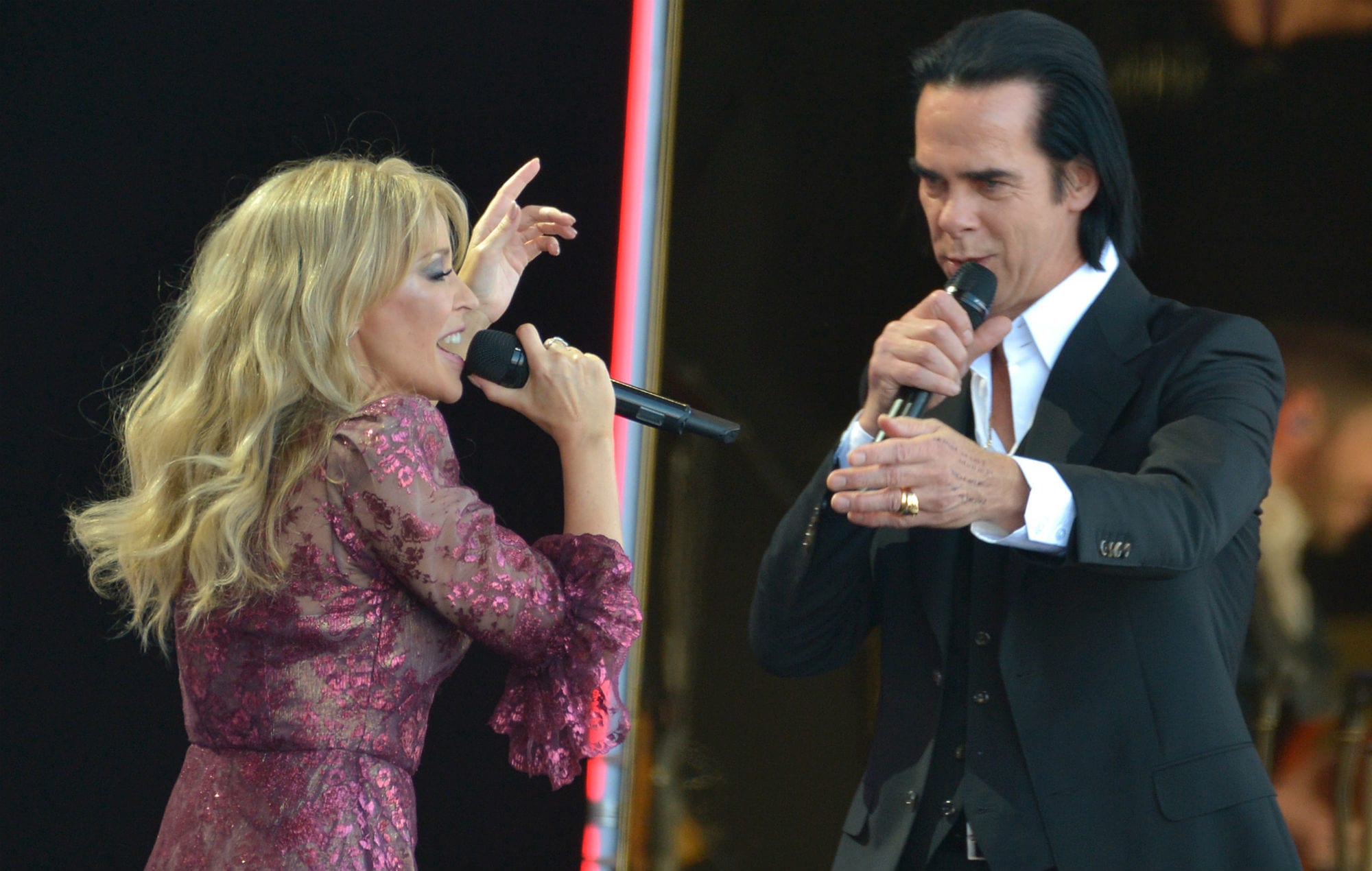 Kylie Minogue and Nick Cave on stage together

Nicholas Edward Cave, also known as Nick Cave, is also an Australian singer. He is as multi-talented as Kylie and is even a songwriter, author, screenwriter, composer, and actor. His rock band is quite famous, and he brings in a lot of diversities in his works. His band, Nick Cave and the Bad Seeds, was formed back in 1983, and overall, Nick holds a massive reputation in the industry. He is mainly known for his diversity and intensified works that include wide varieties. So, before going any further, let’s get to the relation between Kylie Minogue and Nick Cave. Here we will learn what precisely the duo is so famous for.

Also Read: Why Did Drake And Rihanna Break Up?

Kylie Minogue and Nick Cave are known to be very good friends. Their friendship started with their famous single “Where the Wild Roses Grow.” And since then, the duo has stayed in touch with each other and often meets from time to time. The success of the single was such that it eventually became the band’s most successful single worldwide. It is, in fact, one of the greatest songs of all time. It is even included in the list of the 100 Best Songs of the 1990s. The song, Where the Wild Roses Grow was collaborated by Kylie and Cave, was even a huge commercial success. 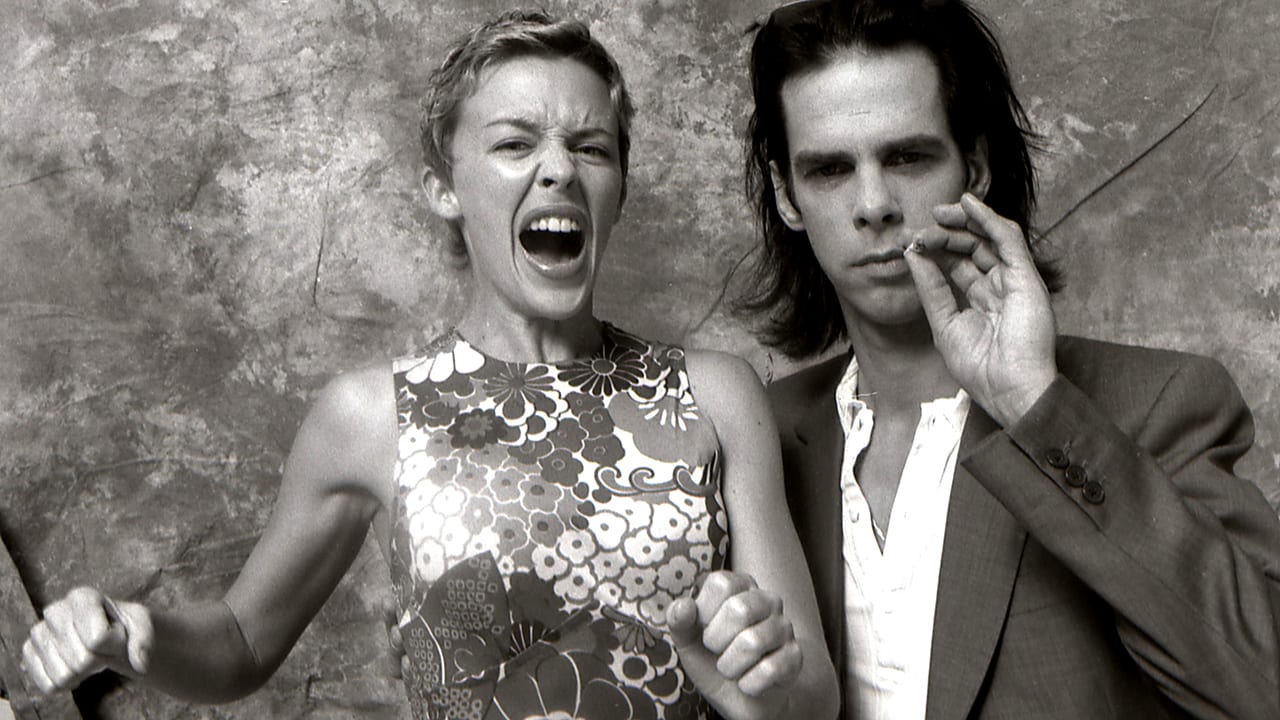 Kylie Minogue and Nick Cave Relationship: The Bond That Stays

Their friendship is, to date, considered quite close, and both are even on good terms. “Where the Wild Roses Grow” is a single that seems impressive and worthy to take a note of even today down the line. The collaboration between Kylie and Nick back then in the single even gave rise to many rumors around them dating each other. Though they both never officially confirmed their relationship, yet assumptions on the same still prevails. Since the collaboration, their friendship hence remained as close as ever. The song has had such a specialty that it kept their bond intact for over decades. They even teamed up live for the single. To date, not only is their friendship precious to them, but even the song is.

The song which gave them the ultimate stardom is hence very close to their hearts. The artistic collaboration that happened then now seems like fate. The 53-year-old Kylie Minogue and 63-year-old Nick Cave are both famous personalities. Fate often entangles them both to each other, and they keep meeting and usually stay in touch. So, that was all for today. We just wish all the best to both of them for their future ventures and wish to see them again soon.