Kyle started his journey on Youtube in 2010 with his friends Jesse Sebastiani and Lucas Gasparini and started a Youtube channel called "NELK". 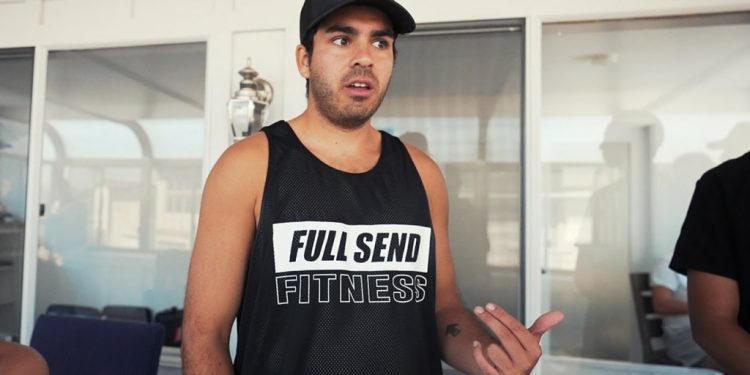 Kyle John Forgeard is a famous Canadian Youtuber and content creator. Kyle is also renowned for living a lavish life; therefore, we’ve brought you Kyle Forgeard’s Net Worth. He is best known as the founder of the NelkYoutube channel, which was started in 2010. The channel currently has more than 7.11 million subscribers and is full of funny and sometimes controversial jokes. Kyle was born on July 12, 1994, in Mississauga, Ontario. After completing graduation from high school, Kyle went to Ryerson University in Toronto to study film. By this point, he was already actively making videos because he had a passion for the craft. However, as his fan following began to grow, he made the bold decision to leave university and focus entirely on his Youtube career.

Kyle Forgeard was born to parents Rick and Gayle Forgeard. Both his parents were kept out of the spotlight and did not want to get involved in their son’s accomplishments. Kyle’s mother is sometimes seen as a guest appearance in Kyle’s videos. But most of Kyle’s videos are pranks, and he probably didn’t want to include his parents. As for Kyle’s nationality, he is undoubtedly Canadian. People think he’s American, but he is not, even though he now lives in California. Kyle seems to love exploring the world, and the rest of the members of Nelk are of the United States with Kyle. But his hometown and nationality belong to Canada. Kyle Forger has a sister named Chantal Forgeard.

Kyle Forgeard has a net worth of $1.5 million as of 2021. His wealth mainly comes from his channel, and he benefits from every view counts. He saw dreams and turned them into extraordinary treasures. Kyle did very well for himself from the great fan following that his team has developed over the years. They recently released their hard seltzer brand called Happy Dad, which even seems to be promoted by UFC fighter Nate Diaz.

This could cause his fortune to grow even further in the future, as Kyle recently posted a video on his other channel named Full Send, in which Kyle gives $300,000 to his father, who has always supported him, also with decisions like dropping out of university and fighting for YouTube as a career. Over time, it’s safe to say that his followers will increase, and earnings will reach the highest tower.

Kyle started his journey on Youtube in 2010 with his friends Jesse Sebastiani and Lucas Gasparini and started a Youtube channel called “NELK.” In 2013 they uploaded their debut video entitled “McDonald’s Job Interview Prank,” which currently has more than 1.7 million views. Gradually, he started to gain millions of views because of his amazing pranks, challenges, lifestyle, reaction videos, and travel soles. Kyle currently has more than 7 million subscribers on his Youtube channel.

The most-watched videos on this channel are Coke Prank on the Cops, The Most Savage Pranks of 2018!, Coke Prank on CORRUPT Mexican Cops, and The Most Savage Pranks of the Decade!. All his videos on the channel have garnered millions of views so far. With his growing fame as a Youtuber, Kyle has amassed millions of followers on social media platforms, especially Instagram. He currently has more than 2.5 million followers on Instagram, on which he shared his exciting lifestyle photos and videos. Various fashion and sports brands, including the brands named Full Send, Happy Dad, and many others, have named him a promoter of their products on social media.

NELK is a Canadian YouTube channel focused on pranks and lifestyle. The NELK YouTube channel was launched on July 6, 2010, and its members are Kyle John Forgeard, Jesse William Sebastiani, and Steve Deleonardis. Kyle was born on July 12, 1994, in Mississauga, Ontario, Jesse was born on June 27, 1993, in Hamilton, Ontario, and Steve was born on August 16, 1998, in Oviedo, Florida. In addition to prank videos, NELK content typically focuses on North American college culture.

They make an interlude to their party life, accompanied by snippets of their jokes. NELK is also widely known for forming a band called Full Send. The brand name refers to a celebration as well as life without considering the future consequences. You will find that this phrase is repeated many times in his videos. It is also present in all of their merchandise. Another popular term is “Rona Season,” which refers to the constant consumption of Corona beer in a group. His YouTube channel is very successful, with more than 7.11 million subscribers and a total of 1 billion views.