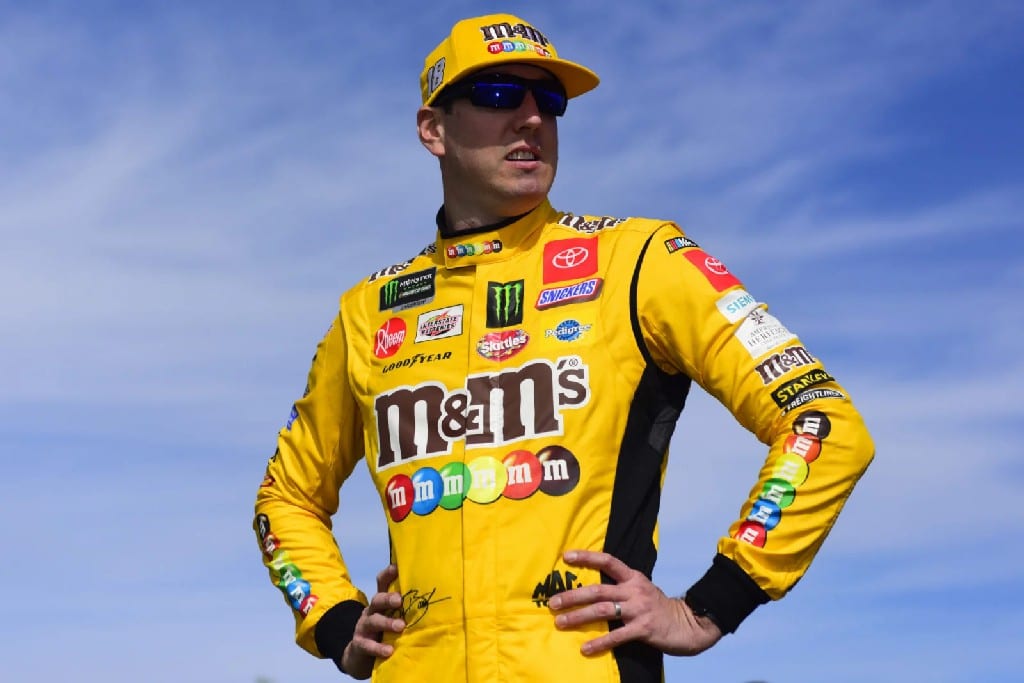 Kyle Busch has established quite a longstanding racing career at NASCAR starting at a very young age. Busch’s talents were noticeable making a mark with Hendricks Motorsport. Then moving on to join Joe Gibbs Racing where he earned most of his success and continues to do so even today. As of 2021, Kyle Busch still competes full-time in the NASCAR Cup Series, driving the No. 18 Toyota Camry. Furthermore, let’s not forget his own racing organization formed in 2009 called the Kyle Busch racing which he is leading to success as well. All compensate to his established career which continues to thrive further.

So, coming in a circle, Kyle Busch has garnered a chunk amount of victories which we could lose count of and continues to do so. Despite some controversies, injuries, and downfalls here and there. The champ has managed to stay ahead. Thus making him one of the successful NASCAR drivers in turn. So here we are taking a look at the fortune Busch has been able to make all these years driving for NASCAR and building to what he is today. Right from his Net Worth as of now in 2021, his early years and humble beginnings as well as the fully-fledged career.

The Net Worth of Kyle Busch is $80 Million in 2021 as we know. He is one of the drivers with the highest Net Worth. All his income is part of his long-standing racing career. Especially competing for  Joe Gibbs Racing. He is also considered to be one of the highest-paid drivers including different events and endorsements. Busch’s company Kyle Busch Motorsport also serves as a major part of his income. Furthermore, he owns a drink called Rowdy Energy launched in 2019 as well as his other ventures. For example, appearing for WWE shows which he is a huge fan of.

Kyle Busch was born on May 2, 1985, and he hails from Las Vegas, Nevada. Busch’s love for racing grew at the young age of six. That’s when he started taking racing lessons driving the cul-de-sac of his family’s Las Vegas Neighbourhood. He initially worked with his father and older brother at the family’s garage. By the age of ten, he became the crew chief for his brother’s dwarf car team. 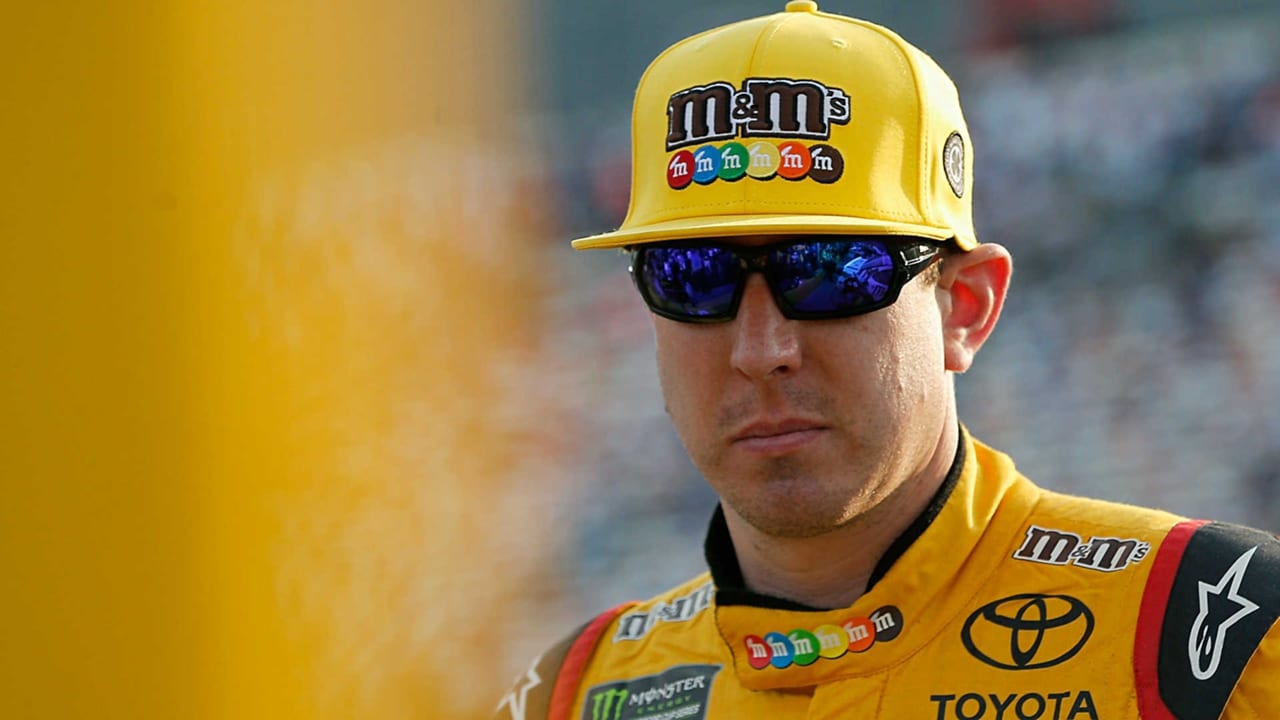 As soon as he turned 13, he started his driving career winning over 65 races in legends car racing. Then two track championships at the Las Vegas Motor Speedway Bullring short-track. Finally also winning ten victories in late model competition at the Bullring during the 2001 season. Moving on by the age of 16, he competed in the NASCAR Craftsman Truck Series. In 2002, Busch graduated from Durango High School in Las Vegas, Nevada a year early so that he could focus on his driving career. Then went on to debut in ARCA RE/MAX Series at Lowe’s Motor Speedway and finishing up at 12th place with No. 22 Chevrolet for WP Motorsport.

Kyle Busch started his NASCAR career in 2003 with Hendrick Motorsports. He scored his first career win at Nashville Superspeedway in April and then once again at Kentucky Speedway in May. He later finished at 24th place in NASCAR Busch Series Hershey’s Kisses 300 at Daytona International Speedway. In 2004, he competed at ARCA Re/MAX Series 200-mile race at Daytona International Speedway while also winning the event. Later marking his first career win in May at Richmond International Raceway in the Funai 250 during the Busch Series season in 2004.

Busch performances garnered him praise as well as winning the most NASCAR Busch Series Rookie of the Year Awards. Then moving on to become the youngest driver to win the NASCAR Cup Series race at the Sony HD 500 at California Speedway in 2005 at age 20. In 2007, Busch and his brother knocked each other out only to reconcile later. Then, Busch moved on from Hendrick Motorsports to join Joe Gibbs racing in 2008. 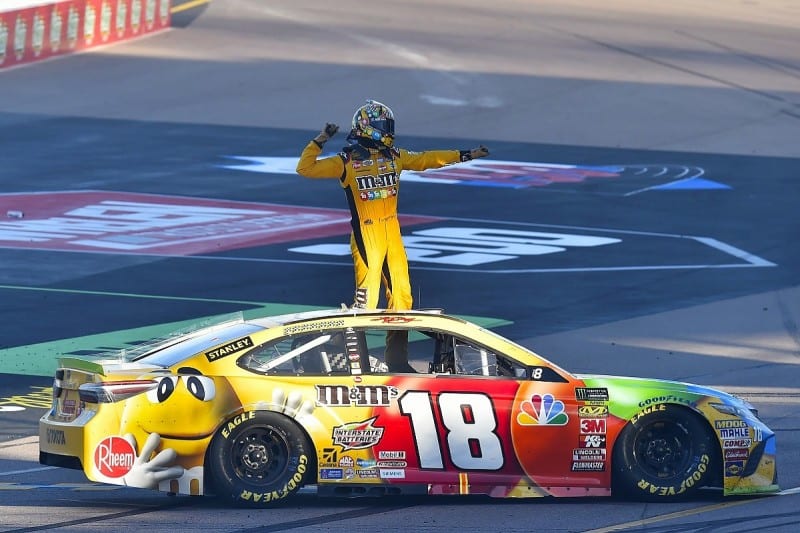 Joining hands with Joe Gibbs Racing, helped them mark a win the 2008 edition of the Nationwide series owners’ championship. Then in 2009, he won his first NASCAR Championship at the NASCAR Nationwide Series. Although he couldn’t retain it, he anyway won the Nationwide series owners’ championship.  Busch then purchased the remainder to Xpress Motorsports and vehicles from Roush Fenway Racing’s defunct truck team in 2009. Thus, establishing Kyle Busch Motorsports (KBM).

Following years marked a number of controversies as well as injuries with Busch. He was fined $50,000 in 2011 for intentionally smashing Ron Hornaday, Jr. Then sustained an injury in 2015 after extending his contract with Joe Gibbs Racing. Still, he decided to go against the wishes of doctors and a quick recovery to join the All-Star race in May. Busch also became an owner champion when Erik Jones from Kyle Busch Motorsport won the Camping World Truck Series championship. In 2018 he won his 51st Cup Series victory and continued to stack his wins in the coming years. In 2019, he claimed his second NASCAR Series Cup win.