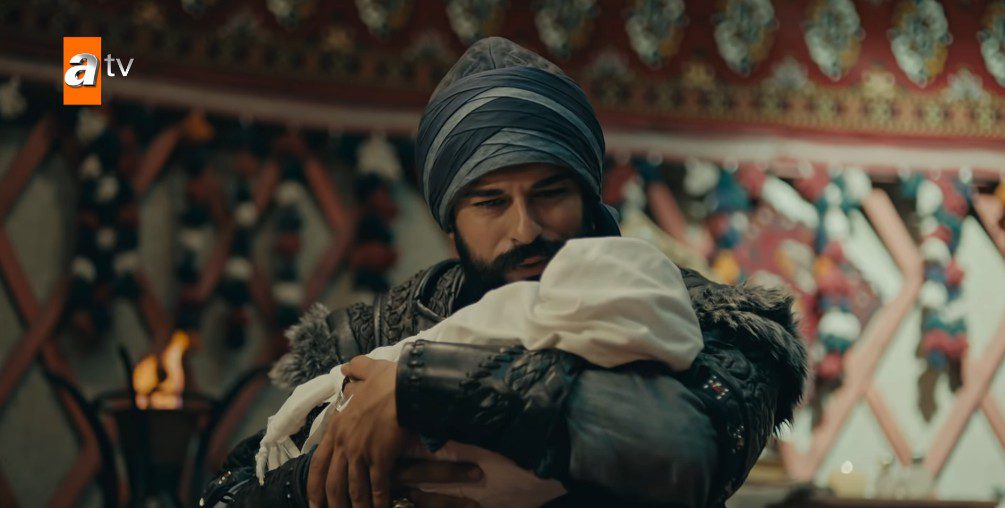 Kurulus Osman wrapped up its second season with the biggest smile on Osman’s face in June of 2021. We saw him this happy throughout the first two season runs of the show. That happiness came from Malhun Hatun giving birth to their first baby as they thanked god. The same happiness was escalated to another level when Bala Hatun came out to reveal her pregnancy as well. So there are a lot more celebrations that may come in handy But when is the question. Plus, that question could only have an answer with Kurlus Osman dropping its Episode 1 for a Season 3 sooner or later.

ATV may have wanted to keep everything under wraps. Fans, on the other side, can’t keep calm after the fitting end season 2 had. Osman really went with his divisive plan and started surrounding Nicola in all directions. Nicola almost saw his dream come true when Osman backed away a few steps. But Osman was just backing to get a clear shot. So, in the end, it was Osman’s army standing tall as he returned home to further good news. Now questions like did Nicola survive? And if Zoya got to Malhun, Hatun is something we need to look at. So let’s begin.

Last time on Kurulus Osman, we opened up with Osman with all force leading his army into the battle against Nicola’s army. Amidst all of this, we see the original plans of Osman to back off earlier in the battle. Thus giving the wrong impression to Nicola to give him a surprise attack. This leads Nicola, and his army confused as he sees Osman’s army coming from different directions. Thus bringing Nicola in the corner as Osman directs his army to attack.

Meanwhile, Bala Hatun and Goncha are following Zoya as they see her buying the poison. At the same time, the battle continues, as Osman’s army kills most of the Byzantines, they also lose some dear ones of their own. Zoya continues with her plan as she serves food for Malhun Hatun. But before Malhun Hatun could start, Bala Hatun and Goncha interrupt, and Goncha places a sword over Zoya’s neck. Bala Hatun reveals Zoya’s plans. This leads Zoya to confess that she did all of this on the orders of Nicola. Bala and Malhun reconcile and apologize to each other.

Nicola, after losing the battle, abandons Helen and moves away. Osman returns with a victory as his empire celebrates the victory. He is quite happy to see Bala Hatun and Malhnun Hatun together. Osman orders that Zoya and the woman who created the poison to kill a baby will die with the same food they poisoned. Goktug, in tears, meets Zoya one last time. But even he believes she deserves it as he leaves the cell while Zoya is left crying, asking Goktug to save her. The elders of the Empire greet Osman for the victory.

Meanwhile, it was time for Malhun to give birth to the baby. The army celebrates as they return home. The bells of empire rang loud. It was a matter of time, and Osman finally heard the baby’s cries.  He meets Malhun Hatun as she carries a healthy baby. A happy Osman thanks god and names his baby Orhan. In a matter of moments, even Bala Hatun feels a little pain in her stomach, and she ends up revealing to Osman that she is pregnant as well.

Episode 1 Release Date & What To Expect?

Kurulus Osman Season 3 Episode 1 is expected to release by 2022 altogether. That speculation comes from the fact that the shooting is still underway. Also with the recently dropped teaser by the show’s official handle on Instagram. Nevertheless, the exact release date of the third season of Kurulus Osman remains under wraps until then. It all depends on how and when the shooting for the show wraps. Officially nothing much has come to light as the shooting is still midway.

So far, ATV has kept the plot for Kurlus Osman Season 3 under wraps. Although longtime followers of the Osman who have heard about their stories may know where it may lead. There are so many of them that are yet to be covered. Now with two babies in his empire, we may see the celebration in the air, at least for the first half of Kurulus Osman Season 3, including Episode 1. Will our prediction come true? Well, we gotta wait till 2022. Until then, keep a check on the official YouTube Channel Of Kurulus Osman to watch all the episodes from both the first seasons of the show.