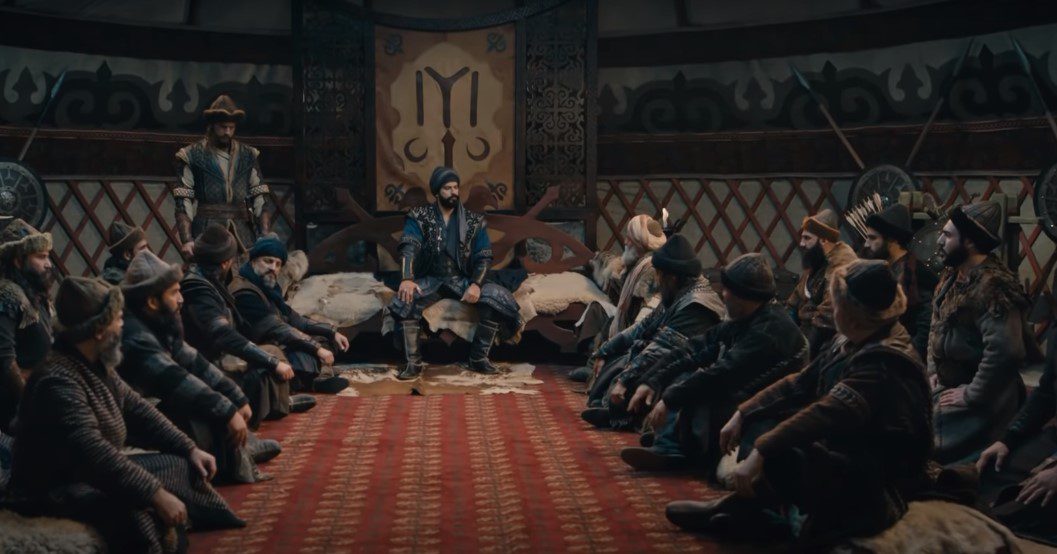 Turkish historical drama Kurulus Osman Season 2 Episode 37 recap. Firstly, episode thirty-seven marks the last episode of season two. This leaves many fans questioning whether there will be a third season. Secondly, this Turkish show follows another series called Dirilis that told the story of Osman’s dad and his perils with his friends and foes. Thirdly, Osman faces, just like his dad a bunch of foes and traitors in his voyages.

This program shows how Osman overcame all the obstacles of treachery and deceit throughout his life. The story follows the Ottoman Empire against Byzantium and the Mongols. Like all period series, the costumes are very impressive, the edition and photography are very good and the story narrates how the Ottomans by the hands of Osman secured independence from the Sultanate of Rum. Managing to create a state that stood up against the Mongols.

The Kais have reclaimed ownership of Kuluchaisar Castle. The tribal flag is hoisted from the walls to the delight of the Turks. Boran and Goktug, who unlocked the gates allowing Osman and his Alps to enter, were primarily responsible for the raid’s success. Unfortunately, arrows poured down on Goktug, inflicting many wounds. Geyhatu had instructed Osman to attend the meeting, and he would be upset if he did not show up, but Geyhatu knows that nobody tells Osman what to do.

Osman is joined in battle by Turgun Hatun, Bala, and Aygul. Turgun wants to find her father, who has been imprisoned in the Castle’s dungeons. However, her dreams are dashed when she discovers that her father has been relocated. Taylak Arsland and Aya Nickola are present in the so-called peace meeting with Savci, Dundar Bey, and Gunduz. They had no clue that Osman was launching an assault on Kuluchaisar Castle. They are enraged because Osman did not show up for the meeting, as Geyhatu had asked. 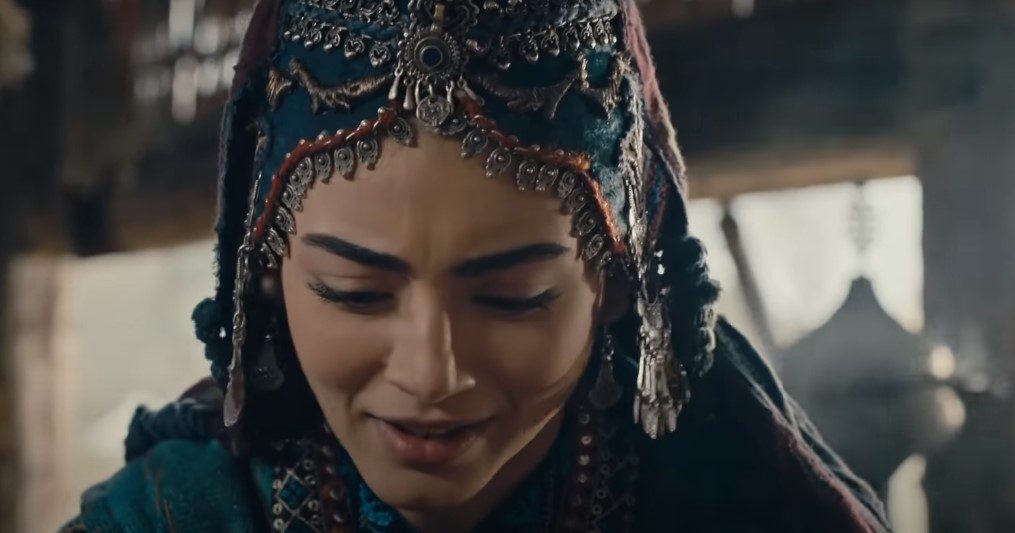 Cerkutay is now Osman’s prisoner, according to Aya Nickola. Taylak is concerned because he knows Cerkutay will inform them of his treachery. Flatius has been put in concealment on the primary route to the Kai nomad to kill anybody who comes his way, most notably Osman. Osman, unaware of the danger, sends Ayaz Alp a message for Savci. But, instead, Sabci receives a telegram informing her that Cerkutay has identified Taylak Arsland as the traitor. But, unfortunately, Ayaz will never deliver the letter since he rides into an ambush and is killed by Flatius.

Osman is ecstatic about capturing the Castle, and he delights in tearing down the Christian flags that adorn the Castle walls.
Osman informs his Alps and brothers that his father fought for his children’s liberation from slavery, and that is precisely what they will do. They will fight on, and they will not return to servitude for anybody. He pulls his sword and tells them it’s time to fight and break free from the shackles around their ankles. Their next step will be to take on Inegol Castle and eliminate Aya Nickola. Osman takes the opportunity to dedicate his triumph to God’s honor.

When word arrives that Osman has taken Kuluchaisar Castle, the so-called peace conference comes abruptly. Aya Nickola’s dignity is wounded. He vows that Osman’s deeds will kill all Kais and fill the country with their blood and Mongols. After being forced to withdraw to Inegol Castle, Aya Nickola rides away. Osman is getting ready to depart Kuluchaisar Castle. He brings with him a brutal fighting Alp named Genco Bey from Karadag. Before saddling up and riding home, Osman leaves the Castle in the hands of Bamsi Bey.

Osman informs Bala that he and Targun are collaborating against Aya Nickola and that his father is being kept captive. One of the reasons he decided to marry her was because of this. However, Bala is unsure if Targun is the appropriate person to marry Osman after hearing what her husband has told her since she joined the Kais nomad as a traitor in the first place. Ayaz Alp was discovered dead on the road. Osman last saw Ayaz when he dispatched him to inform Savci that Taylak Arsland was a traitor. Flatius, Ayaz’s killer, had signed a letter attached to his corpse. Osman vows vengeance for Ayaz’s death. He assures his brother and uncle that they will not be assaulted by Geyhatu. He is unwavering in his belief that he can and will deal with him.

Savci informs Dundar Bey that Osman promised to capture Kuluchaiser Castle and that he accomplished it. He is currently discussing capturing Inegol Castle as well. Savci believes that issuing instructions to Osman is pointless since he is doing everything on his own and will almost definitely not accomplish what they desire. Dundar Bey thinks that they might convene a Toy Council meeting and choose a Bey from among all Beys at that moment. However, they are confident that Osman would disapprove.

Dundar Bay informs Savci that they must make every attempt to keep Osman away from the conference, even if it means exiling him. Dundar Bey concludes his conversation by telling him that they may need to shed Osman’s blood if a successful vote for the Bey is to be had. The Kai leadership seems to be divided down the middle. Savci Bey is tasked with persuading Bamsi Bey that their proposal is the finest. They’ll start talking to the Beys about the Council tomorrow. Dundar Bey aspires to be the Bey of the Kais.

Osman has saved Savci’s life twice, as far as he can tell. First, he has once again taken Kuluchaisar Castle. Second, he has spared Sogut from being destroyed by the black fire, and his actions have not been recognized; nevertheless, Savci thinks Osman must be stopped, and, like Dundar Bey, he views himself as the next Kais Bey. Meanwhile, in the Inegol Castle, Aya Nickola informs Helen that, while Targun attempts to murder Osman, Helen’s objective is to enter Kuluchaisar Castle and assassinate Bamsi Bey. 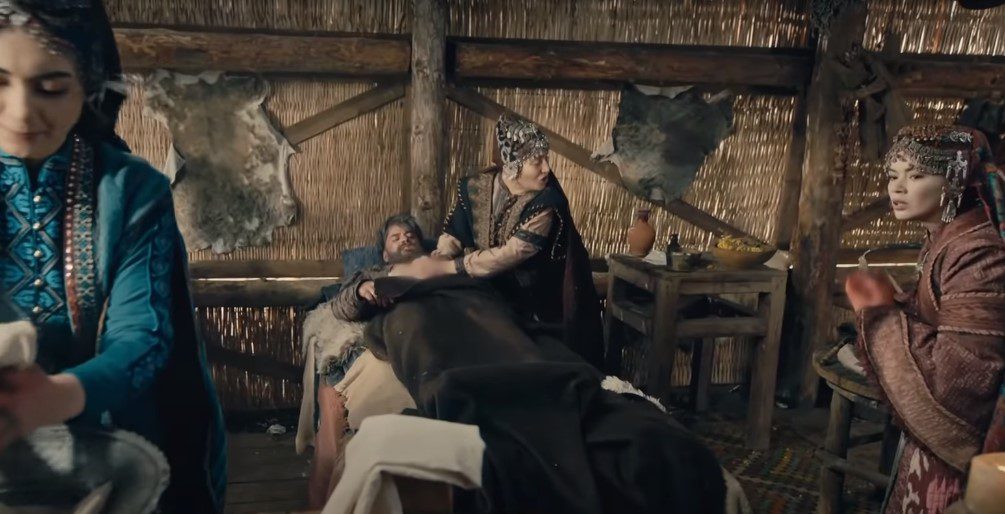 Targun is still being watched by Aygul, Bala, and Gonca to see if she does anything out of the ordinary. They are aware that Osman warned them that she might betray them. Gonca informs Bala that Targun is preparing to leave the nomad. The females pursue her. Back at the Kai nomad, the Beys are gathering. Savci and Dundar Bey inform the Beys that a Toy Council meeting would be held to choose a Bey from all Beys for the Kais. But, of course, this is not done while the current Bey of all Beys is still alive. Gunduz Bey does not support a Toy Council, and he does not believe Osman would either.

Gunduz is ordered to choose a side. Gundiz decides to support Ertugrul Ghazi and will not deviate from tradition. He informs Savci and Dundar Bey that Ertugrul will select the next Bey from all Beys, and Gunduz will rear him until his last breath. If Savci and Dundar Bey deviate from tradition, they will face strong resistance. Taylak Arsland awaits Cerkutay and Osman in an ambush. Osman is waiting for him and instead catches Taylak. Now that he has Cerkutay and Taylak Arsland as captives, Osman is unaware that Flatius is not far away and observes them from a distance. He prepares his troops for assault and fires his arrows into the unsuspecting Alps.

Flatius’ arrows struck their target right away. Osman takes an arrow and shoots it straight through his hand. Another arrow is drilled deep into Cerkutay’s chest, injuring many of Osman’s Alps.
Bala and Aygul, meanwhile, follow Turgun out of the nomad. They keep an eye on her as she meets an unknown man in the woods. The messenger hands her a note, which she quickly swallows, fearful that the secret will be revealed. She comes face to face with Aygul and Bala as she attempts to flee.

Bala has his sword poised at Turgun’s throat in no time. Bala is informed that Turgun was seen receiving a note, but no message is found. Nobody saw Turgun consuming the letter. Turgun reveals to Bala that she has a secret. Bala is unsure what she is referring to, but she believes Targun has an ulterior motive for being at the Kai village, which involves Osman. So Bala and the girls set out on a journey back to the nomad, bringing Targun along for questioning.