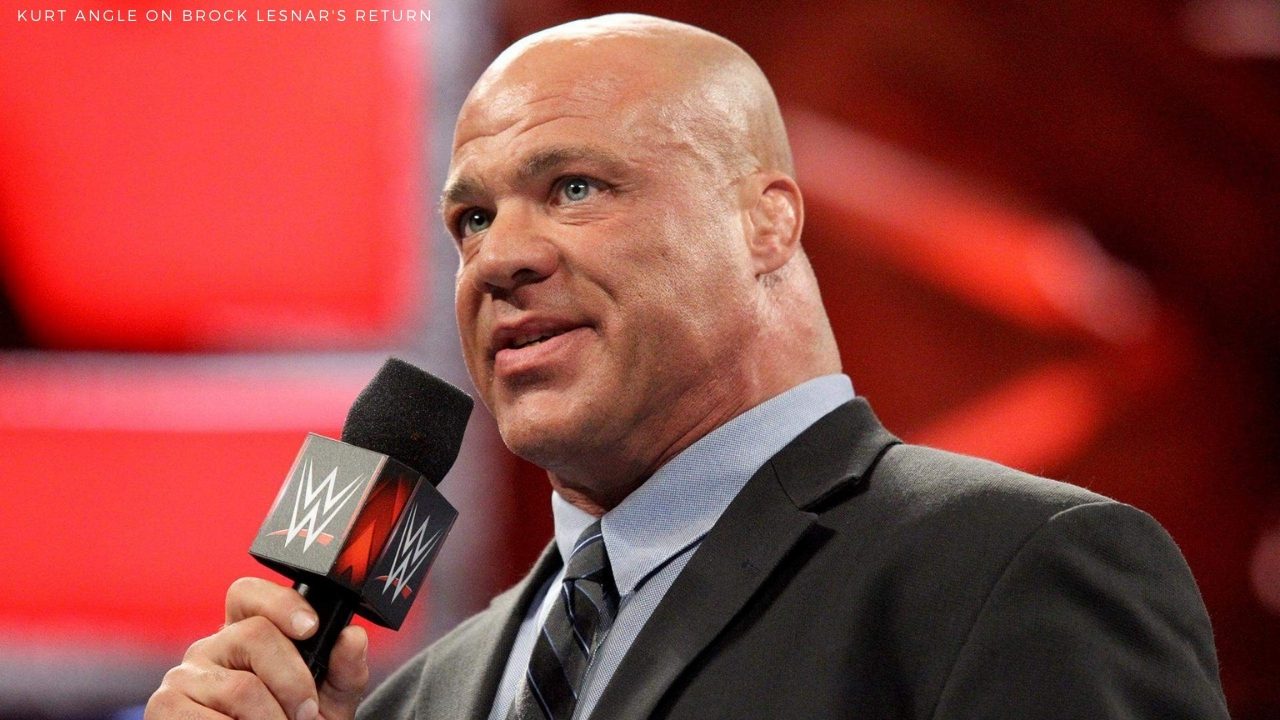 WWE Summerslam was an event that came out following one of the most anticipated shows in the wrestling business. The First Dance Of AEW Rampage certainly hiked the viewership of rival promotion of WWE. All this buzz was created from a single name. That was CM Punk making his return inside the squared circle which he walked away from in 2014. The buzz was so huge that WWE might have really felt threatened and called in Brock Lesnar to fill in at Summerslam. Reacting to if it’s true, Kurt Angle sat with The Wrestling Inc. and spoke on if Brock Lesnar’s return was an answer to CM Punk’s return or not.

Clearly, the fans were invested for weeks since rumors of CM Punk along with Daniel Bryan signing to AEW came in question. The buzz was so real and Darby Allin went all out to drop hints and asking for Punk through his nickname The Best In The World. The hints made the return more obvious. All AEW had to do was to make it real. So on AEW Rampage’s First Dance, the theme Cult Of Personality hit, and out came CM Punk. WWE on its side had a huge show to follow in and they had to fill in to counter the buzz. Here is what Kurt Angle had to say about it.

Recently WWE Hall Of Famer Kurt Angle appeared on The Wrestling Inc. Daily. That’s, where the question of the Brock Lesnar return being a last-minute deal was popped up. All because of CM Punk’s return generated huge buzz for AEW. Also supporting the fact was that Brock Lesnar came out with a different look than usual to confront Chief Roman Reigns. So Kurt Angle responded by saying that every time Lesnar makes his return, it’s a huge deal for WWE and the wrestling world. You know that every fan out there is gonna turn their eyes around for a minute or stay on the channel to see what comes next. 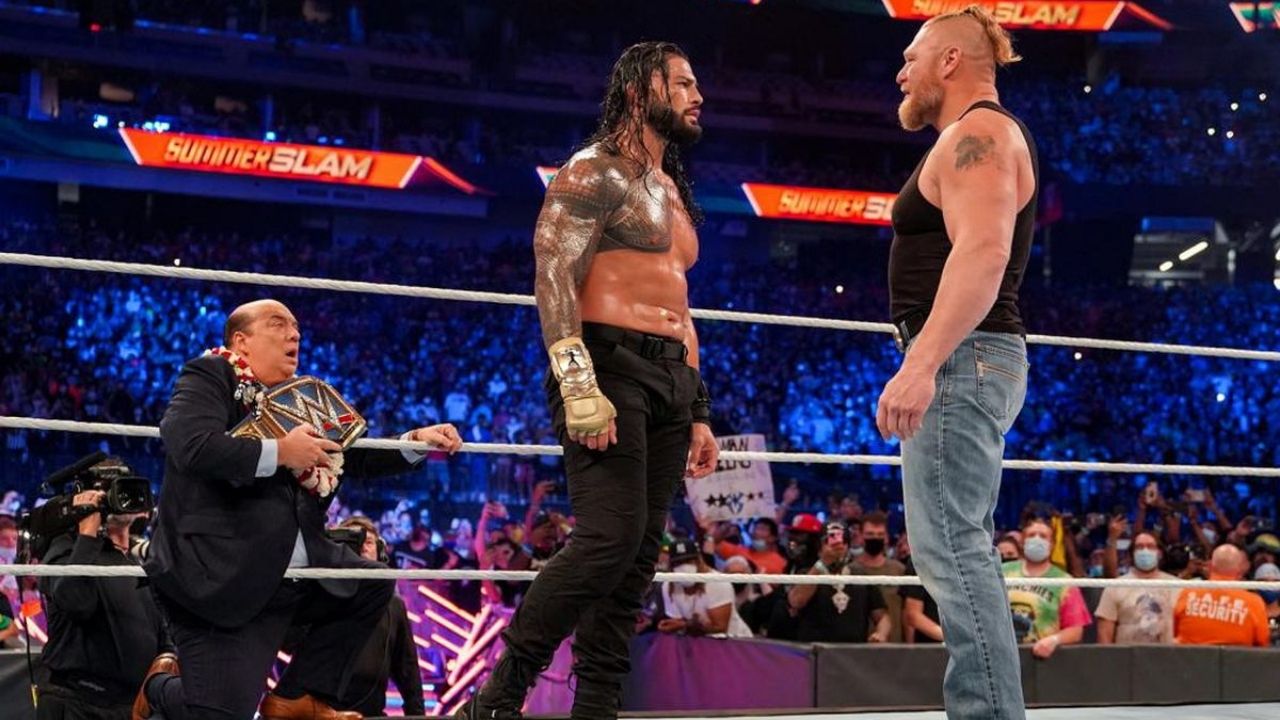 So in a way, yes, Kurt Angle believes bringing Brock Lesnar back took away the buzz that CM Punk created for AEW with his return. If not all, but some of it including the buzz of Daniel Bryan joining the same company soon. Kurt Angle can’t help but admit that apart from Lesnar, CM Punk and Daniel Bryan are big names in the wrestling too.

WWE managed to protect itself from damage through Brock Lesnar making his return and confronting Roman Reigns and taking out Cena. But didn’t appear on the following shows. They secured their position. But at the same time, he believes his return won’t affect AEW’s shows featuring CM Punk and Daniel Bryan. Plus, WWE did lose the two superstars with Punk who may never want to return there. So the entire cover-up doesn’t really matter.

CM Punk making his return to professional wrestling after a 7-year hiatus is a huge thing for the industry. The fans have been waiting for this quite a lot. The fact it did happen, means a lot for AEW as a new competition. Reacting to the same Kurt Angle went on to say that Punk’s return is great for the wrestling world.  Punk is a huge name itself and he considerably had a huge impact on the wrestling world with the WWE. 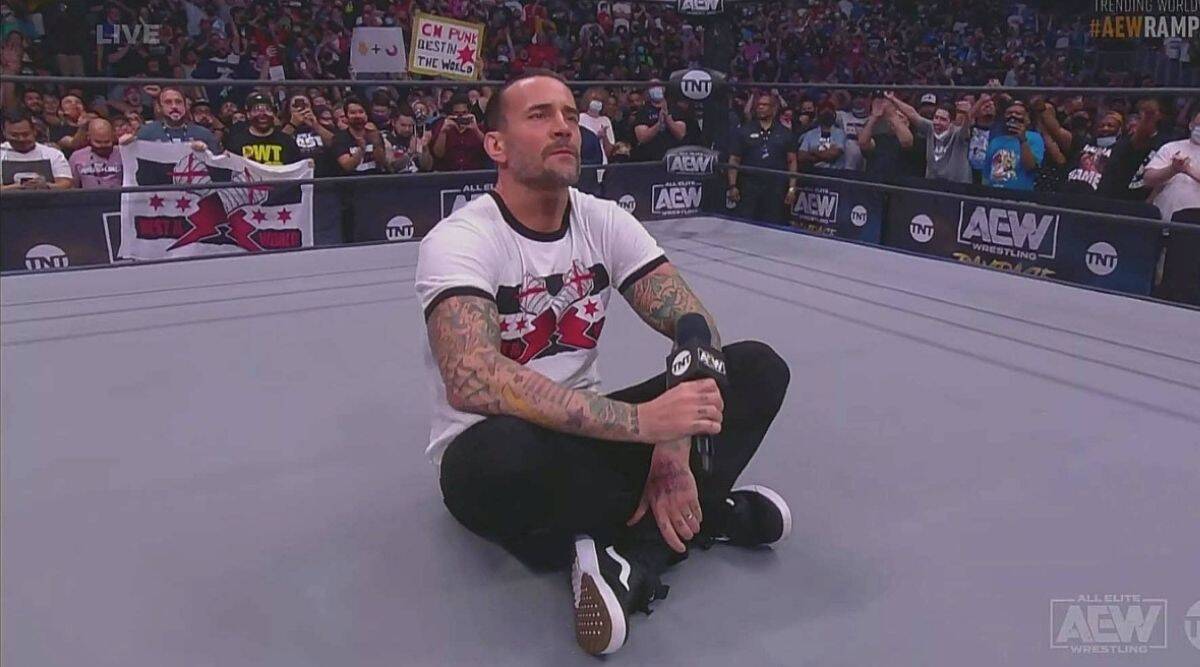 So, coming back to question, although a return to WWE for CM Punk remains difficult. Kurt Angle believes he has already made a name for himself. Whether he wants to return to WWE is up to him. Anyway, he may do great in AEW, and it’s the beginning of things for him as well as the company starting from down there. Kurt Angle wished Punk luck for the future and moved on to answer further questions.

Apart from that, we can consider that WWE has certainly started seeing AEW as a threat. At least the beginning s of it if Brock Lesnar’s return was actually a last-minute move. The company is looking forward to major changes in the future including a revamp of NXT. It was just a matter of time that WWE realized that they are not the only lion in the professional wrestling business anymore. Everyone is looking forward to CM Punk’s first match since his return. It is Punk vs. Darby Allin on AEW All Out 2021 this Sunday.