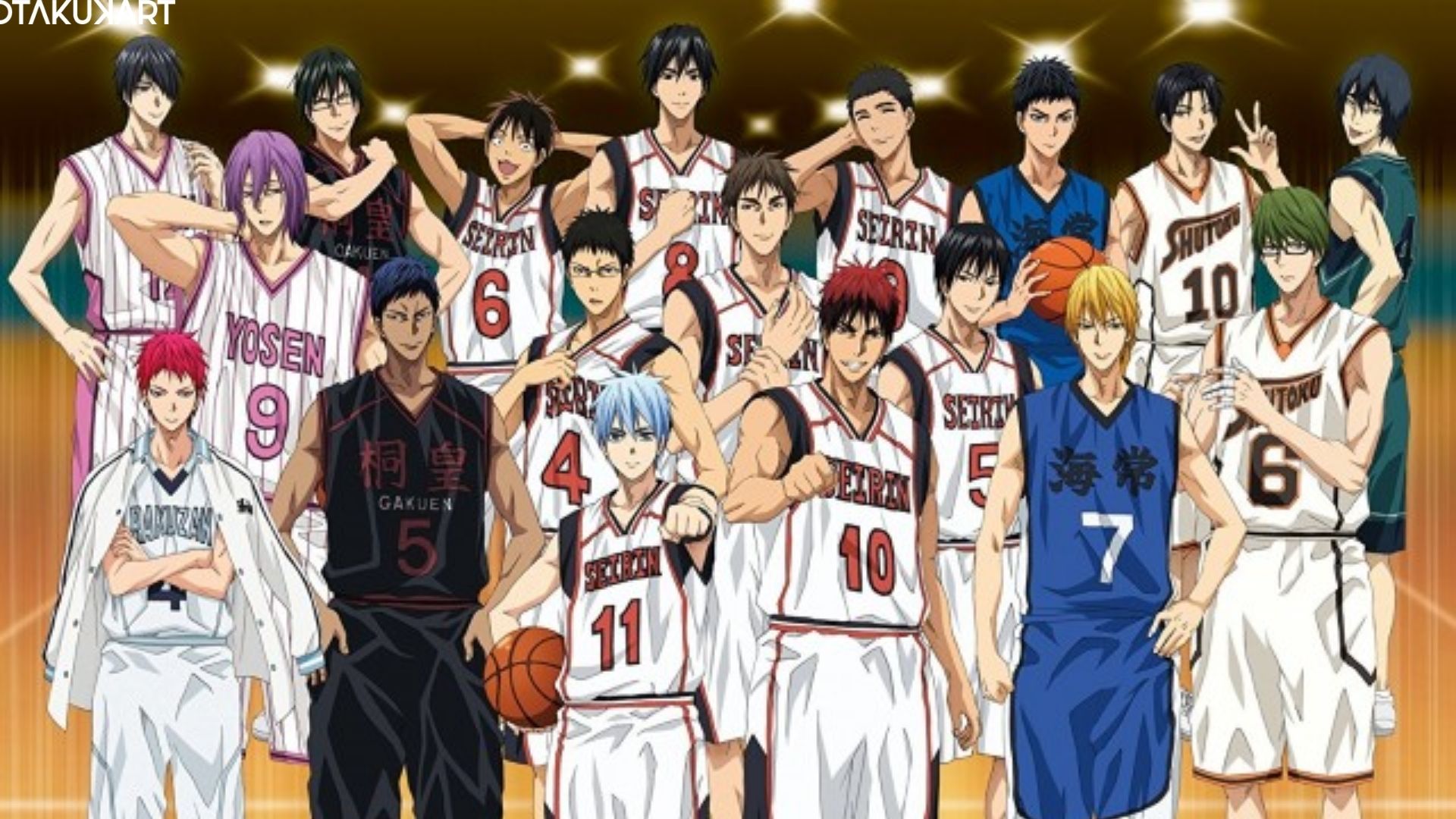 A Spring 2012 premiered anime series, Kuroko no Basket is still one of the favorite sports anime. Based on the manga series by Tadatoshi, KNB is a Japanese sports anime which follows the story of Tetsuya Kuroko and his life with basketball and his friends. The manga and anime series also has a light novel adaptation. Not only that, but Kuroko no Basket also has audio CDs, a variety of games such as the Nintendo 3DS, and crossover fighting game J-Stars Victory VS.

So much time has passed. Kuroko no Basket is now celebrating its 10 year anniversary with some exciting projects. The manga series first started to publish in December 2008 till September 2014. Written and illustrated by Fujimaki Tadatoshi, Kuroko no Basuke got its anime adaptation that aired from April 2012 to June 2015. The first season aired from April to September 2012, while the second season of the TV anime aired from 2013 to 2014, following the third season in 2015.

However, before taking our time with the new anniversary projects, let’s first go through the plot again, in case you forgot the setting.

Also Read: 13 Best Anime From Production IG That Should Be In Your Watchlist

Tetsuya Kuroko is a boy with no presence. His basketball skills are lacking in themselves. Yet he is the part of ‘Generation of Miracles’ and the ‘Phantom Sixth Man.’ To elaborate, Tetsuya Kuroko was in the Teikou Middle School basketball team that dominated all other middle schools. Even though he had zero presence and almost no basketball skill, he could pass the ball. Kuroko is actually the ‘Phantom Sixth Man’ who is known to be the shadow of the ‘Generation of Miracles.’ While Seijuro Akashi, Shintaro Midorima, Ryota Kise, Daiki Aomine, and Atsushi Murasakibara had potential in them, they still needed Kuroko for a fine play. And Kuroko was happy enough playing with the five. However, nothing is constant, right? 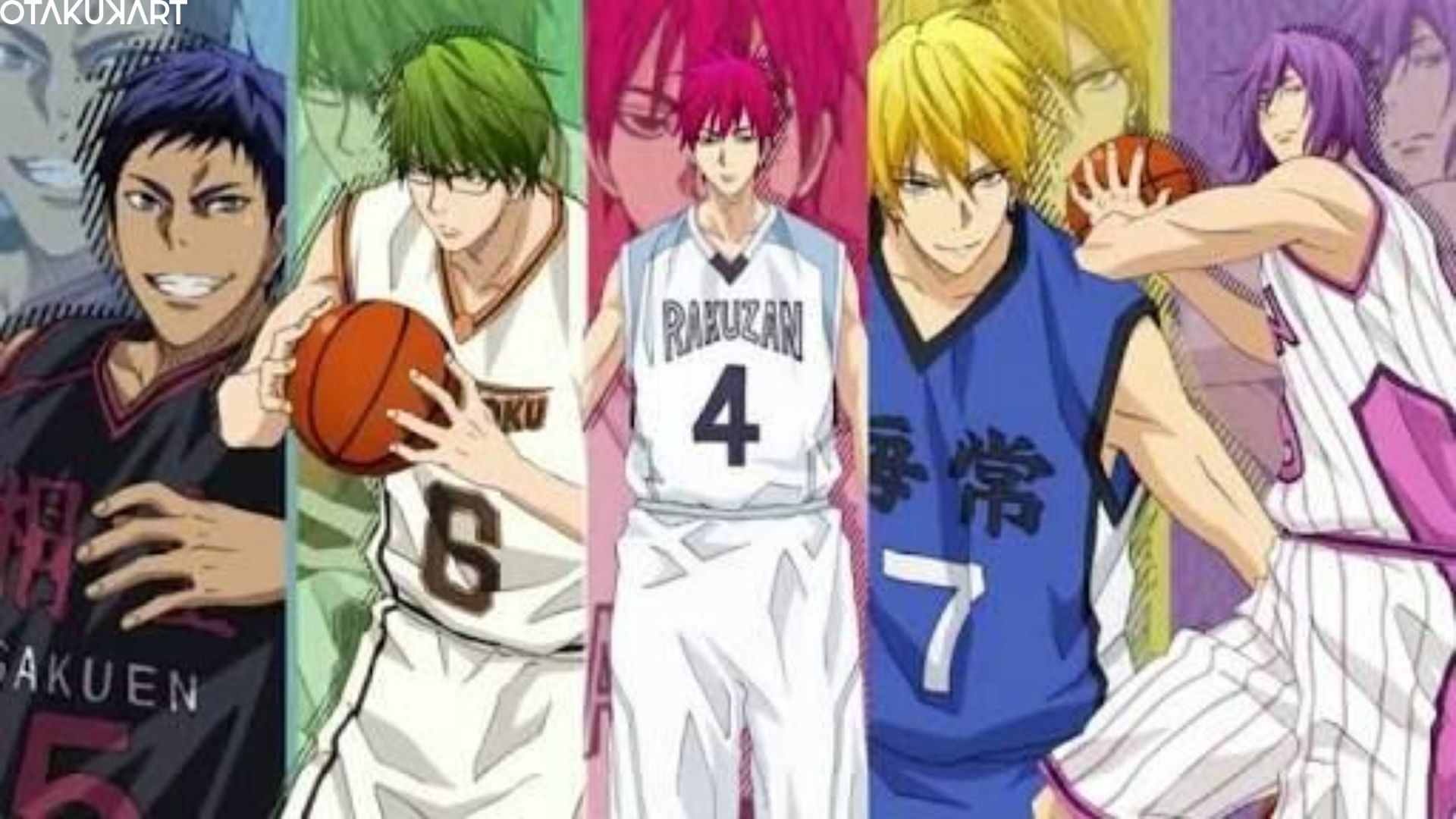 The Teikou High’s ‘Generation of Miracles’

After each of the five had their raw potential polished, nobody needed Kuroko. The six friends, which fans looked up to, chose different paths and went to different high schools. Kuroko, in search of a team that could surpass the team once ‘Generation of Miracle’ is in, joined the Seirin High School. There he joined the basketball team and formed pair with Kagami, who has just returned from America. After declaring that Kuroko would be Kagami’s’shadow’ and Kagami is his ‘light,’ Kuroko’s former friends challenged them. 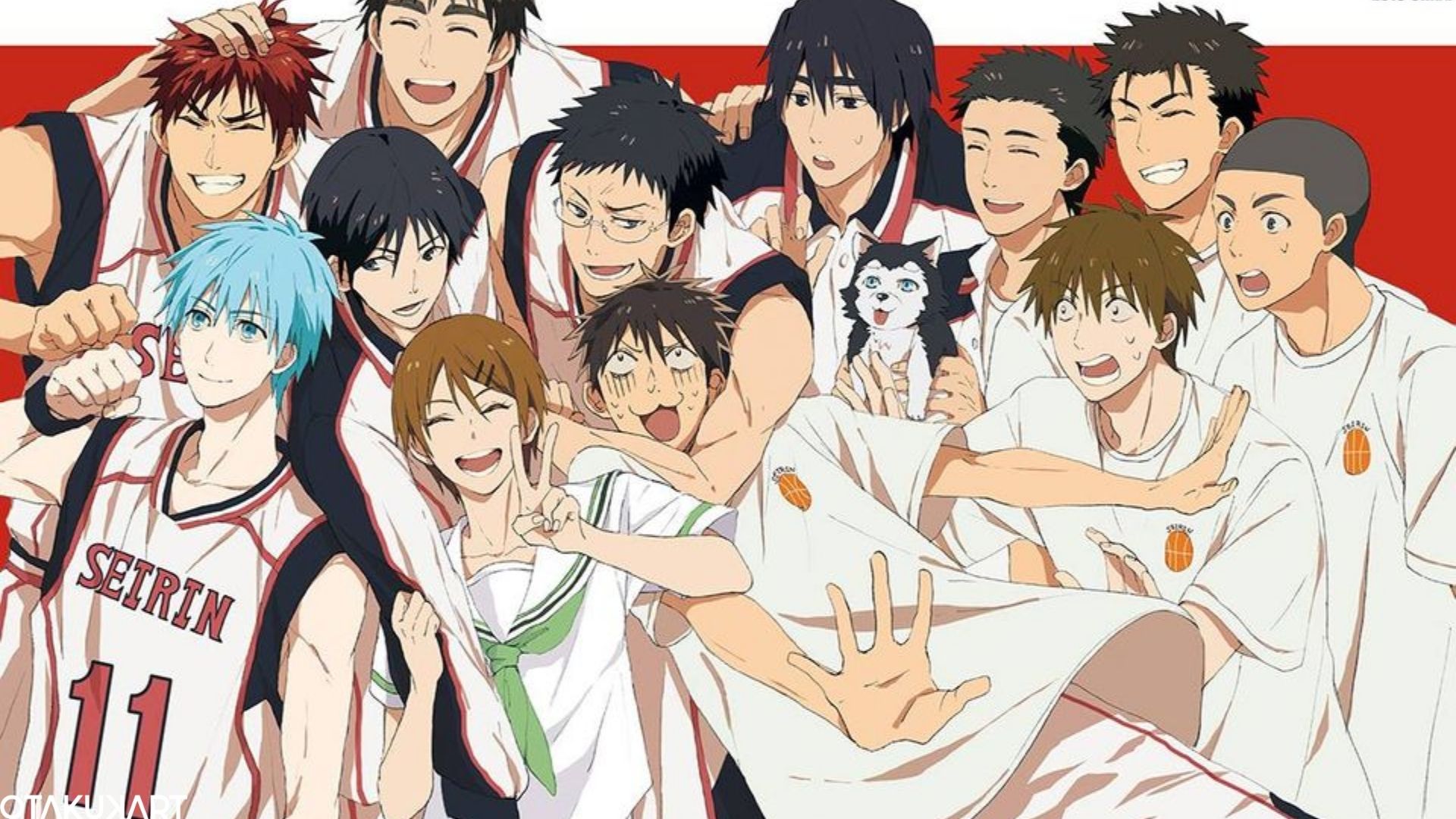 Each season was wholesome and fulfilling. The fans got to see things they never expected to. Although it would have been nice if Kuroko, Daiki, Kise, Akashi, Midorima, and Atsushi were still teammates, this much was still enough. Knowing full well that the fans would be delighted with some surprise, KNB 10 year anniversary will be celebrated with some awesome projects. What are they? Let’s see the details.

Also Read:  Top 10 Anime Similar To Blue Period That You Should Check Out

The sports anime, Kuroko no Basuke or Kuroko’s Basketball, will launch its 10 Year Anniversary Projects starting from the Month of April 2022 The anniversary project is set to run for an entire year, 2022-2023.

The 10 Year Anniversary Project will consist of a New Song by GRANRODEO feat. Kensho Ono, the VA of Tetsuya Kuroko. The anime studio Production IG will once again produce an animated music video for the song.

Finally, a project which will be most looked forward to. A pop-up show will be open for a year at Ikebukuro Parco Department Store. Now those lucky fans can also enjoy a Kuroko-themed event. No, thankfully, for fans who are not in Japan, it’s not a theme park but an event. The event will be held in Ikebukuro’s Namja Town, and Namco amusement arcades will be offering some related prizes throughout the year. 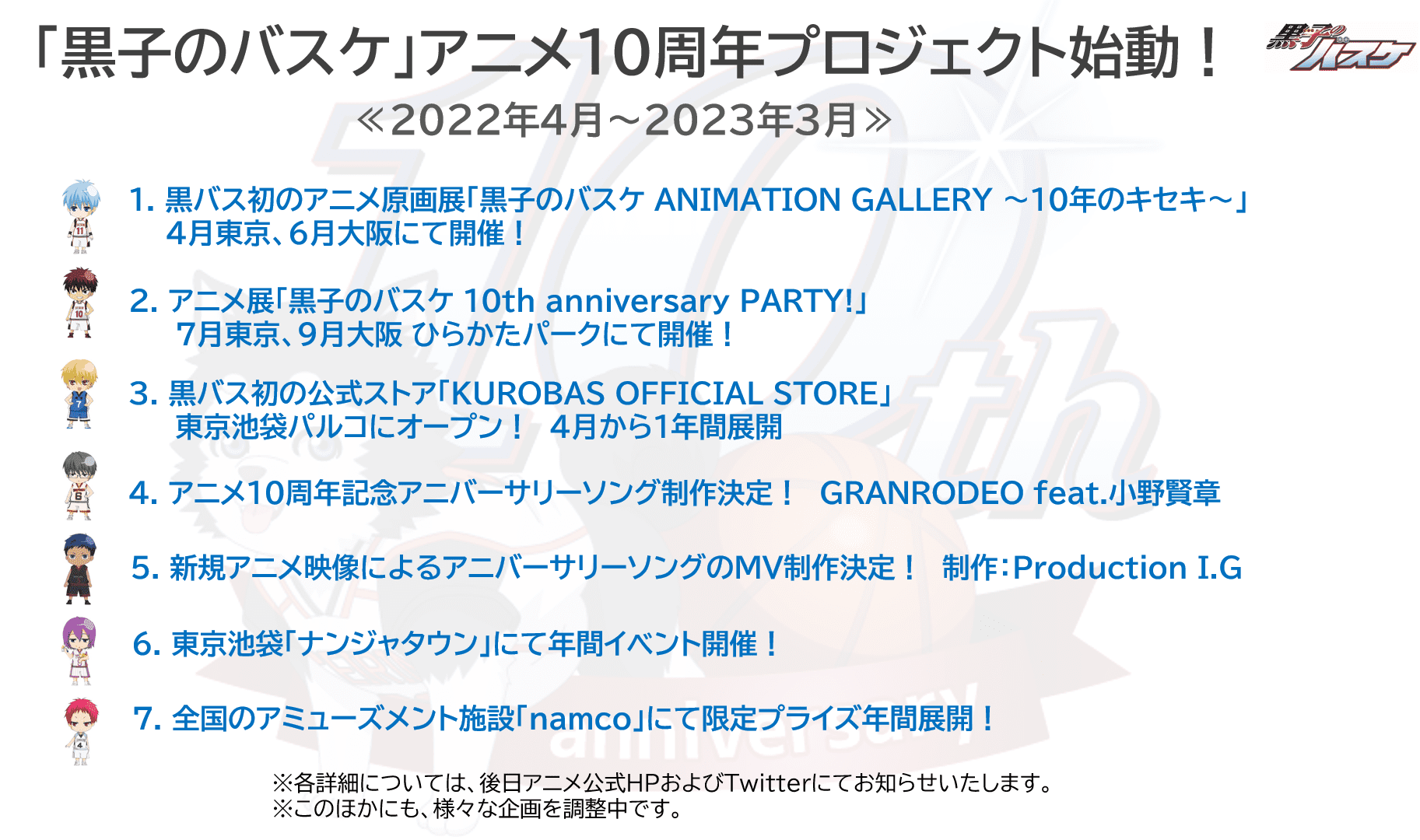 Also Read:  Ten Best Sports Anime You Should Check Out