World Trigger Season 3 Episode 10 reveals a formidable opponent after Hyuse talks with Chika. Hyuse was curious about Chika’s shooting skills and asked her about shooting people. Chika gets scared and realizes that she has problems when it comes to shooting. But in the past, when she joined Tamakoma-2, she knew that Kuga and Osamu would cover her mistake. Chika decided that she would fight at full force. In the latest episode of World Trigger-Season 3, Kuga, Osamu, and Konami met and talked about solid opponents.

Osamu reveals that Yuba Squad is like Katori Squad, and they get stronger when they reach the zone. He analyzes how Yuba fights using guns, and Kuga suggests sparring with Yuba before the match begins. They also talked about how they faced Ikoma and realized that Yuba used those tactics during the battle. Kuga talks about Midorikawa, and Osamu realizes that Midokawa is from A-Rank No.4 Kusakabe Squad. He reveals that he will meet with them the next day. Osamu and Kuga arrive at the hall and meet with Midorikawa, who greets them in the morning.

Midorikawa tells the two to follow him, and he meets with Kazuma, who had a chit-chat with them. Kazuma reveals that he is a Gunner from A-Rank No.4 Kusakabe Squad. Kuga also made self-intro and showed them his captain Osamu. Kazuma tells the two that Yuba will arrive in the Squad Room by three, and they go at that time since Yuba is the punctual type. Midorikawa suggests having a match with them, but Kuga replies that he doesn’t want to be late. Kuga asks if Yuba is Kazuma’s mentor. Kazuma explains what he knows and that Yuba is invincible during the battle.

Kazuma also reveals that Yuba is the best fighter in one-on-one duels. Kuga wonders if Yuba is strong if Kage and Kazuma find it hard to compare them. But he knows that Kage is different and has his thing during battles, and it depends on the type of the battle to rate Kage or Yuba. Kazuma tells them about the time Yuba went toe-to-toe with Tachikawa. He also talked about Kazama, Ninomiya, and Ko since they are ranked high for their winning rate. But Yuba is exceptional since he battled more than thousands of challenging opponents to reach his high rank.

Before meeting Kazuma, Kuga recalls that Yuba Squad would have a new opponent before December. Osamu knows that they have an entrance exam before December. Konami knows that the new guy is an ace, and he scores high marks on all of his tests. Kuga also asks Kazuma about Kanda, and Kazuma explains Kanda’s skills. Midorikawa reminds Kuga that it is time to meet Yuba. Osamu decided to remain with Kazuma since he wanted to learn something. Kuga and Midorikawa head to Yuba Squad Room.

Osamu and Kazuma spoke about Ninomiya, and Osamu wondered why Kazuma says top-ranked guys are invisible in duels. He knows he told him the same thing when they talked about Yuba and realizes that their next opponents are formidable, and they can’t underestimate them. They have to be fully prepared for the next battle. Osamu asks Kazuma why he said the same things about the two. Kazuma smiled and said he did, but Yuba and Ninomiya are invisible in different ways. Osamu also learned about Ninomiya’s tactics. Kuga and Midorikawa met with Gunner B-Rank No.7 Captain Takuma Yuba and headed out for training.

Also Read: The End of Chunin Exam In Episode 228 of Boruto: Naruto Next Generations

World Trigger Season 3 Episode 10 will be released on 12 December 2021. Yuba gets angry, thinking that Kuga is holding back. Kuga reveals that his opponent got a lot of talent, and he is not holding back. Yuba allowed Kuga to fight with Obishima, but Kuga wanted to fight with Yuba. Midorikawa noticed that Kuga was holding back on purpose. Kuga challenge Yuba if he will fight him after dealing with Obishima. Let’s look at World Trigger Season 3 Episode 10 official details.

Obishima vs. Kuga begins, and Kuga takes the battle seriously. Kuga defeats Obishima with a single move, and Yuba vs. Kuga begins, but Kuga gets defeated in a blink of an eye. Kuga admits that Yuba is more robust than seen in the logbook. He left with one victory and one loss, but he learned something and knew that Osamu would break down their battle. Let’s meet when World Trigger Season 3 Episode 10 is released. 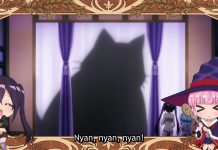 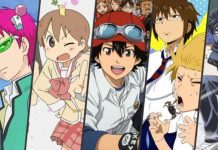