Krampus Ending Explained: What Happened To Their Christmas? 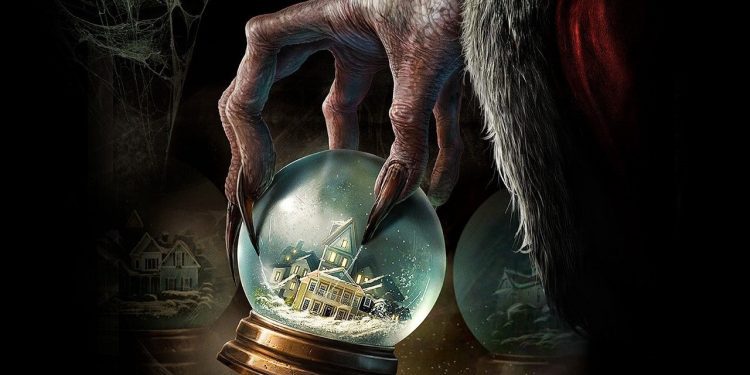 Krampus is an American film of the Christmas horror Genre. It is filmed in 2015, written and directed by Micheal Dougherty. The film is a summation of three writers – Dougherty, Todd Casey, Zach Shields. It is released on two different dates in two different cities. The movie is released on November 30, 2015, in California and December 4, 2015, in the United States. Krampus is currently running on OTT platforms like Hulu and Sling TV. Krampus is exclusively about an ancient European demonic mirror who whips out bad children.

Krampus is a horned beast. Krampus during Christmas scares children who behave disobediently. In the movie, Krampus accompanying Saint Nicholas visits Children by the name of Pre-Christmas. The well-behaved children get many presents like nuts, oranges, and chocolates. Meanwhile, the mischievous kids get nothing but punishment with birch rods. Youthful men participate in dressed as Krampus in the Pre-Christmas event. Let’s check out what happened with Max in the movie with ‘Krampus the ending explained’. Was Max given gifts or birch rods?

This is a movie filmed based on some ancient beliefs on Evil personnel who have seen worse in people. It is believed that Krampus is the other unseen side of Santa Claus. Santa Claus has come in a mysterious attire to change people into good.

Max is a boy who lost all his enthusiasm to celebrate Christmas as a kid. He belongs to a broken family who has gathered for a holiday. The Family never enjoyed a single minute of the holiday but fought. Max on rage has accidentally ordered a monster for the festive into the family. He instead of calling Santa from the North, called something evil that year.

Krampus is the one who knows what people did, The Good and The Bad. Krampus is none other than the Evil Version of Saint Nicholas. The doors of Hell were released as beloved Santa Claus takes on a monstrous life of his own, surrounding the fractured family’s home and forcing them to fight for one another if they hope to survive.

Did the family unite to save themselves?

The broken family makes many trials to save themselves and each other. They had to unveil many obstacles, something that never comes into imagination. On the first day, they got to live without electricity and heat in the peak winter. As days pass, The family has got to see a weird snowman outside the door. They experienced the monster’s footsteps on the rooftop. The adults decided to face the monster and find out what it was.

The grandma has foreseen the situation. She said, ‘this year Saint Nicholas is not gonna visit. The family gets scared and slowly finds out the purpose. The purpose of the Krampus is to scare the family. Krampus has put the family into innumerable troubles. Santa’s replica’s whole intention was to unite the family. He made them realize that entities are observing them. The family felt that this world is not only about their self-made rules. They have understood that God is observing everything.

The family heads toward the snowplow for the monster in the snow to attack. It takes Tom firstly also getting Linda and Sarah. Max and Stevie get into the snowplow. He runs after Stevie, but Krampus finds him out. He hands Max his torn-up letter, similar to the one he gave to Omi. Max understood the purpose of the arrival of Krampus.

He follows the demons to a spot where they are preparing to take Stevie. Max calls to Krampus and throws the bauble back toward him. A hole comes up from the Earth as the Bauble sinks. Elves trapped Stevie until Max tells Krampus that he knows it’s his fault that Krampus is present. Krampus wipes Max’s tear with his claw, but he and the elves start laughing as they throw Stevie into the hole. Krampus grabs Max and holds him above the hole. Max weeps that his sole wish is to celebrate Christmas just like everyone else does. Krampus drops Max into the hole.

The hole opens into his room, and it’s Christmas Day. He goes downstairs and witnesses the whole family together. They were all united, happy, and peaceful, enjoying Christmas Holiday.

Where is Shameless Filmed? All About The Locations

Where is Girl on the Train Filmed? Production of the Psychological Thriller