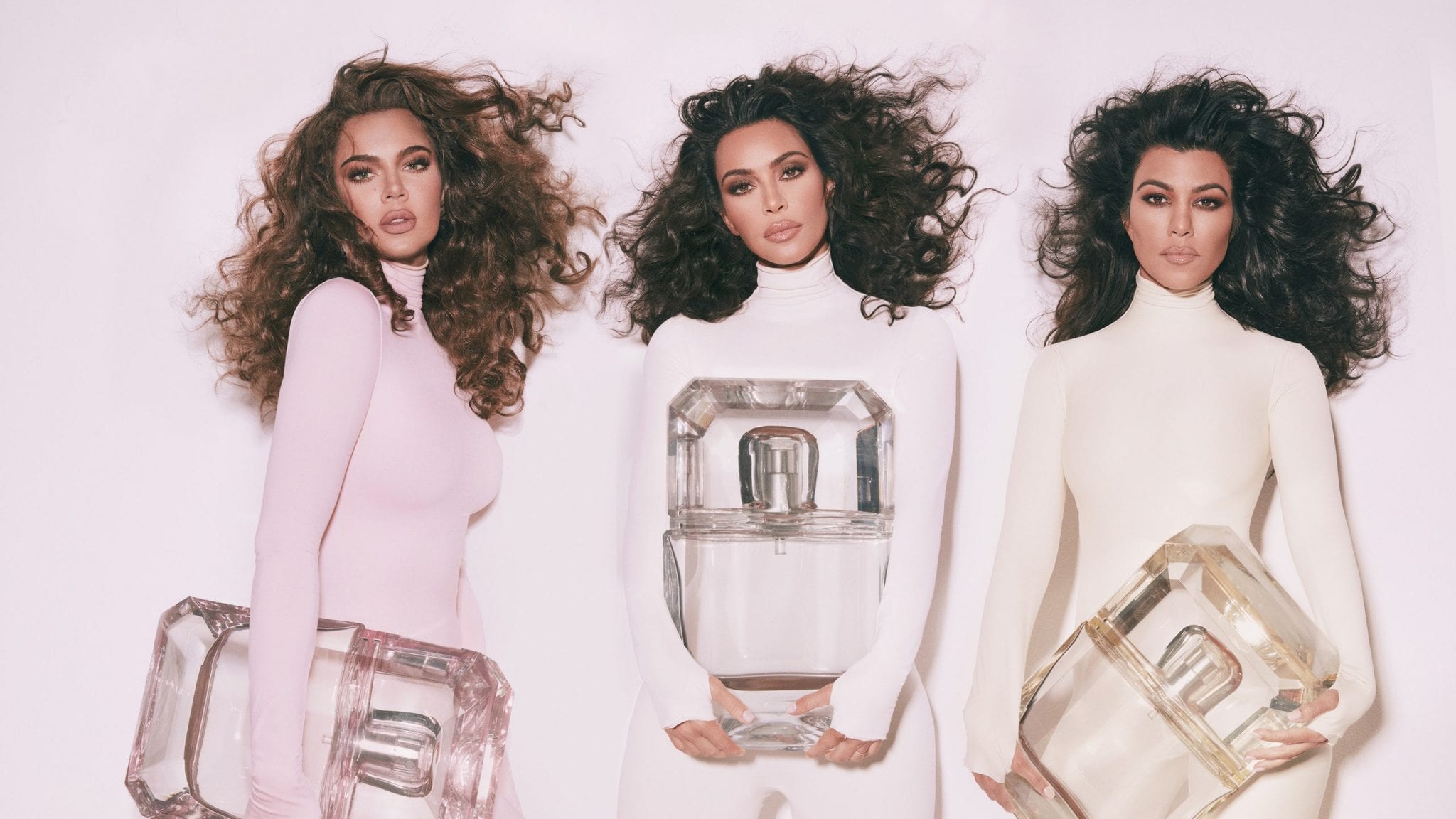 We all know the popular media personality of America, who is also a socialite and a model as well named Kourtney Kardashian. She came to the limelight with the popular show where she stared with her family. The show was a reality show titled Keeping Up With the Kardashians. The success that she received from the show led them to create some spin-off shows, namely, Kourtney and Khole Take Miami, as well as Kourtney and Kim Take New York. Having such talented sisters and being so talented a well, she, along with her sisters, namely Kim and Khole Kardashian’s started getting offers from the popular retail and fashion industries.

Not only are they extravagant actresses, but they also have their own clothing and fragrance line. Other than that, they have also launched their book with the title Kardashian Konfidential in the year 2010. After receiving enough success from the fashion and television industry, Kourtney released her own website with the name Poosh in the wake of 2019. Other than the career of the Kardashian sisters in the field of fashion and television industry, the Kardashian sisters are also popular for the awesome products that they sell, namely Wait for Slimming Pants, Beauty Products, Coca-Cola. Apart from that, they are also paid for promoting prescription drugs. The Kardashian sisters charge somewhere around $75,000 and $300,000 for each post that they will put on their social media handles, namely Instagram, Facebook. Twitter. 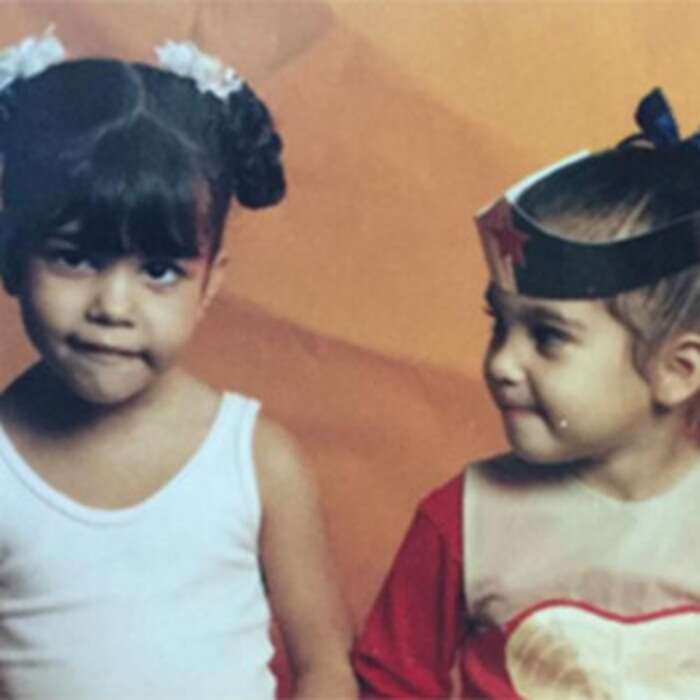 Kourtney with her sister Kim when they were kids

Born on the 18th of April in 1979 in the beautiful city of Los Angeles, which is in California, was none other than but the popular television personality named Kourtney Mary Kardashian, or as we may know her Kourtney Kardashian. She was born in the family of Robert and Kris. Not only was she the only child, but she also has two sisters and a younger brother, namely Kim, Khole, and Rob, respectively. But for some reason or the other, in 1991, Kourtney’s mother and father parted their ways legally. After some time, their mother got married to the winner of the 1976 summer Olympics named Bruce Jenner. Gradually with time, the Kardashian sisters got three stepbrothers, namely Burton or Burt Brandon and Brody. Other than that, they also got a stepsister named Casey and two half step-sisters, namely Kendal and Kylie.

Talking about her schooling, for her highschools she attended the popular Roman Catholic all-girls high school named Marymount High School. After completing high school, she moved to the beautiful city of Dallas, which is in Texas. Moving to Texas, she attended the popular University named Southern Methodist University. She continued her college years for two years. But shortly, she moved to the city of Tucson, which is in Arizona. Moving there, she completed her graduation from the popular university named the University of Arizona. In her college years, she persuaded her bachelor’s degree in Theatre Arts and also a minor degree in Spanish.

Though she made a debut in her career at a very early age, she came to the limelight after being part of the popular reality series named Filthy Rich Cattle Drive. The show was premiered in 2005. Not only is she a talented actress, but she also participates actively in charity works. She donated most of the money that she earned from her previous reality show to charity work. After a couple of years, that is, in 2007, in February, she rose more and more to success and limelight after a sex tape of Kourtney, which was made by her sister Kim and her former boyfriend Ray J in 2003. After some time that is by the end of 2007, Kourtney Kardashian, along with her family consisting of her mother, stepfather, her siblings is Kim and Khloe, and Rob and her half-sisters named Kendall and Kylie were paid to make their appearance in the popular reality show aired on the television named Keeping Up with the Kardashians. The reality show series was aired on the popular channel named E!. Other than the show of the whole family, many other spin-off shows were also premiered on the popular channel named E!. After the success of the previous show, the Kardashian sisters did some spin-off shows, namely Kourtney and Khloe Take Miami, Khloe & Lamar, as well as Kourtney and Kim Take New York.

After some time, the Kardashian sisters, along with their mother, opened their own boutiques, which were consisted collection of children’s clothing. The name of the boutiques was Smooch, which was established in the Los Angeles area. Other than that, it also had a branch in New York City as well. The boutiques carry the brand Crib Rock Couture. Kourtney, along with her sisters named Kim and Khloe, owns and operates the popular clothing brand named D-A-S-H. The main showroom of the boutiques is in Los Angeles. Other than that, it also has its branch in Miami, New York City. Other than that, there was a pop-up store in the city of Hamptons.

A few years later, in 2010, in the time of Spring, Kourtney along with her sisters made their own clothing brand with the name Bebe. In August of that very year is in 2010, the Kardashian sisters declared that they were working on another clothing line named K-Dash, which was sold on QVC. After some time, the Kardashians sisters launched their own sunless tanner named Kardashian Glamour Tan in 2010. Other than that, Kourtney also wrote a book named Kardashian Konfidential. She wrote the book with her sisters that is Khloe and Kim. He was issued his first copy in November 2010.

Other than that, Kourtney Kardashian also launched their own skincare line named Perfect Skin. She launched her skincare line with her sisters. Her skincare brand was developed and certified by a doctor named Dr. Ron DiSalvo in order to have Perfect Science Labs. Other than that, the three sisters launched their own jewelry collection for the esteemed company named Virgins, Saints, and Angels. The Jewellery line was launched in the month of March 2010. For the Kardashians, the jewelry line was not only a sense of business but also reflected the partial background of the American background.

After some time, that is, in 2017, not only did she improved her business skills with her sisters but also became more graceful in the fashion field. She established her fashion line for the first time; in order to do that, she collaborated with the popular site named PrettyLittleThing. Her fashion line included 32-piece, which was inspired by the popular brand named Studio 54, as well as Classical Hollywood Cinema and also from the 1970s series. After the success that she received from the fashion line, she, along with her sisters, collaborated with Calvin Klein in the following year is in 2018. In that very year, she signed a collaboration with her half-sister named Kylie in order to launch her line of lipsticks and palettes with her half-sister’s company named Kylie Cosmetics.

After a couple of years that is on the 5th of March in 2019, our favorite star Kourtney started her own website with the name Poosh. After a few months, that is in the month of November in that very year, she collaborated with two of her other sisters, namely Kim and Khloe, in order to create their own perfumes lines. Since they were a total of three sisters, so they made three perfumes, making one for each one of the sisters. The perfume line included the collections, namely Yellow Diamond, which was the fragrance of Kourtney, Pink Diamond which was the fragrance of Khloe; and last but not the least Pure Diamond, which was Kim’s fragrance. Each of the perfumes that they made was unique to one another. 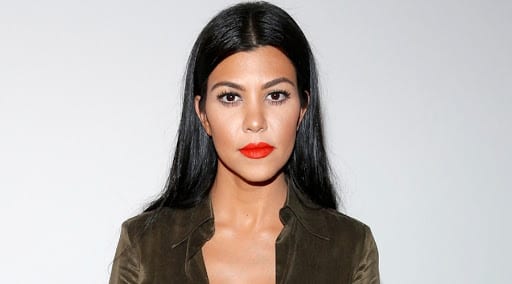 Not only is she a prominent person in the field of fashion but also in business, and how can we forget her acting skills in television series. She earned most of her money from her acting in reality shows. Other than that, she also has her own website named Poosh, where she portrayed her lifestyle brand. Apart from that, she also has an e-commerce store. With all this, her net worth is somewhere estimated to be $35million. 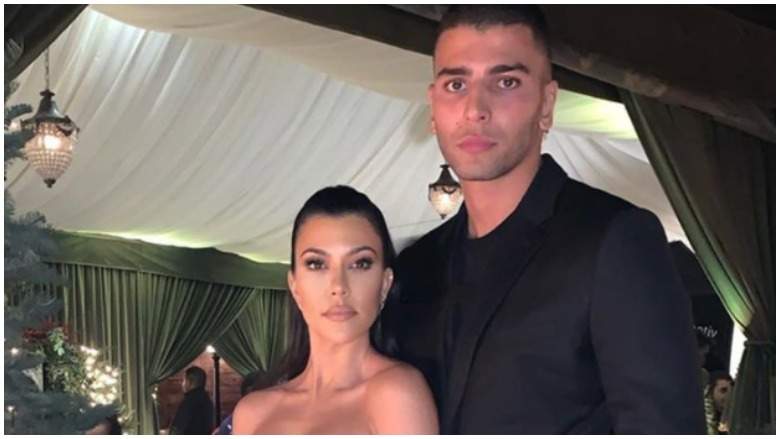 Kourtney started her dating a popular star named Scott Disick in 2006. The couple has been in an on-off relationship. The couple saw each other at a house party of their mutual friend named Joe Francis. Soon enough, the couple became parents of three children, namely his son Mason Dash Disick who is the oldest and was born on the 14th of December in 2009. After a few years, that is, in 2012, on the 8th of July, the couple was blessed with a baby girl Penelope Scotland. After a couple of years that is on the 14th of December in 2014, the couple had their youngest son named Reign Aston Disick, But for some reason or the other, the couple parted their ways in 2015. After some time, she again came into an on-off relationship with the popular model named Younes Bendjima. Their relationship lasted for a year or so.

Read:- Kourtney Kardashian Spotted With A New Man, Who Is He?