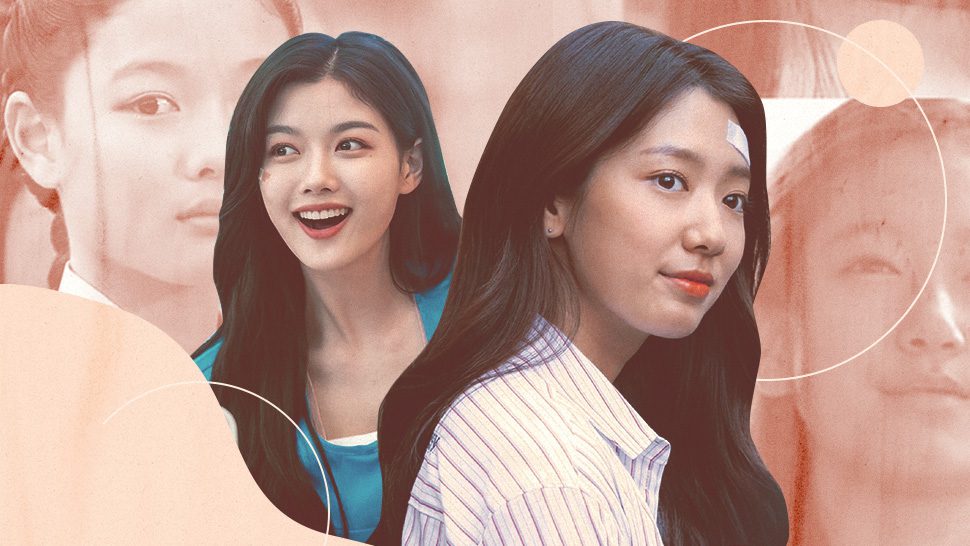 Following the Korean wave through the years, we’ve come across many remarkable actors playing the main leads. But sometimes, it is the child actors who make the most impact. And before we know it, they are all grown up under the spotlight. Those who have been following the Korean wave since the start have seen some beautiful child actors blossom into grown-ups and more skilled actors than they are now. Stepping into the spotlight at a ripe age, many have come and gone, but some of them ended up staying and are now doing an amazing job in the South Korean acting industry.

Starting from a small supporting role, they are now bagging the main roles in some of the globally hit k-dramas. They have a huge fan following from all over the world. But it didn’t come easy to them as they’ve been balancing their schools and their work-life side by side. Now on a track of success in the Korean Entertainment industry, here are some of the most popular actors whom we’ve seen grown up in front of our eyes. And now make us get teary eyes with happiness as we see them achieving everything they’ve worked for since the start.

Known as the ‘Nation’s Little Sister,’ Kim Yoo Jung is currently one of the most popular South Korean actresses in the world. Making her debut when she was for years old, Kim Yoo Jung started out as a child model. And with her charming visuals, she ended up winning the Most Popular Award in a contest without even participating. By 2006, the actress started her journey by playing supporting roles in well-known k-dramas like “Evasive Inquiry Agency,” “Gumiho: Tale of Fox’s Child,” “Secret Door,” and a lot more. Until she landed her first main role in the 2015 k-drama ‘Angry Mom’. Since then, the actress has been on the path to success.

Appearing in several well-known historical period dramas, Kim Yoo Jung is also known as the “Sageuk Fairy”. The actress got diagnosed with dysfunctions of the thyroid gland and had to take a break from acting for the time being. But after resting, Kim Yoo Jung made a solid comeback with the k-drama ‘Clean With Passion For Now’. She went on to do hits like ‘Backstreet Rookie’ and ‘Lovers of The Red Sky’ recently starring alongside Ji Chan Wook and Ahn Hyo Seop.

We’ve seen Jin Ji Hee transitioning from a rich spoiled child to a mature better person throughout 2021 in SBS’s hit ‘Penthouse’. While she has done a remarkable job in the k-drama, it isn’t her first time. The actress has grown up in front of the k-wave fans’ eyes as she rose to fame playing the supporting role in the 2009 k-drama ‘High Kick Through The Roof’. The actress was ten years old when she played the character of the younger sibling, who was a rebel and used to bully her fellow characters. But the actress actually made her debut when she was 4-5 years old through the 2003 k-drama ‘Yellow Handkerchief’.

And since the beginning, Jin Ji Hee has done a remarkable job. Now spending 19 years of her life in the industry, the actress is in her early 20s and off to a great start. Growing up, she had a few supporting roles in some well-known k-dramas and movies like “Can We Love?”, “Seonam Girls High School Investigators,” “Fight For My Way” before landing up one of the lead roles in the Penthouse series. Talking about her future in an interview, Jin Ji Hee revealed that she wants to play a detective in an investigative drama. As she’s been playing school girl roles for a while, she wants to go for more diverse characters.

Jang Geun Suk is best known for playing the role of band leader Hwang Tae Kyung in the drama “You’re Beautiful”. Getting discovered by a talent agent, the actor made his debut as a child model at the age of five. Taking a chance in acting, the actor starred in the 1997 HBS k-drama “Selling Happiness”. And his role in the 2009 film “The Case of Itaewon Homicide”. Throughout the years, the actor has starred in many k-dramas, including “Hong Gill Dong,” “Mary Stayed Out All Night,” “You’re Beautiful,” and “Bell Ami”. Jang Geun Sik has not limited himself to just acting as the actor has been singing professionally, too.

Along with singing OSTs for the k-dramas, the actor has also released his own discography. He released his first single titled ‘Black Engine’ in 2008 and his first album, ‘Just Crazy’ in 2012. In 2020, Jang Geun Suk completed his mandatory military service as a public service worker. Talking about his time during the enlistment, the actor revealed that he had gotten healthier than before. After his last appearance on TV with the 2018 k-drama “Switch: Change the World,” the actor is all set to star in the upcoming k-drama ‘Accidental Country Diary’ alongside the actress Choi Soo Young. The release date for the k-drama hasn’t been out yet.

Moon Geun Young made her debut as a child model at the age of 10. And after filming several commercials and modeling for various magazines, the actress went on to make her acting debut in 1999 as a child actress. Playing the role of younger Song Hye Kyo in the k-drama “Autumn In My Heart,” the actress received the Best Young Actress award at the 2000’s KBS Drama Awards. After a string of successful roles, the actress went on to star in some other amazing films like the 2003 horror film “A Tale Of Two Sisters”. Along with a role in the 2004 film “My Little Bride,” where she plays a high school student who is obliged to marry the grandson of her grandfather’s best friend to follow a bargain they made during the Korean War.

In 2008, the actress became the youngest winner of a Daesang for her role in the period drama “Painter of the Wind. The actress had to go through some health problems in between as she was diagnosed with compartment syndrome and received emergency treatments to treat her arm muscle pain. She last appeared on Television in the 2019 k-drama “Catch The Ghost,” and in 2021, KBS’s short drama “Memory Point” alongside Jo Han Sun and Song Jun Ki. She played the role of the tragic main character who got exhausted from taking care of her alcoholic husband and ended up becoming an alcoholic herself. While there are no future projects lined up for the actress, the fans are hoping to see her on the TV screens once again soon.

Currently, in his 30s, Ryu Deok Hwan has been in the industry since the age of 6. Appearing in the 1980 k-drama ‘Country Diaries’ as a supporting cast, the actor has a few main roles to his name in the k-dramas like “Miss Hammurabi,” “I’ve Got My Eye On You,” “Special Labor Inspector Jo,” and a lot more. Ryu Deok Hwan has also worked in the k-drama “Lifetime in the Country” for eight years. Playing the role of Oh Dong Ku, an awkward transgender teenage girl who joins the Korean wrestling team in hopes of winning in the 2006 film “Like A Virgin” is one of the best performances.

Along with getting a nomination in the year 2007 at Asia Pacific Screen Award Best Performance, he has also lent his voice to the animated Korean “Earth Rep Rolling Star”. The actor is not limited to acting as he went on to make his directorial debut in 2013 with the movie “The Story of Man and Woman”. He returned with the film “And So Again Today” in 2020, which is a collection of short stories. Deok Hwan also announced his plans to marry his girlfriend with whom he’s been together for seven years.