Konami Silent Hill – All You Need to know

The situation of the  Silent Hill franchise is currently in a confusing situation. In this article, we will be covering Konami Silent Hill – All you Need to know. The Silent Hill series contains a lot of mixed emotions and feelings embedded into the story, of which the game is composed off. The first three titles and even the fourth in the franchise were widely appreciated and were loved by many. But then afterward, the franchise wasn’t able to recreate that success in its future installments.

After the franchise’s original creative team was disbanded, the franchise started to show signs that its popularity is going down. Since then, every installment lost the franchise’s identity after the rushed outsourcing jobs. In 2014, there was a playable trailer released for a game titled Silent Hill with the legendary Hideo Kojima. But, it all was canceled when Kojima later left Konami. Now, there is again some fuzz happening regarding the reboot of the franchise, but like always, take all these rumors with a pinch of salt.

Recently, the popular leaker AestheticGamer, also know as DuskGolem, revealed some interesting details regarding the Silent Hill franchise. For those who don’t know, DuskGolem has a pretty good track record when it comes to leaking stuff regarding upcoming games. His leaks regarding resident Evil were all right. He said that Konami is working with outside developers on two of the upcoming Silent Hill titles. 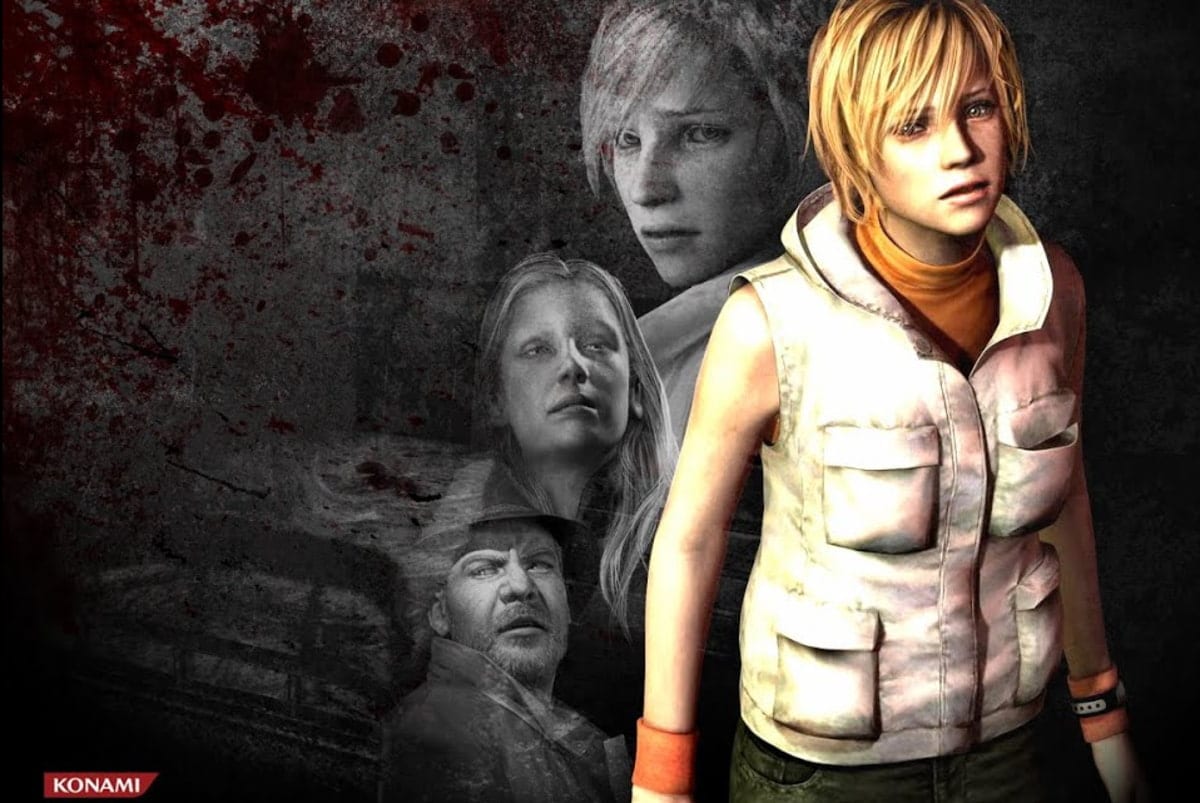 Konami Silent Hill – All You Need to know.

Konami recently contacted many studios regarding this reboot. This includes Supermassive Games, the developers of Until Dawn. But they weren’t able to get into a deal. They even approached Dark Pictures developer Supermassive but were ultimately not signed. However, the framework for that game evolved into the episodic Dark Pictures titles. And as you have guessed, these games aren’t announced officially to date. Among these two unannounced Silent Hill titles, one among them will be a soft reboot and the other a Telltale-styled episodic one.  He also said that there would be an official unveil for at least one game very soon.

DuskGolem, as said before, had some pretty accurate leaks in the past. But even after that, it is suggested to take this with a pinch of sale as Konami always tends to abandoned most of their major franchises. So it won’t be a wonder to see them not giving any attention to the Silent Hill franchise. But Konami recently stated that they are considering ways to provide the next title for the Silent Hill franchise fans ask them for some updates regarding the franchise. 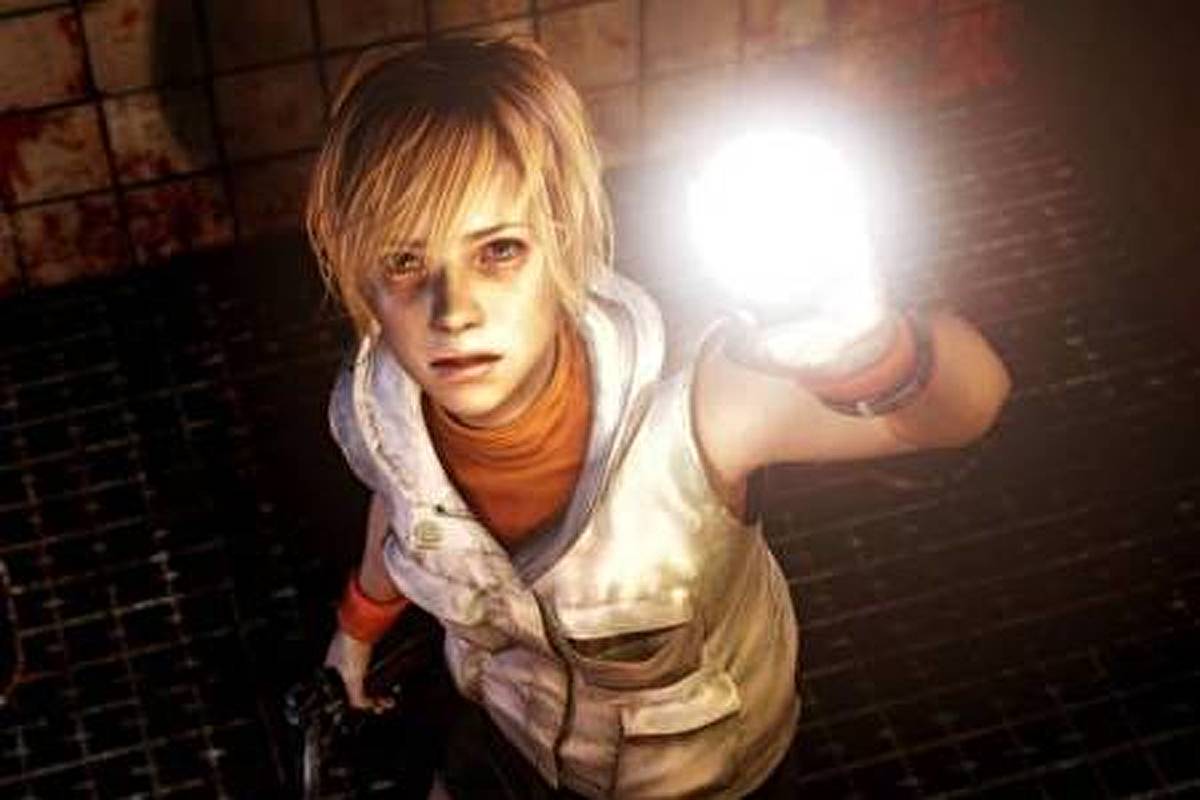 Konami wants to Revival the Franchise.

So there is something coming up from the side of Konami. It is at least a relief from the side of Konami that there is something coming pretty soon. Konami spokesperson has also said that they cannot share anything at this point but are listening to customer feedback and are considering ways to provide the next title. Konami has also quietly refiling lapsed Silent Hill trademarks, also, if you want to know.

There are some even sources claiming that Konami and Sony are working together for a revival of the franchise. And one Silent Hill game is reportedly in production after the deal. This project is allegedly a soft reboot of the series and will be funded by both Konami and Sony equally. This project is currently being helmed by Keiichiro Toyama. Yes, the same person who directed and wrote the original Silent Hill. The team also includes Akira Yamaoka, who has composed many of the Silent Hill games, and Masahiro Ito, who designed the monsters for the first four Silent Hill titles. Interestingly, Ito had actually teased that he was working as a core member on a new game, and he hopes that this project won’t get canceled. 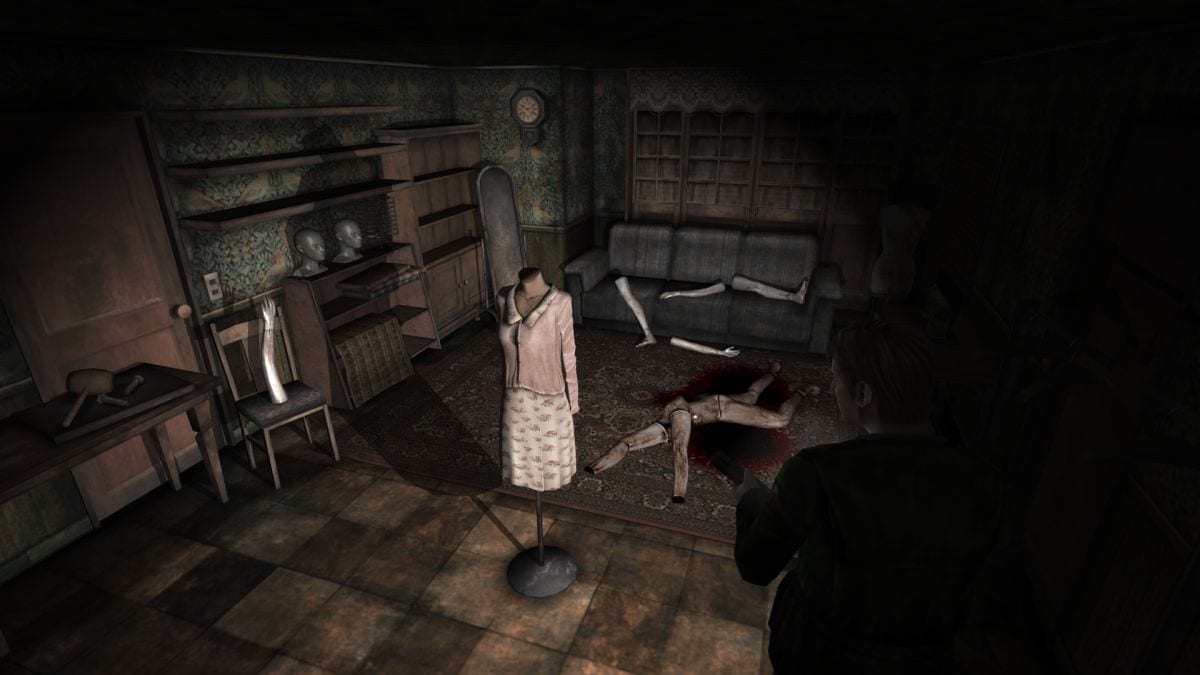 If this game happens, there is a very high chance that it will support the PS5. As for the other game, it is said that Konami is working again with Hideo Kojima to restart the previously canceled project. For this project, Sony is working on reworking the relationship between Kojima Productions and Konami. This project was resurrected because of the buzz and continued demand it gets even after five years of its cancellation.

As for the old Silent Hill game released in PlayStation 2, Twitter users punk7890 and Bigmanjapan have discovered a secret mini-map. Along with this, the community was also able to discover that save anywhere feature. This can be unlocked after the players completing the game and then receiving the Dog Ending.

But don’t get your hopes up. Recently the Konami US PR rep acknowledged these reports as not true. Yes, they said that every rumor on the internet regarding Silent Hills is all false. this puts every speculation and rumor into a cloud where there is total confusion. While there are strong rumors, we should for now take Konami’s words into account. They do say that they haven’t put an end to the franchise though, at least that should be a relief. 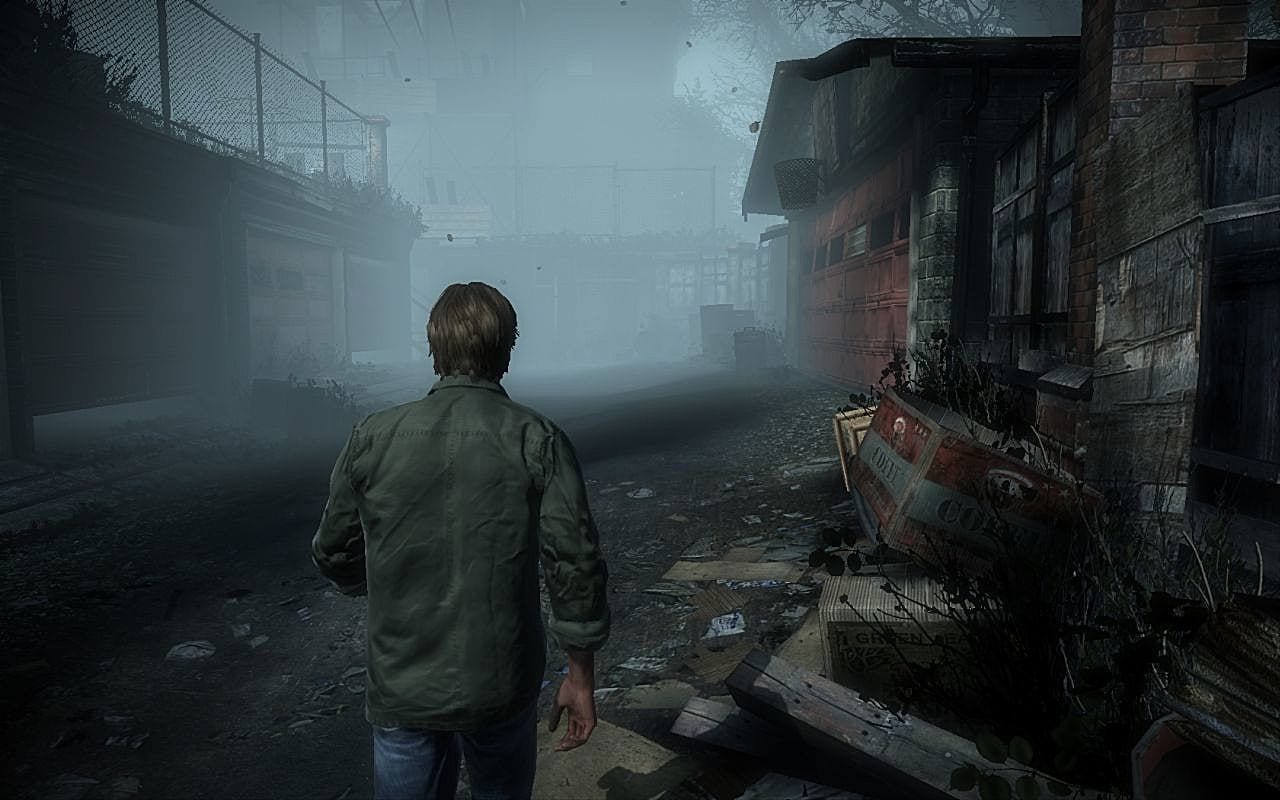 This official statement puts the Silent Hill franchise on the ice at this point. Even though the statement said that the projects, according to the rumors, are not happening, talents like Masahiro Ito are still working on a new title. In more recent times, Ito had worked in games like NightCry, Metal Gear Survive. Fans are all confused about what Ito could be working on currently. Maybe we will see more information regarding that in the E3 2021 or later this year.

Are there still hopes for Silent Hill?

And then comes another twist in the story. Legendary Japanese video game composer Akira Yamaoka may have recently teased Silent Hill. In a recent interview, Yamaoka stated that he was working on a project that would be revealed soon, most likely in Summer. He said that this game would be the one everyone has been waiting for.

The clip was later removed by the channel on Youtube as they were asked by the company to do so! Although they don’t reveal anything regarding which company it is, we keep our eyes on Konami and Sony. But Konami stated that they were not the ones who asked to remove the video. But it may also be another company as Yamaoka is a prolific composer and has worked with many companies. So the chances are that he may have stated about another game by another company. 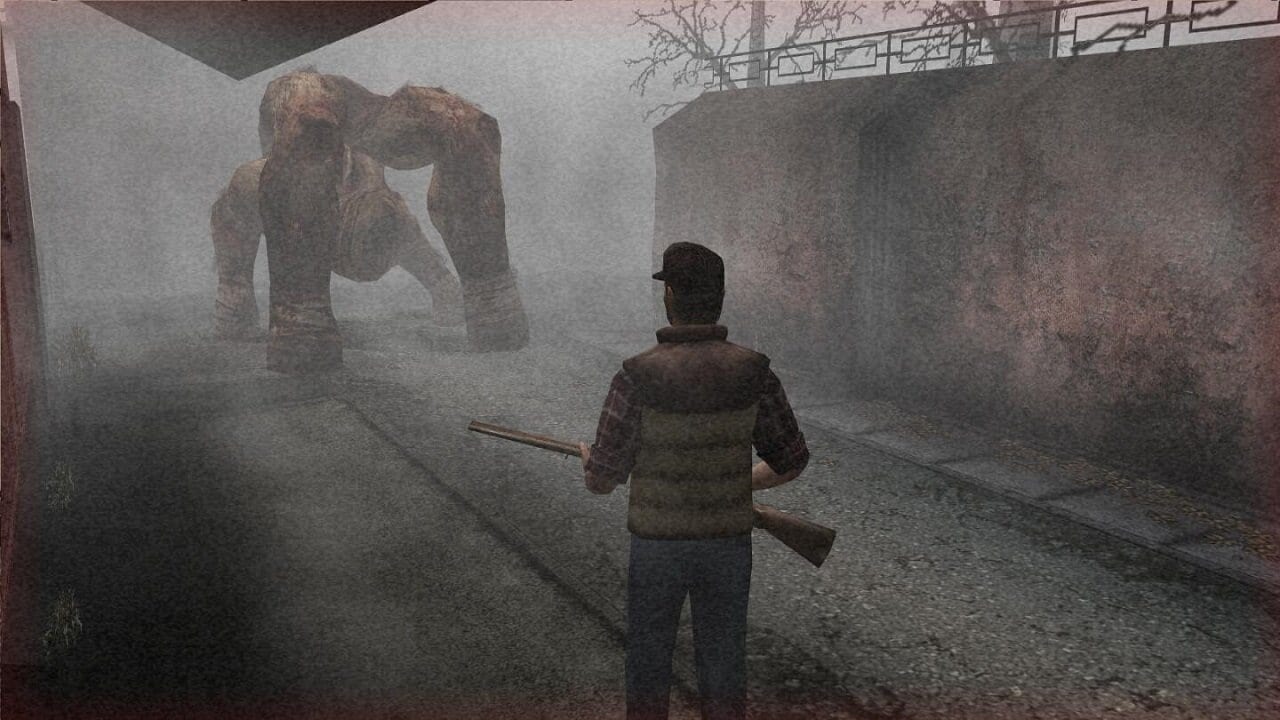 So what can we understand from this totally confusing situation? Even though Konami US has said that there is no partnership happening between Sony and Konami and all those rumors regarding two games are developed are also totally untrue. They still confirmed that They haven’t shut the franchise and will be looking at the possibilities for a new Silent Hill installment. Not two, but at least one, maybe.

There are also some rumors that Konami is still waiting for other brands to pitch some ideas for a spin-off of this popular horror game. But there are still rumors suggesting that there will be an announcement regarding Silent Hill, mostly in Summer. So we all have time to wait, at least until Summer, to make sure that if these rumors are true or not. As the feel of waiting for something is still a good feeling. 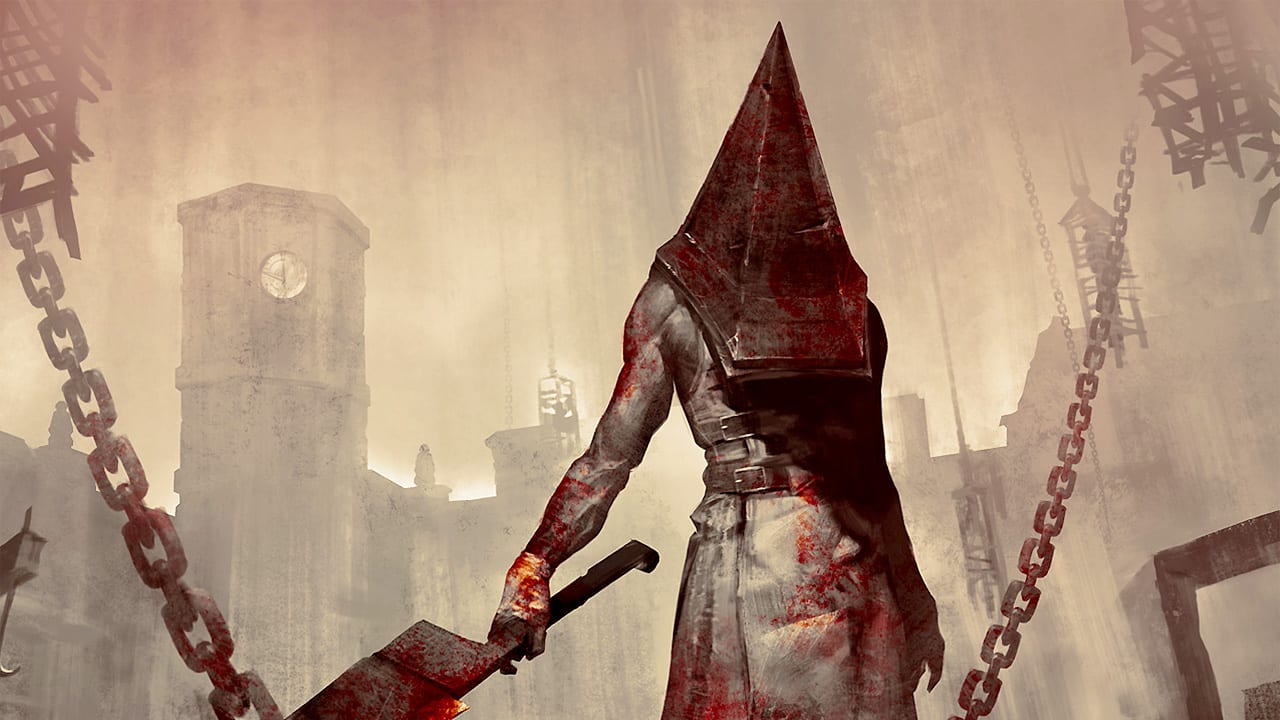 Other than Silent Hill, Konami is said to be working with their in-house titles like Metal Gear Survive and Contra: Rogue Corp. The brand is also looking to partner with other studios for new game franchises. The company is looking for titles focused on first-person action games, pivoting from their horror genre. For those who don’t understand, Silent Hall is a horror game, and if the community doesn’t want a horror game as much as they want an action game, the chances are that we may not see a new Silent Hill.

Who is Tom Felton Dating? Rumours Regarding Co-star

Drake Bell Net Worth: How Much Does The Famous Actor Earn?

Drake Bell Net Worth: How Much Does The Famous Actor Earn?

Fans have finally gotten to know more about the characters of Snowdrop. Recently, JTBC had given fans a sneak peek...

The viewers are eager to watch the upcoming episode of Gold Rush that is Gold Rush Season 12 Episode 7....

Cobra Kai Ending Explained: What Happened At The End of Season 3?