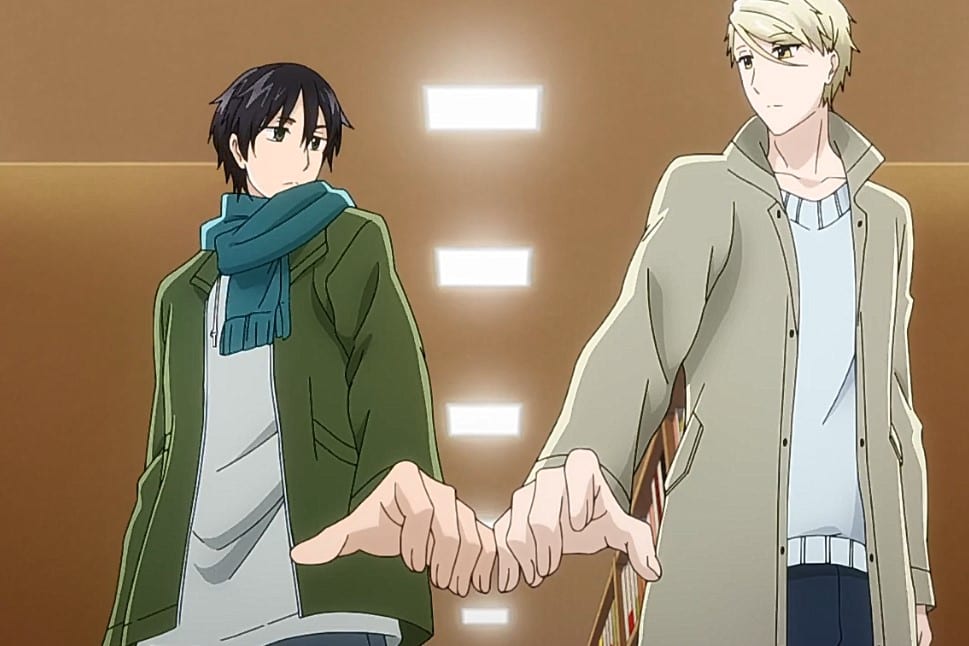 In the morning, Kai realizes that a new volume of Foward World is on sale. He heads to the store to get a new volume. He is glad that he has realized it in time, and he will also get it for Ichika. When he arrives at the store, he saw Ryo near the Forward World section. Kai wears a hat and realizes that Ryo is the last guy he wants to bump into. He begins planning on how he will get Forward World without bumping into Ryo. He is surprised that Ryo is interested in Manga.

Kai tries to hide, and he went to another section without realizing that he is in a Shojo Manga section. The lady near the section asks him to pass her a book called Forbidden Love, and Kai realizes that he is in the wrong section. He hides his face and walks away with embarrassment since it is written for adults only. Kai runs away and heads straight to the Forward World section. He is glad that he can’t see Ryo, but he accidentally touched Ryo’s hand when he picked up the volume. Kai got shocked that he is meeting with that guy again.

Kai told Ryo that he is not supposed to be in this section. Ryo told him to relax and stop yelling in the bookstore. He handed over Foward World to Kai and told Kai that he could buy it. Kai realizes that yesterday he met with Ryo’s Rio, who told him to be careful if he is in love with Ichika. Rio reveals Ryo is madly in love with Ichika, and Kai must watch out. Kai thanks Ryo for handing over the new volume to him. He comments that he was not aware that Ryo read light novels.

Ryo didn’t hesitate to tell the truth since he felt that Kai is a challenge for love and war. He reveals that Ichika recommended light novels to him, and he began reading some, and he likes them. Kai comments that he likes them too, especially Forward World. Ryo replies that they might have similar tastes, and Kai asks what he is trying to say. Ryo said favorite things like foods, color, and their taste in women. Kai realizes that Ryo is saying everything based on Ichika. He comments that Ryo is right. 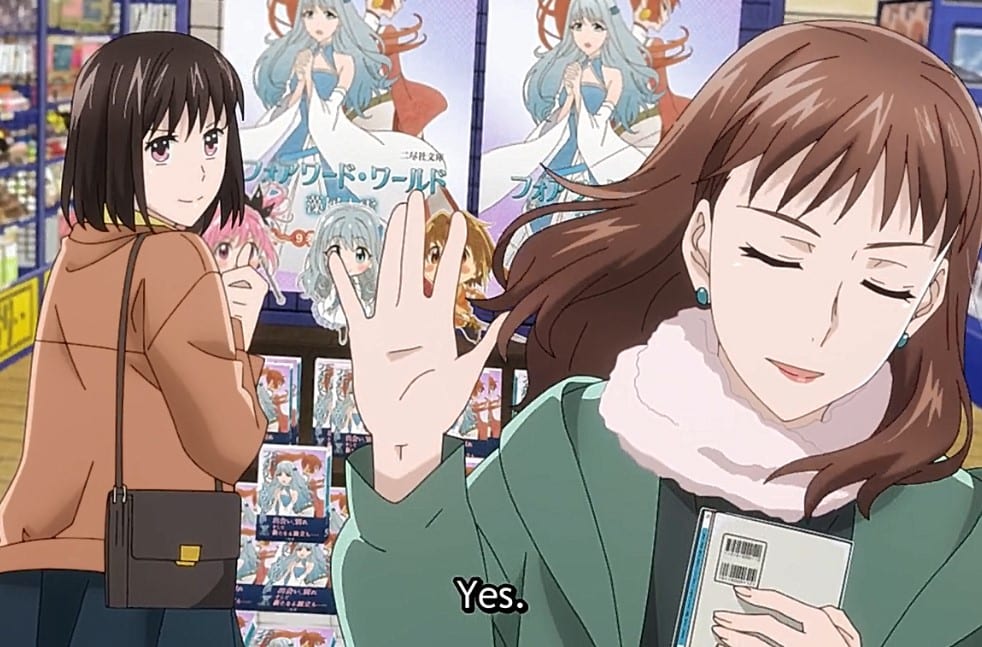 Kai told Ryo that he is going to pay and leave. When he is about to pay, he finds that the guy at the till is Ryo’s friend. Kai froze and wonders if Ryo is after his tail with his friends. Ryo bumps into a guy who told him to move out of the way since he is standing infront of the section with a book he wants. Ryo asks the guy if he wants to do things that way. The guy notices that this dude is not the one to mess up with, and he apologizes for talking like a hotheaded punk.

Meanwhile, Kai finished purchasing his book. Ryo’s friend told Kai that he has guts, and Kai left with disappointment that he met with two guys that he never expected to meet with. Mistushima sneaks inside the bookstore to buy Forward Wolrd. She is excited that no one has seen her picking up the book. She realizes it is the volume that she has been waiting for. Mitsushima took her cellphone and tweeted that she finally got the volume she has been waiting for.

But Ichika arrives, and they are surprised to see each other. Ichika asks Mistushima if she like Toho, and she replies yes. But the two don’t know each other. They talked about their likes and preferences, but they forget to tell each other their names when they go separate ways. Later, Ryo calls Ichika, and they talk about the new volume. He saw that Valentine’s Day was approaching and invited her to his house. They both argued about what they will be doing on Valentine’s Day.