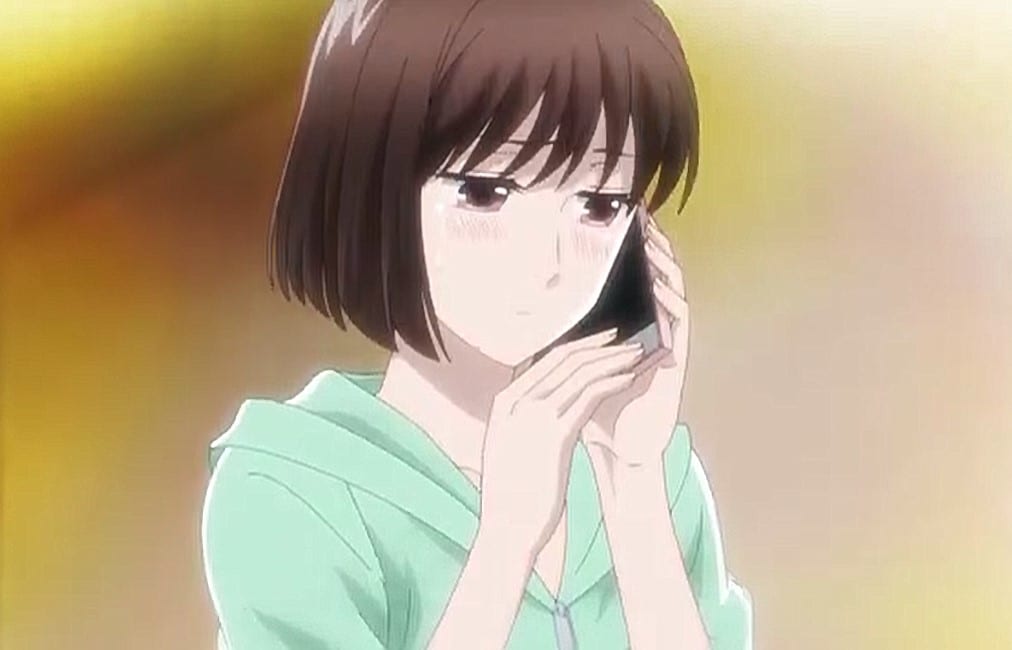 The students head on the trip, and Ryo is worried about Ichika. On the way, the teachers announce that their new photographers will be Taguchi and Masuda. Ichika and Rio were disappointed since they know that Masuda is Ryo’s friend. Ichika suspects that Ryo might have sent Masuda to spy on her. The students enjoy taking pictures and eating ice cream. Masuda annoys them by keeping on taking pictures. Rio calls him and asks him if Ryo sent him to spy on them.

Masuda replies that if Ryo did that, he would have been updating Ryo every minute. He also said that Ryo would want to be his assistant to do the spy job by himself. Other girls who know Masuda told him to come and hang with them. When he has left, Rio comments that Masuda is popular with girls. Ichika comments that he is easy to communicate with. The two heads to the arena and got separated from each other, and Ichika bumps with Kai.

Rio sent a picture of Ichika to Ryo, who fantasized about the picture. Meanwhile, Kai realizes that it is his time to hang with Ichika. He asks her o walk with her around. Ichika asks him if his friends have left him alone, and he agrees. The two head two the tank and watches the fish. Ichika got excited witnessing the sharks swimming, and Kai wanted to touch her hand. But Masuda arrives and interrupts them, and Masuda realizes that this is what Ryo was afraid of. Masuda joined the convo, and Kai wanted Masuda to keep the free time.

At his work, Ryo bumps with Matsushima, and he helps her pick her stuff. Ryo notices that Matsushima likes anime just like Ichika. He told her that he got to live Forward World due to someone. Matsushima told Ryo to keep it a secret that she loves to watch anime. Ryo told her that she could never back off from what she loves. The two-part ways and Matsushima notice that Ryo has changed and he is not into any girl. Back at the school trip, Rio, Ichika, and their friends head to the dorm.

While they are doing girls’ talk, Ichika receives a phone call, and she hesitates to pick it up. The girl asks her who is calling her and Rio realizes that it is Ryo. They told her to head to the hall to answer the call, and she heads out. Ryo greeted her and told her that she is missing her. He asks her everything that they have done so far, and Ichika explains everything. Kai arrives and hides nearby, listening to what Ichika is saying. Ichika told Ryo that she misses him. Kai got struck by those words, and he wonders if he stands a chance.

The two talk sweetly and romantically while Kia is listening. After a call, Kai bangs his arm with the wall, and Ichika saw him. He told her that he was going to buy a drink. Ichika told him to go together, and Kai decided to make his move. He asks Ichika to hang with him tomorrow when she is free. Ichika agrees, and they both head to buy some drinks together., The two hang out together in the morning, and Ichika notice that Kai is different this day. Kai treats Ichika, and she was surprised.

Kai told her to wait and said he is going to buy someone something. When he returns, he saw a guy dressing like Ryo talking sweetly with Ichika. Kai rushes quickly and grabs Ichika away, and Masuda told Kai that it is him. Kai is relieved that it is the cameraman and it is not Ryo. He comments that he thought it was someone hitting on Ichika. Masuda left and realizes that Ry0 has a rivalry. Kai gives Ichika a drink, and they both enjoy their day.

The next day the students head back home, and Masuda told Ryo everything that has happened. Ryo heads out and goes to the movies with Ichika. He wanted to ask her about Kai, but he couldn’t. They both head to the cinema and watch a movie about two guys fight for the girls they love. A rich guy took over the girls of a student who has no money. Ryo thinks that what is happening in the movies will happen to him, but it will be different. After the movie, they both head home, and Ichika was thinking about Kai.