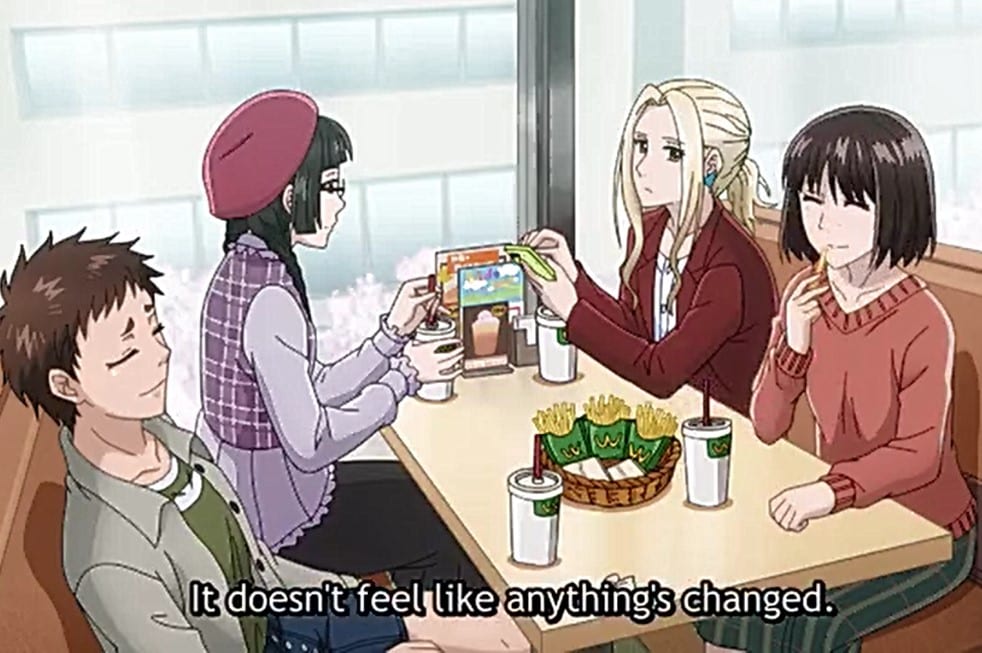 Koi to Yobu ni wa Kimochi Warui or Koikimo has finally concluded. So let’s find what the episode finale has to offer for us below. In the morning, Ichika heads to a restaurant with her friends. The girls realize that the final exams are nearing, and they have to decide on what they want to do. Rio told Ichika that she has decided on what she wants to do. Ichika realizes that she is the only one who hasn’t decided on anything and wonders what she has to do. But her mother, Yuriko, is okay with wherever Ichika wants to go.

Ichika also said that she has no idea what she should pursue. One girl mentions that she wants to be a PE teacher and get her teaching license at a public university. Ruri adds that she wants to attend fashion design school, and once she graduates, she will make her brand and sells things online. Ruri feels sad that her mother is against her idea, but she will convince her mother. Rio notices that it is her turn to talk and comments that she will become a lawyer.

Ichika got surprised to hear that Rio wants to be a lawyer since she expected that Rio would run her family business. Instead, Rio said she didn’t tell anyone but her family about becoming a lawyer. Ruri asks Rio if she has a reason for becoming a lawyer, and Rio replies that it is fantastic. Ichika can’t believe that the awesomeness of a lawyer makes Rio want to become a lawyer. Rio told the girls that she is searching for a school that teaches law. Ruri wonders if Rio’s parents support her decision.

Rio reveals that her parents don’t like that, but they accept since it is her career. Ichika asks about Ryo and what happened for Ryo to end up as a businessman. Rio replies that she was too young to know about that, and she has never asked Ryo anything. Rio also said she has no idea what Ryo studied at school or learned to mess around girls. Ichika gets relieved after learning that Rio pulled a joke. Ichika thought that Rio knew everything about her brother Ryo. 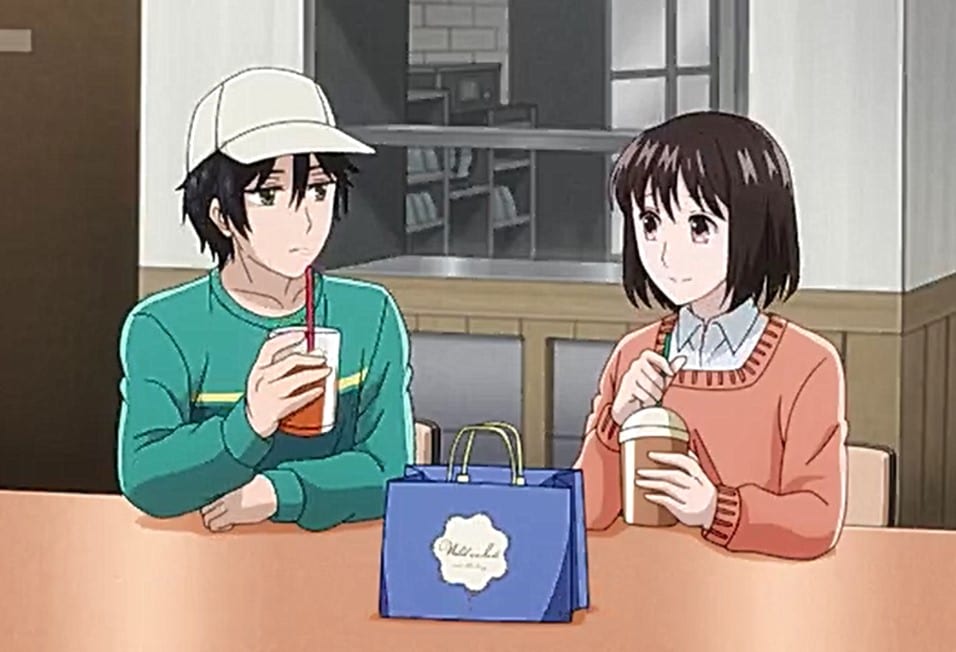 Kai went to the cafe and gave Ichika a gift since a new school year has started. Ichika wonders what that is for since there is no special occasion. Kai comments that he couldn’t wait for two weeks, and the present is for White Day. Ichika thanks Kai for the gift. Kai replies that he has to get her something since he didn’t give her anything on Valentine’s Day. Ichika told Kai that she hang out with Rio and the other girls yesterday. Kai listened to Ichika, who said they were deciding on what they have to do.

Ichika asks Kai if he will attend college, and Kai replies that he is thinking about getting into a liberal arts school. Ichika believes she has the same dream as Kai, but she seems unsure. Kai comments that he will think about what he will do once he gets into college. Ichika replies that it is a good idea and she might try that too. Kai suggests that they can ask older people than them since they might get their minds cleared on what they want to do. Later in the evening, Ichika talks with Ryo, asking him for career advice.

Ryo realizes that Ichika likes art and advices her to pursues art. Ichika comments that she thinks it is not a good idea since she is terrible at drawing and painting. Ryo told her about the curator, and Ichika seems to like that idea. Ichika asks Ryo about the school he attends. Ryo replies that he followed the path his parents chose for him. The next day Ichika visited Ryo’s home and met with Ryo’s father. Ryo’s father wonders if Ryo is bothering Ichika. Later Ryo had a date with Ichika out at the park.