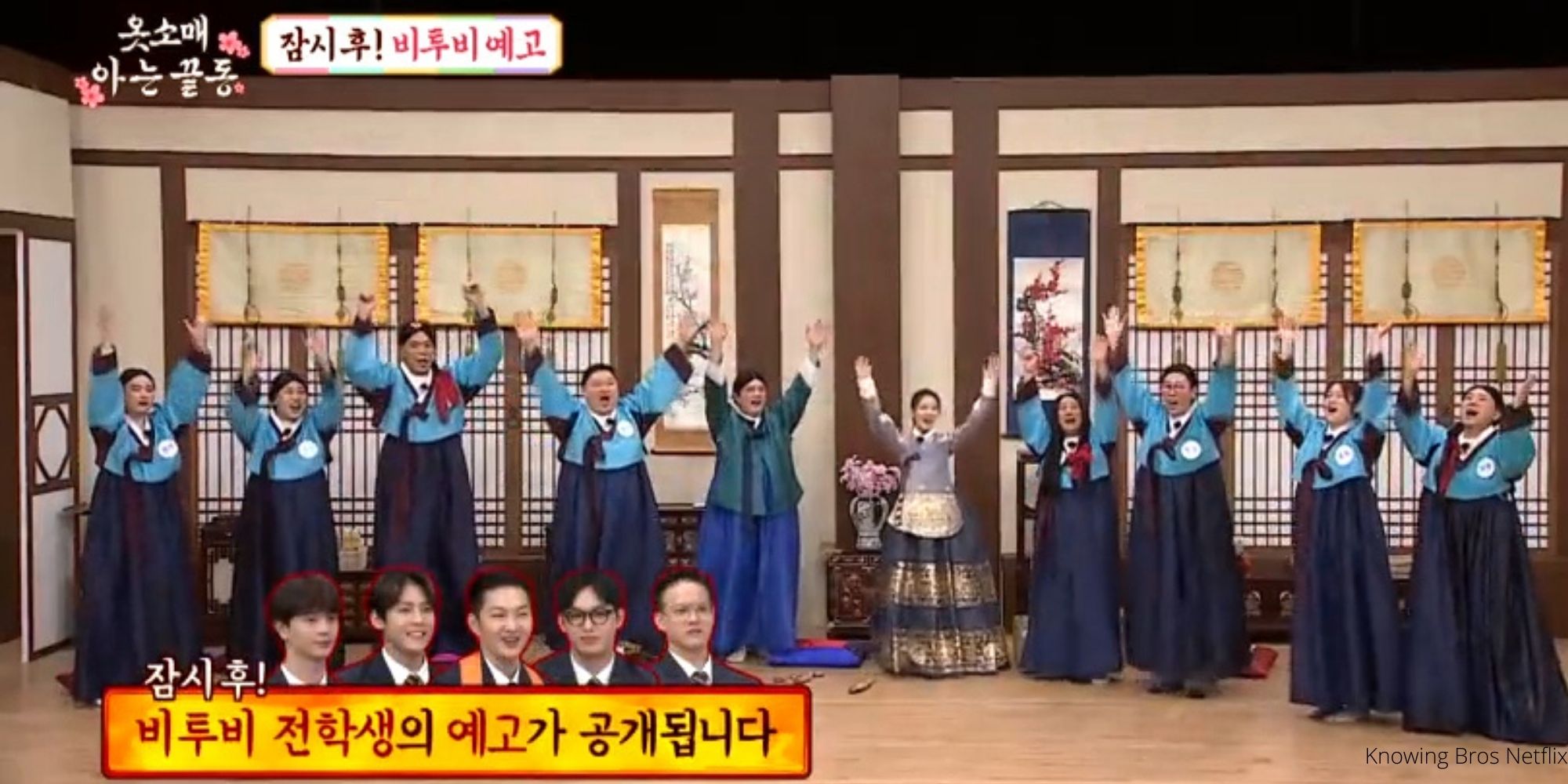 The ‘Knowing Bros’ cast members have a first priority to make their guests feel welcome. After the epic performance by the Epik group on the show, The MOAM school members will invite the BTOB group to ‘Knowing Bros’ Season 7 Episode 9. Some of the activities that will blow the roof off in the Episode will be a dance-off, a singing competition, and guess the word.

As for the previous Episode, the MOAM students had a lot of fun with ‘The Red Sleeve’ actress Lee Su-Young. Also, we found many interesting facts about her. She is very athletic and proved to be the best dunker when it comes to basketball. However, there is still a historical angle to the Episode that is yet to be explored.

After the Epik high members made the ‘Knowing Bros’ Episode memorable, it’s time to invite the famous court lady. The actress of ‘The Red Sleeve,’ Lee Se-Young, appears in the ‘Knowing Bros’ Season 7 Episode 8. The South Korean actress Lee Se-Young has been part of many amazing shows like ‘The Crowned Clown,’ ‘Rain Shower,’ and ‘When I Turned Nine’. However, she is best known for her role as Seong Deok-im in the historical drama ‘The Red Sleeve’. As the ‘Knowing Bros’ cast starts interacting with Se-Young, the first discussion is about her being a talented child actress. She has been active in the entertainment industry since 1997.

You must not be surprised to know that her plan was never to be an actress if you have been following Se-Young since her initial shows. Her future plans included Ms. Korea, President, dancing queen, and painter. As for the actress’s hobbies, she likes to watch football lying on her couch. Also, she is into reading ‘Slam Dunk’. It is a manga that depicts the story of a boy who joins the basketball team to impress his crush. Moreover, if you have never seen Se-Young in action, in this Episode of ‘Knowing Bros,’ she takes to the floor and shows off her boxing skills. 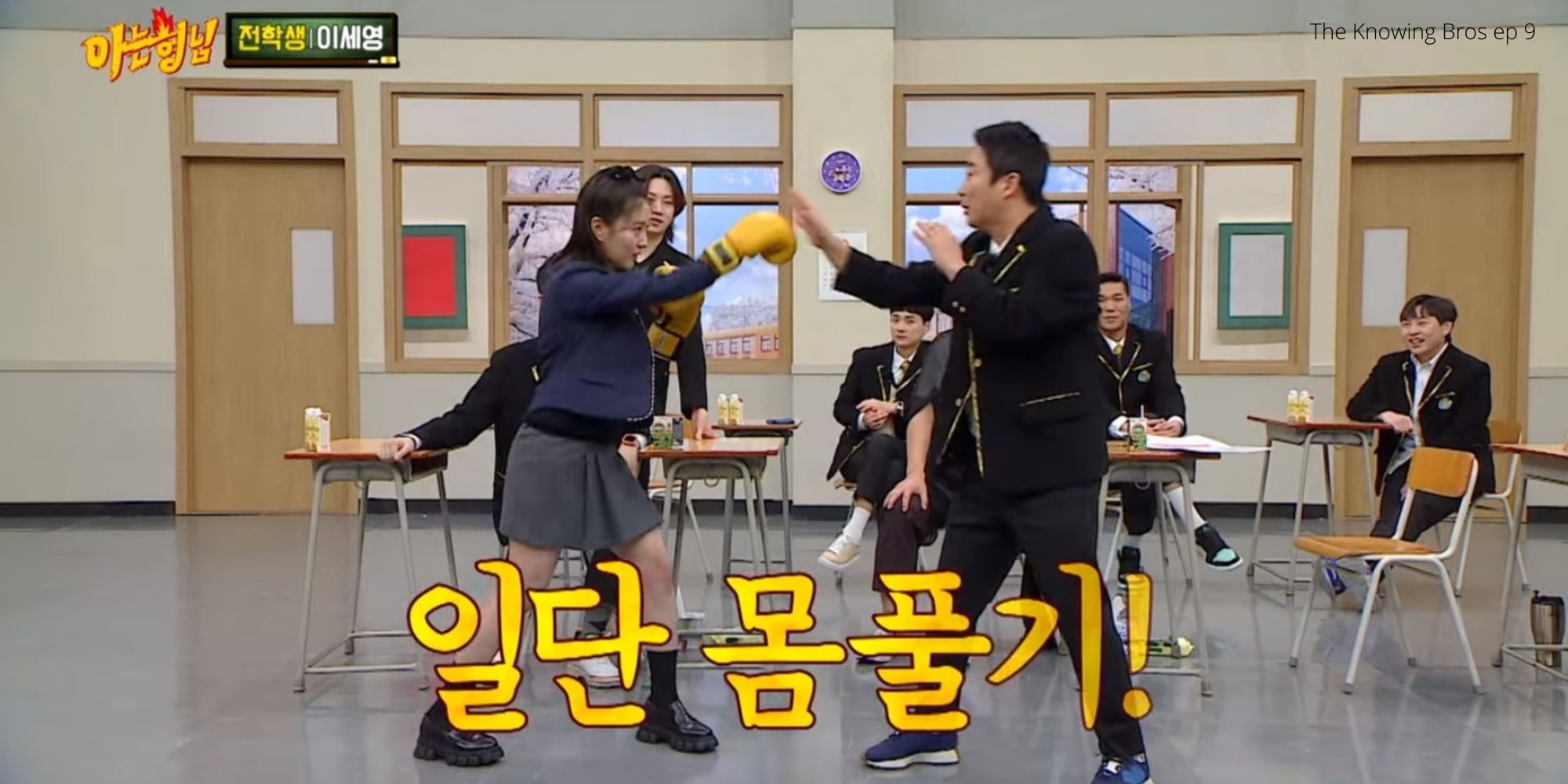 Also Read: How To Watch Sleepover Club? The Most Happening Korean Variety Show!

Everyone knows about Se-Young’s interest in the comic ‘Slam Dunk’. So the first activity of ‘Knowing Bros’ is related to athletics. When Se-Young dribbles the basketball, she is appreciated as she has sportsman skills. This could be because her father has been in athletics for a long time and taught martial arts. Finally, all the members of the MOAM school showcase their dunking skills, and the winner of the round is Seo Jang Hoon. He is the one who is the best dunker as well as the coach.

The basketball game goes on for a long, but in the end, it is fruitful, and Se-Young becomes the star of the night. After this, she performed an original song by Sang Min-Park called ‘The Way To You’. As for the fun part, the MOAM school students participated in a role play, becoming the court ladies under the power of Concert Ui. This brought the ‘Knowing Bros’ Episode a twist of historical richness. In the ‘Knowing Bros’ Season 7 Episode 9, the cast is planning to invite all the charms of the World. After five years, the BTOB group will be back on the ‘Knowing Bros’ show. 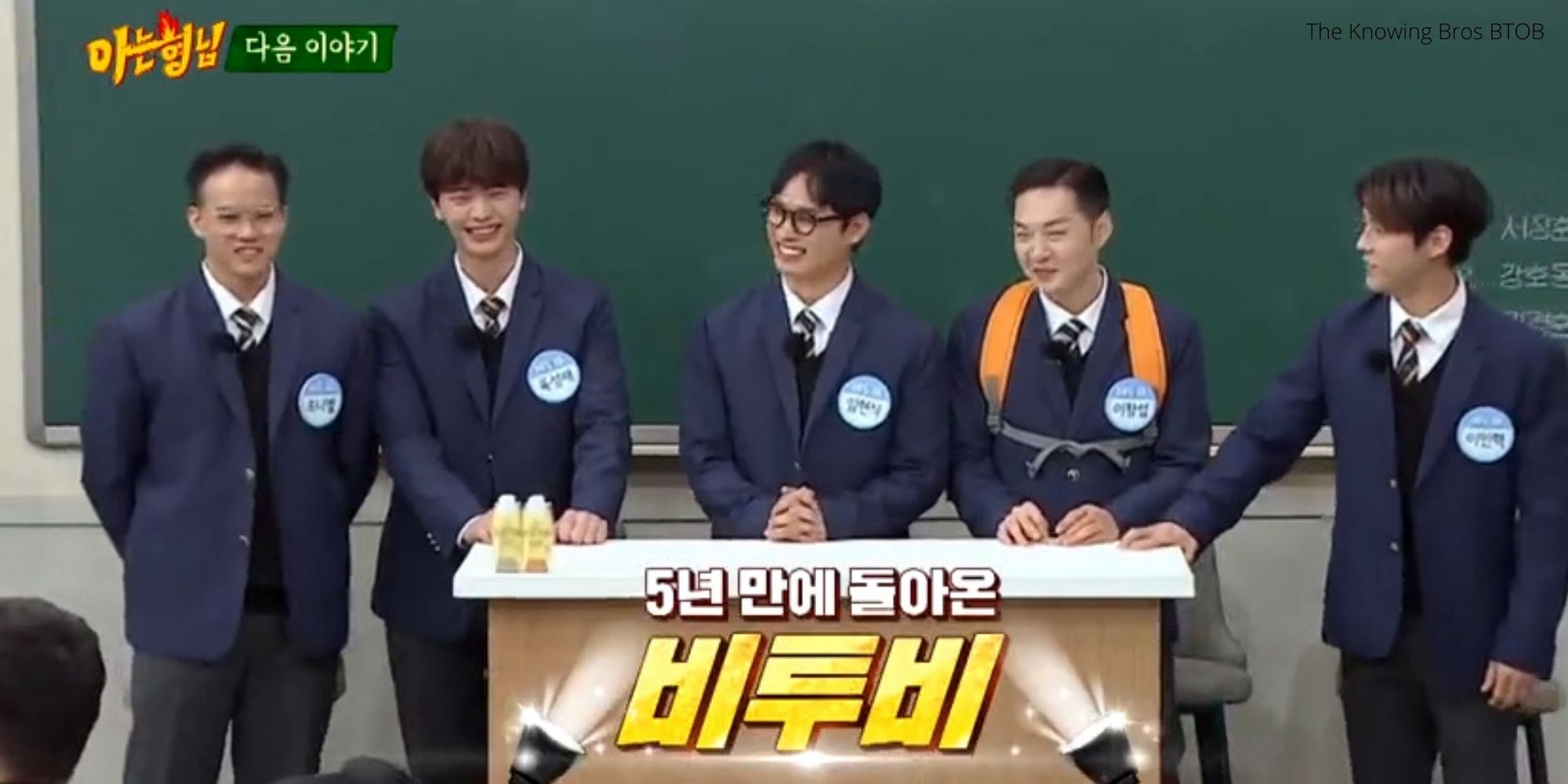 The ‘Knowing Bros’ season 7 episode 9 release date is 17th May 2022. After a fun interaction with Consort Ui (Lee Se-Young). The MOAM school students have interesting plans for their upcoming guests. In the ‘Knowing Bros’ episode, we will see the BTOB group members entertain everyone with their unique and lesser-known talents. Also, the group will showcase their singing and dancing skills and challenge some of the ‘Knowing Bros’ members for a duel. Furthermore, if you think there won’t be any games, you are wrong. The BTOB members will have to understand what the other one is speaking while wearing noise-canceling earphones.